Masked Rider 3 hails from an alternate timeline where Masked Rider 1 and 2 are mercilessly killed after defeating the Great Leader of Shocker. Rider 3 then helps Shocker create a world where the Kamen Riders are either working for Shocker as Shocker Riders or hunted down as public enemies. Going into any more detail would spoil the plot of Super Hero Taisen GP: Masked Rider 3 so I'll just get into the details about the toy.

As an S.H. Figuarts release, Rider 3 has been painstakenly recreated in plastic form. 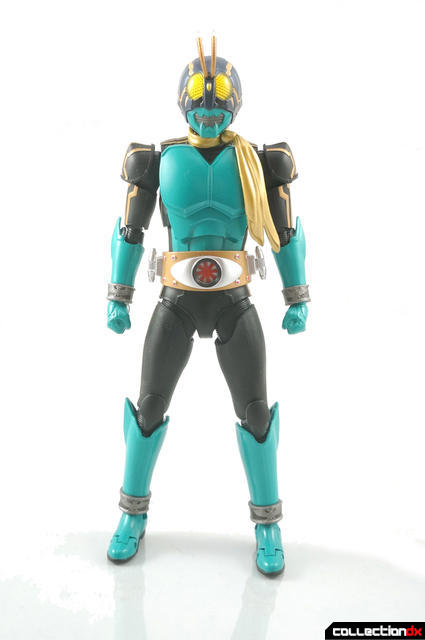 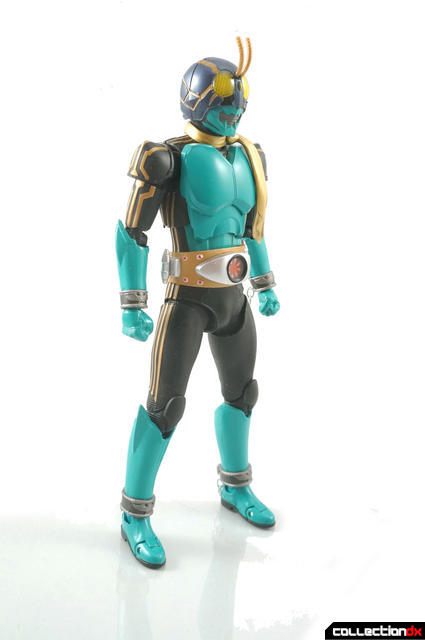 The matte black details pop against the turquise of his armor pieces. I love that Rider 3 basically looks like a modern take on the original Kamen Rider design. It's actually very similar to the look Rider 1 and 2 had in Kamen Rider: The First. 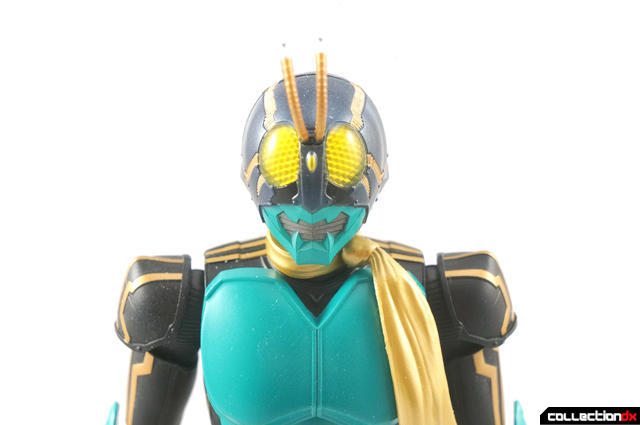 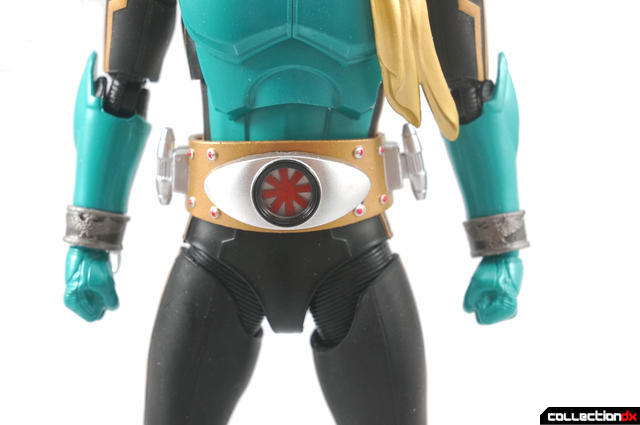 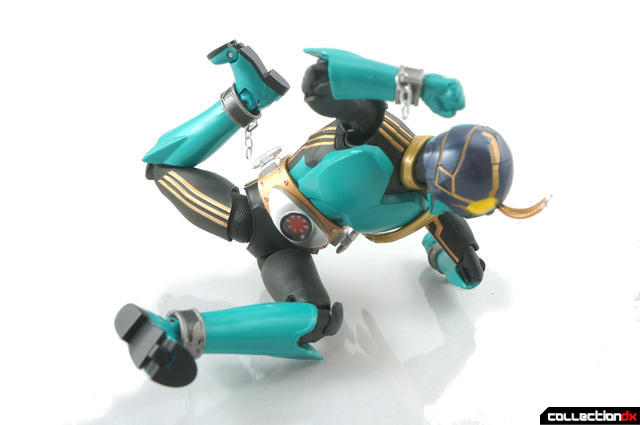 The articulation of this figure is excellent as well! None of the joints are hindered and each piece has a great range of motion. 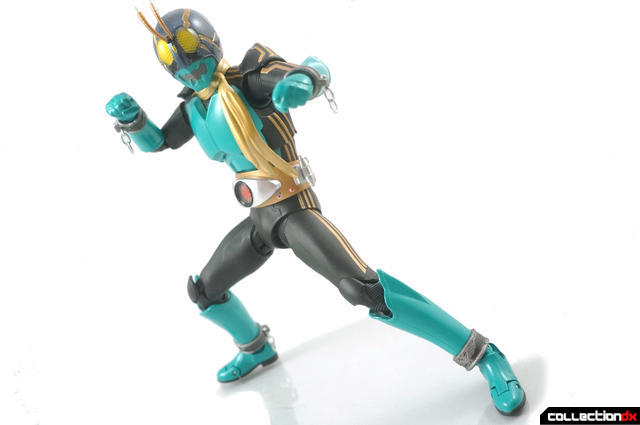 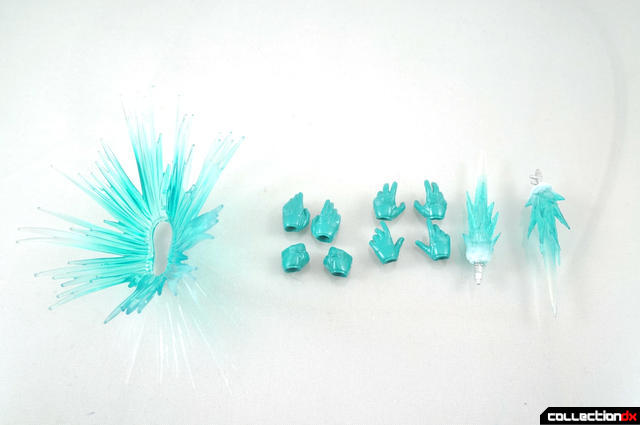 Rider 3 comes with several sets of hands and effect parts. He basically comes with everything he could need. 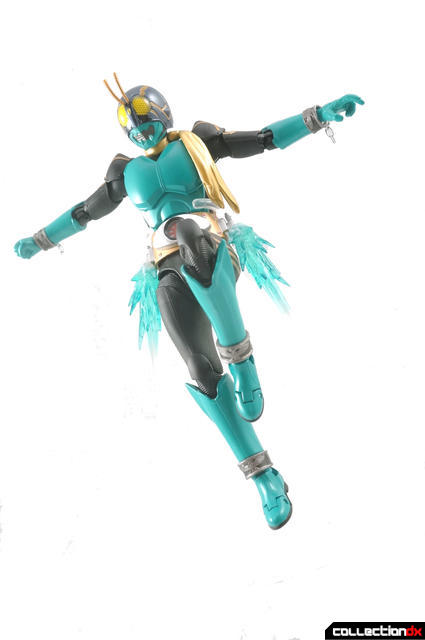 His jumping ability is explained through small jets attached to his belt, so it makes sense to see them here. 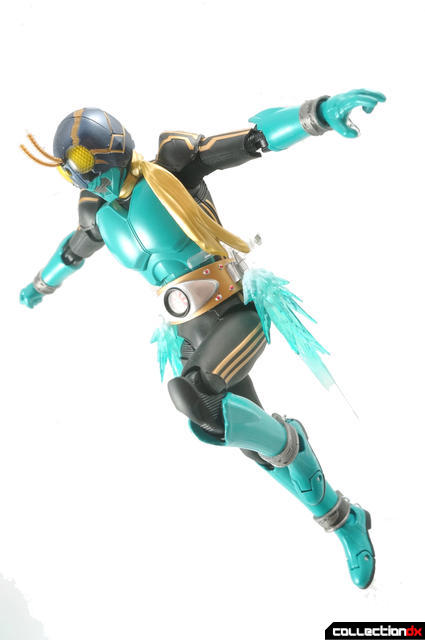 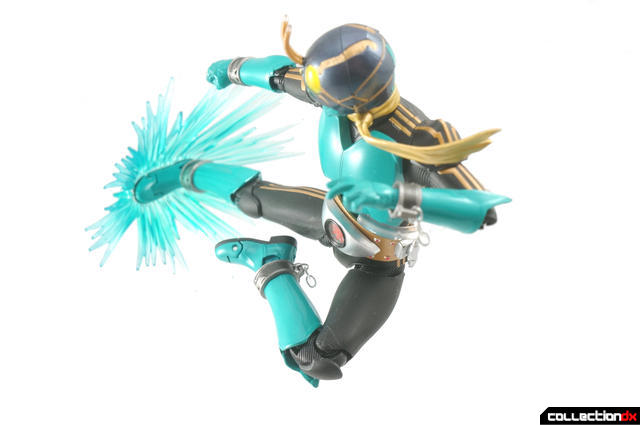 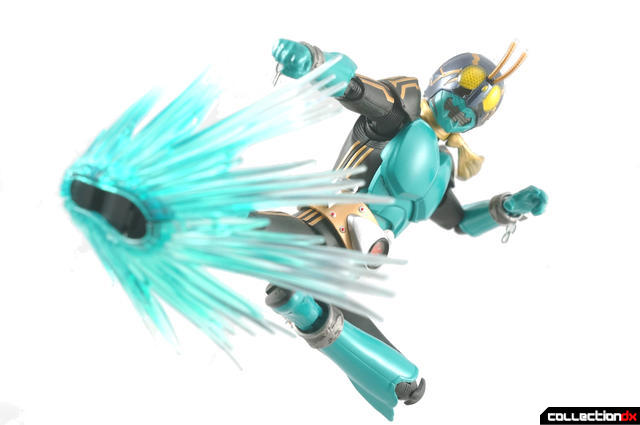 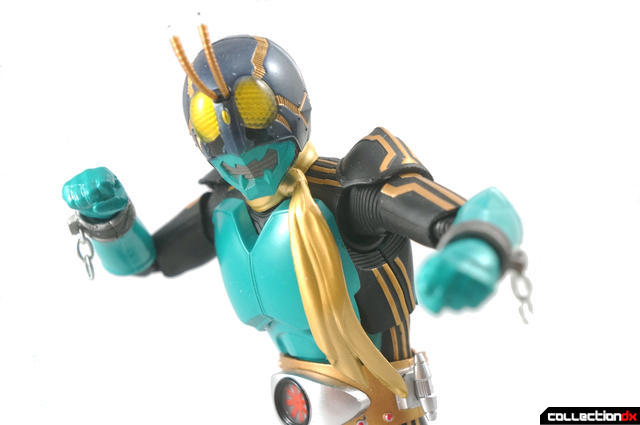 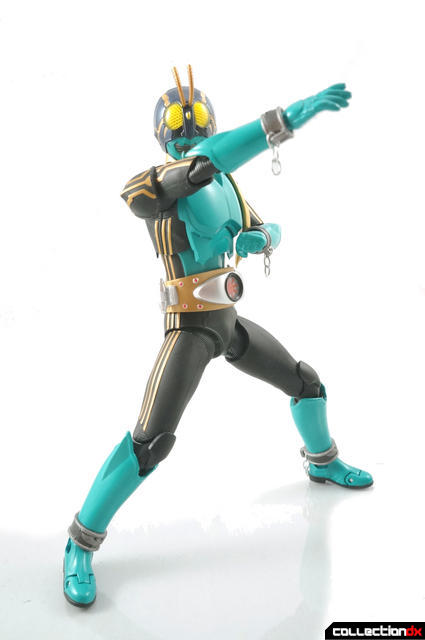 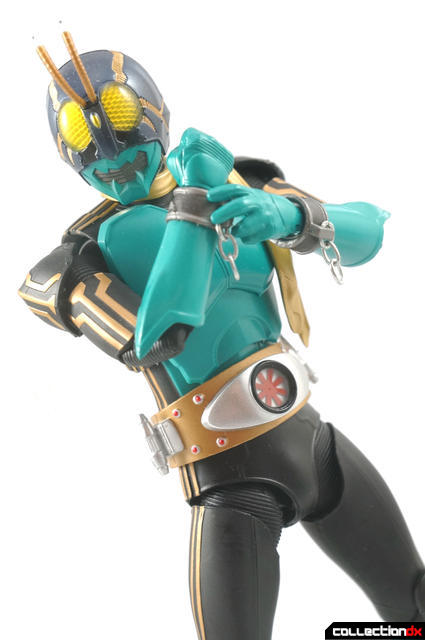 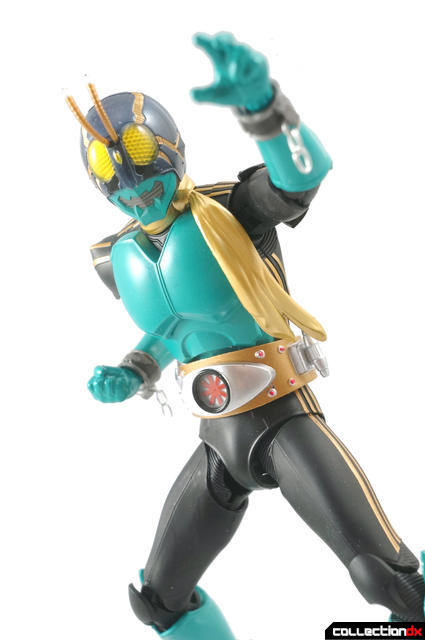 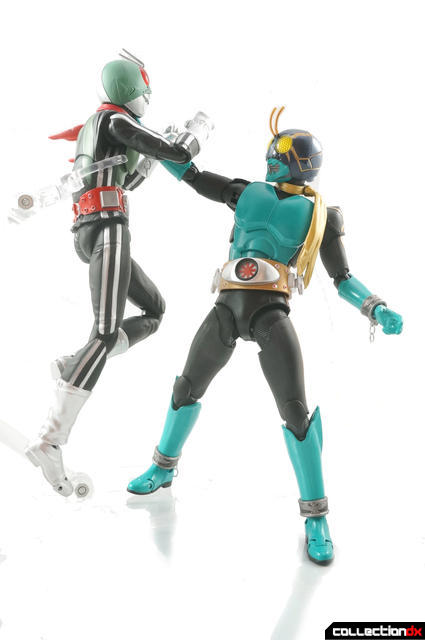 I'm glad that this figure was released at mass retail since it makes it very easy to pick one up. If you have a passing interest in Kamen Rider, or just love the sweet revamp of a classic design, then I absolutely recommend picking him up. This figure is great and will look amazing on your shelf! 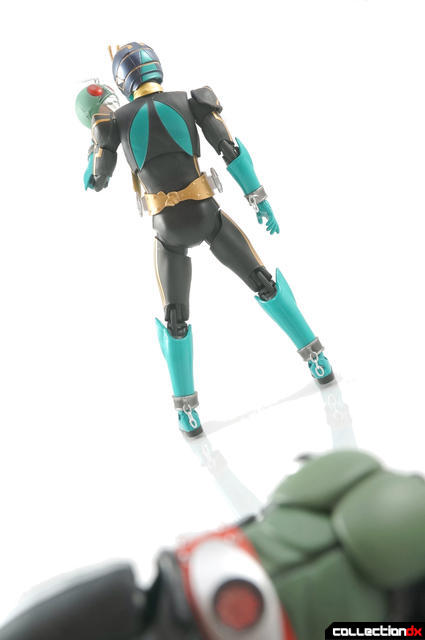 2 comments posted
Who's that guy?

I see what you did there.