While relatively unknown in the west, Cyber Formula was one of my favorite anime series of the 90s. With mechanical designs by Shoji Kawamori, the series featured AI assisted Formula machines with variable modes (aero, circuit and rally).The Asurada GSX is driven by the main character Hayato Kazami with assistance from the super intelligent AI Asurada. Together, Hayato and Asurada race in the 10th Cyber Formula Grand Prix. 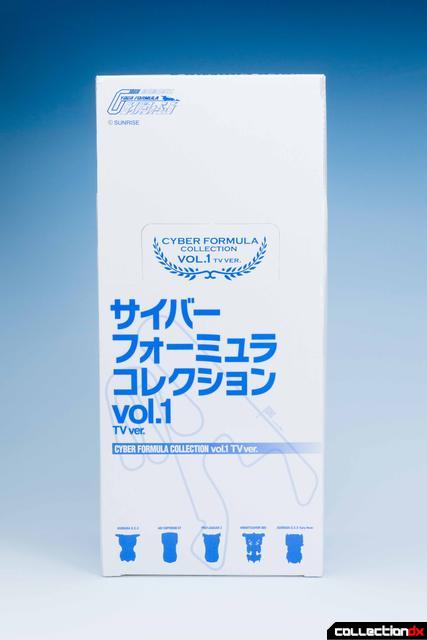 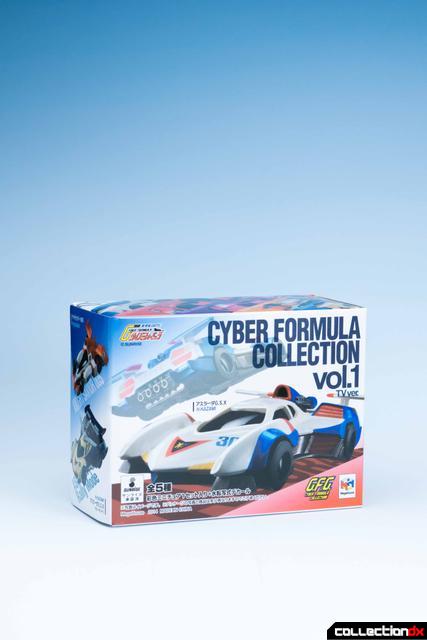 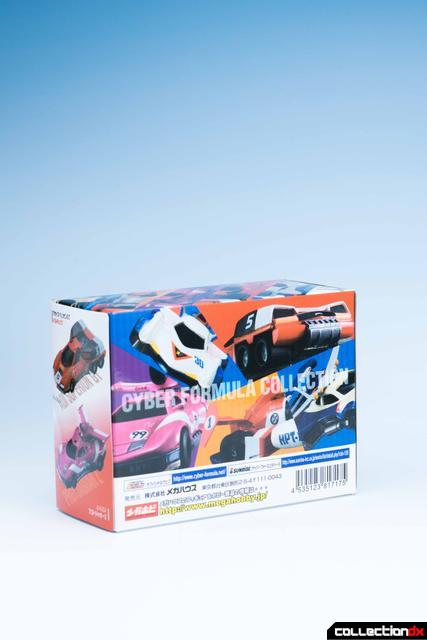 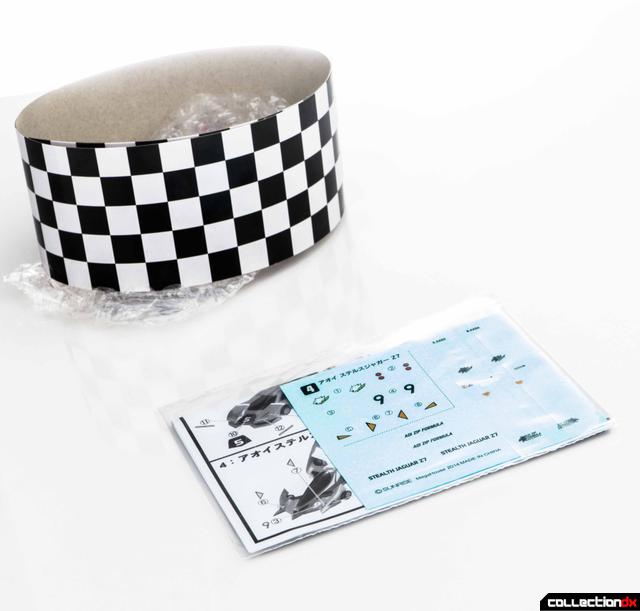 The Asurada GSX comes blind packed in MegaHouse's Cyber Formula Collection Vol. 1. The first volume covers machines from the first half of the original TV series and includes 5 cyber machines. Each box contains a cyber machine, instructions, and decal sheet. The decals allow a more accurate anime representation of the machine as well as additional decals for customization though I only bothered with the former. 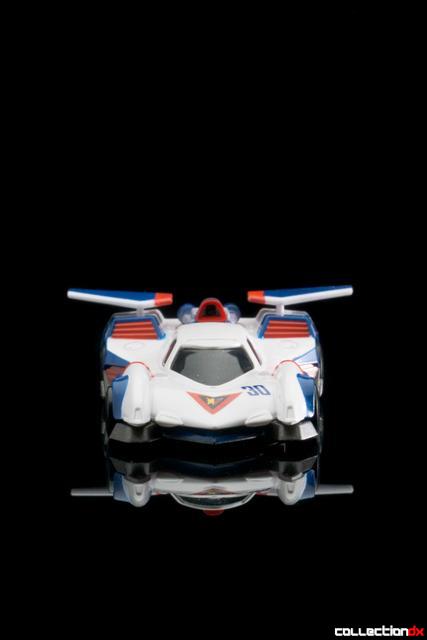 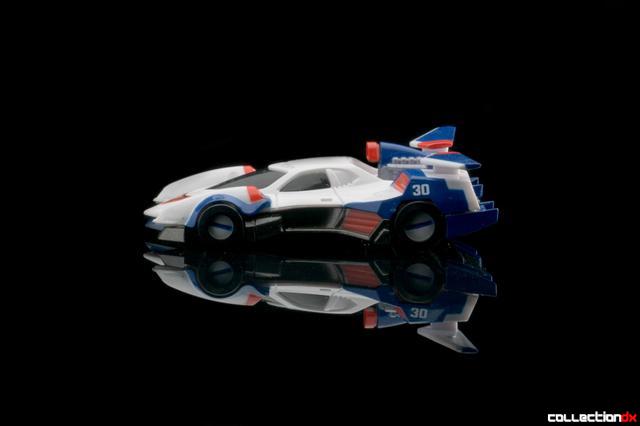 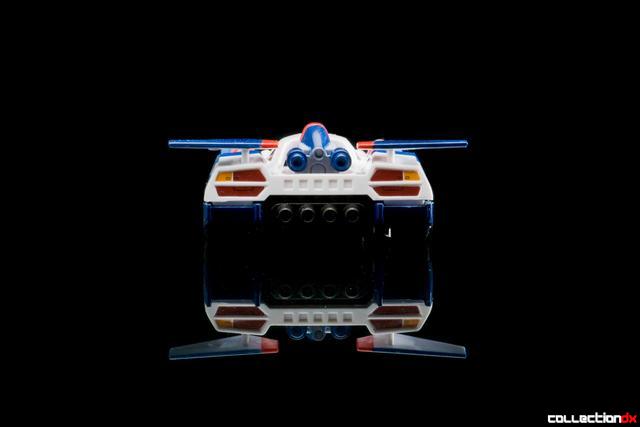 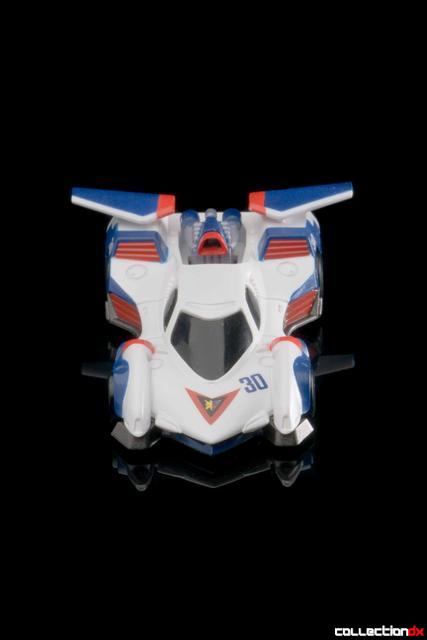 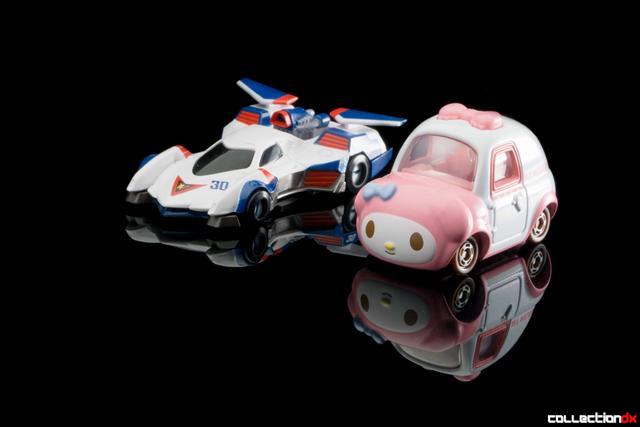 Although labeled non-scale, the Asurada GSX seems to be in scale with most Hot Wheels and Tomica cars. MegaHouse did a great job recreating an anime accurate GSX. 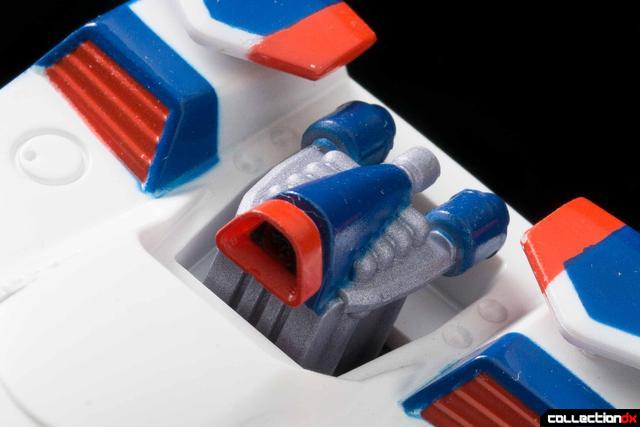 One of the coolest things about Cyber Formula is how the vehicles have variable modes, boosters and many other functions reminiscent of the Mach 5 from Speed Racer. The Asurada GSX is shown in boost mode with the boost pod elevated. 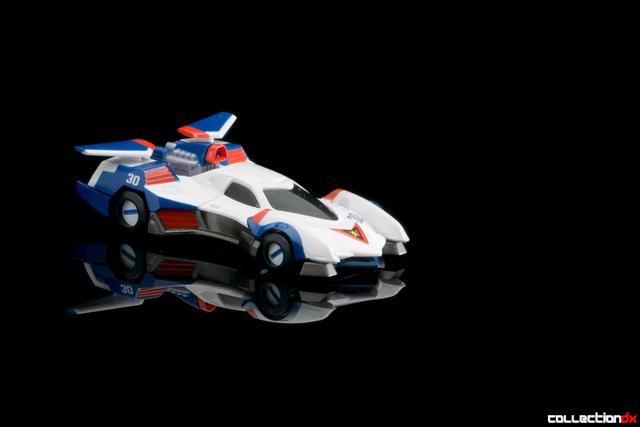 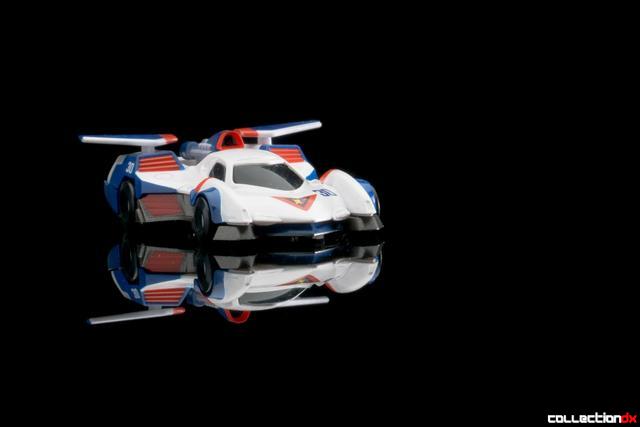 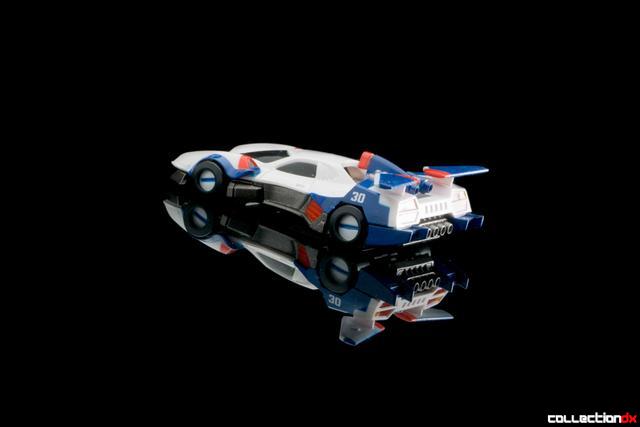 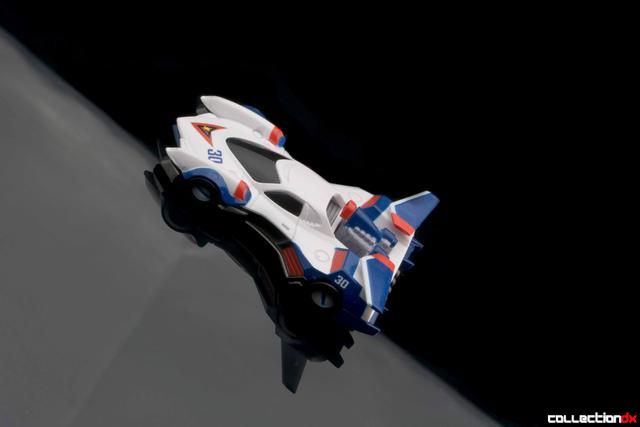 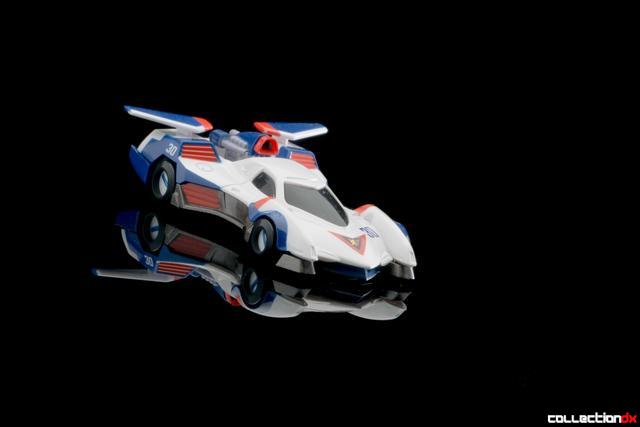 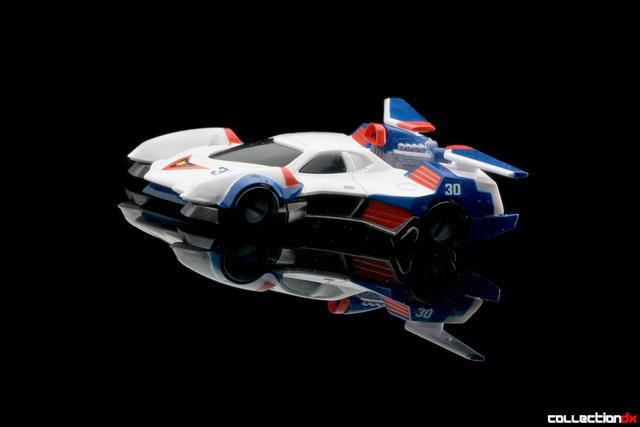 It’s hard to say too much about a little car with no articulation without going into a tangent about how Cyber Formula is the greatest thing ever, so I’ll just let the pictures do the talking. While still looking great, the Asurada GSX does suffer from some annoying paint applications issues on certain parts of the GSX. There are occasional tiny paint specs and areas where the paint has runoff or just not applied enough so the plastic color shows through. At almost 900 yen each, I really expected better quality paint applications when a 500 yen Tomica and cheap 200yen Gashapon toys have nicer paint. While I wish they had tampo printed the decals so I didn’t have to spend an hour on each cyber machine applying them, I can understand giving people the option to customize the cyber machines as they see fit.

Even with the annoying paint issues, I still love the Asurada GSX. I’m sure a major part of it is just nostalgia, but having the GSX in the same scale as Tomica and Hot Wheels really makes them convenient to display together. I really do have to commend MegaHouse for releasing these as the amount of Cyber Formula merchandise available over the past decade has been pretty scarce. With the exception of the original Takara model kits and the occasional 1/24 kits by Aoshima, there just isn’t much available. I’m not sure what happened, but it really does seem like there was a sudden resurgence in popularity for the series in 2014 I’m grateful for it. The Cyber Formula Collection is pretty much the only affordable way to purchase most of the primary cyber machines from the original TV series without going into the higher priced model kits and MegaHouses’s own Variable Action line which only focuses on three of the more popular machines.

If you are a fan of Cyber Formula or just a fan of Kawamori’s designs, I highly suggest picking up the Asurada GSX and other cyber machines in the series. Series 3 is planned for release in February 2015 covering the sequel Cyber Formula Double One and I really hope MegaHouse will continue the line to complete collections of all four OVAs.

Basically another version of Speed Racer....