Alpha Trons is a KO of the Mach Lander from the Takara Land Bison set (from DaGarn). I got this guy during my last UK trip at a dollar store, as I had never seen one like this in the states.

The card is rather nice with die-cut edges. Sadly the print registration was off on this one, so it's a big messed up. Still you can make out the "Interchangeable Robot" logo.

I'm not sure if the toy is Alpha Trons, or Formula Car Robot Fighter, but as I am not likely to have another one, we're going with Alpha Trons. 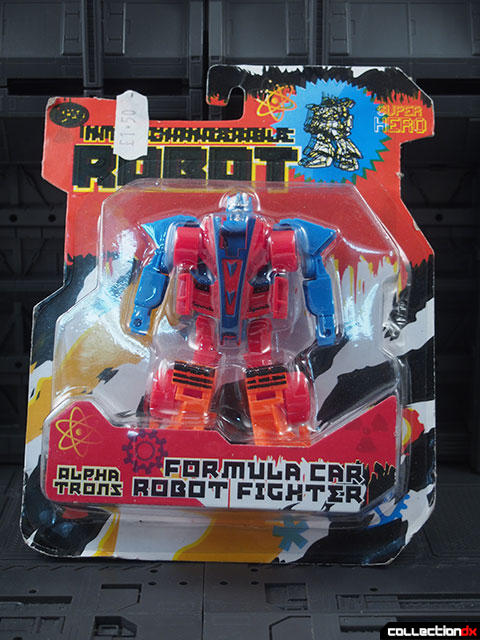 The print registration on the back isn't bad, due to it being one color. Note the Gundam-like robot at the top. 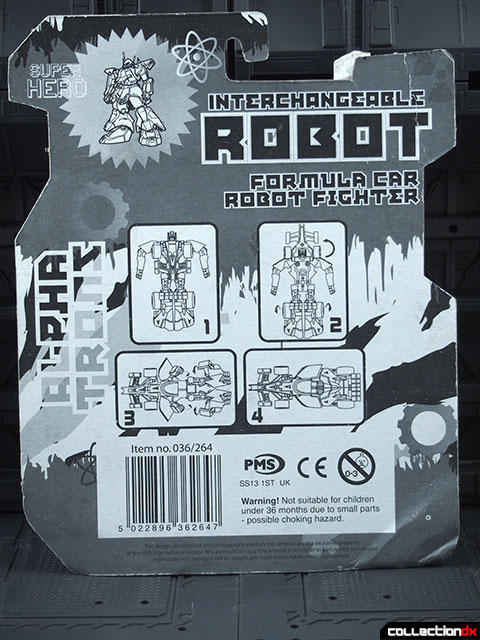 The toy itself is very brightly colored and surprisingly well made. The plastic is firm and of a higher quality than it has any right to be. 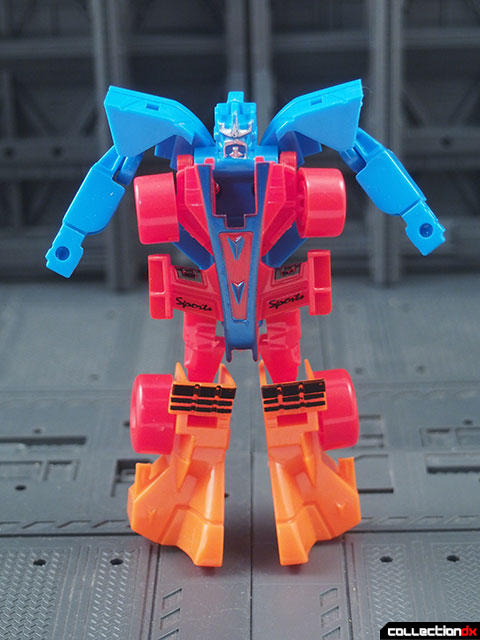 You can see that this version is actually almost completely re-tooled from the original. 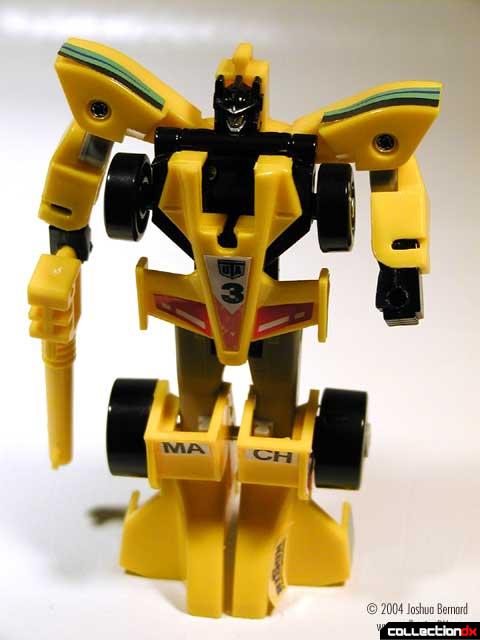 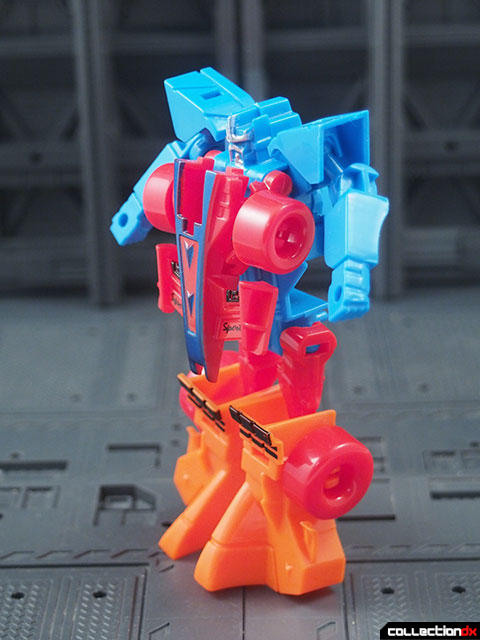 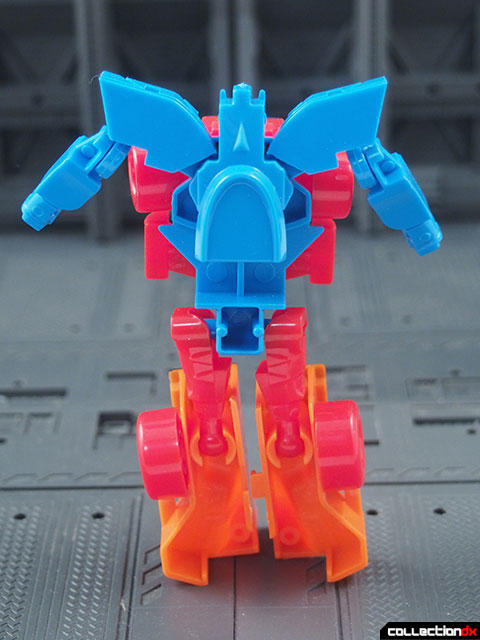 Articulation is decent, and like I said, due to the good plastic, it feels much nicer than a cheap bootleg should. 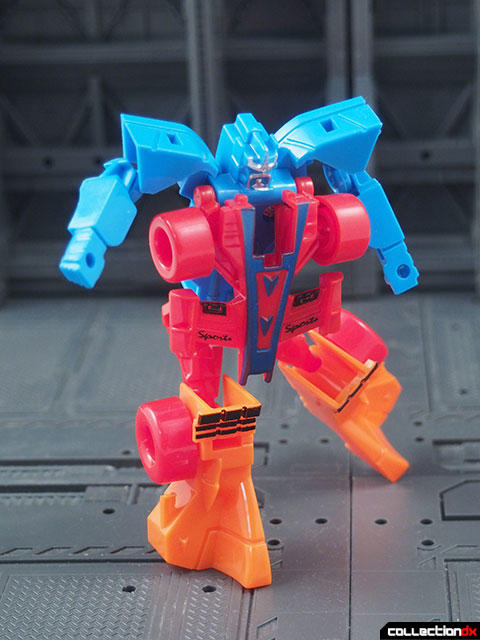 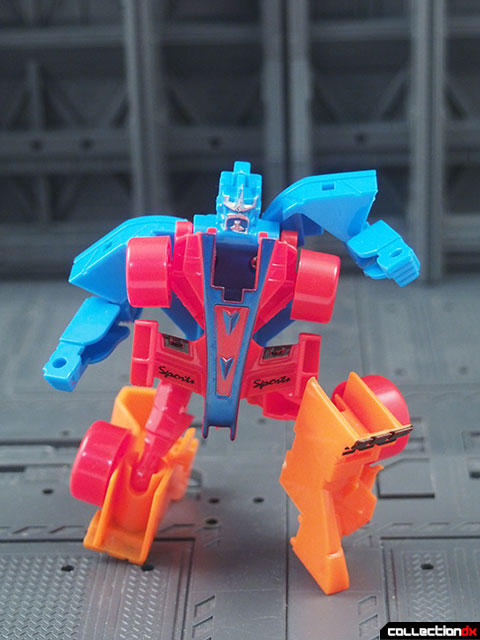 Car mode is decent also, resembling a formula 1 race car. Some stickers are present, and are nicely placed. 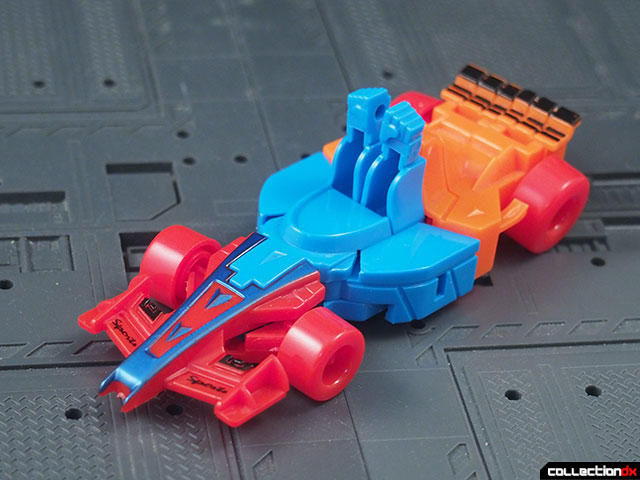 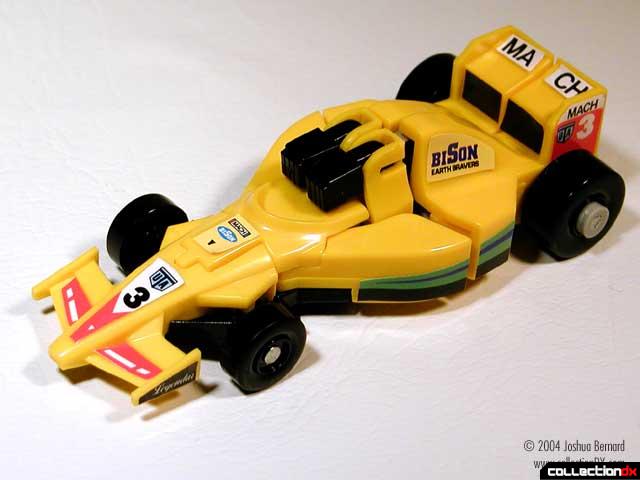 I love the "Sports" decals on the front spoiler. 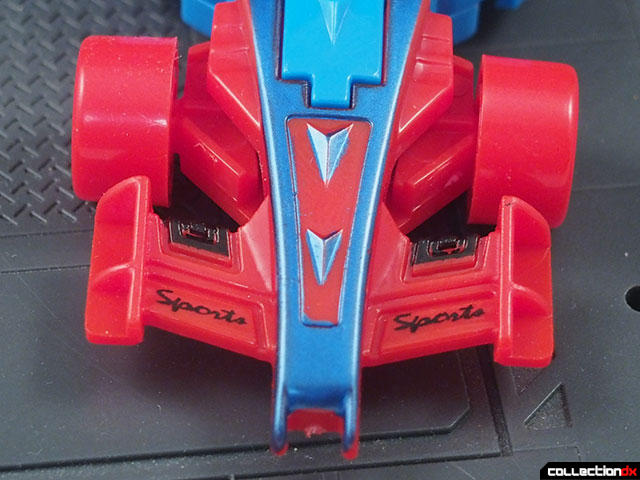 Mach Lander has been knocked-off dozens of times, but this is one of the best.

Good call on the boxart. Not just Gundam Like, that's the Zaku III from ZZ Gundam. The fists sticking up off the roof kill me, so classic. I'm sure I've said this before, but it's these obscure bargain bin bootlegs that keep me coming back to this site week after week, just to see what bizarre new POS is going to get the spotlight next. Never change!