Say what you will about Gundam SEED and how good it is as a show objectively, but they're still releasing new Gundam SEED toys and gashapons even today. So it's no surprise that the first alternate universe mobile suit to be done in Assault Kingdom is also one of the first suits in Gundam SEED: The Aile Strike Gundam!

Now the first thing I noticed about the Aile Strike is just how huge its head was compared to some of the other figures. It seems a few liberties were taken with this figure to make it feel more "anime". This includes not only the head, but also the larger hands. 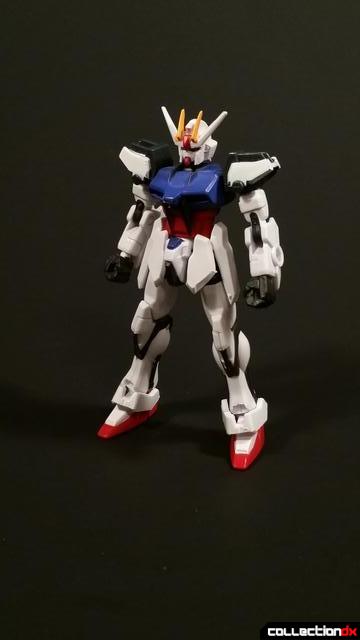 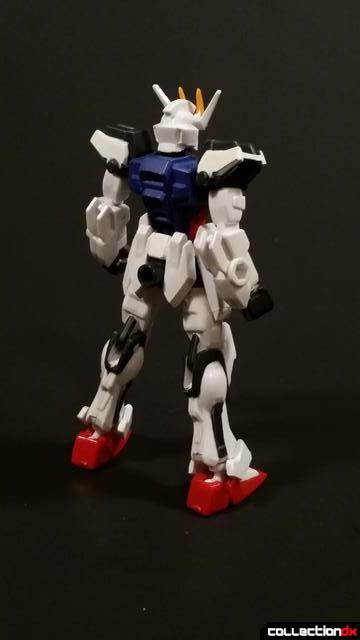 It still manages to look pretty good though! Even if some of the paint applications on its face are a little sloppy. You can only expect so much out of a cheap candy toy. 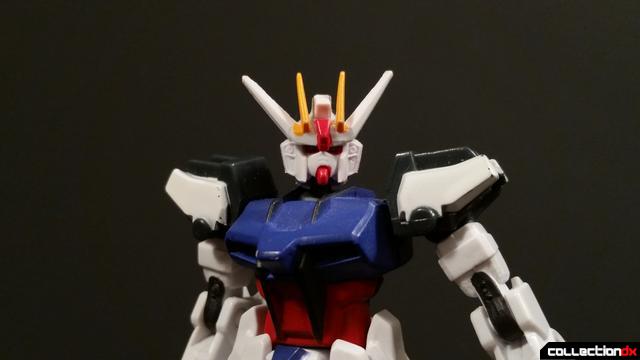 Even though the Aile Strike Gundam does not have the swing out joints in its ankles, it doesn't really need them as much, due to its design which allows for a wider range of ankle tilt. The soft plastic used for the ankle armor helps too. 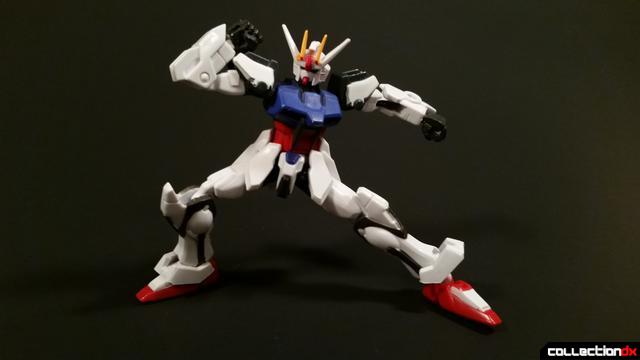 The Aile Strike Gundam comes loaded with accessories. In addition to a pair of widely splayed open hands, its standard beam rifle and shield are also included. 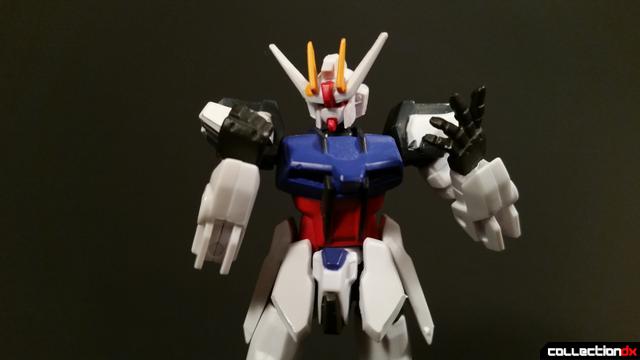 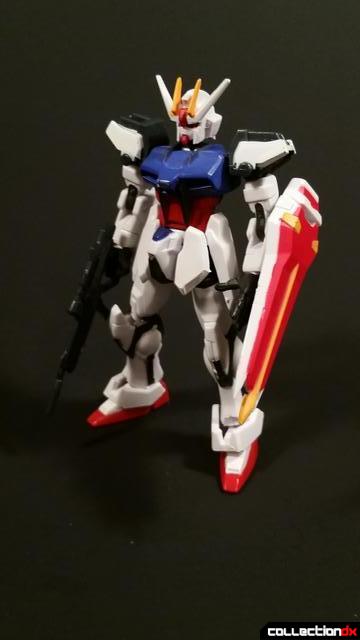 Even with just these weapons, the Strike Gundam makes a fine figure. 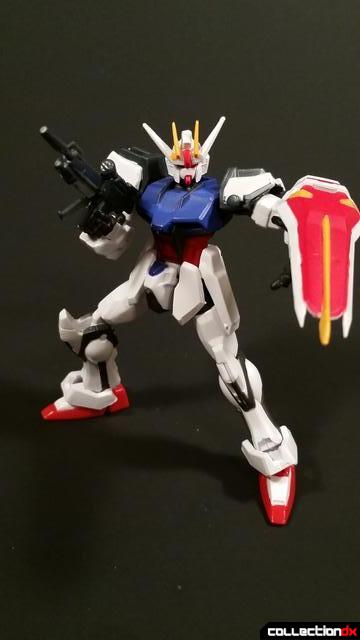 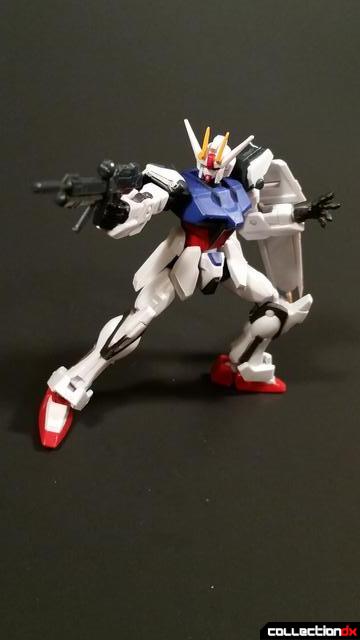 On top of that though, the Strike Gundam also includes the Aile Striker pack! It comes in several pieces and needs to be assembled out of the box, but then makes an excellent emulation of the Strike's signature feature. 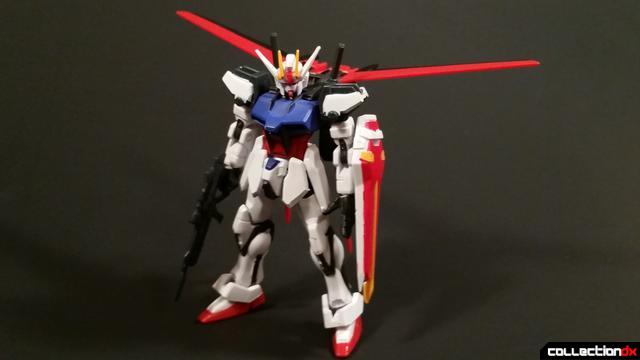 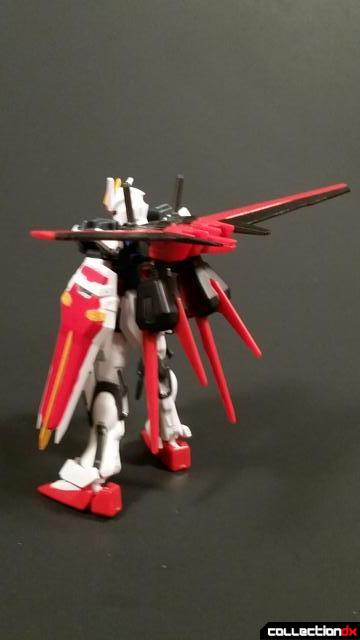 The lower boosters are ball jointed and work great in various flight poses. 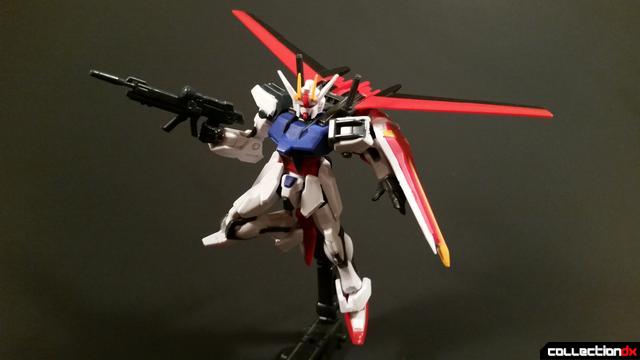 Out of the first wave, I think that the Aile Strike looks best on a stand and is one of the more dynamic figures of the bunch. 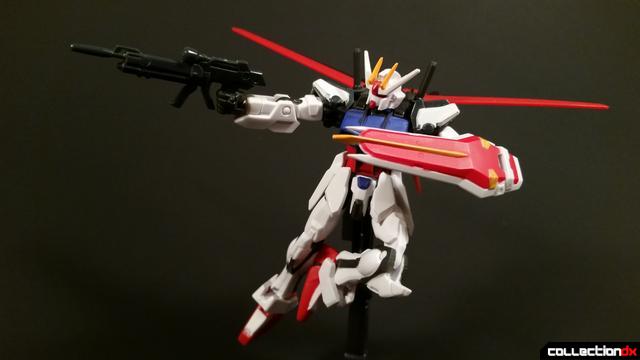 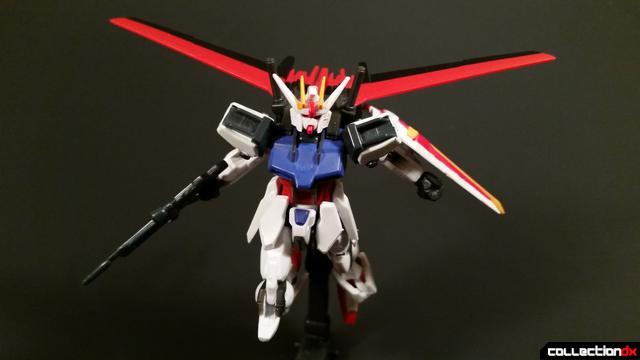 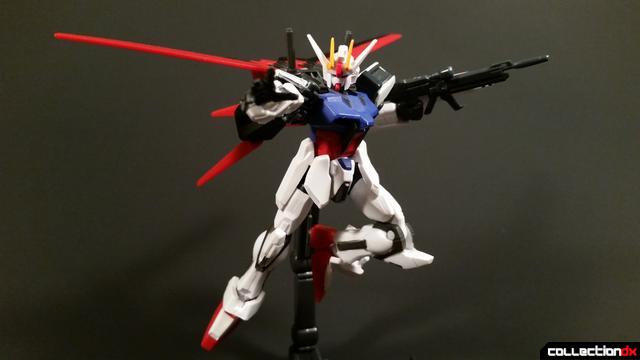 I'm not going to lie, I love pretty much all of wave one of Assault Kingdom. Heck, I love most of this line as you're going to discover throughout this month. But I have a real soft spot for this first wave for getting me so hooked on fun cheap Gundam figures again. The Aile Strike is a great one and it made me immediately one the other Striker packs, and maybe even a Strike Rouge! It's just a darn shame that they haven't done that. Or at least, not yet that is. 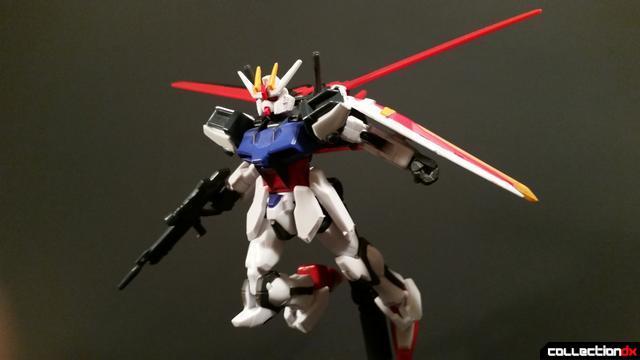 2 comments posted
I never did catch on to SEED,

I never did catch on to SEED, but the suits were awesome! The Strike, in particular, is a slick and simple design. They kinda went nuts with the Gundams in that series, but at least he Strike kept it basic (albeit with a bunch of attachments).

I never really cared for the anime but I've always have had a soft spot for the Strike Gundam as well.