Every hero needs a sidekick and a literal partner in crime and Lupin III from Monkey Punch’s internationally known manga and anime is no exception. Where would Lupin III really be without his dark, mysterious and exceptionally armed partner Jigen Daisuke? As many heist and capers Lupin III has done, Jigen has always been along for the ride no matter how bumpy it is. 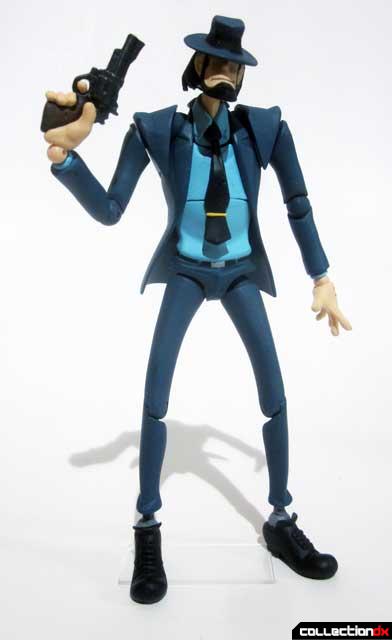 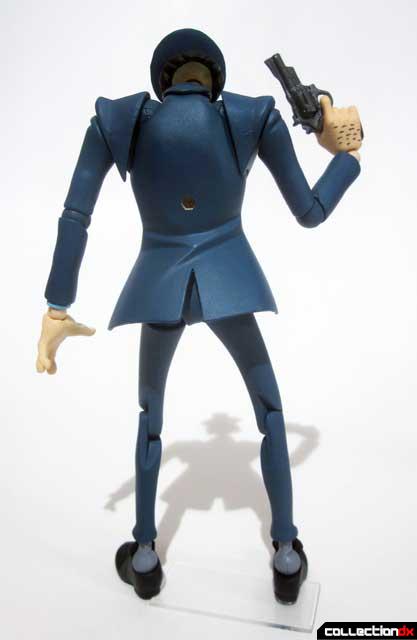 With the recent release of the top quality Revoltech Lupin III figure it is inevitable that Jigen would also have a top quality released along side Lupin III as well. 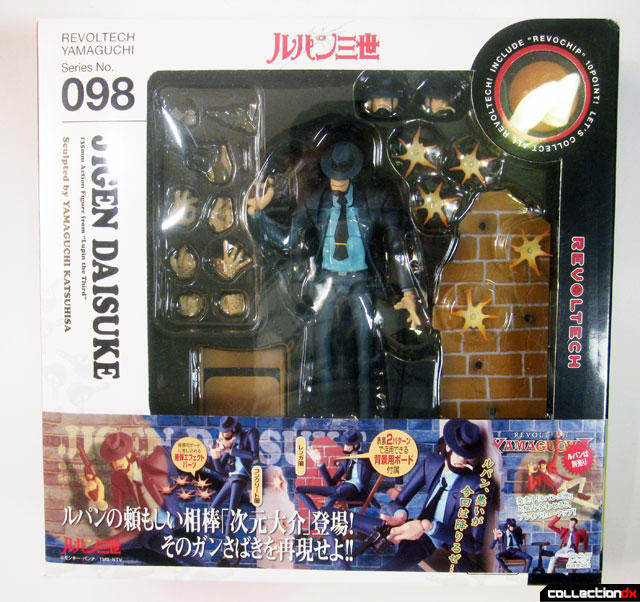 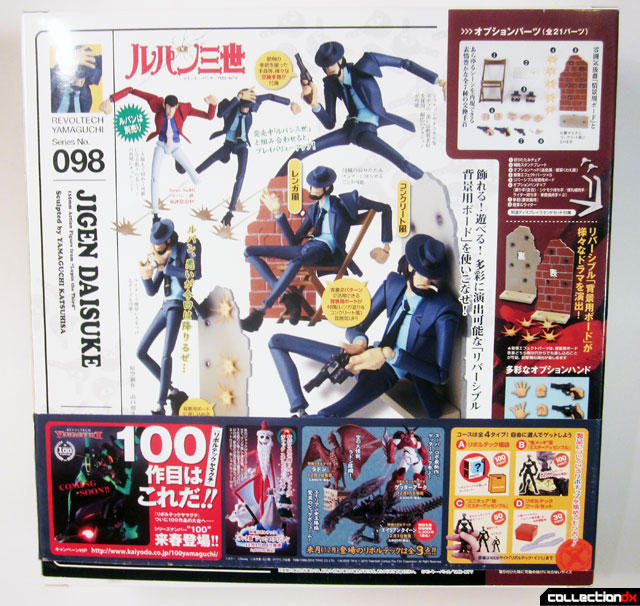 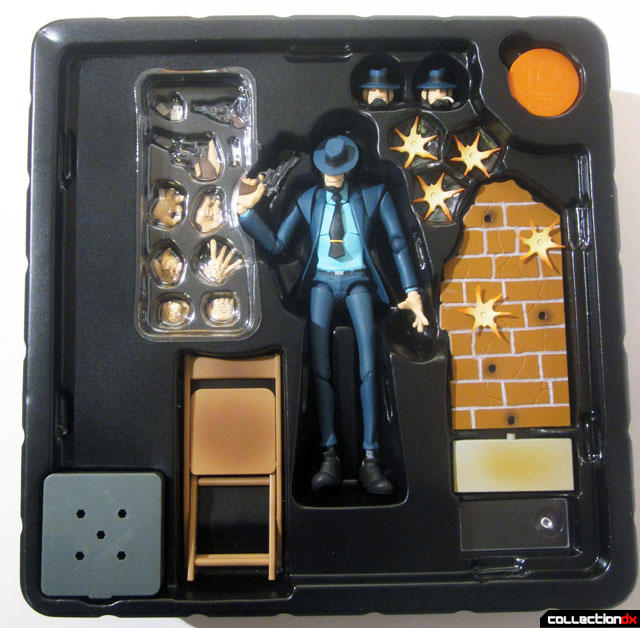 Be extremely careful when pulling out the Jigen head with the drooping cigarette, I broke it within seconds of pulling it out of the package. It is a fragile piece so be careful. 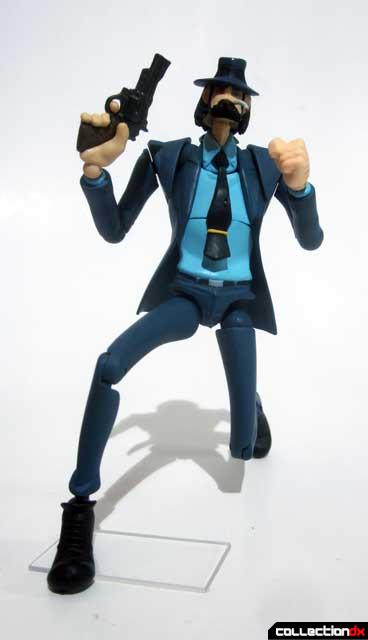 Poseability is great, and you can get some great and humorous action poses going. Both Lupin and Jigen have vulture type necks, so that might take some getting used to. 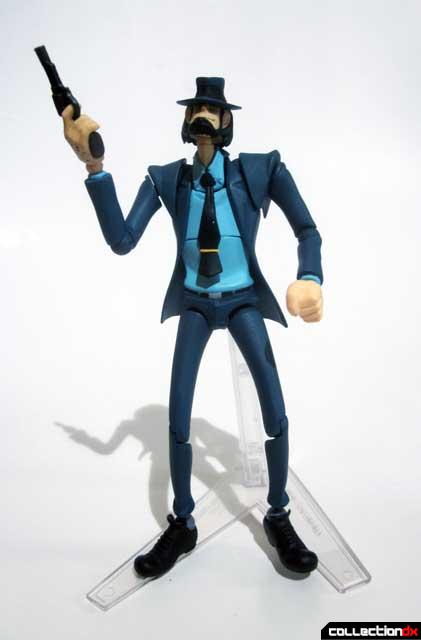 I first thought the accessory back wall was to short but upon looking at the box Jigen was suppose to be hiding behind it. I do love the ricochet bullets that easily peg onto the wall, and give the figure scenario a feeling of action. 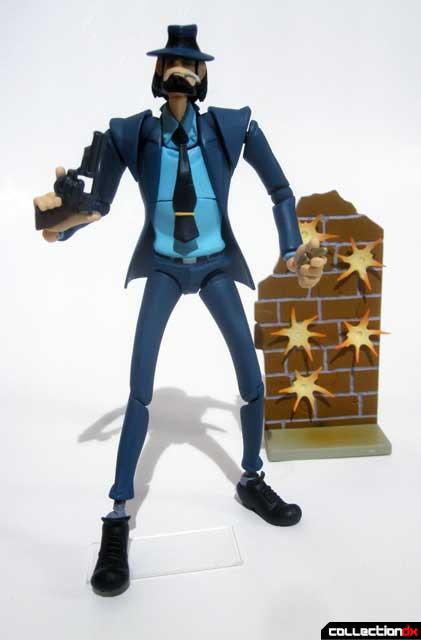 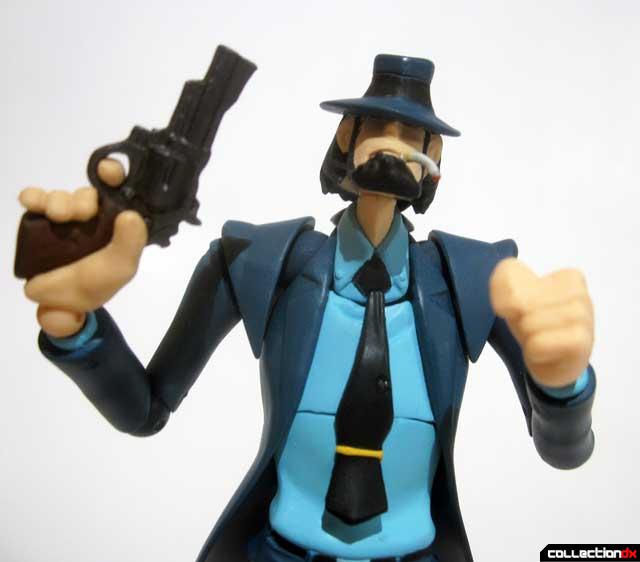 The chair included can be used with the chair and table set that is included with the Lupin III release. 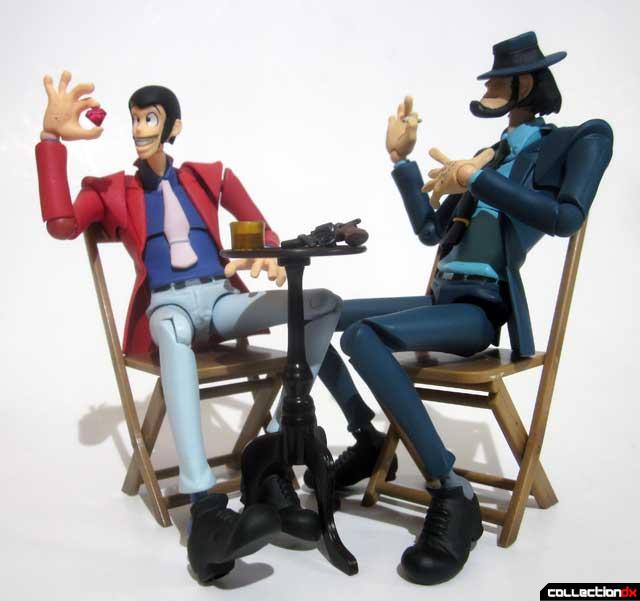 My only real disappointment is that this set did not come with Jigen’s infamous anti-tank rifle he has been known to use from time to time. That would have been a great addition to the set, heck there is even a little extra space to put it in the vacuform tray. 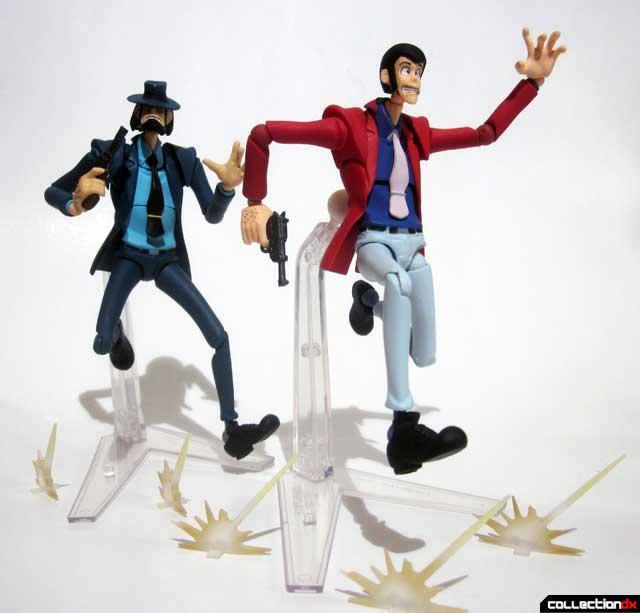 Otherwise I had a lot of fun with posing this figure along with the Lupin III figure. I believe the sculptor captured the coolness factor that is Jigen Daisuke as well as picking some nice, deep colors that are used throughout the toy. This figure is a must buy if you have already bought the Lupin III figure, because everyone knows Lupin cannot heist without the great Jigen Daisuke.

2 comments posted
Will they make a Fujiko

I would hope they make Fujiko figure!