The second I found out that there was some cheap new Bandai vinyl available at my local retailer, I didn't waste time in picking them up. First up is Vilgax from Ben 10: Ultimate Alien...I know, I know what you're thinking, but hear me out for a sec. Aside from those awkward looking figures that cater mostly to very young kids, there are some figures that may pique the interest of Kaiju fans. Here, Vilgax is rendered in his cyber form.

It's a pretty solid well balanced figure. It stands about 7". The paint apps have good detail. I love they way the black shading has been applied to this figure. The brown base vinyl has a nice semi gloss finish to it. Feels nice in the hands. 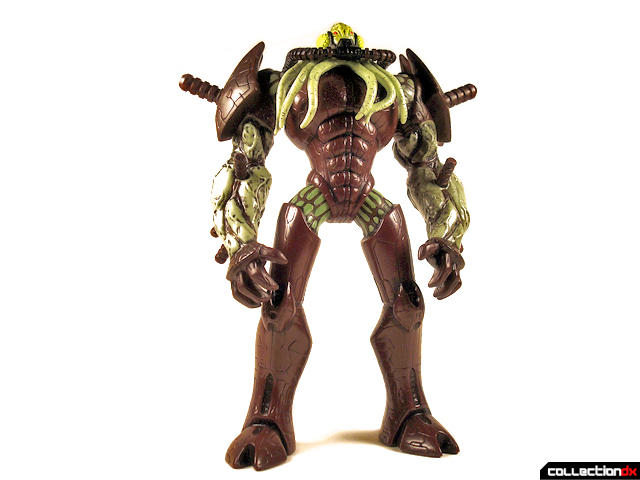 The back is nicely detailed, I really enjoy the sculpting on this figure. Very well done. I'm not sure what's up with those creepy studs protruding from his arm. 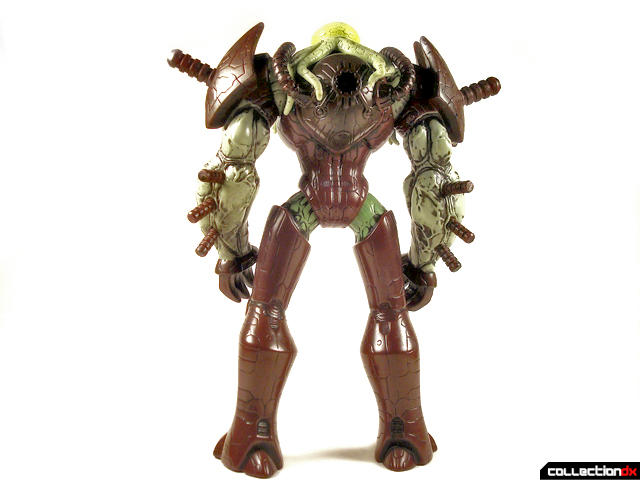 The face has really cool shading, check out the forehead wrinkles and the honeycombing on the sides of his head, or is that his brains? The detailing continues on to his tentacles. I'm not sure what his mouth looks like since he is using a breathing apparatus. 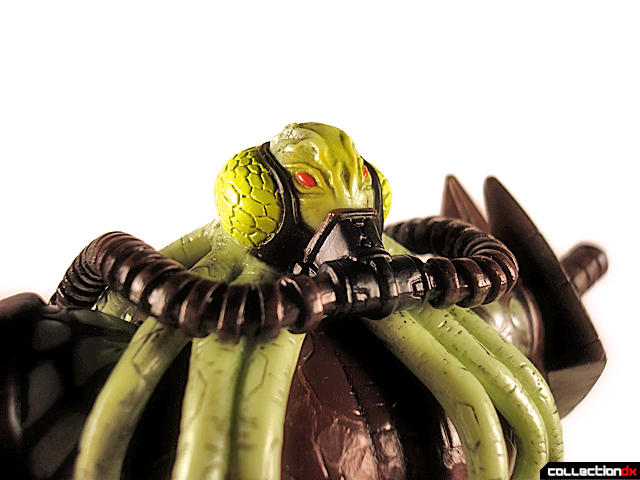 How about articulation? It's got a whopping two points of articulation. Just the arms are allowed to move on Vilgax. It makes for a good zombie pose. 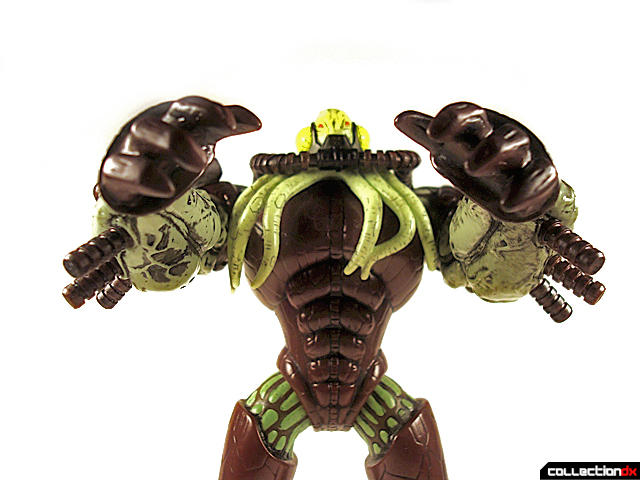 So bottom line is that this is a cheap way to get nice looking Bandai vinyl. How cheap? I paid less than 10 bucks for mine.

Hey, this is actually pretty cool! I'll probably pick one up if I see one.

Caught my eye the second I saw 'em. I'm not usually into the vinyl, but the detail on this guy popped out at me right away.

glad you reviewed these! his hips are articulated also, so he can sit like a zombie as well as stand :)