Nostalgia is very big nowadays.... 80's TV is in, so it was only a matter of time before we got to see a retelling of the A-team. With the 2010 release of The A-team movie, Toy manufacturer Jazwares, brings us the slew of toys that we have posted reviews on lately. This is our last review, thankfully. I bring you the A-team van in all its Glory! To start off with, the window box packaging is very nice, Hasbro quality even. The only problem was when choosing to use a window box lets the consumer see just how cheesy the van actually looks! Maybe they should have gone with a standard box with a nice illustration. 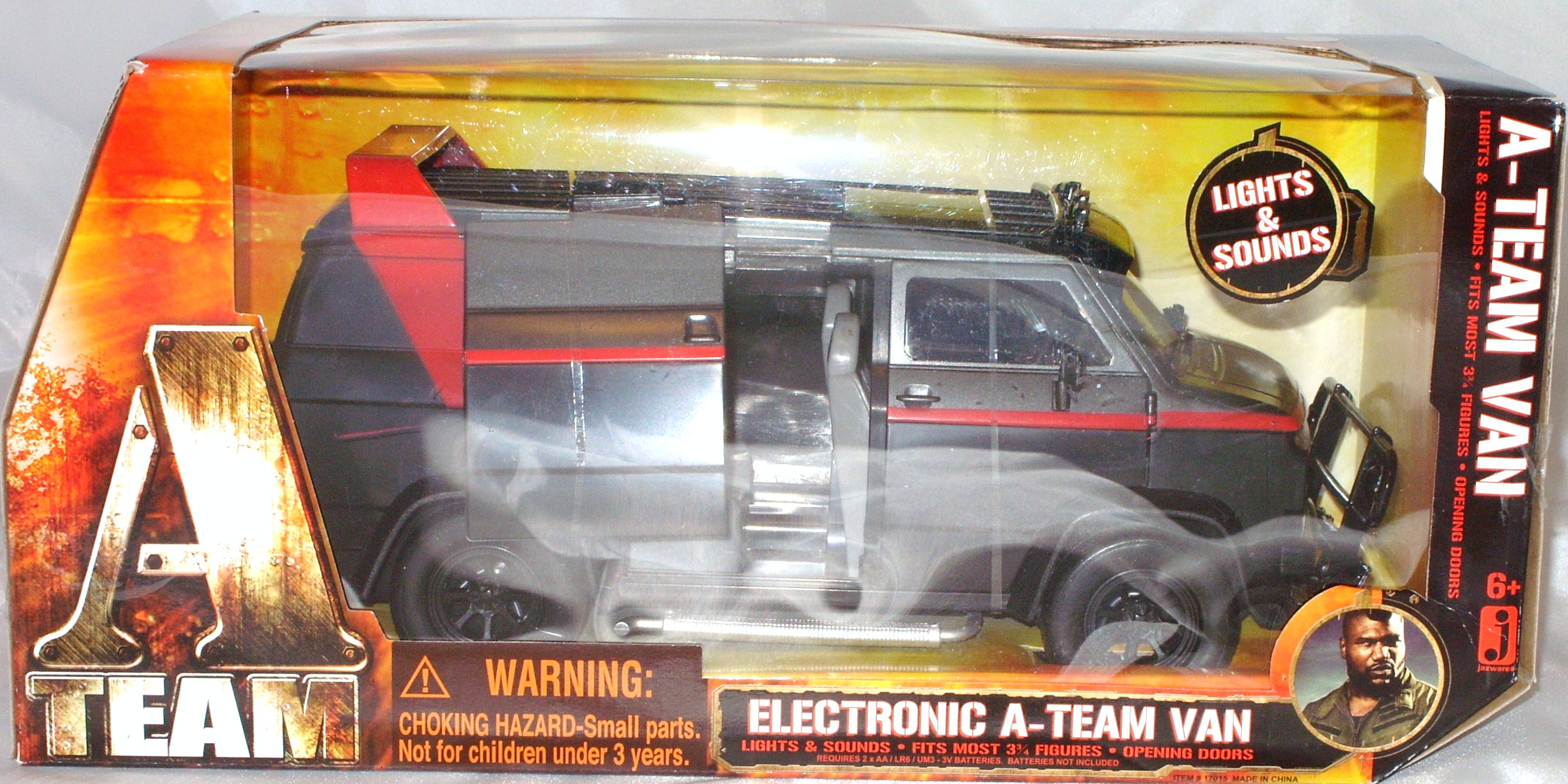 Ditto the above on the B.A. action figure.... 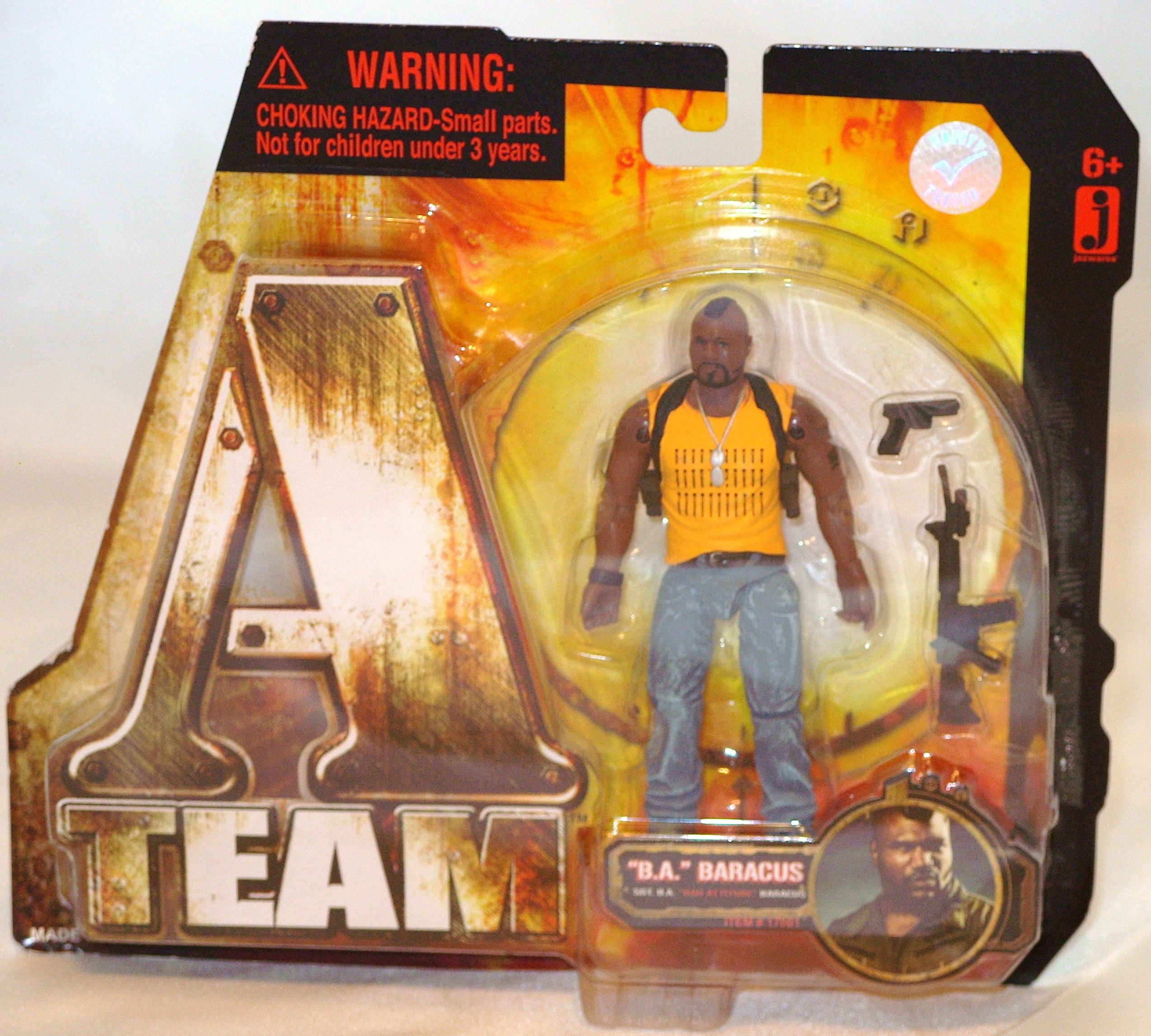 OK, so it cant be that bad right? Well, when taken out of the box it does get somewhat better, but not much. I say this because the plastic material used feels very cheap and I doubt it would stand up to any rough play. The van does have good paint applications and does resemble it's TV/Movie counterpart. This is a good thing, at least they didn't stray too far from the original characters like in the Transformers of GI Joe movies. 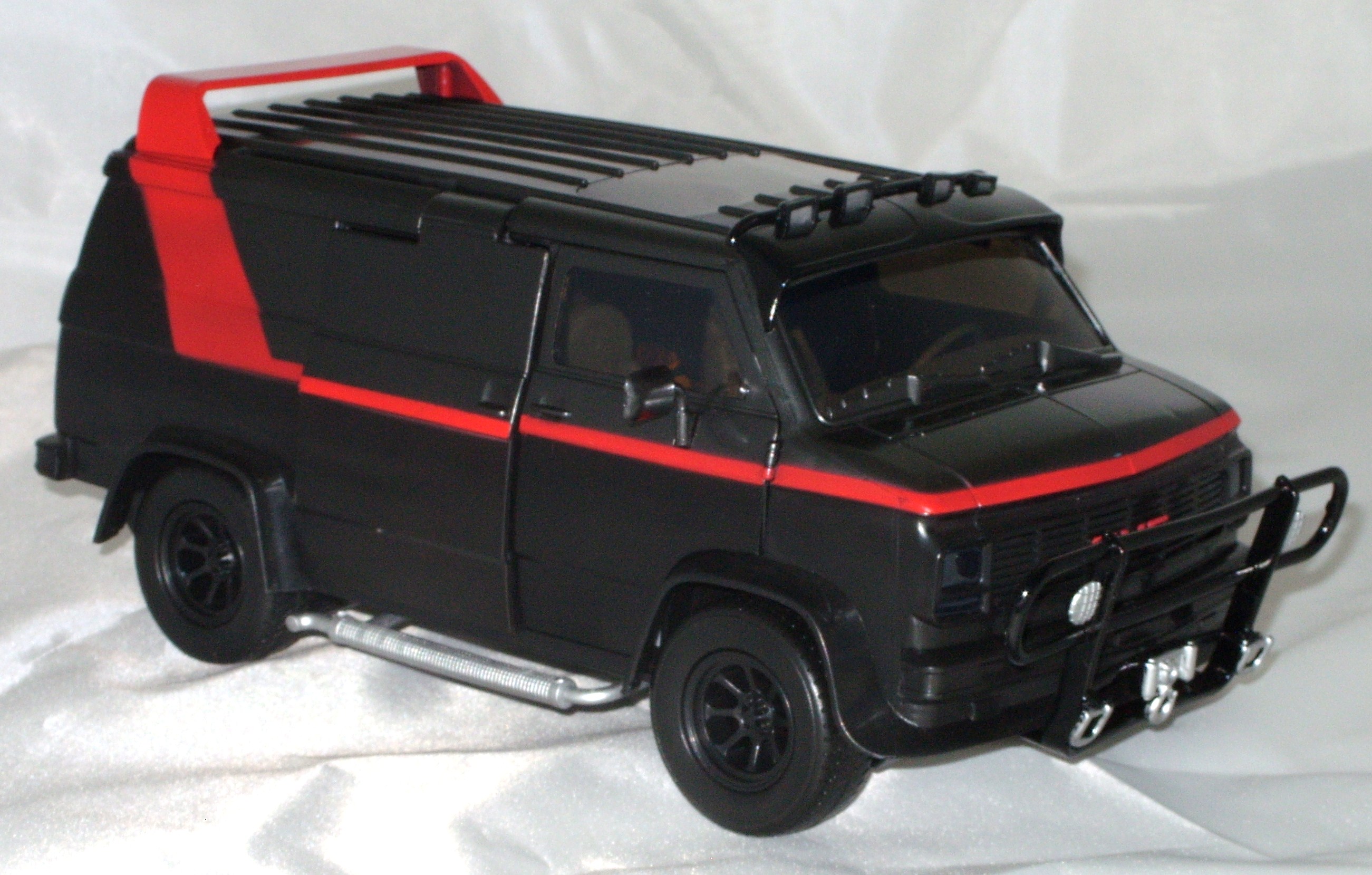 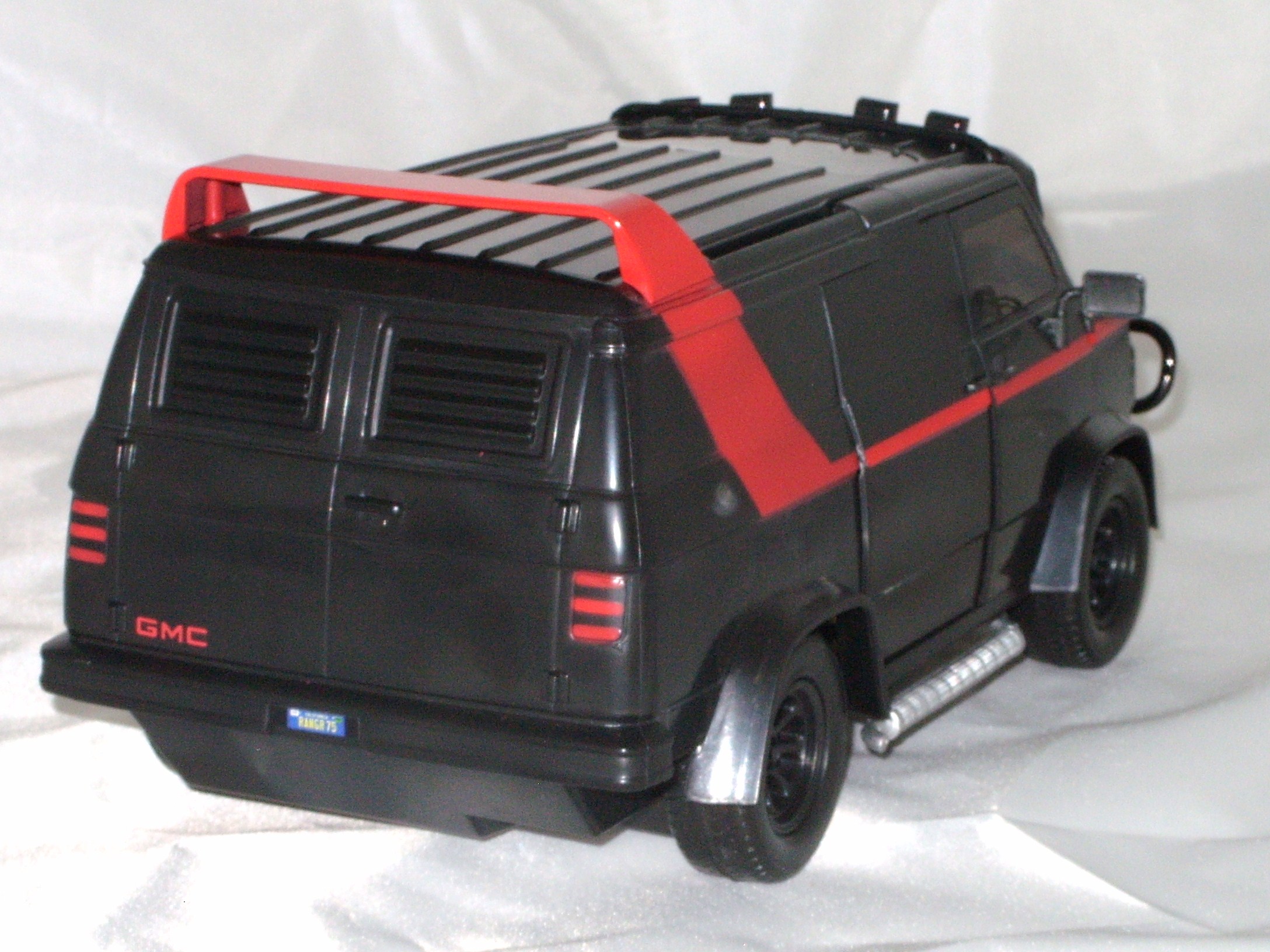 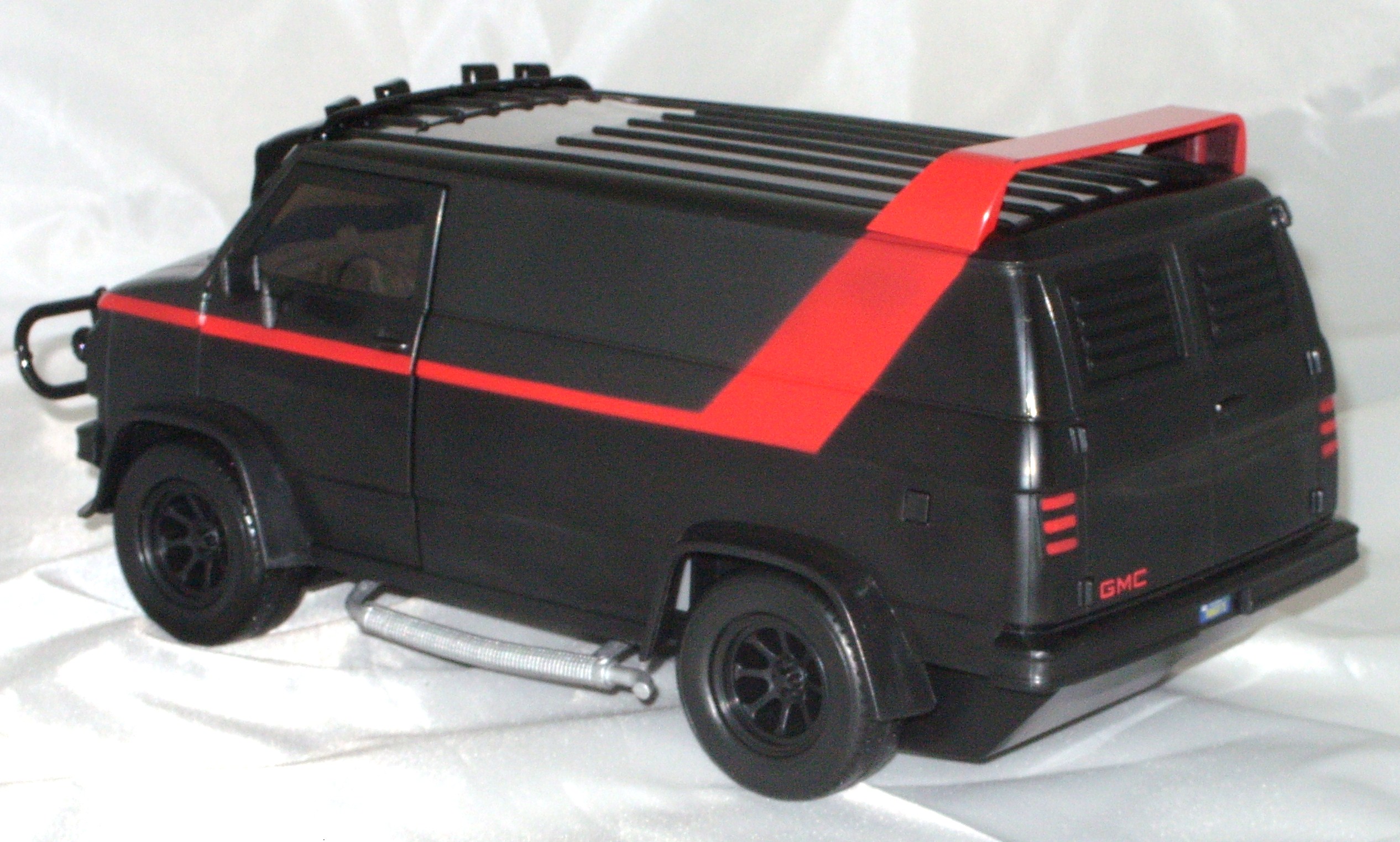 The van is about 12" long and does have some cool features, like opening doors and a sliding side door that purposely is removable. it falls of very easily and is kind of a joke. The van also features light and sound. it has a few phrases that I will just leave alone. Let me just say that I would have picked better ones. 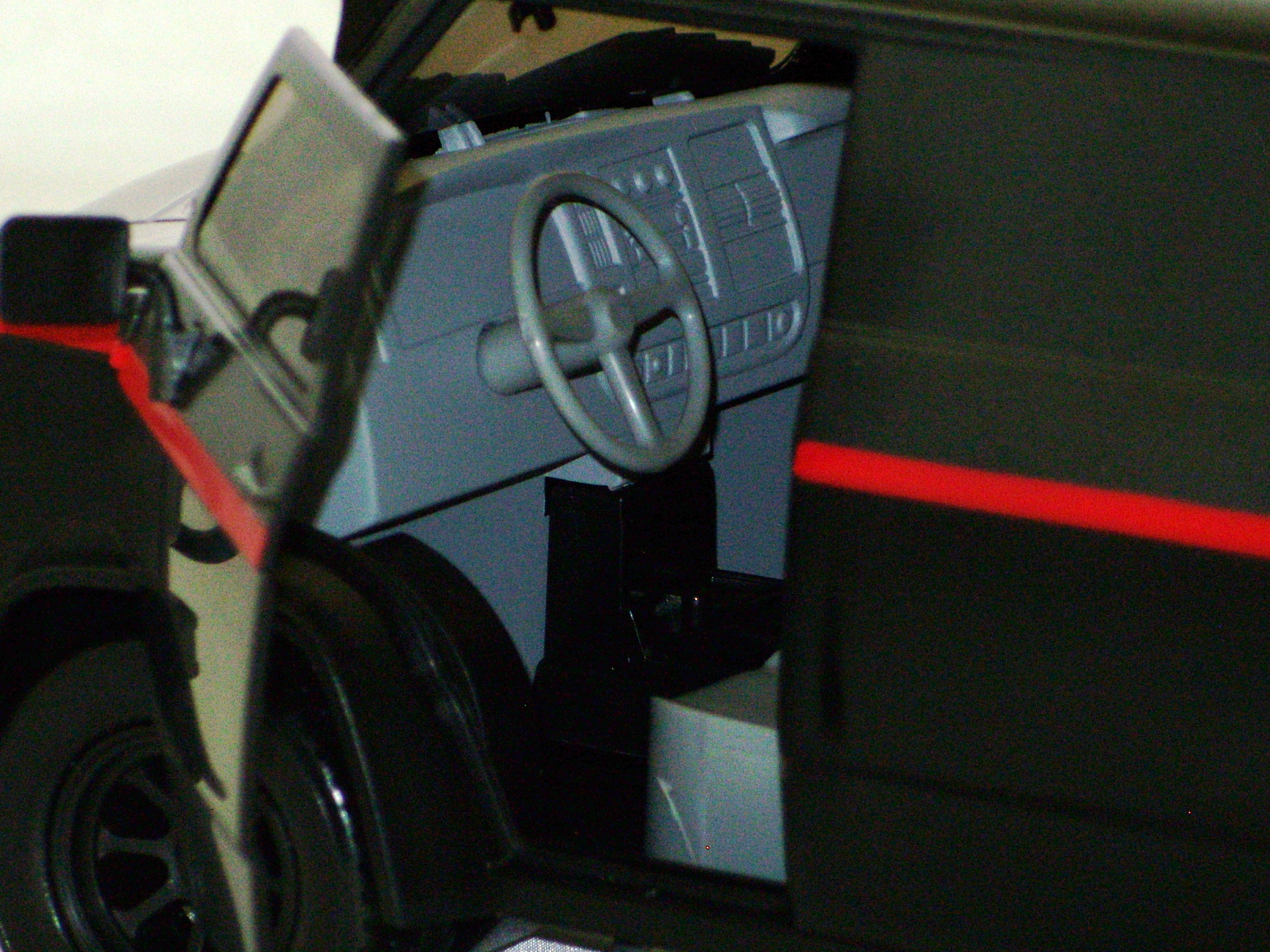 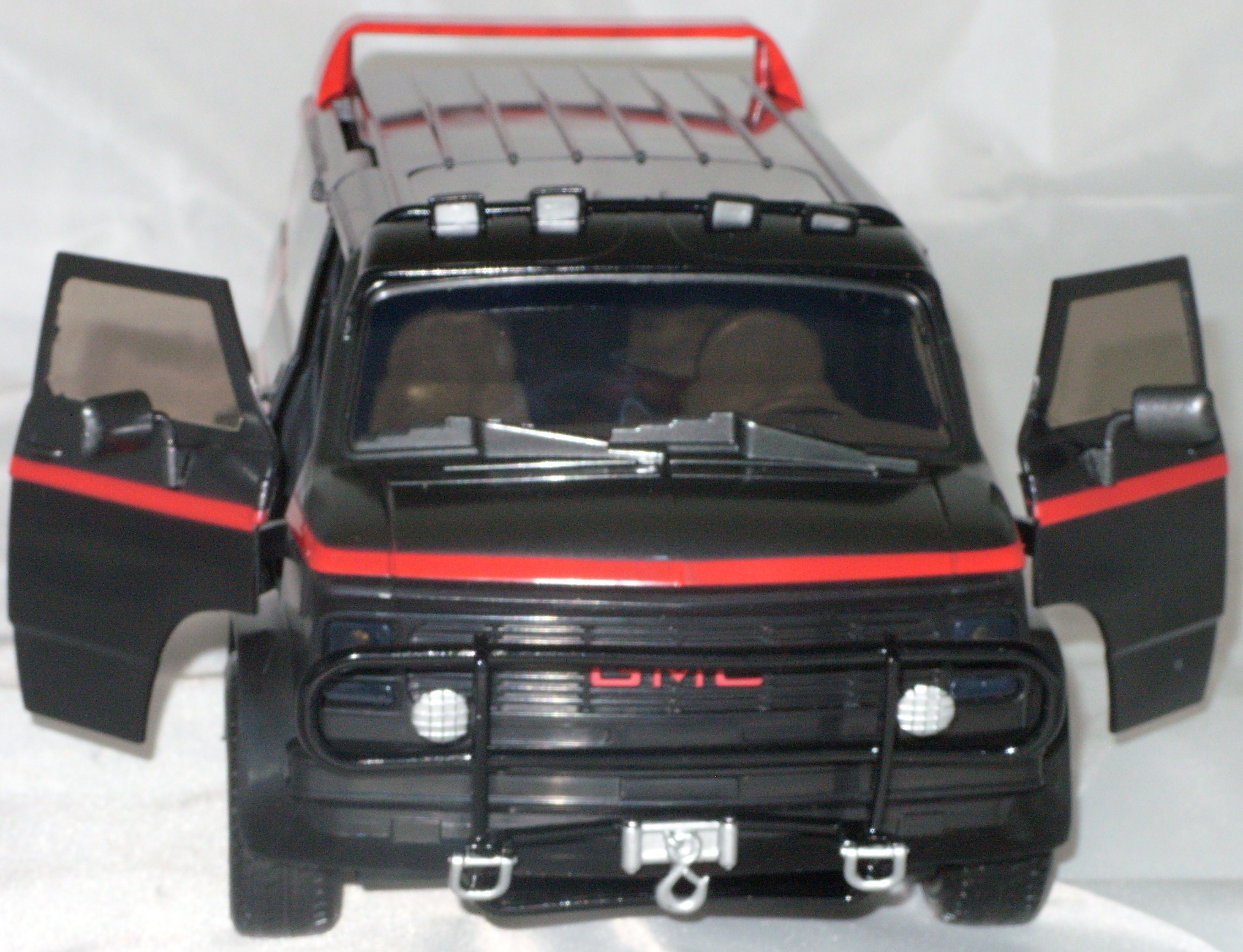 As you can see below, The B.A. figure does work very well with the van and is in scale, another plus. But, please take note of the super cheap PVC grill guard that unattractively leans forward as if it is about to fall off. Geez! I wish they just would have molded the grill guard in or chosen a more stable material. 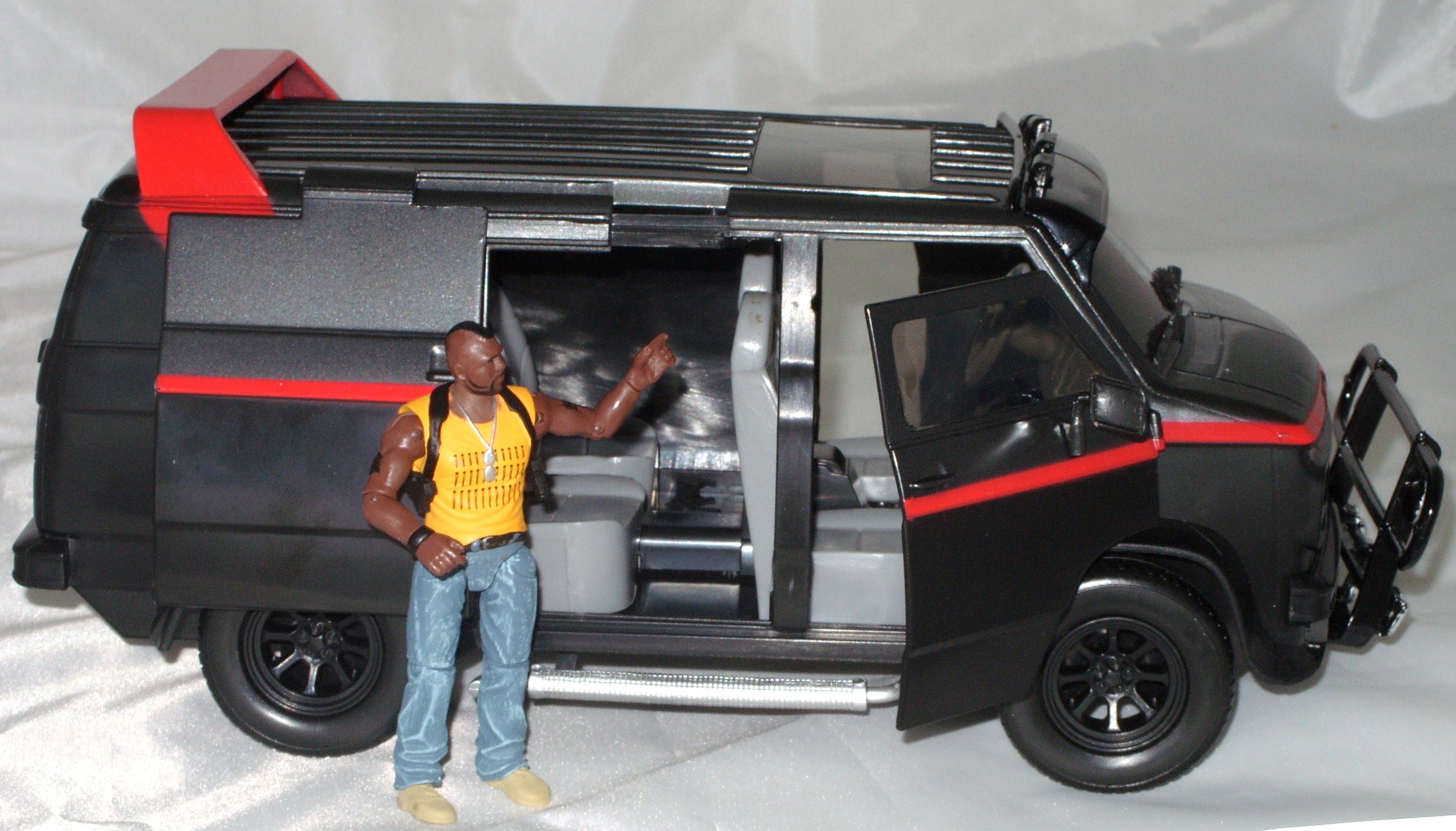 The same easily warping PVC material was used on the vans sidepipes. It just looks terrible! 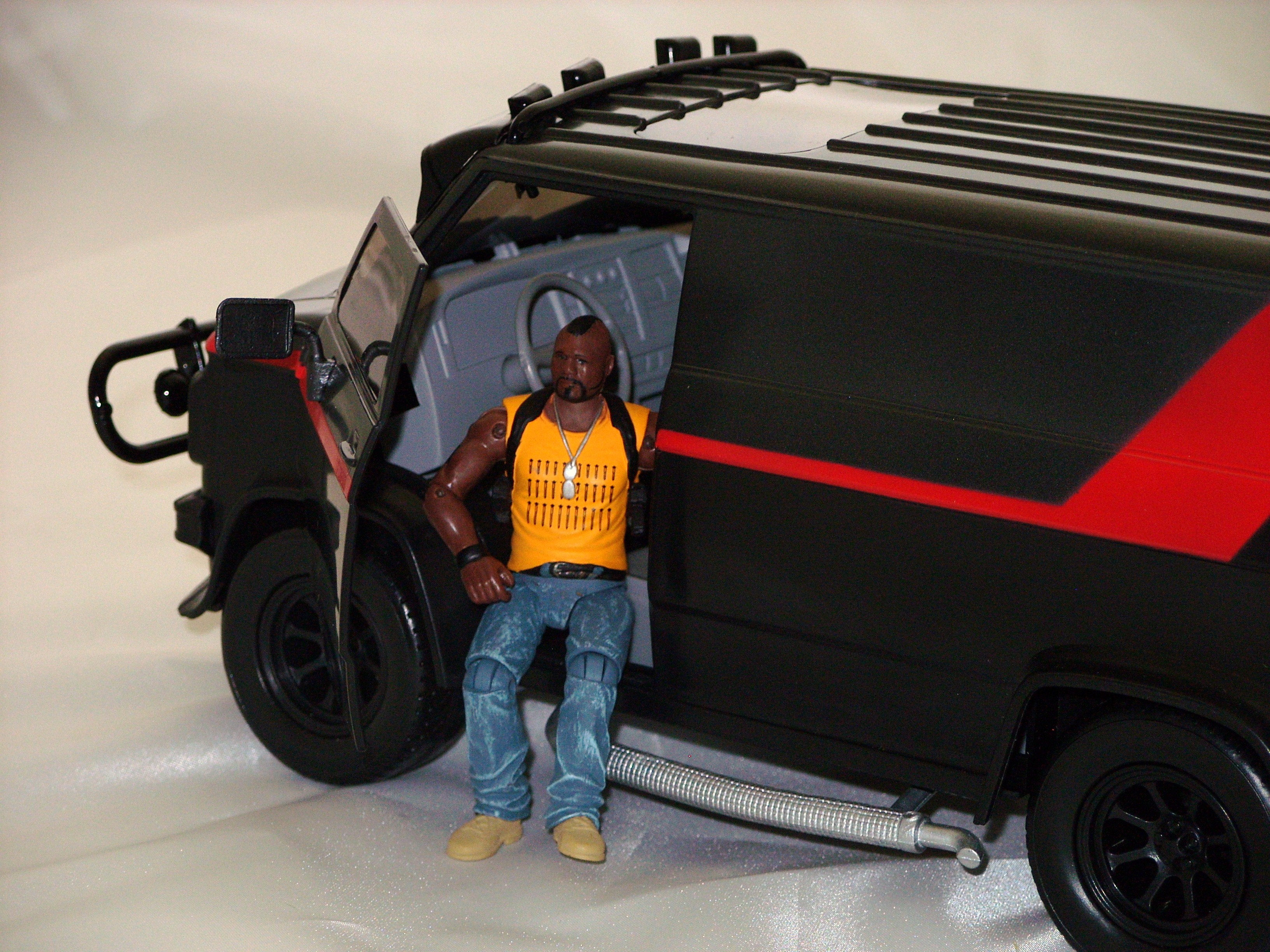 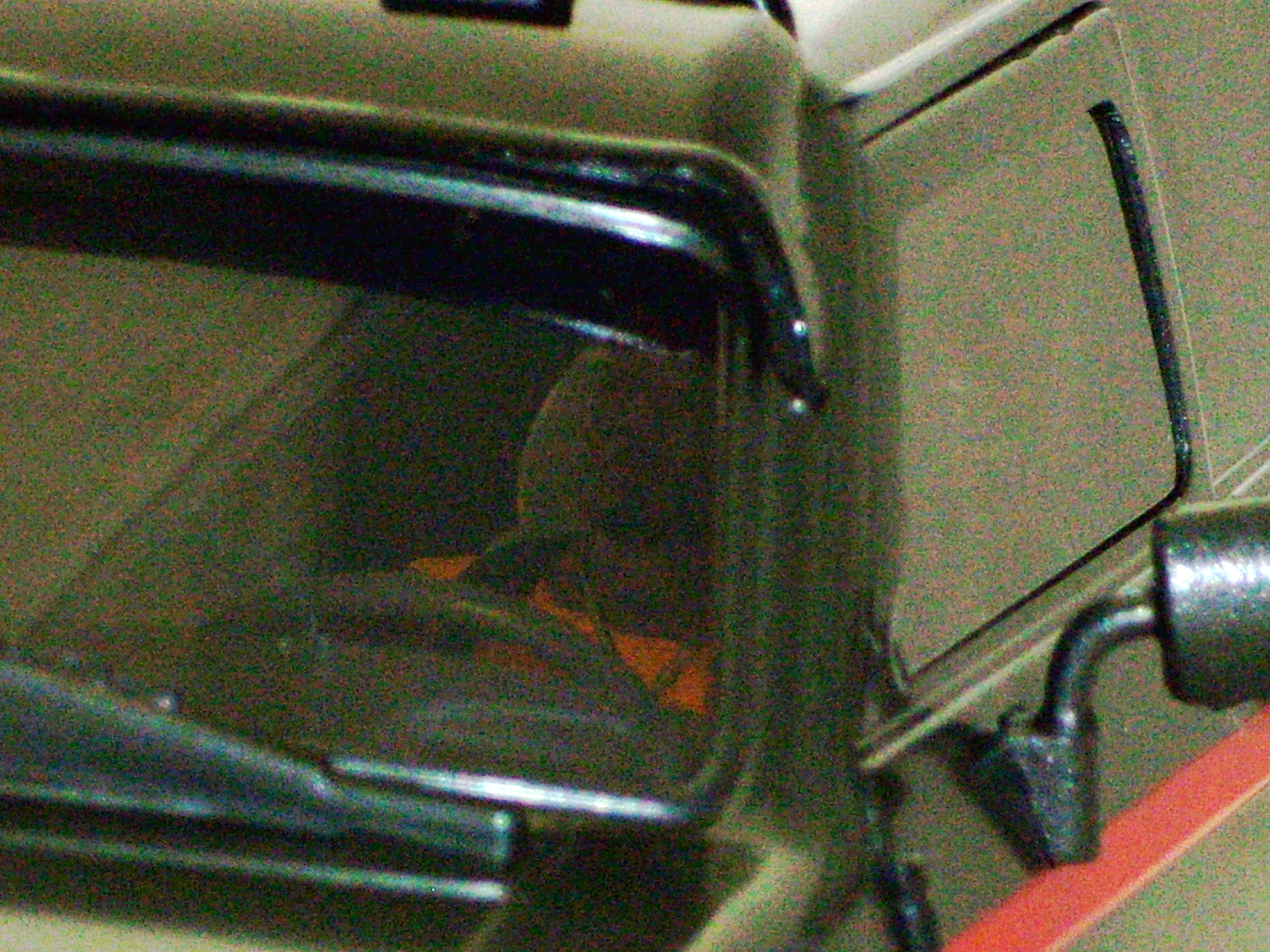 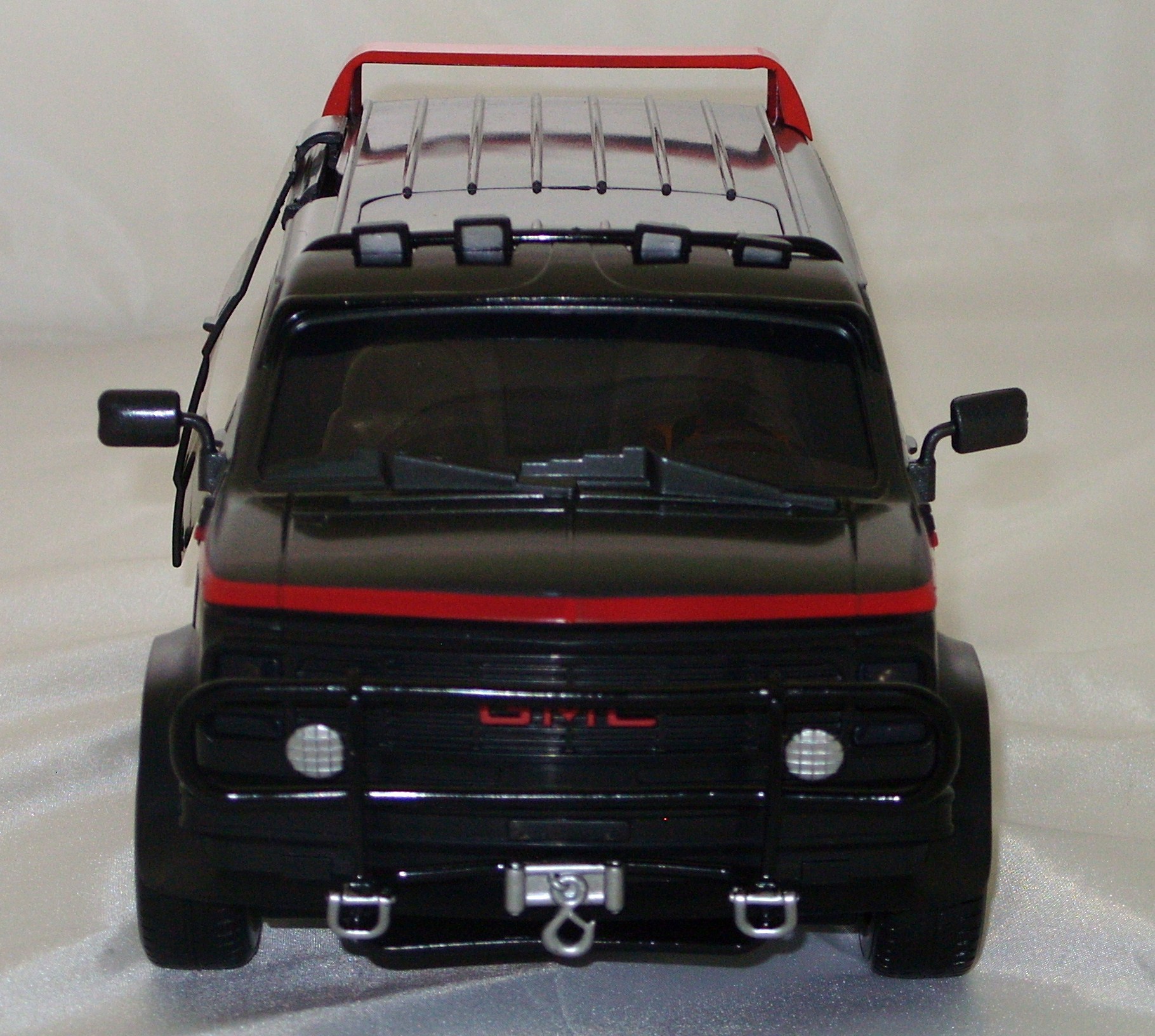 To wrap thing up, unless your a hardcore fan of the new movie, stay away. You can always find the cooler 80's ERTL version on Ebay rather cheap.

What's going on with the light bar above the windshield? Did it get broken, or is it supposed to be skewed like that?

These A-team toys could have been WAAAY better if they actually cared about making toys and not trying to cash in on a quick buck. I have a 12" Hannibal that is worlds worse than the BA I reviewed, you'll be seeing that in the gallery soon.

I used to want the van until I found one. Every one I saw had the door at some odd angle like it was just floating, and the grill guard all looked like a cow catcher they were so far forward.

I had the old one made for the big figures way back when and it was made of Shogun PEC plastic. You could throw that thing off a building and it wouldn't phase it.

I'd say if you still want the new movie toys, wait a bit and they will be on clearance very soon.