Review sample provided by HobbyLink Japan. Saint Seiya has a long and rich history and the main story is still not finished. While fans wait, for the stories of Heaven and Chronos to be told a prologue story was created under the supervision of the original creator Masami Kurumada and written and illustrated by Shiori Teshirogi. 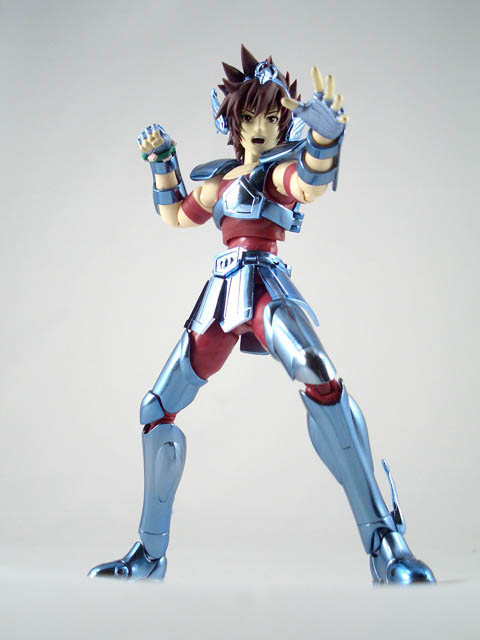 The Lost Canvas takes place 250 years before the original Saint Seiya saga and tells the story of three orphans that grew up as children only to assume their roles in this cosmic battle of good and evil. It touches upon plot points and themes from the original series while chronicling the previous Holy War between Athena and Hades. 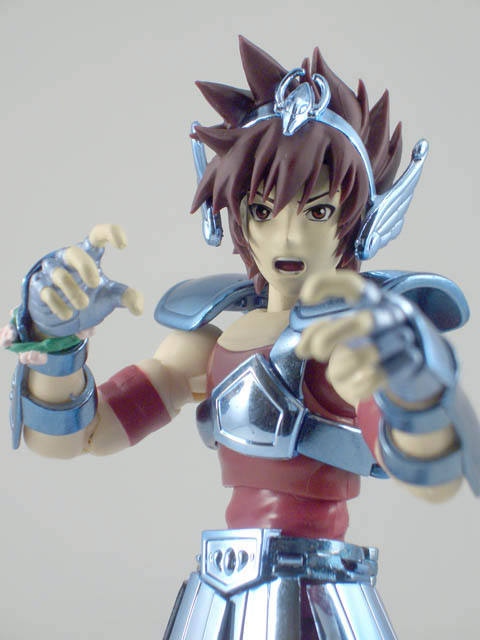 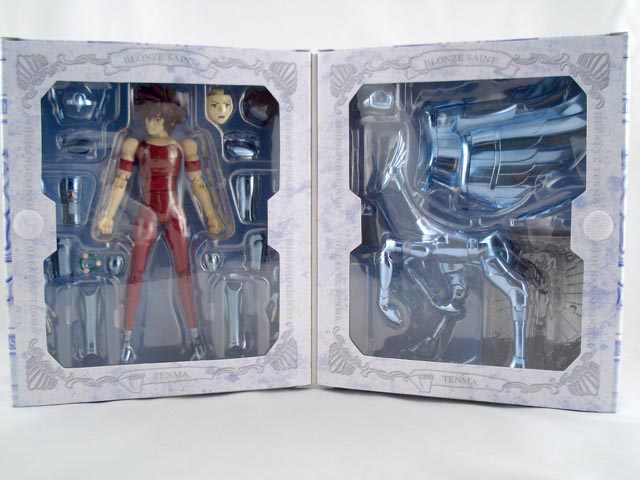 The packaging continues the look of previous Saint Cloth Myth, a book-style package that opens to reveal the figure and all the armor parts and pieces neatly arranged. 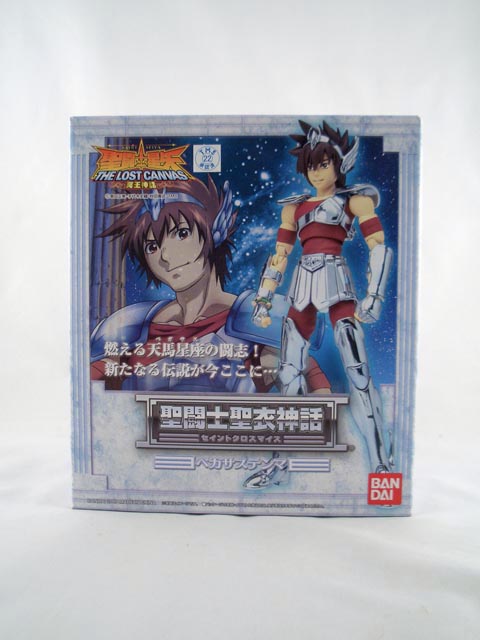 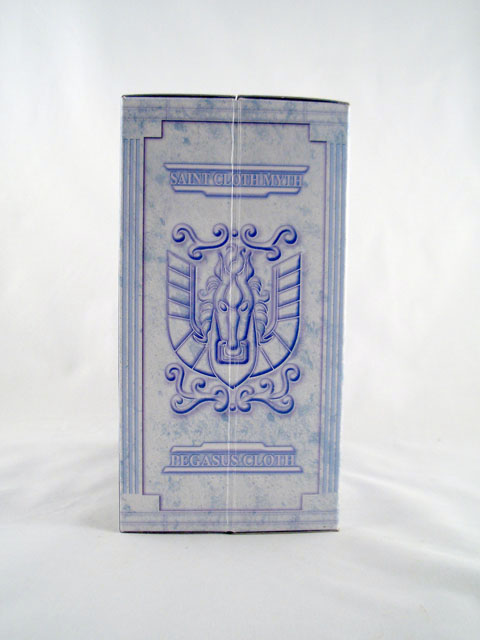 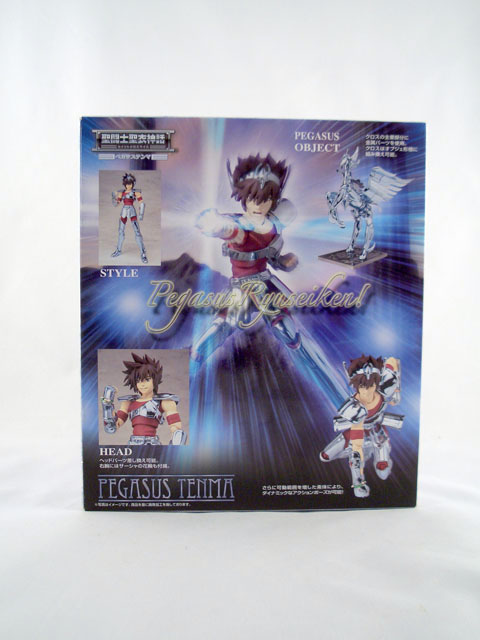 The Tenma figure features an all-new body type and a new “style” to the look of the head sculpt. I love how it captures the look of the new series yet fits in with previous SCM releases. 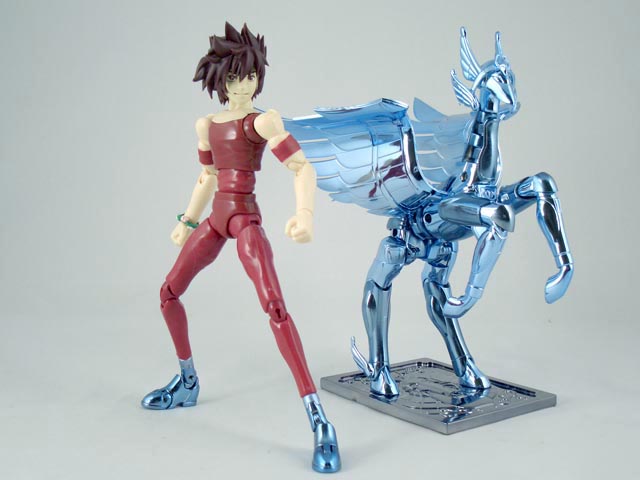 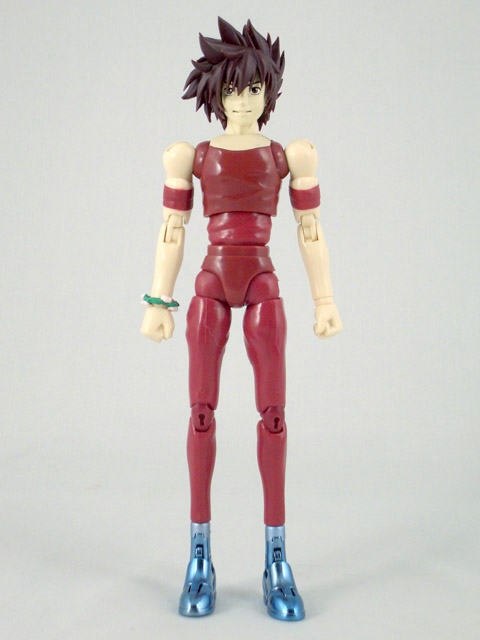 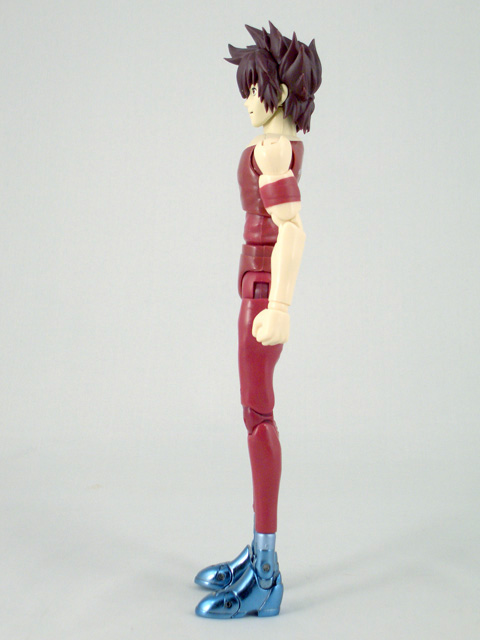 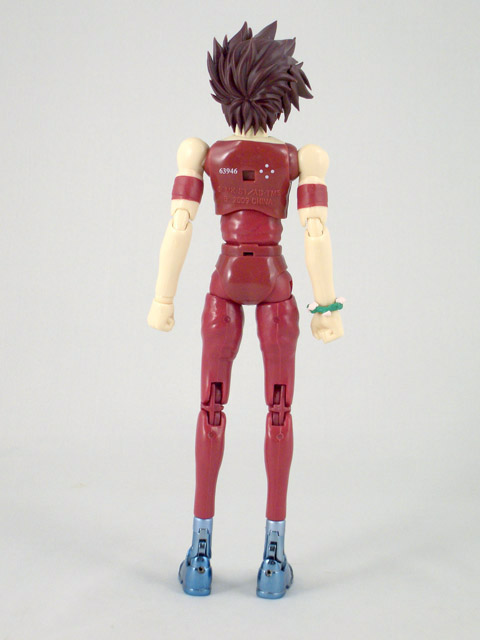 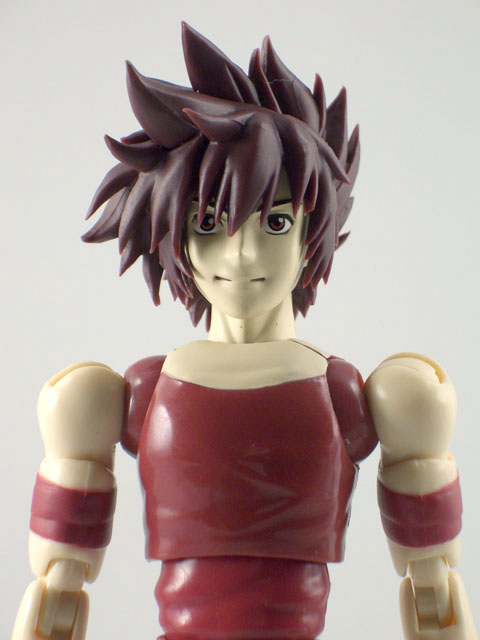 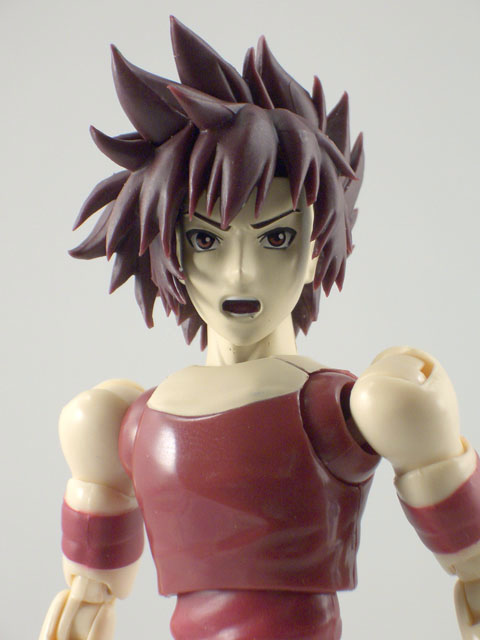 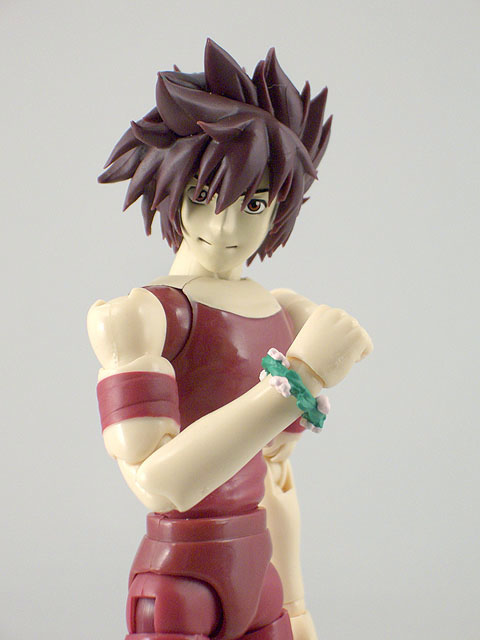 Also included is the flower bracelet Sasha (Athena) made for Tenma, Alone and her as children to signify their bond as children. 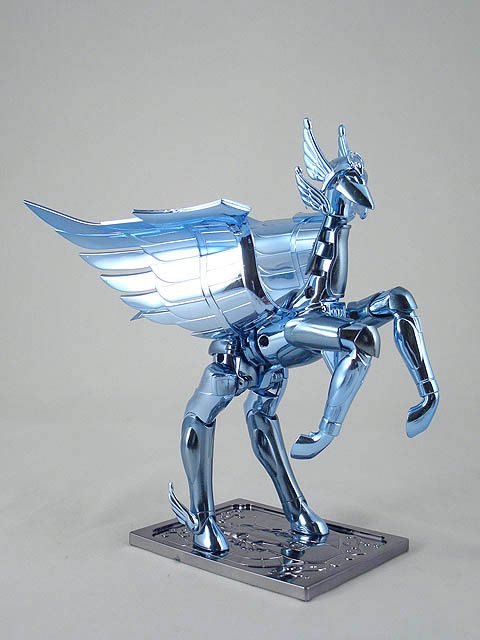 Each warrior wears an armor in the series. Athena's warriors wear “clothes” and are all named and designed after constellations in the night sky. So when the Cloth is not being worn by our heroes they form a statue or “Object” to be more accurate. Tenma's armor being the Pegasus saint turns into a Pegasus statue. 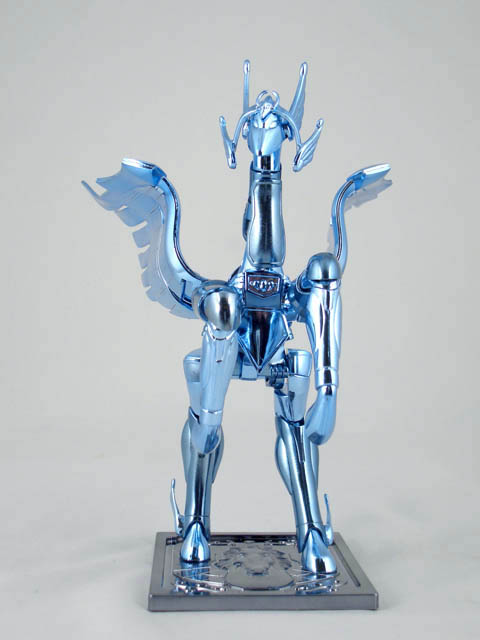 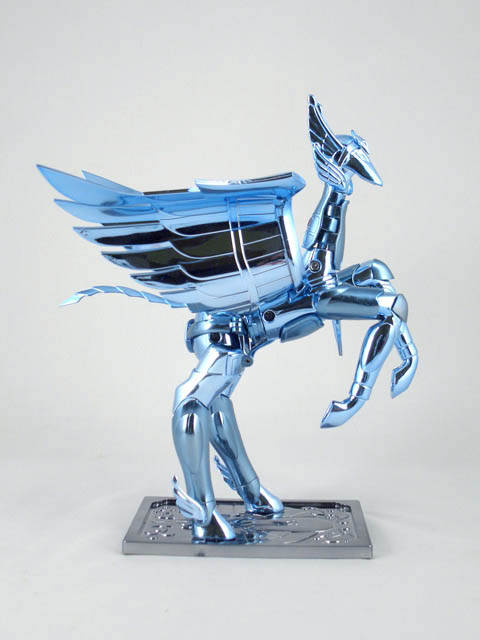 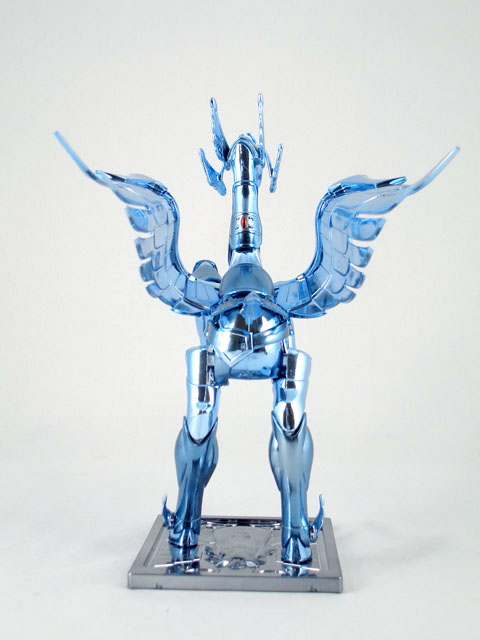 You may notice that the figures themselves are fairly spindly and thin but all that changes when you put the parts on for the armor. Everything sits and looks properly in proportion once on and looks stunning on the shelf. 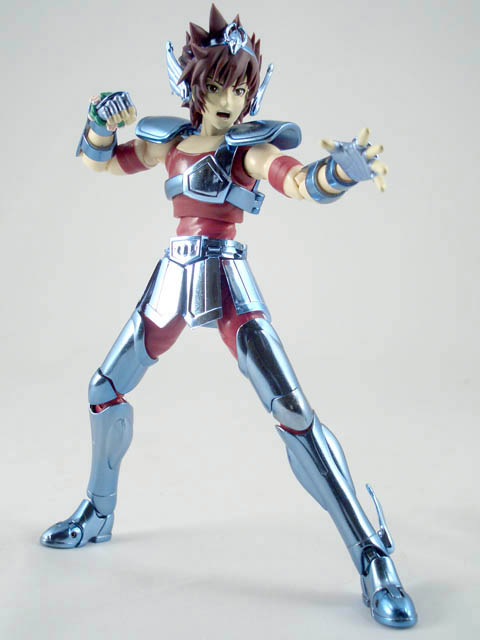 Most of this release is die-cast metal with only the skirt plating and head-piece being made of plastic. There's not a lot for armor on the figure as this is how it appears early in the show before it's first repair/evolution. 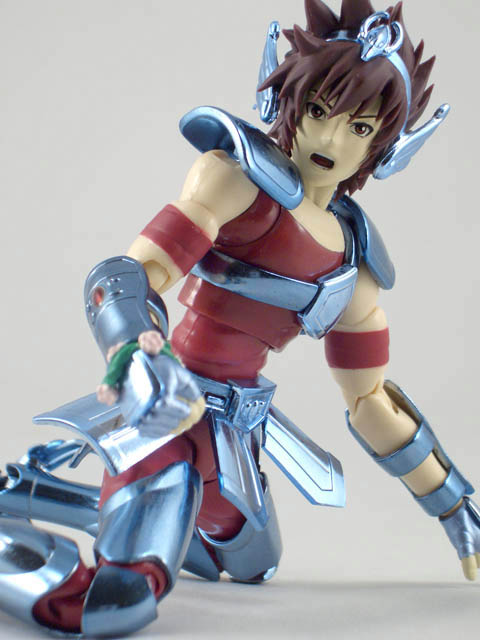 Not a lot of surprises with this release. Saint Cloth Mythology has been a top quality line from Bandai for many years now and Pegasus Tenma is an excellent start to The Lost Canvas line of figures and a good place to start if you've ever wanted to check one of these sharp looking figures. You can get yours at HobbyLink Japan. 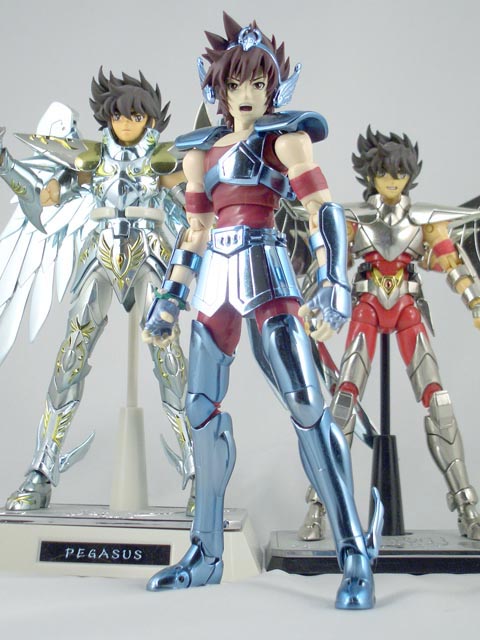 On a side note, I have finally had a chance to see the 6 first episodes of the series, fan subbed. It's really well done and a bit more mature in tone that early Saint Seiya. It is an excellent place to start if you have ever been interested in the Saint Seiya Mythology but have been overwhelmed at the rich and long history of the series. It's an excellent beginning point without knowing a thing about the history.

Although I'd never buy these, they are gorgeous and I love seeing the great pics and reviews of these figures in action.

Wow, I like the look of this figure very much more than the others... the new style headsculpt and body proportions look way better, and the sleeker and more minimalist armor looks like it would make for a much more playable toy. Maybe I should check out the fasubs for this series.