The repaint, and specifically the black repaint, is among Popy’s great innovations, and the original Black Reideen kicked off the whole phenomenon. While collectors and fans have both embraced and disparaged the practice, repainting toys has become a fixture of the hobby. While Bandai has issued a black version of many of its SOC releases, none is as appropriate as the Black Reideen. With this release, Bandai has come full-circle to reimagine both the first “DX” transforming toy, and the first black re-deco, of the modern era. I myself am ambivalent towards repaints, but I can’t deny that this piece is an important milestone, and an impressive toy in its own right. BR comes in a handsome foil-embossed box. 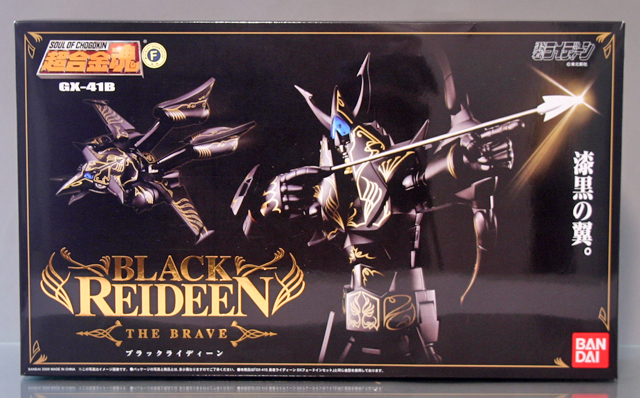 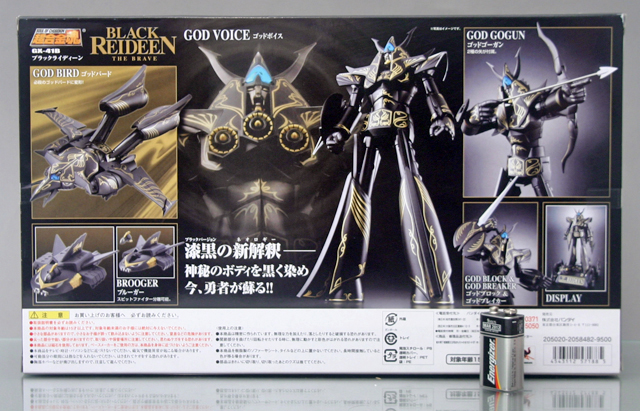 Inside, you’ll find Reideen in a typical SOC Styrofoam coffin, sans head and hands. Two trays of accessories fill out the set. 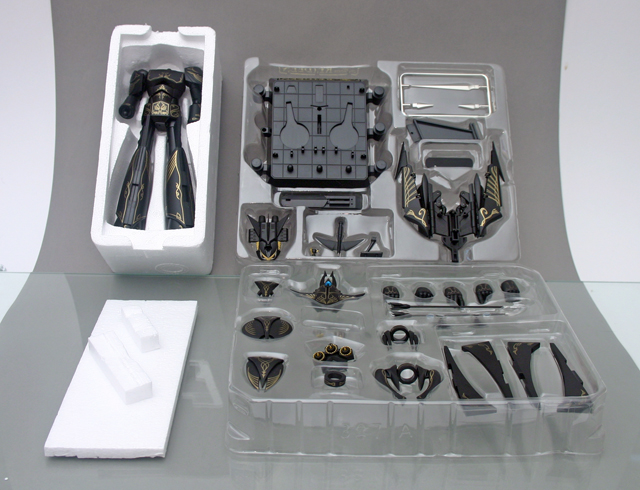 Even though this release is a repaint of the more bare bones of the two SOC Reideen sets, the parts and accessories feel generous. All of the essential elements are here, as well as many items I could easily live without. You need to dress up the core figure with the head assembly, fists, a triangular plug which fits inside Reideen’s chest, and shin/foot fins. Two sets of fins are included, one static and one articulated with rotating and extendable toes. 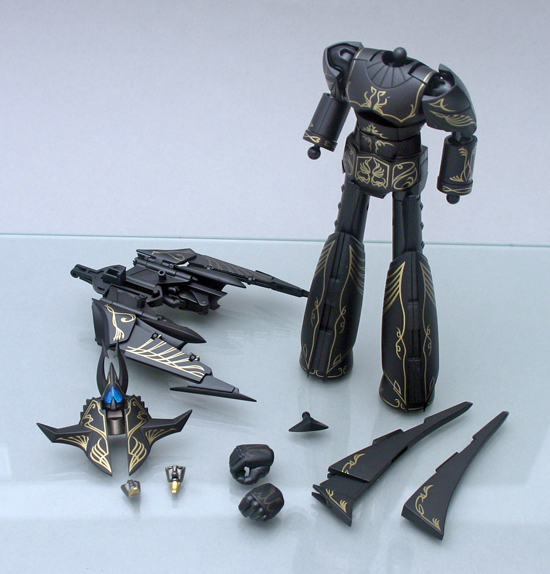 Reideen has moderate heft. Diecast content is respectable but not satisfying. The head assembly is fiddly, and comes apart with casual play. The shins and shoulder armor pop off frequently. But those are minor quibbles considering the obvious beauty of the piece. The matte black finish with gold pin-striping makes for a striking figure. The gold detailing is a dramatic upgrade from the original. The clear blue cockpit is the perfect counterpoint. 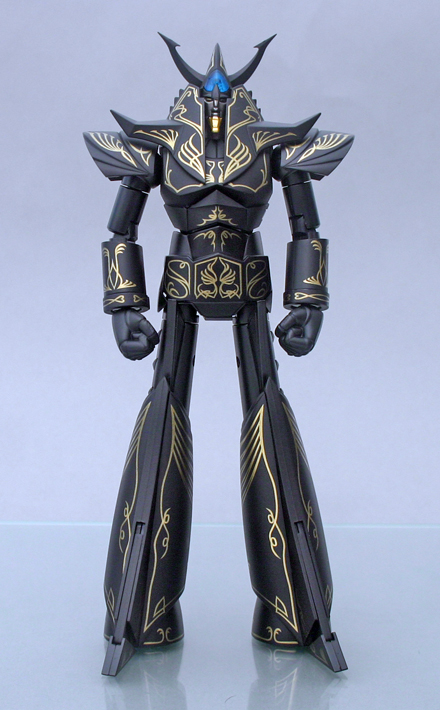 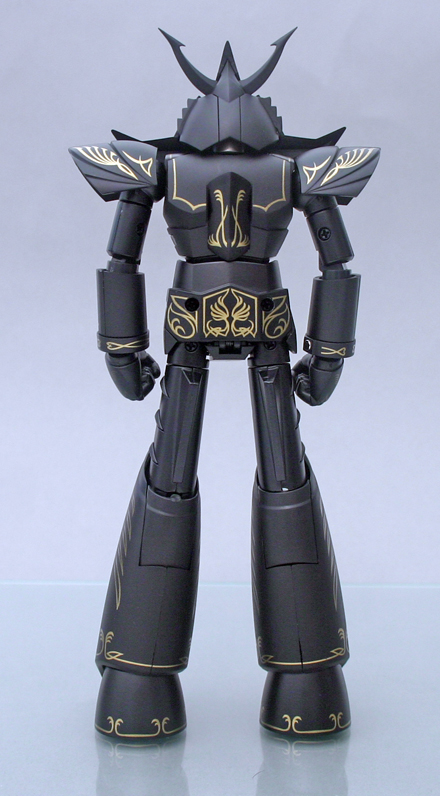 Articulation is below par for a contemporary SOC release. The (now standard) collapsible knee joints are fine, but the balance of the toy and the design of its lower legs make the figure too unstable to pose effectively. The arm joints aren’t as huggy as I’d like. There is something inherently precarious about Reideen’s proportions though, so I wasn’t expecting a modern version to totally nail it. 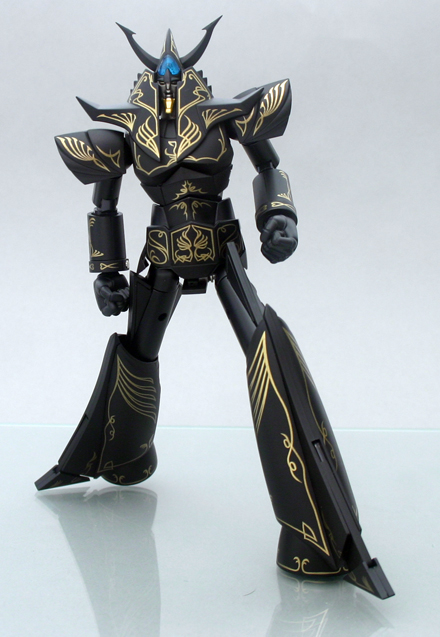 Bandai has included all of the accessories you’d expect. The pointy fingers, collapsible bow, and arrows (diecast!) allow for iconic poses, though actually getting all of this lined up and stable was too frustrating for me to attempt it again. 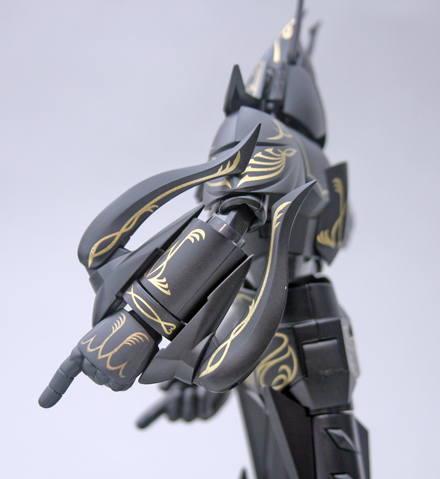 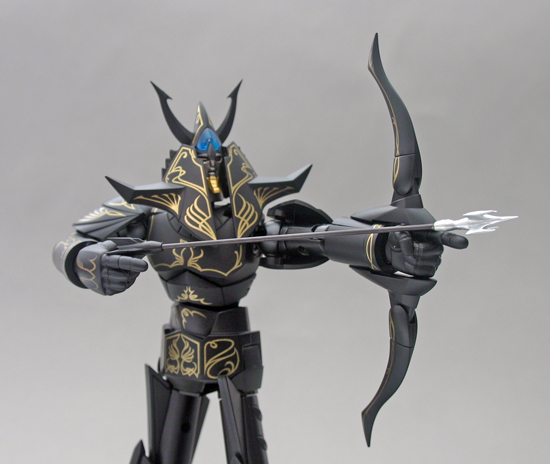 A static bow attachment is included as well. 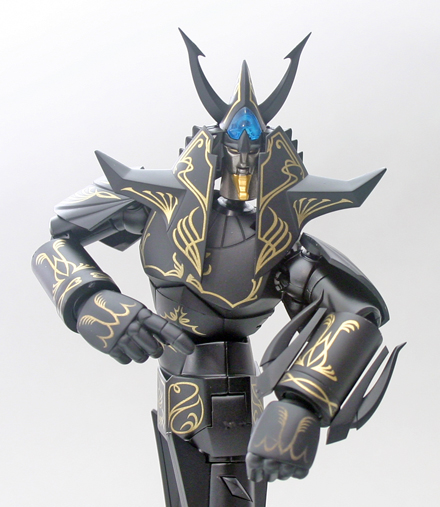 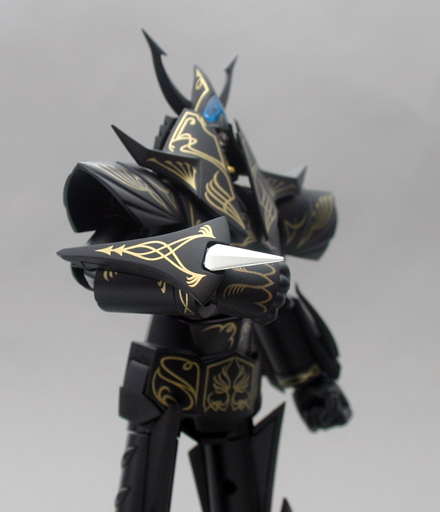 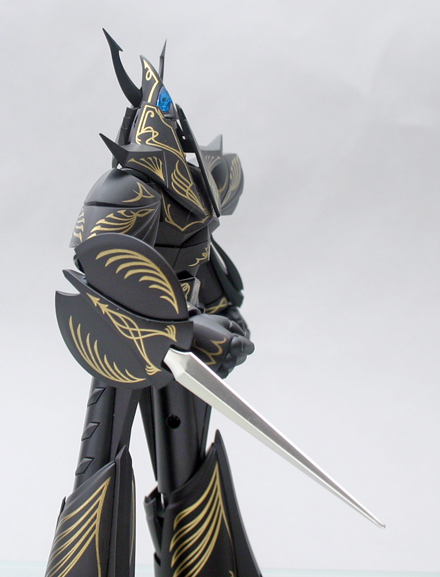 I like that the God Boomerang attaches with a magnetic cuff, though the connection is weak. 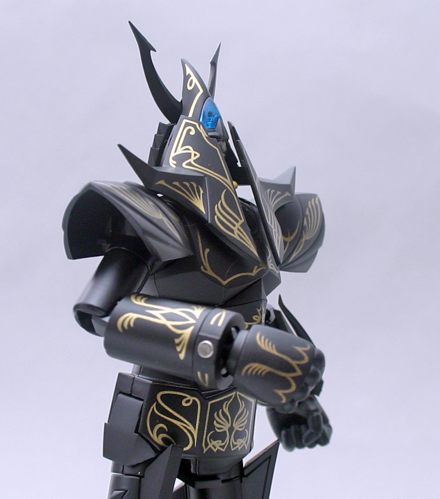 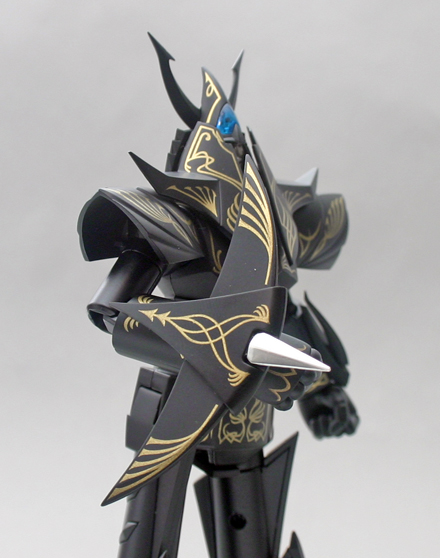 The chest plug is spring activated (by a panel on Reideen's left side), and you can plug in its place a spring-loaded bird missile or fixed God Voice attachment. 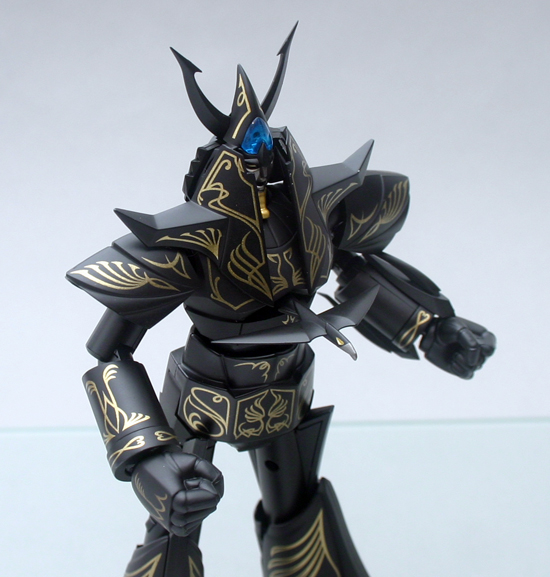 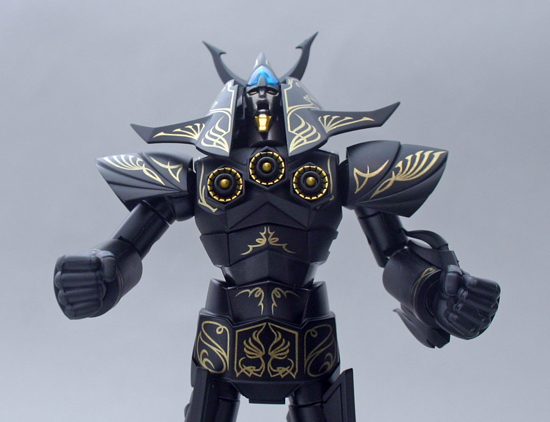 The essential accessory, this toy’s Raison D’etre, is the backpack, enabling our hero to transform into God Bird mode. You can place the backpack on Reideen in bot mode, but I can't decide whether it looks cool or cluttered. It does give him a nice Batman feel. 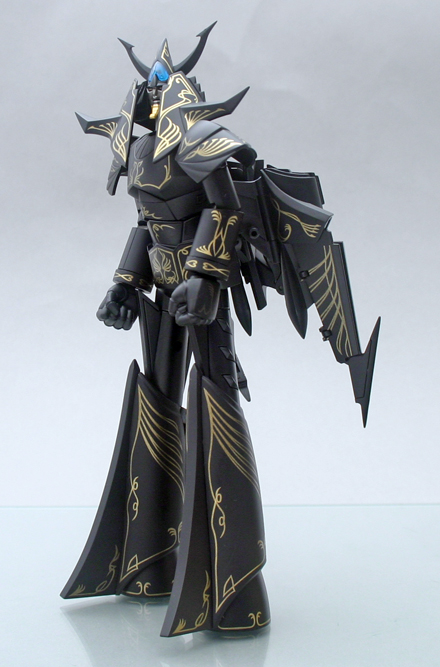 The transformation sequence roughly follows the classic version, with the headpiece collapsing, the legs bending forward and up, the shoulder armor folding down, and wings folding out. The engineering of the backpack greatly improves on the original, with sturdy origami-like wings unfolding, and a separate beak assembly fitting into place over the head. 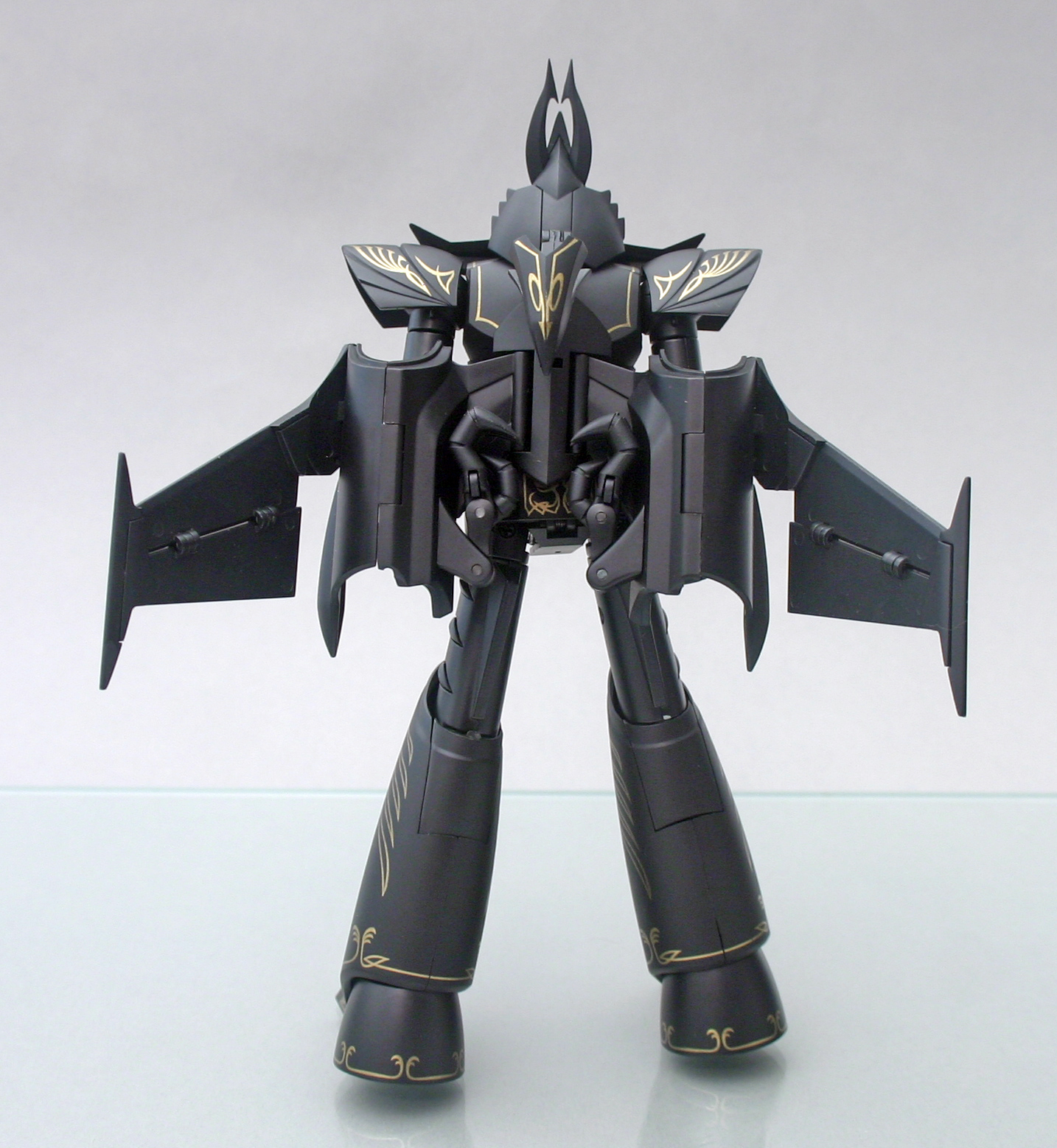 The beak’s connection joint is distracting, and compromises the cleanliness of the final product. 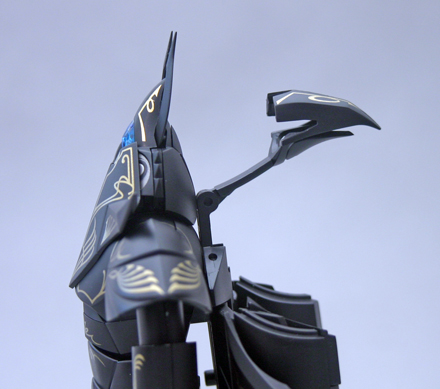 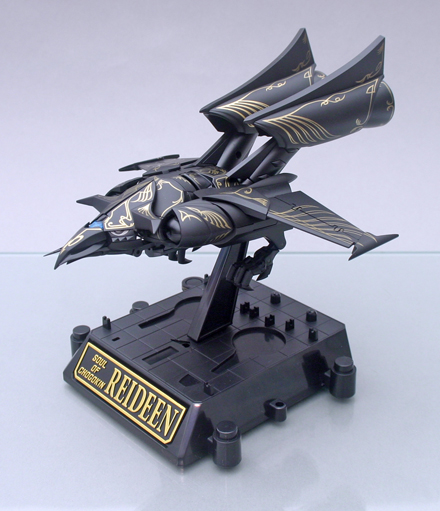 The stand is essential, as God Bird cannot perch on its own. This mode is fiddly, and the head never seems to look right. You can't really whoosh the thing around the room, it's just too delicate and precarious. 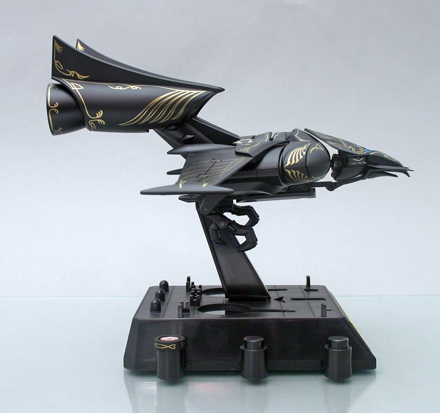 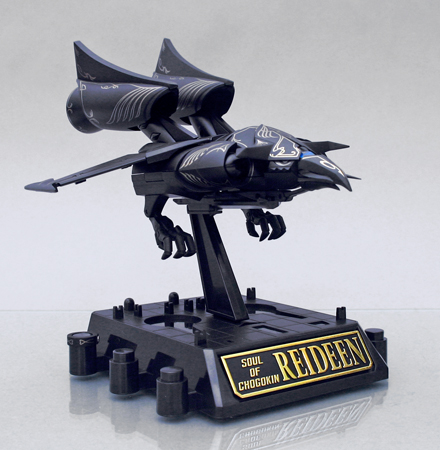 The stand smartly accommodates all of the assorted pieces in a cluttered heap. 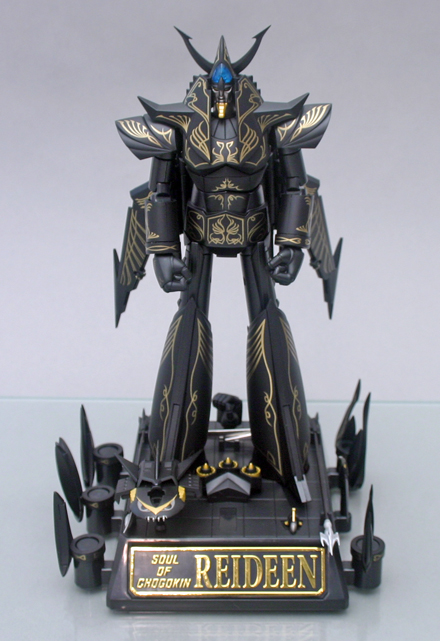 Included is a small, Hot-Wheels sized Brugar ship, also in fetching in black. 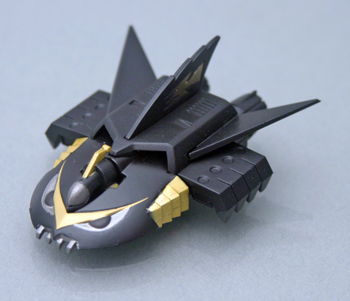 Black Reideen exudes a Gravitas which is lacking in his standard finish. This version is about drama and presence. The gold details could’ve looked cheesy, but they instead give Reideen an air of refinement and exoticism complimentary to his Egyptian styling. You can see where Popy would think that they had really stumbled onto something thirty years ago, and while the innumerable intervening repaints didn’t always live up to the original Black Reideen’s promise, this SOC rebirth absolutely does. 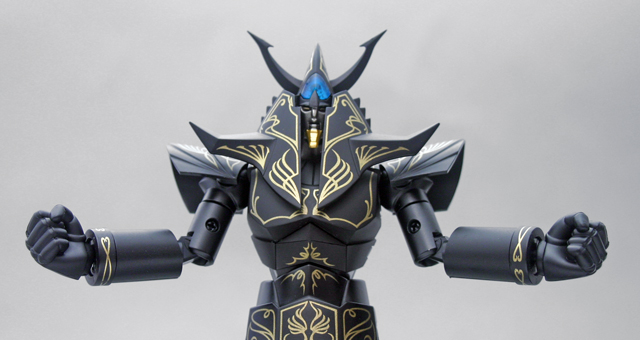 [This is not a sponsored review, but HLJ has these at 60% off right now. ]

5 comments posted
Good God that is one

Good God that is one beautiful SOC.

great review, nice photos, I had one and sold it...ironically, because in person to me, mine up close did seem cheesy with the gold paint...but in your pictures it does look refined and Egyptian ...go figure...lol

I love the primer black and gold pin striping, so 7T's So-Cal hot rod style! All it needs is red rims and whitewalls and a busty tattooed gal with a fringe to ride with.

Also these are on sale at HLJ people, definitely worth picking up!

These are nice photos you showed us,very sharp :)

Yes I have this one too and it is a real beauty even though lacking in the weight dept.
Grandzinga....