One of the things I like about Japanese Toys is the fact that they make toys of the most obscure things that pander to such specific fandoms. The Shin-O vs Den-O set is one such toy.

The genesis of this set lies in a special episode of Crayon Shin-Chan. In this episode, characters from Kamen Rider Den-O appear in Shin-Chan's world in his style. The result is a funny, often vulgar episode entitled "Crayon Shin-chan Midsummer Night: Here I Come! The Storm is Called Den-O vs. Shin-O 60 Minute Special!!"

It's funny. You should watch it.

Seizing on a golden opportunity, Bandai produced a special Soul of Sofubi set commerating the episode. Included in the set is Den-O, Momotaros, Shin-Chan, and Buriburizaemon. 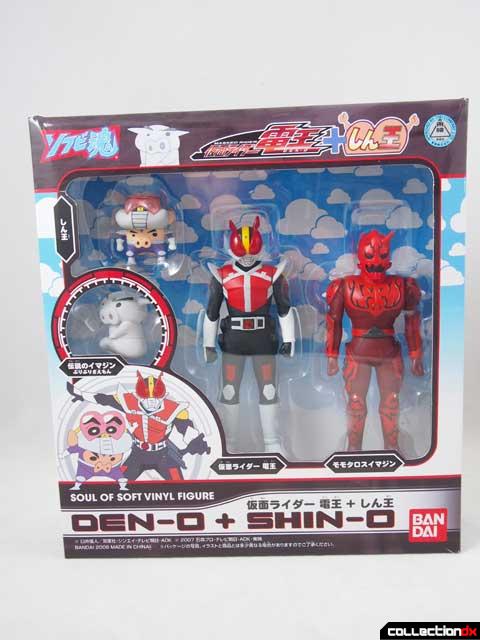 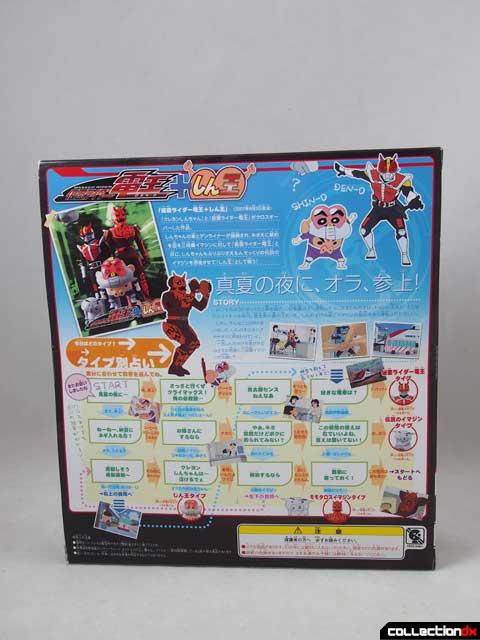 The box has some amazing art on it. 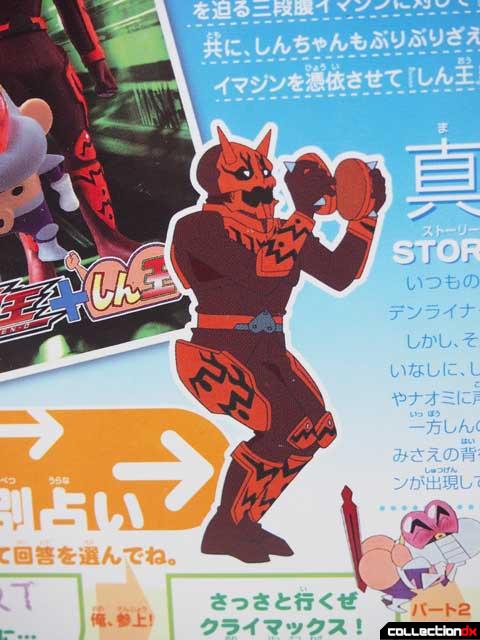 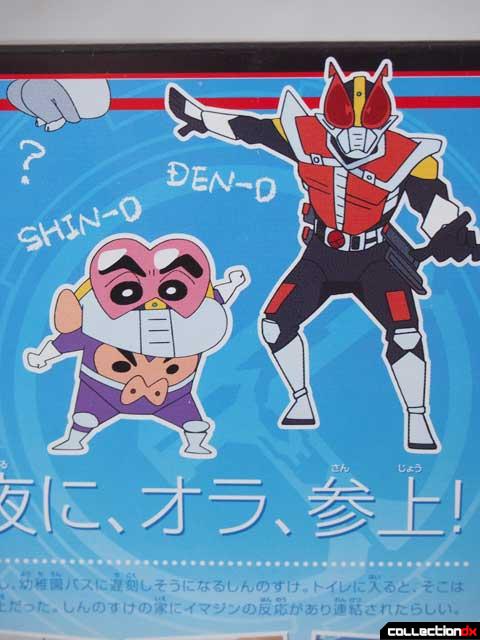 First off is Kamen Rider Den-O. He is based off his animated appearance, but the figure also gives the feeling of the nostalgic sofubi style. 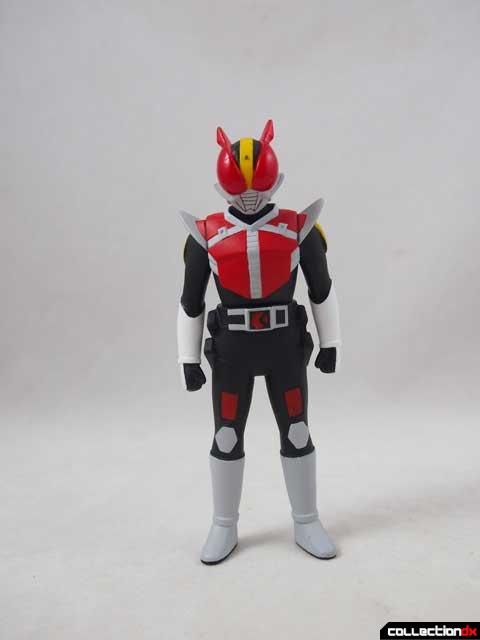 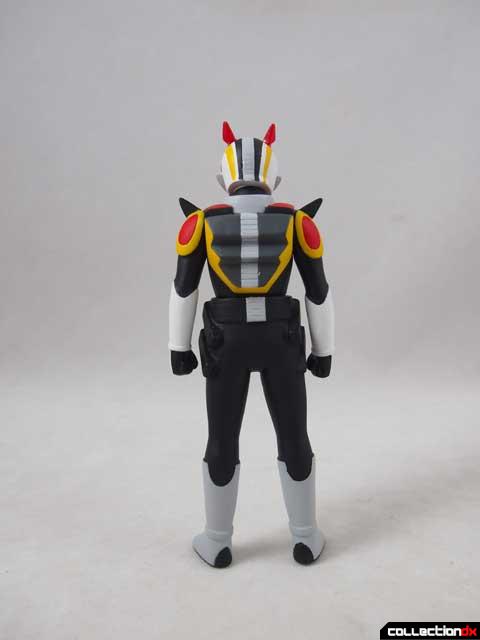 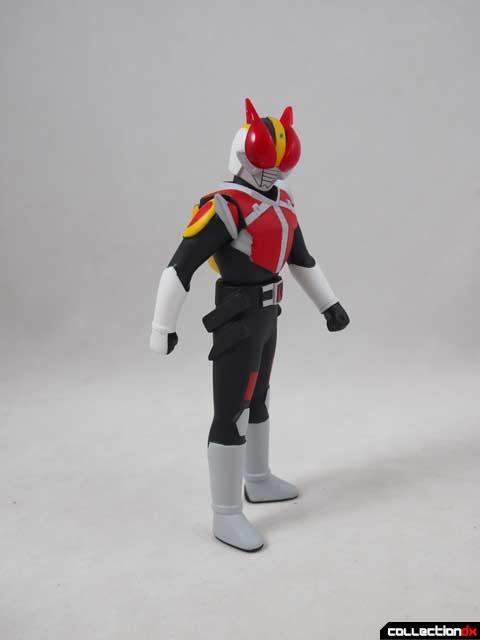 Next up is Momotaros, also in the nostalgic style. 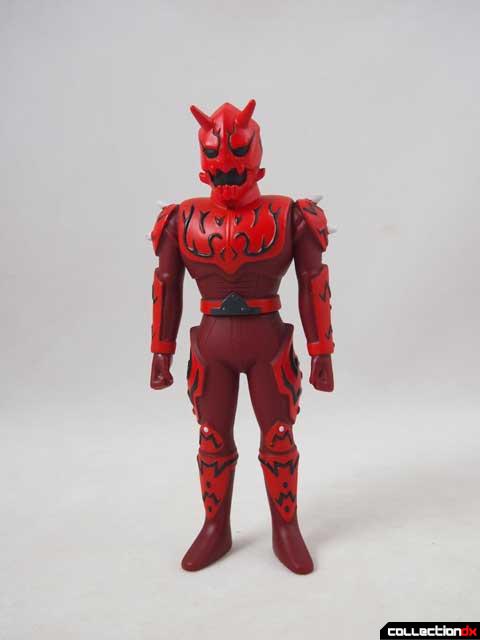 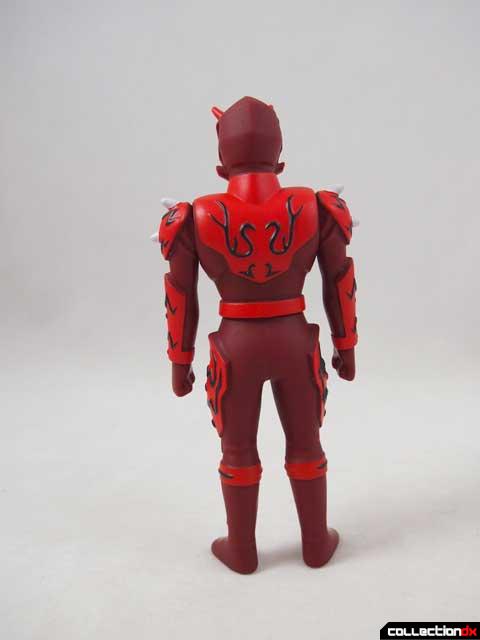 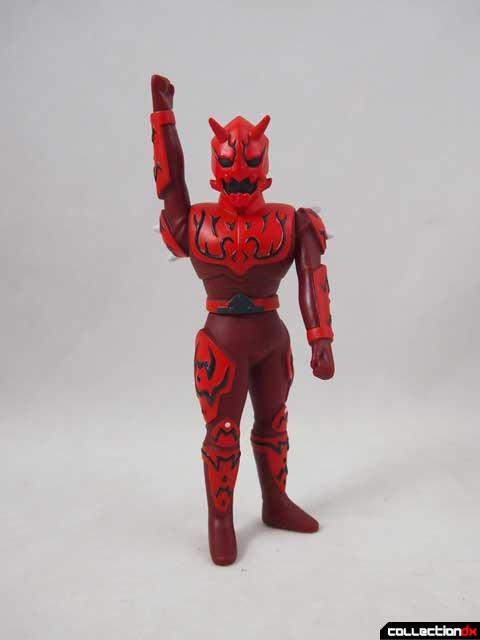 Shin-Chan is decked out in a hero outfit, complete with translucent visor. 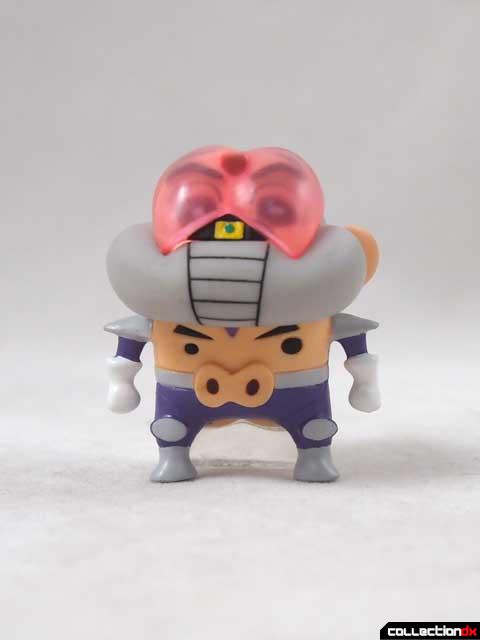 Because evey joke in Shin-Chan is an ass joke, Shin-O has an exposed backside, complete with ass-stand. 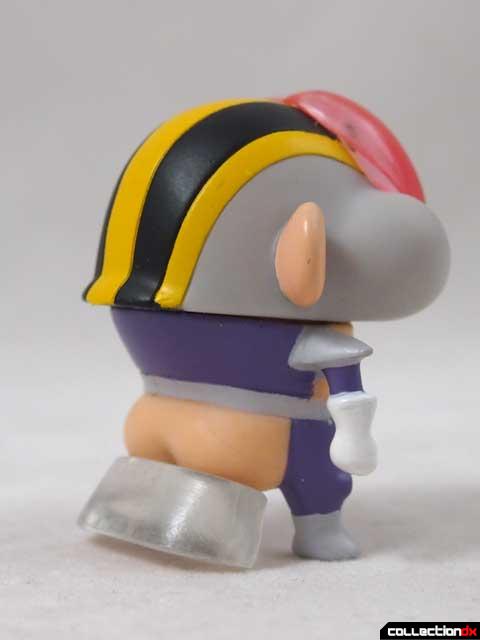 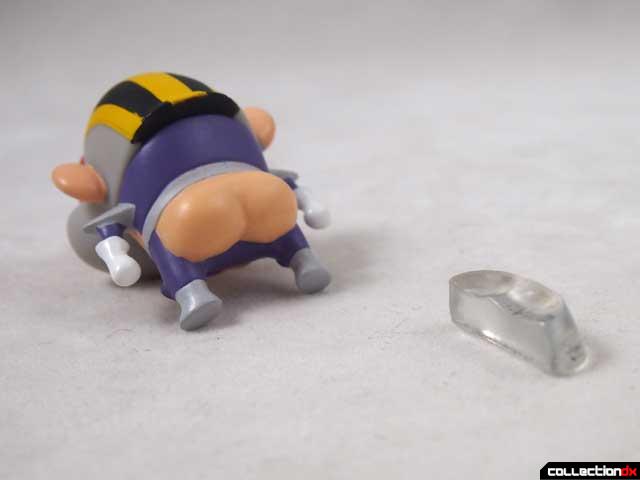 Buriburizaemon, the hero pig is also included - although he is looking less than heroic. 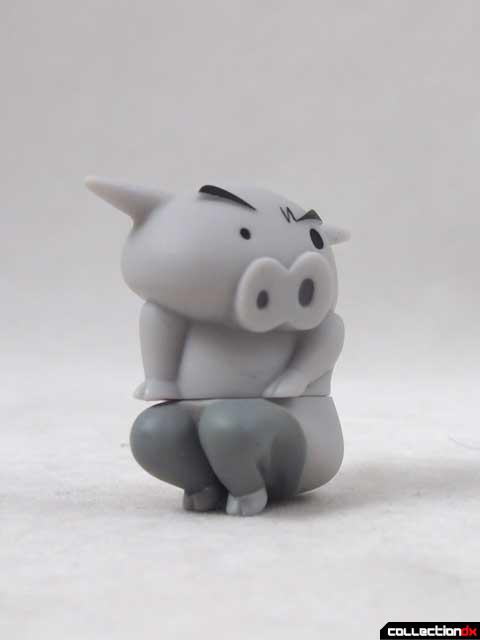 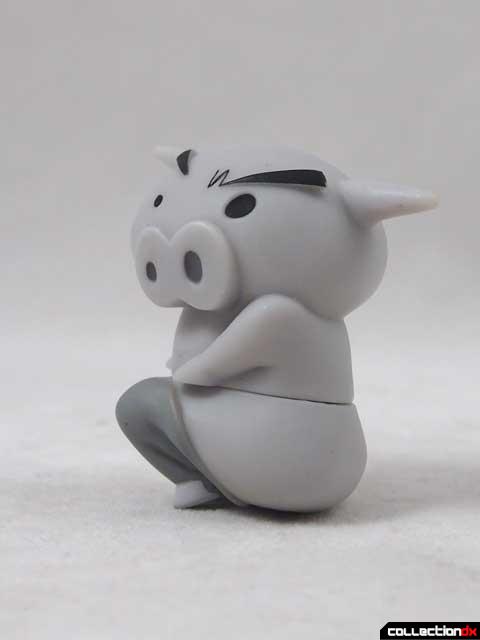 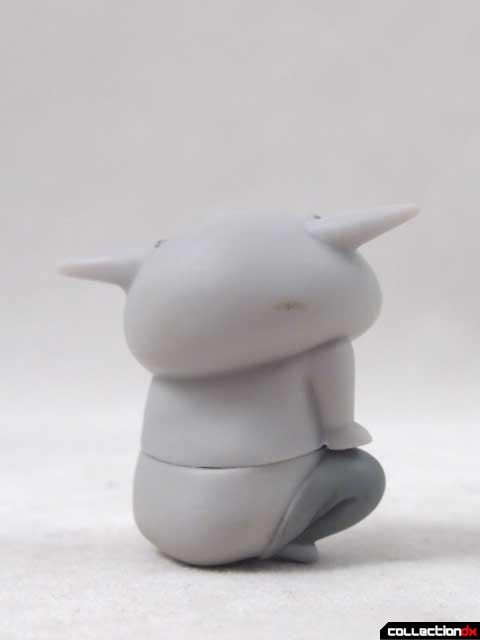 Alltogether the set is fun if you are familiar with the episode in question. Without that connection, it's just some silly soft vinyl set. Then again, I've bought sets for worse reasons. 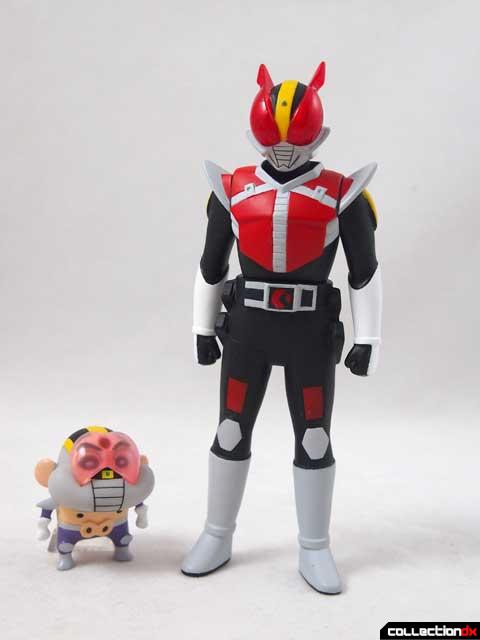 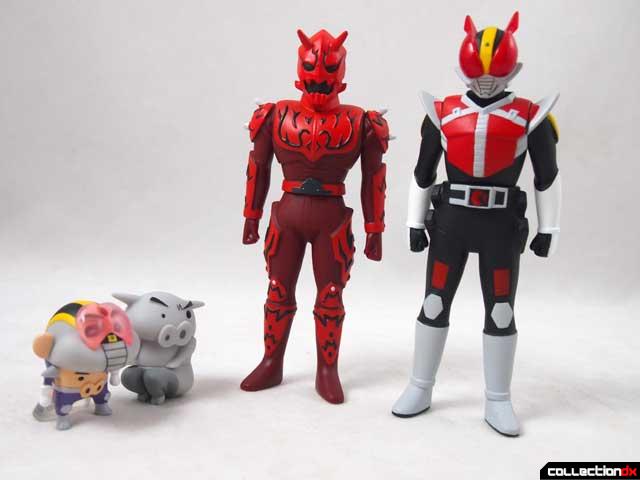 I remember when I read the manga, it was really funny, but I never thought they would make a crossover with a Kamen Rider. Strange, yet, it makes sense, considering Den-O.

Now I have some new thing to see this weekend :)

Shin Chan probably the dirtiest cartoon that a kid can still watch.

Nice to see they make a cross-over and now a merchandise to boot,

Anyone who bet's Shin Chan will eventually pilot a mobile suit?