With all the hype and excitement about the soon to be released Bandai GX-46 Soul of Chogokin Dygenguar & Aussenseiter, I thought it would be a great time to review Kotobukiya'a Dygenguar full action model kit.

Dygenguar is one of the coolest mecha designs from the wildly popular Super Robot Wars tactical role-playing game series.

Starting off with the beautifully illustrated box. The box cover really gives you a feel of the characters coolness. As you can see in the photo below, he is sporting his famous pose. Man, is that sword huge or what? 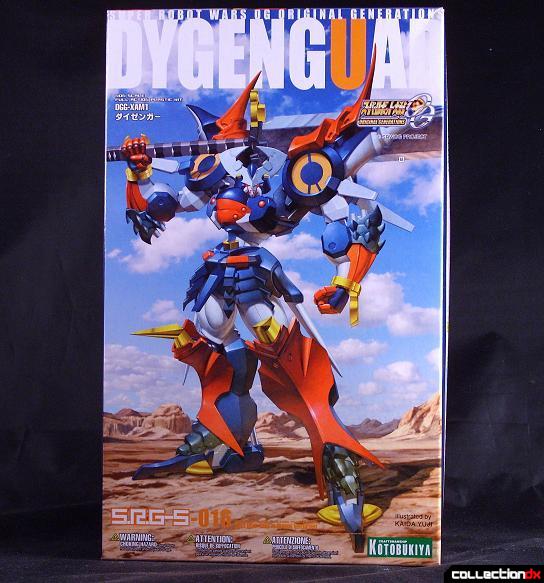 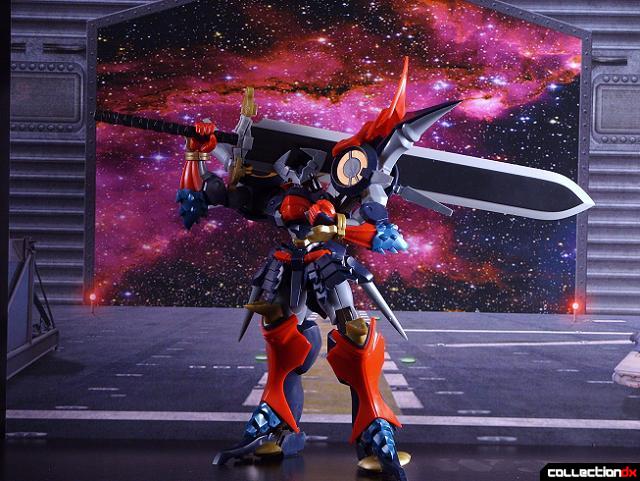 Without boring you with all the details of the build, I will just say that it is fun and at sometimes a little challenging. The kit is molded in color so you really don't have to paint it. Of course, you can paint and detail the finished figure if you would like to. All the pieces are clearly marked for easy assembly. The kit is made of high-quality plastic that feels very similar to the plastics used in high-end Gundam kits. The kit is basically a snap together kit but, if you plan on handling your finished Dygenguar figure you may want to glue some areas.

The completed Dygenguar figure stands approximately 8" tall at the tip of his red shoulder armor. Dygenguar features 24 points of articulation and includes 2 swords as well as three sets of hands, one closed, one open, and one for holding his weapons.

On to the pics! 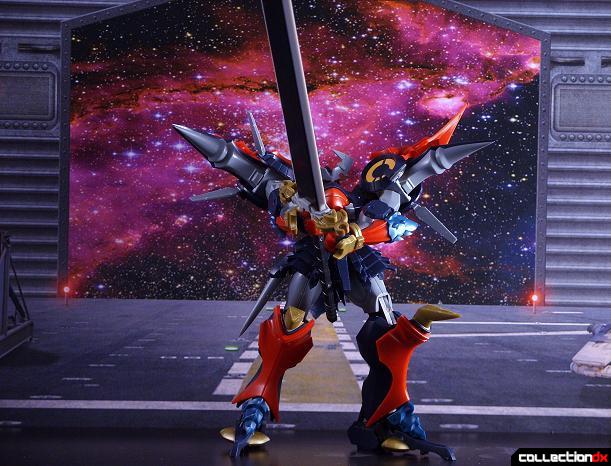 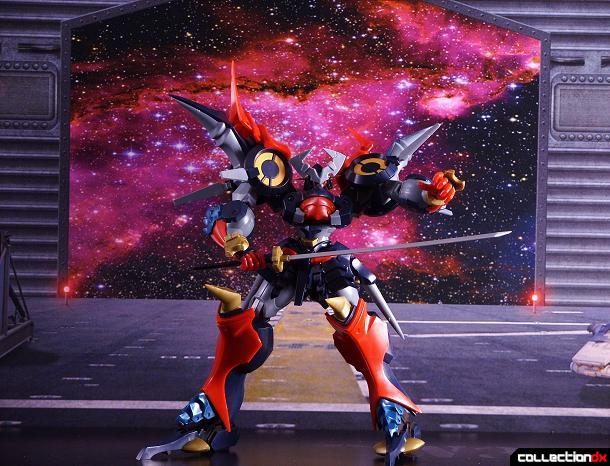 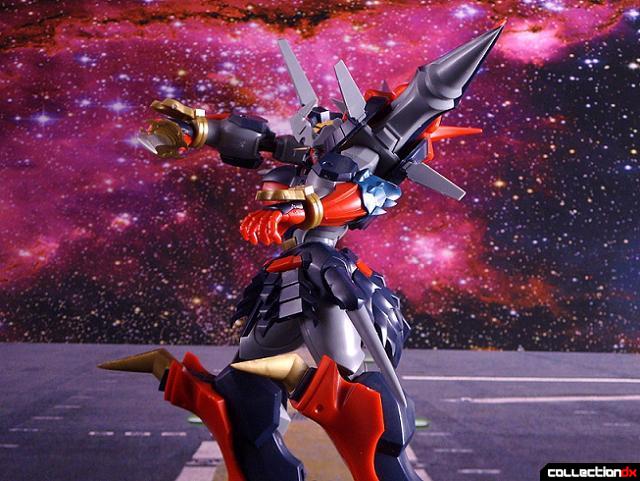 Dygenguar looks massive when posed with Kotobukiya's Gurren Lagann kit. If I was a betting man I'd say that Gurren Lagann is going to get his butt kicked! 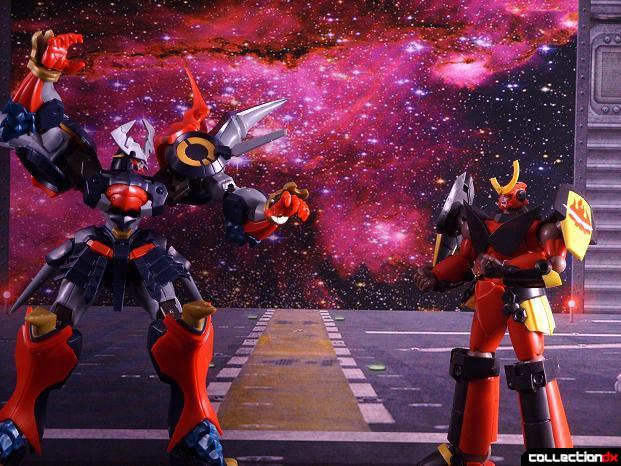 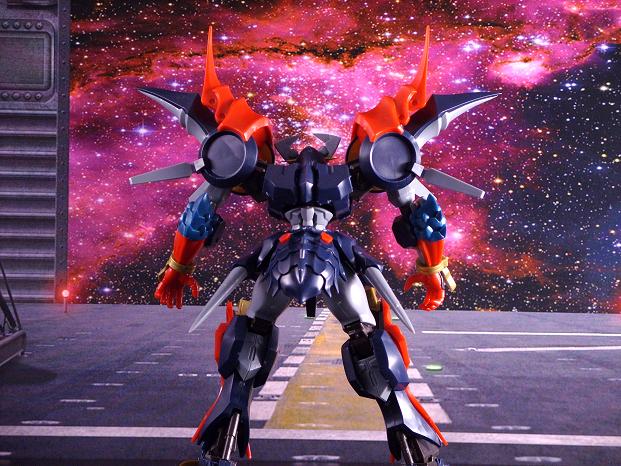 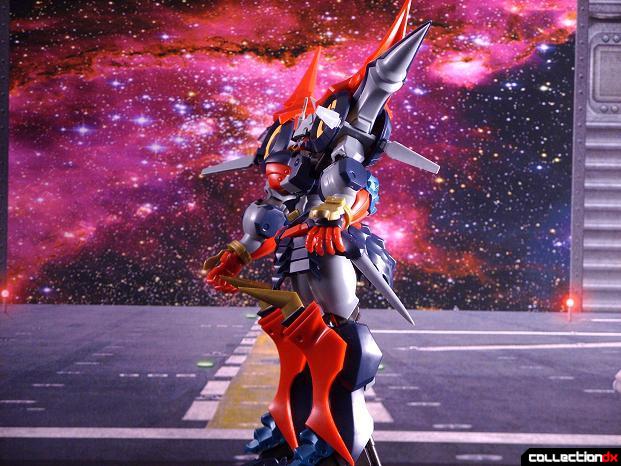 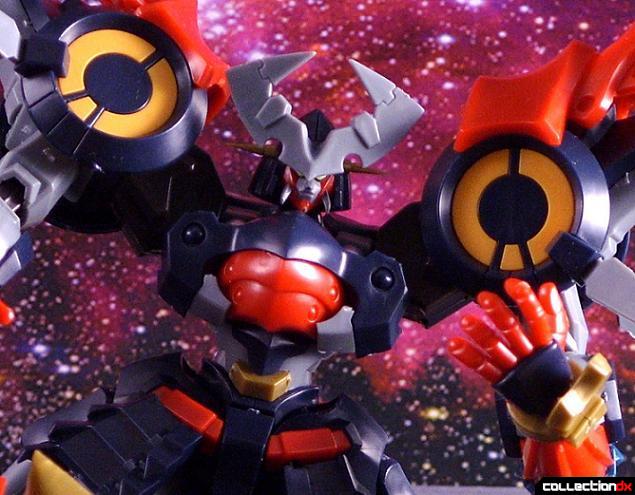 In conclusion, Kotobukiya's Dygenguar model is a great build and if you are a fan of the character and you like to build models.... Its a no brainer, you gotta pick this kit up!

These Super Robot Wars models are nice. Cool pics with the background you added. One of my favorite things about this guy is the oversized blade. Grungust is very nice too with his giant blade it just seems to bring the robots design together better.

Hi, interesting review, but it's kind of hard to see the robot with the busy background. Also, I wish you had provided more information about articulation. Will you be reviewing the upcoming Soul of Chogokin version?

I got this kit...and I had an extreamly hard time getting the legs assemelbed, no matter what I did, it just refused to stay in and stay together. So yeah, I was a little disappointed. Gotta get the SOC/Megahouse SD versions to make up for it.

I had one just recently although just the bootleg version.

Even the bootleg is good. I can only imagine how good the original Koto kit is.