This Gamera is the new Gamera, the same one that Nekrodave reviewed back in 2006. His was a Chogokin, but this version is a cheap soft vinyl toy. 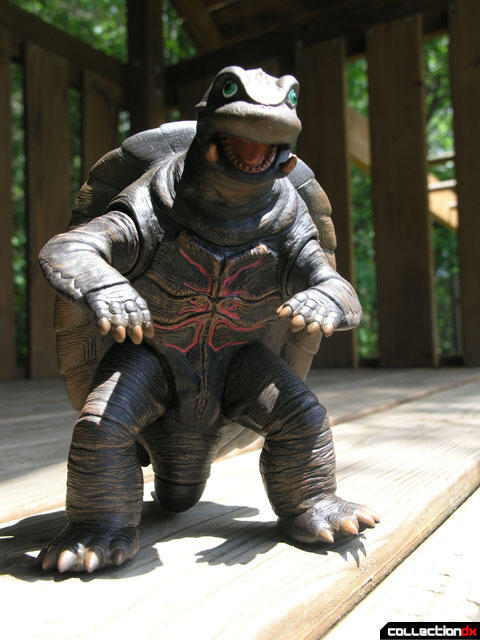 I’ve never seen the “new” Gamera movie – I can’t say I’m completely sold on the idea of a new Gamera – the latest movie never spawned any sequels and didn’t seem to be received well. With the success of the 90s Gamera trilogy, I’m surprised they didn’t continue that series instead. 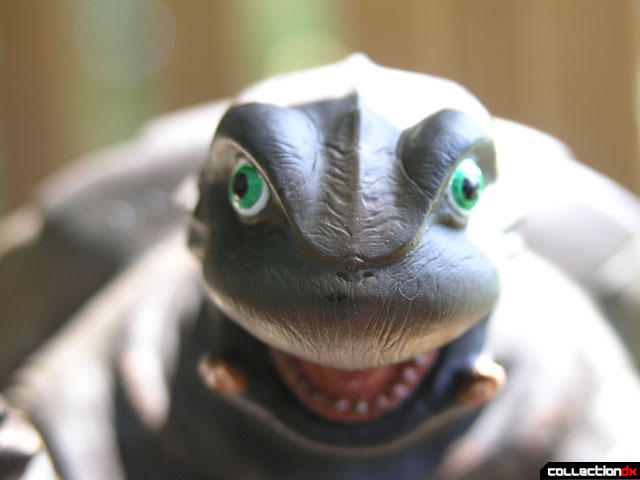 But whatever, the big thing is re-imagining and re-launching things now – everyone is out of ideas for the most part. 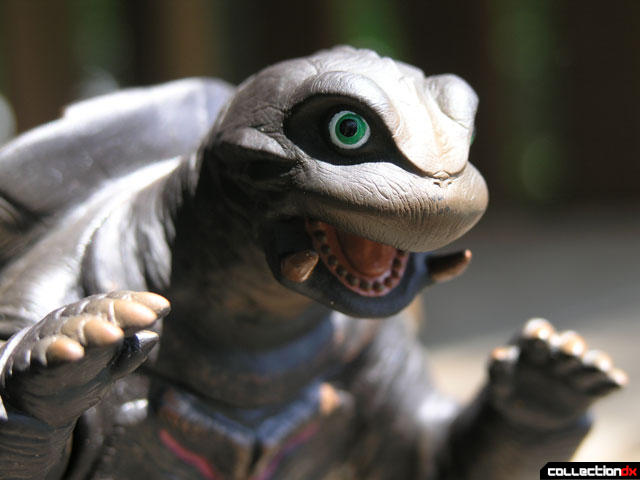 As a toy, Gamera is fine. He’s a non-threatening monster turtle who looks more like a bath toy than a Kaiju. The sculpt, paint, fit and finish are top-notch. If you are a fan of this version of Gamera, I’m sure you will like it. 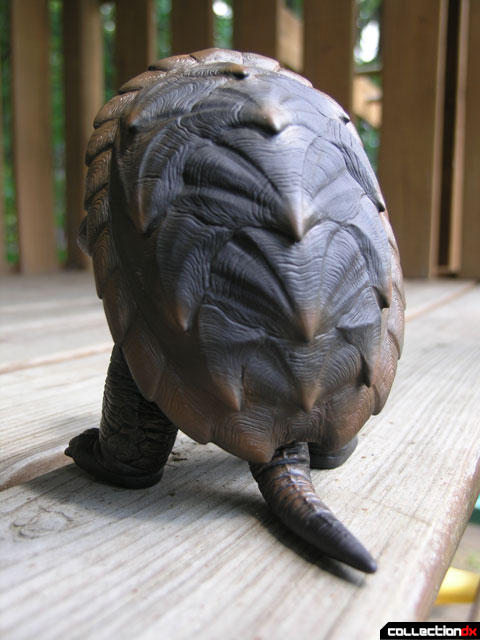 If you were nostalgic for the old version of Gamera, you’d be better off tracking one of those down instead. 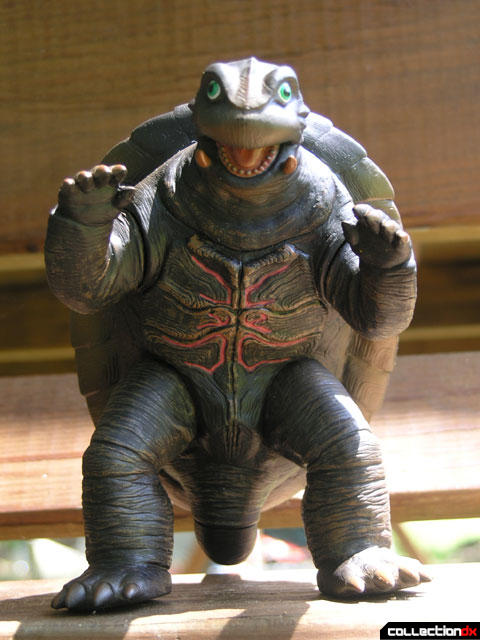 That's not the Gamera I know, this guy looks like he's from Fraggle Rock!

don't let the ninja turle look put you off. It's a great character.