I know I've said it before, but I'll say it again. A lot of the different mechs in Super Robot Wars have very different aesthetics. Of the three different model kits I've reviewed none of them look like they'd be from the same series. 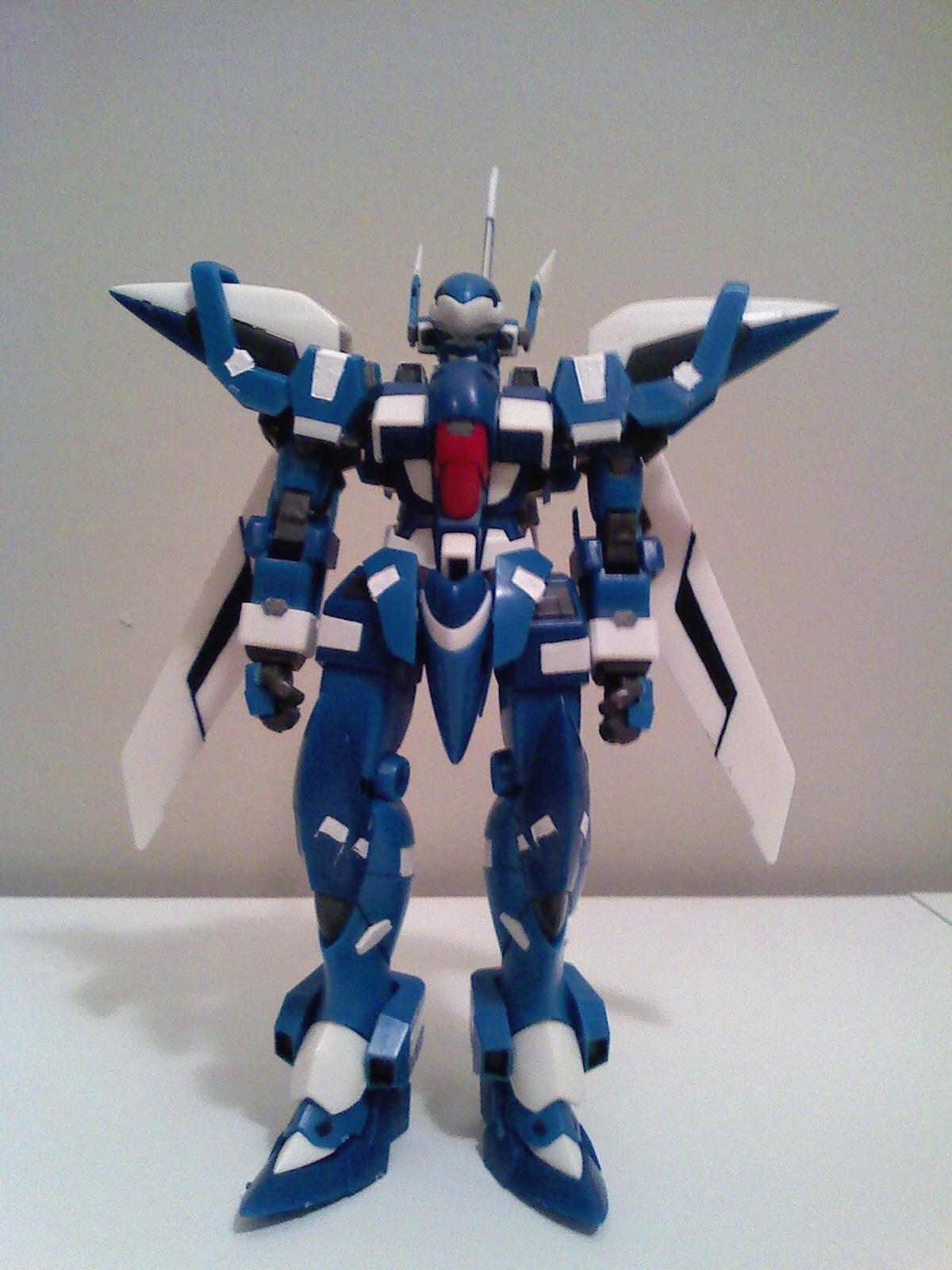 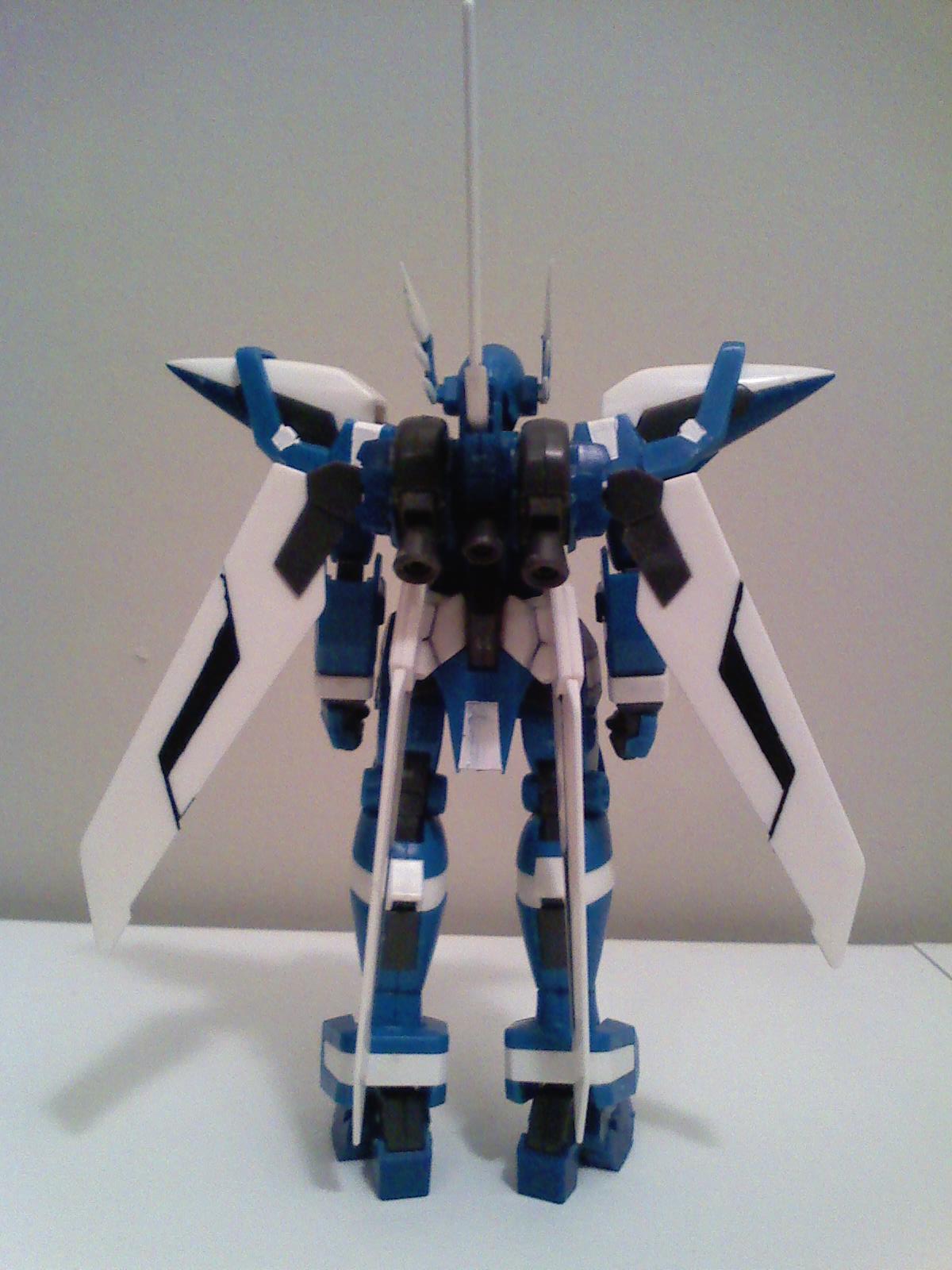 This is a Personal Trooper known as the Wildfalken. This unit was developed from the Weissritter and is piloted by Seolla Schweitzer. It's mainly used for aerial long range combat. 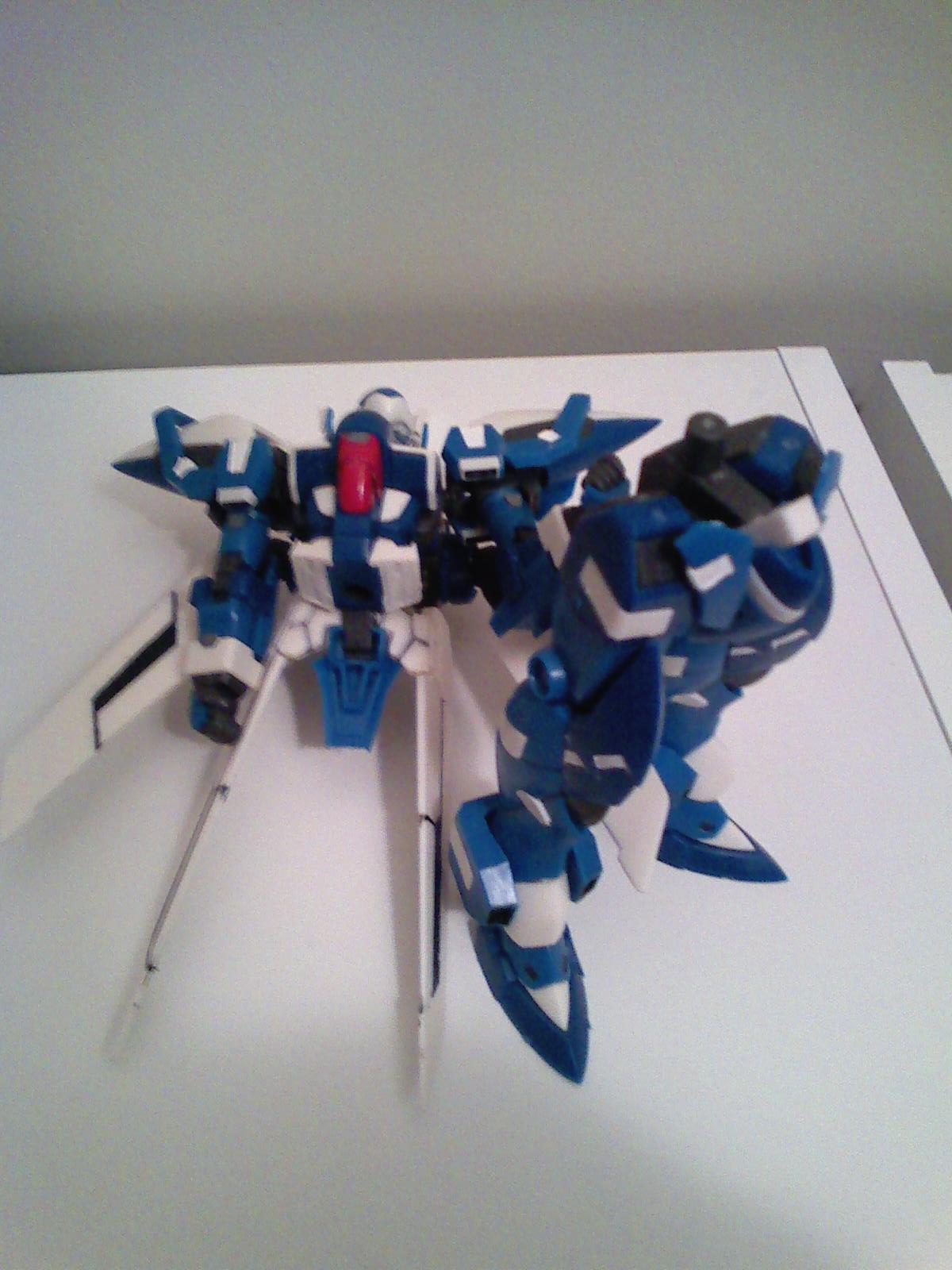 It has a very thin and wispy look to it. The construction choices are a bit peculiar. This design doesn't have the usual skirt armor that robots are known for now. It just has to front flaps that are attached by two pegs. 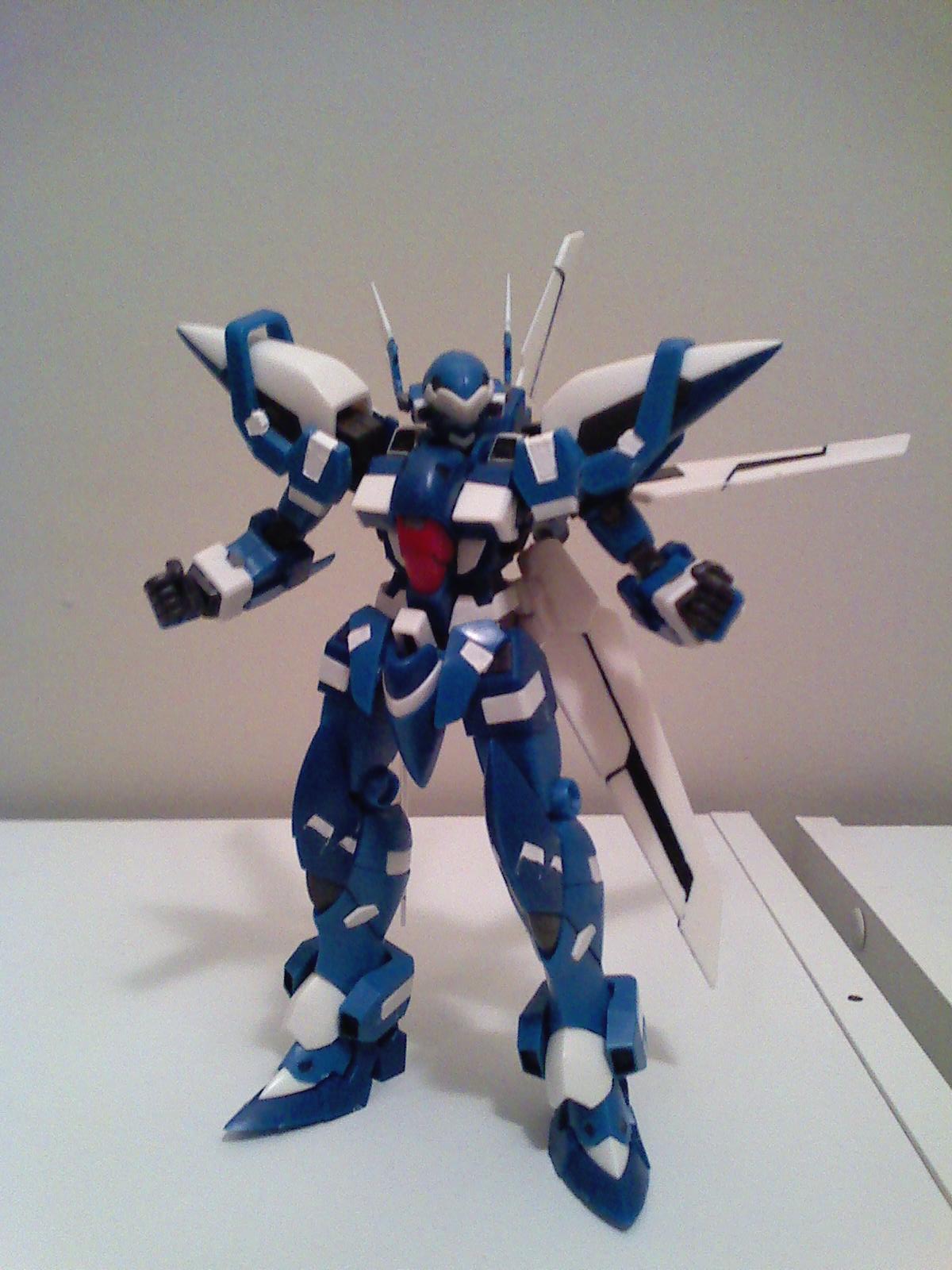 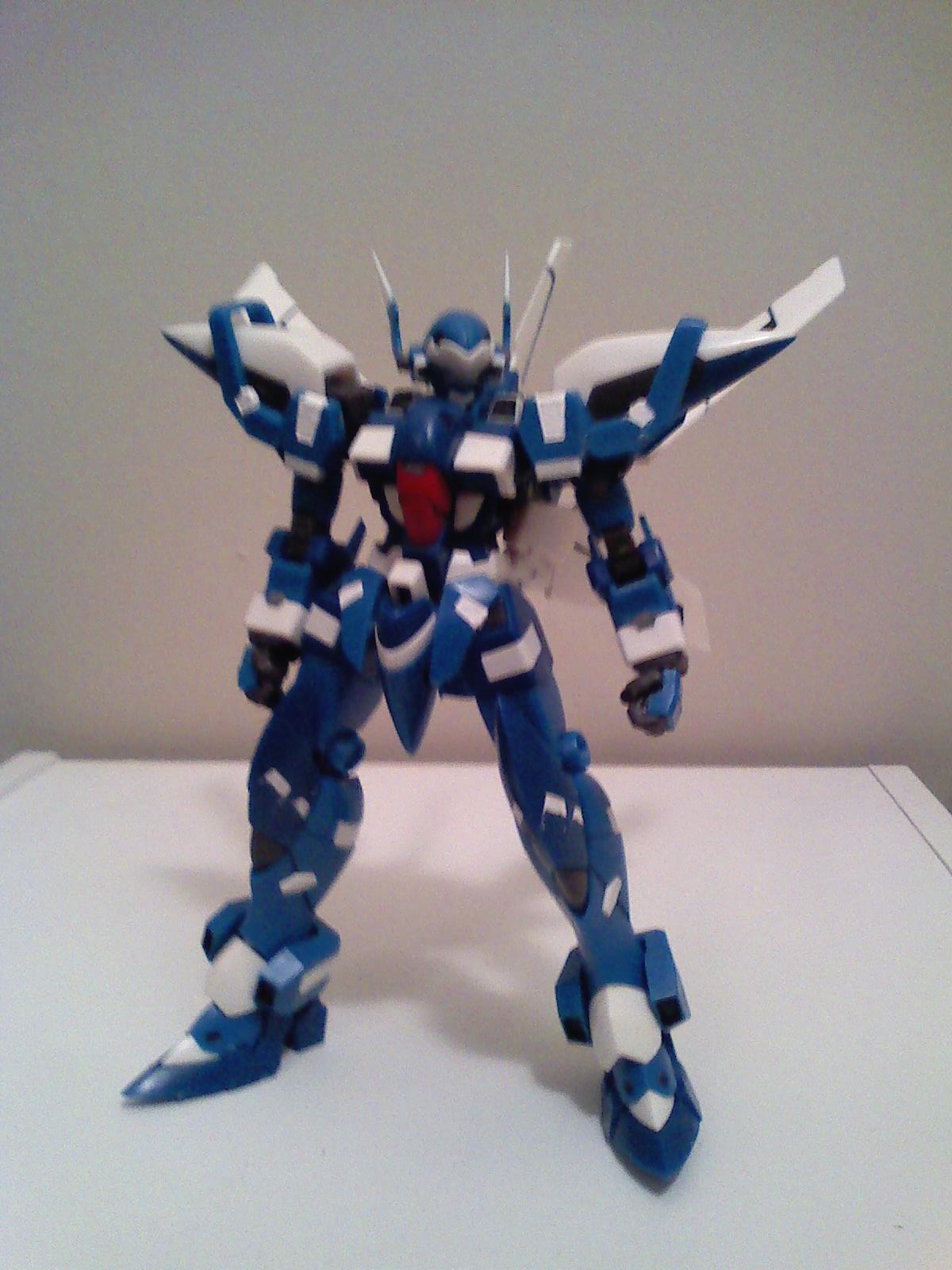 Poseability is mediocre. The elbows are much like the R-Gun and can only go about 90 degrees. Although the legs are double jointed they can't go very far. Also because of the front armor, the leg movement is a bit limited. This makes it so that almost all the Wildfalken can do is stand there. 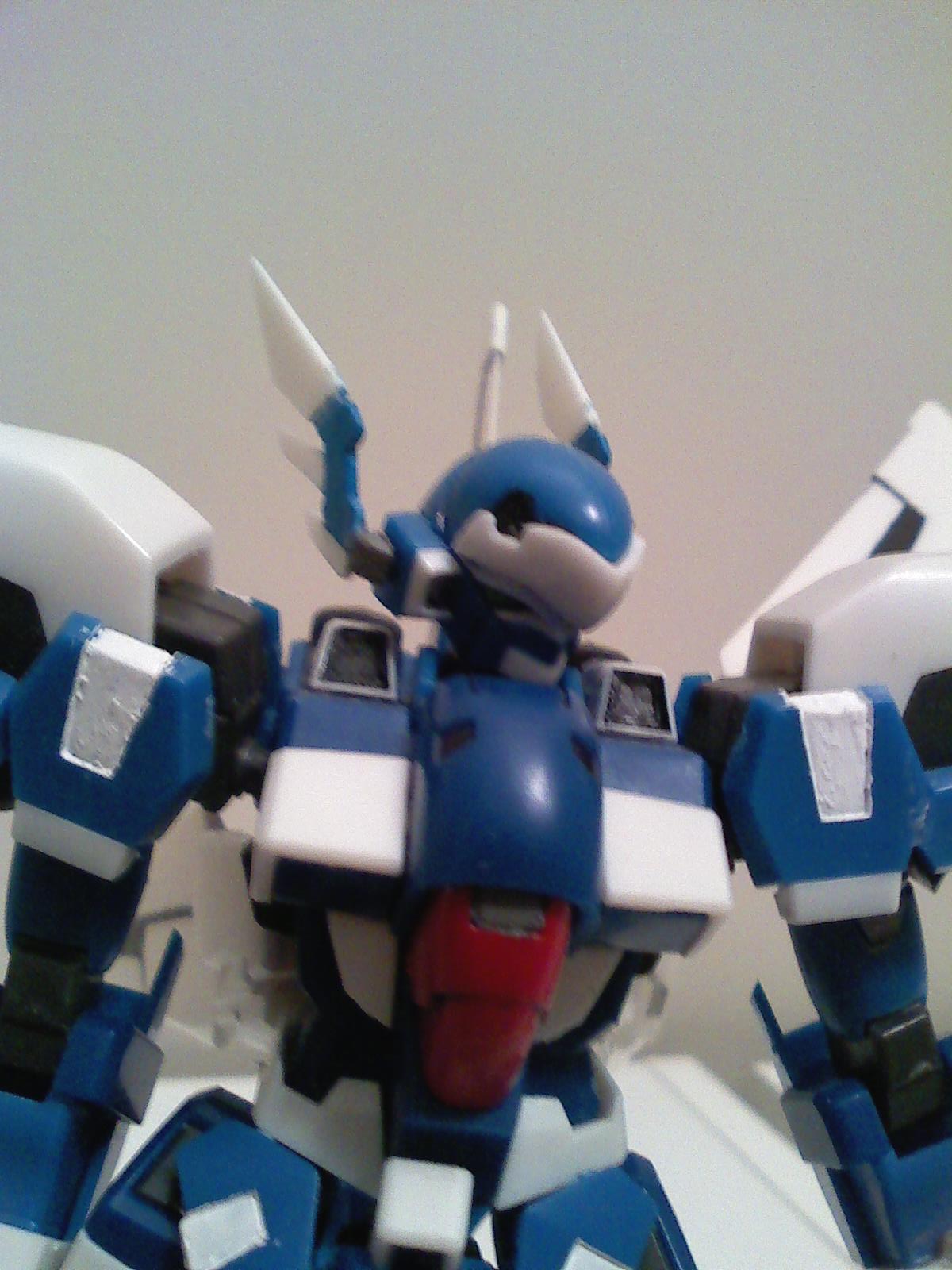 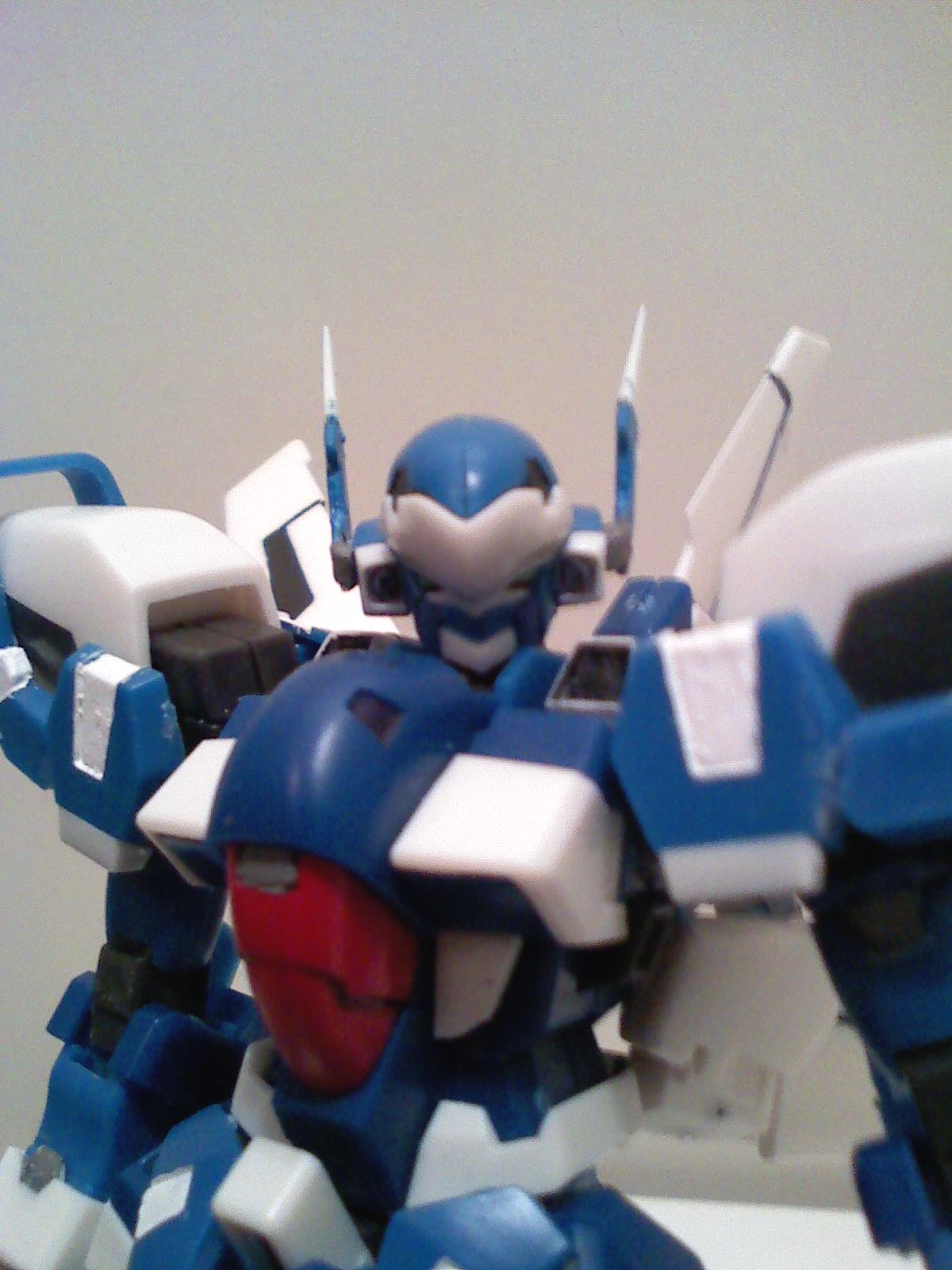 At the very least though, Wildfalken's shelf presence is undeniable. The design is so unique and stands out, with the wings on the back, the slender legs, and very recognizable head design. It would be very hard to say this looks like a Gundam. 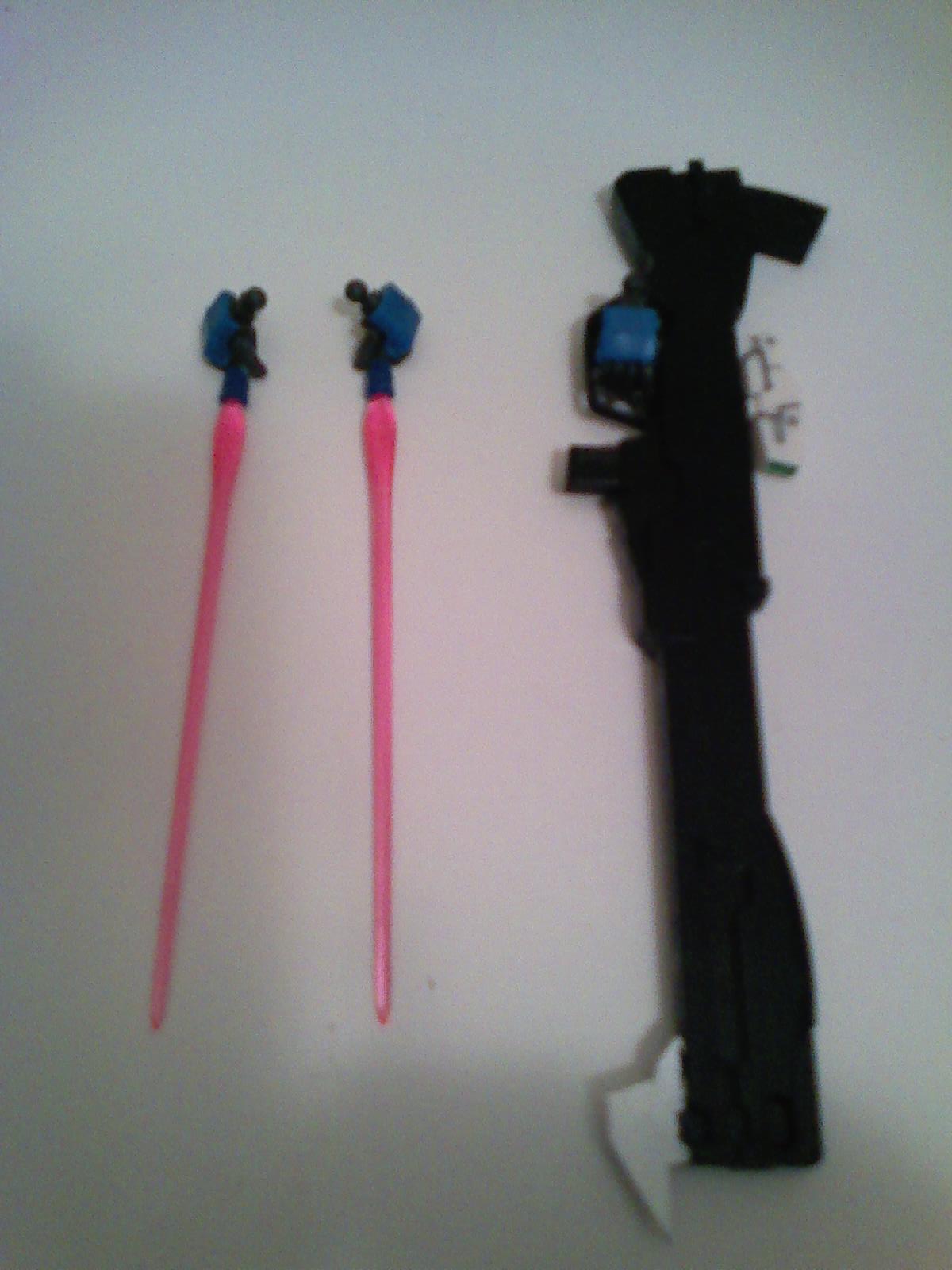 In terms of accessories Wildfalken only really has two. It comes with a pair of beam sabers and its signature weapon the Oxtongue rifle. 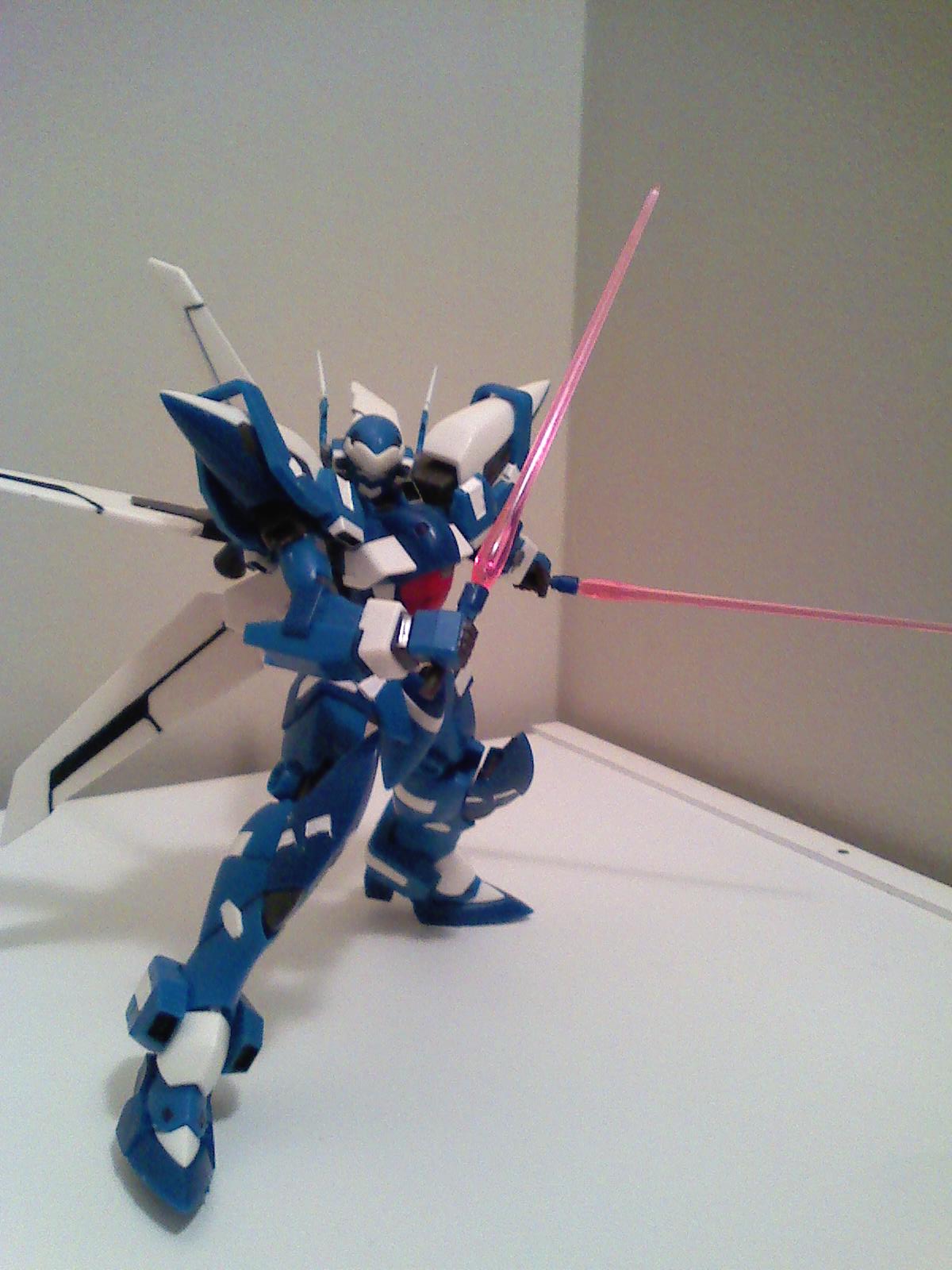 The beam sabers are molded right into the hands. The plastic used for the beams are particulary hard and do not flop or bend like a Bandai beam saber would. 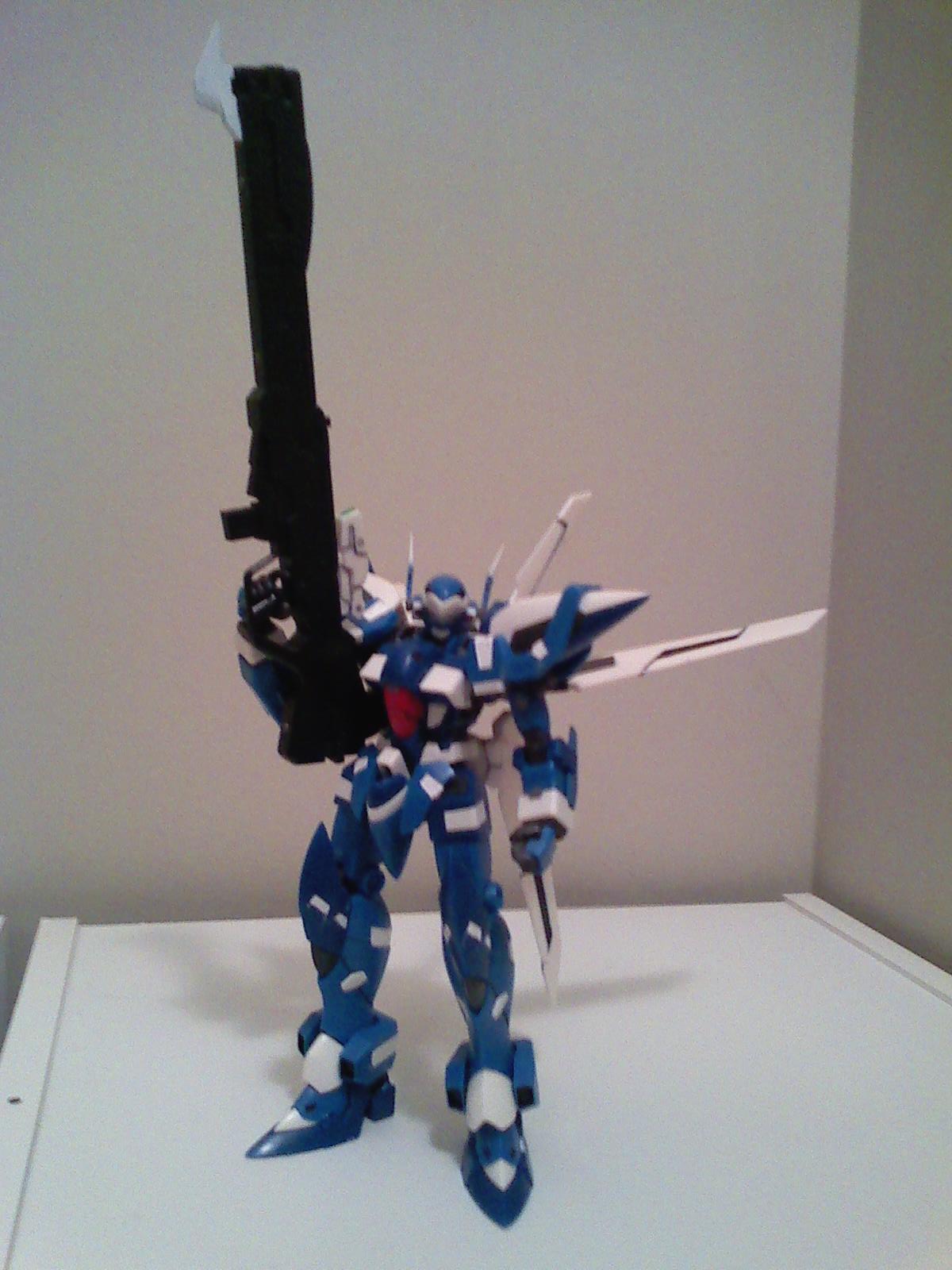 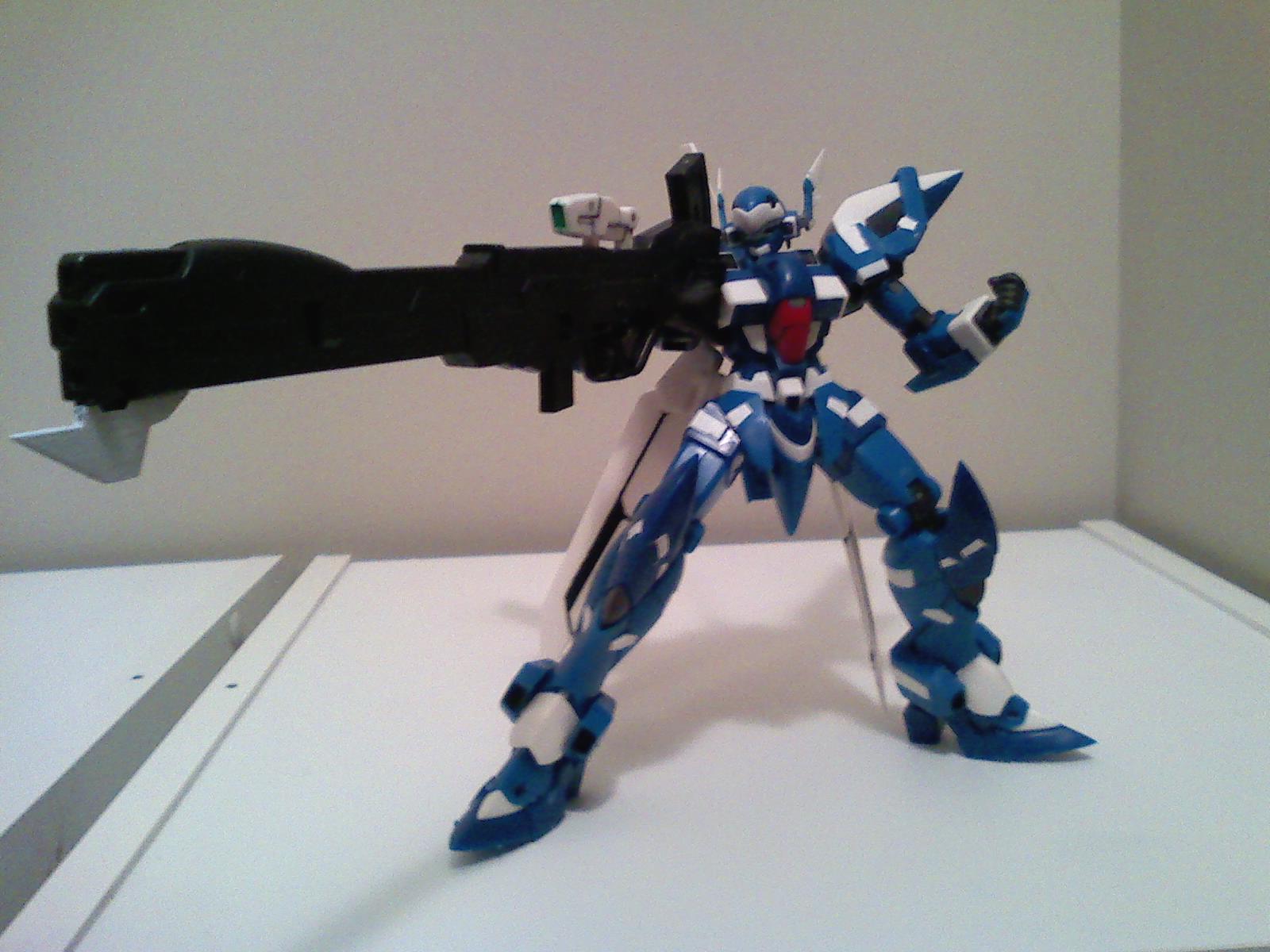 This gun is absolutely massive. There's no denying that. When equipped with this, the Wildfalken becomes an impressive long range assault unit in Super Robot Wars. Unfortunately if you try to strike anything dramatic with it aiming the rifle... 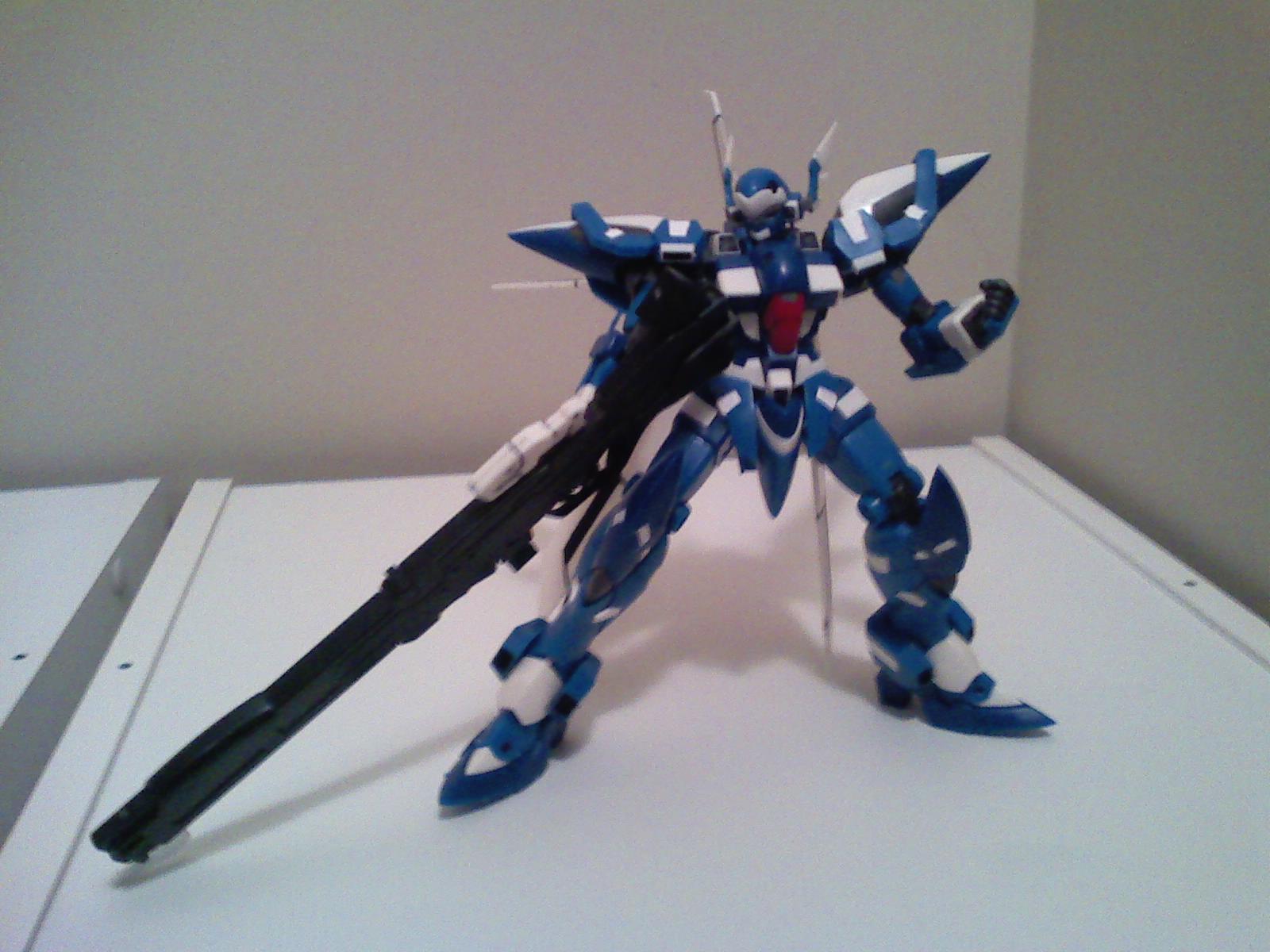 The arms almost immediately fall. This is one of the early Kotobukiya releases and it shows. The arm joints are weak and floppy, the legs have terrible articulation, and this figure will be almost guaranteed to fall in any dynamic position with no support. 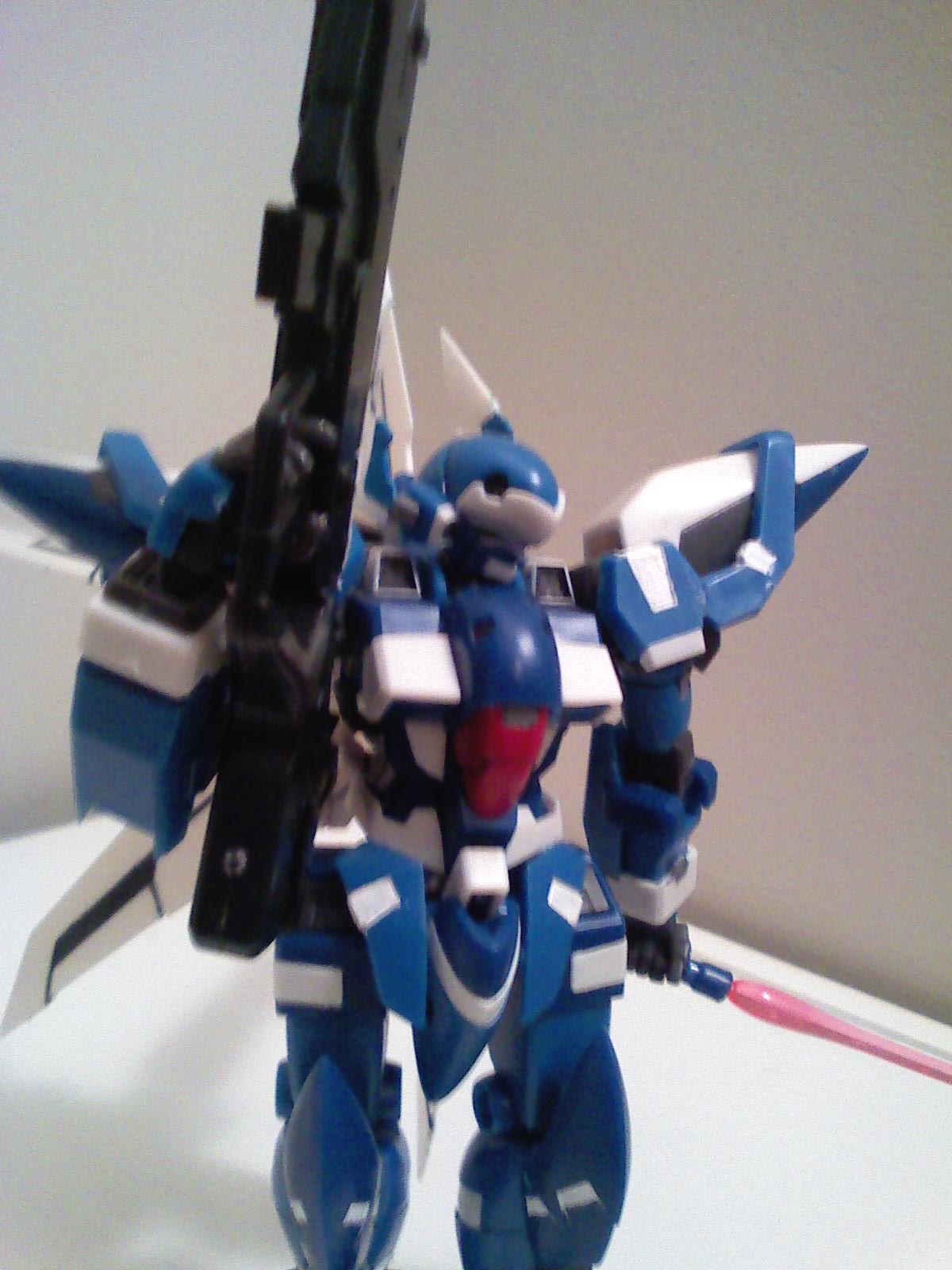 It was recently announced that the Alteisen was going to be redesigned into a better model kit with more articulation and are accurate designs. Hopefully the Wildfalken will get similar treatment. 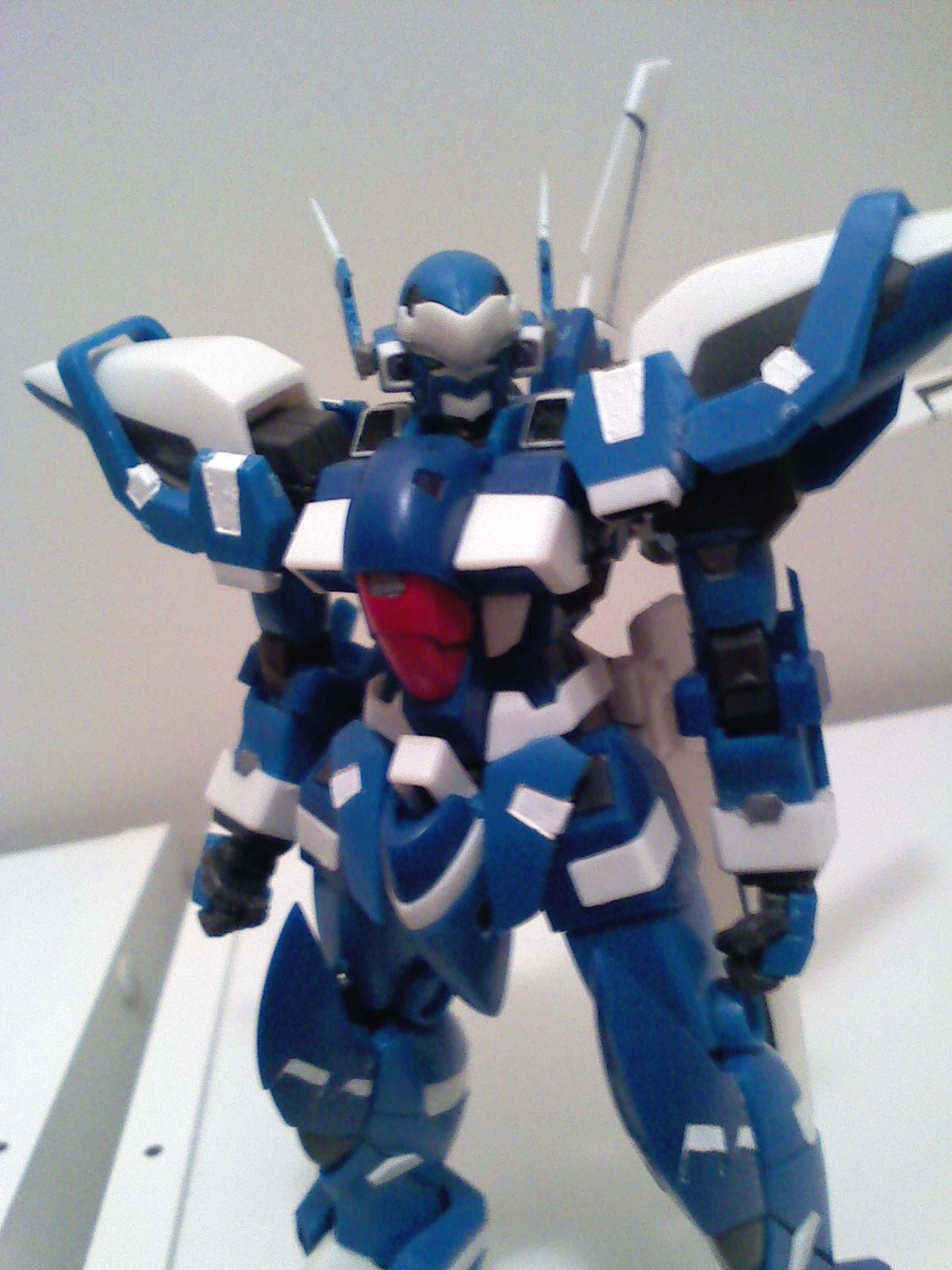 the joint tightness can be increased by using superglue or clear nail polish on the pegs in the joints. dont misunderstand, i dont mean to say that you glue it up and slap it together, i mean you apply some glue to the peg, let it dry, and then the increased size of the peg will increase the friction in the hole. i do this all the time to improve the ball joints of my transformers and it works like a charm!

thanks for the review, these Kotobukiya kits are really brilliant, the lines are so sharp and the colors bold and bright! i also like how the final model only requires only a touch of paint to look perfect. the design choices and design references made through the SRW lineup reads almost like a top ten list of things that make a robot appealing. Too bad ive already pigeon-holed myself as a transformers guy or i would get back into model building again!

I'm planning to assemble, detail, and clear coat it with matte finish. Wish me luck.