This Grasshopper Insectbot is an original design from known bootlegger Leader Shine as part of their Interchange line. This line of off-brand and KO toys could be found at numerous dollar stores and flea markets throughout the late 90s / early 2000s. I'd say the Interchange line was 50% original creations, and 50% derivative knockoffs. When I say derivative, I mean that Leader Shine significantly altered the toys from their original designs.

Grasshopper Insectbot however is an entirely original design, and it lacks the finesse of transformation that established companies like Takara have.

First, the packaging. the Grasshopper Insectbot comes carded in insect mode with its weapons displayed. 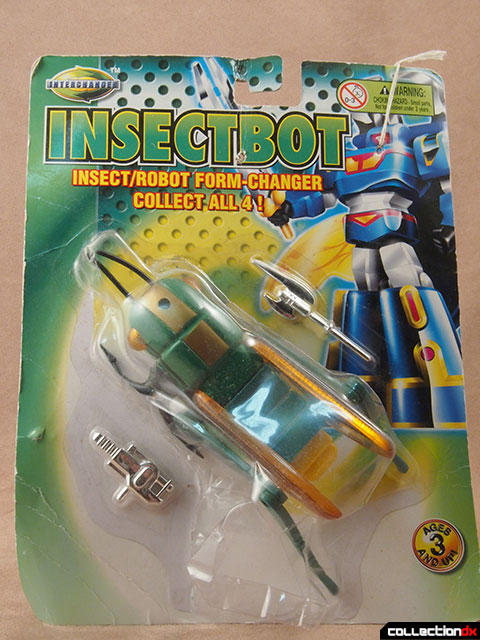 The back shows the other Insectbots in the line: 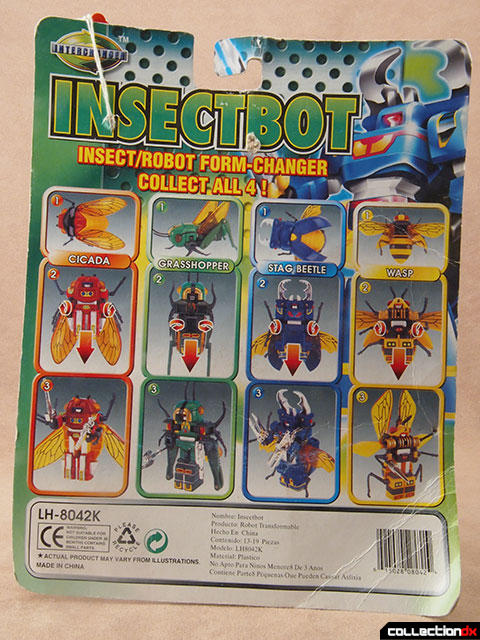 Grasshopper mode is decent and reasonably insect looking. It's a solid form that could in itself be a chid's plaything. 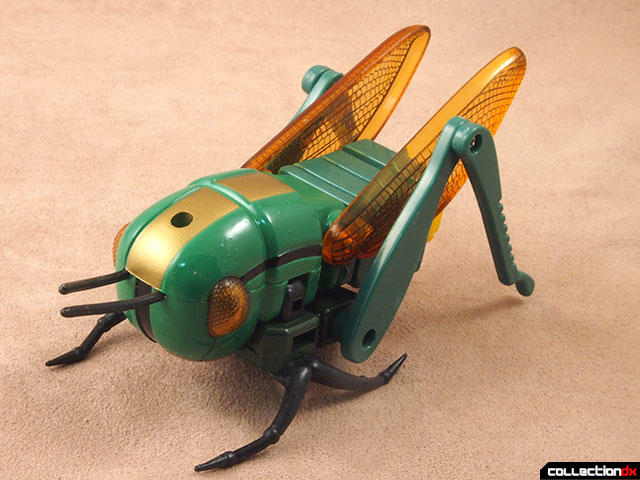 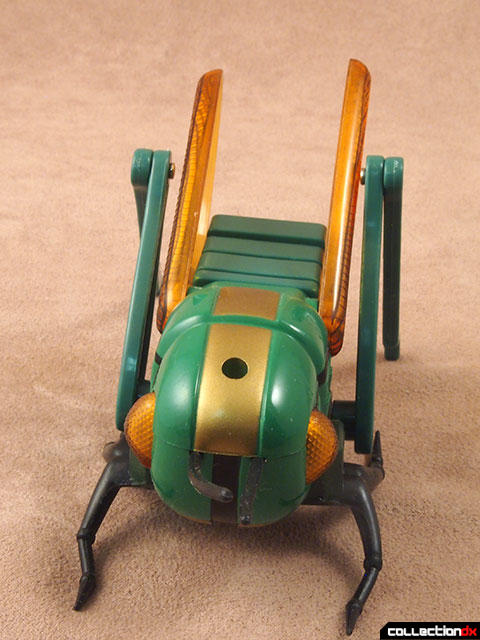 In insect mode, the rear legs move as well as the translucent wings. 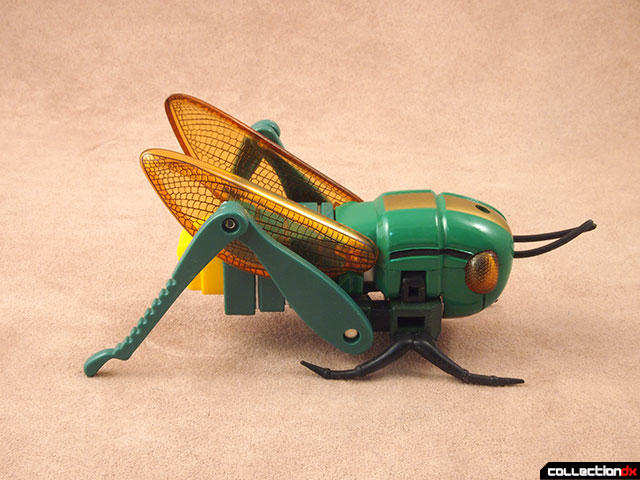 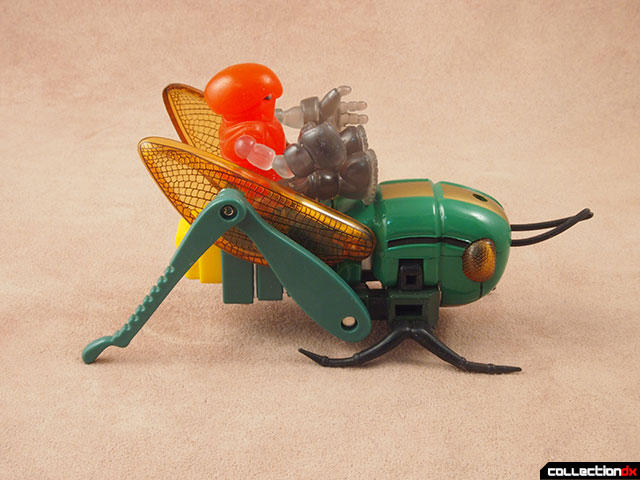 In robot mode they weren't even trying. Pull the legs down and stand it up. That's it. 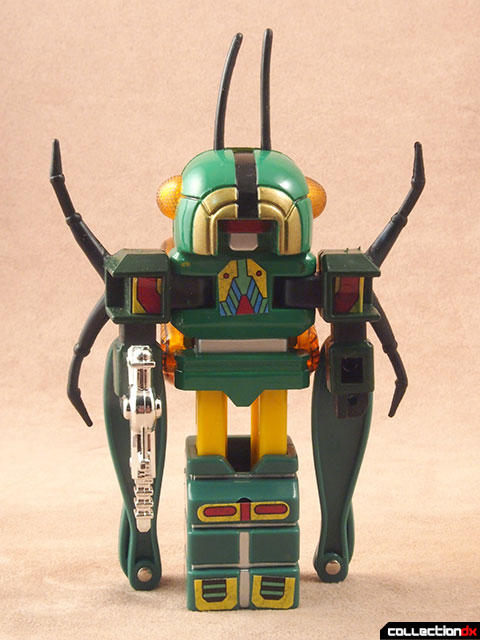 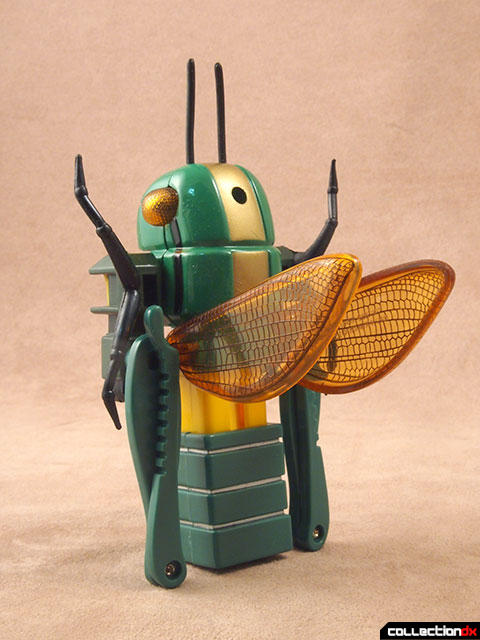 The robot can hold each of the chrome weapons in its hands. 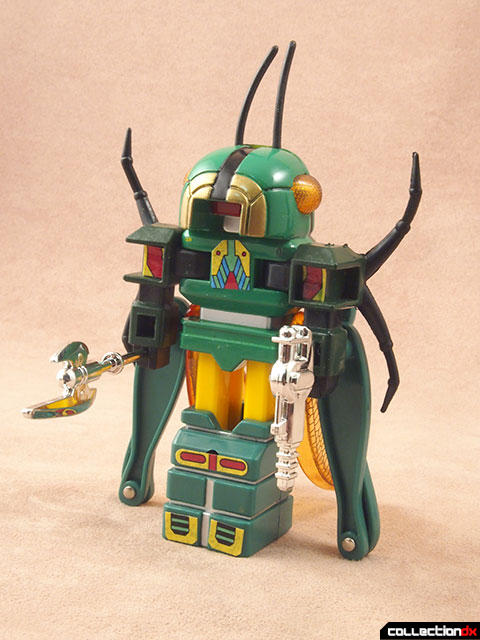 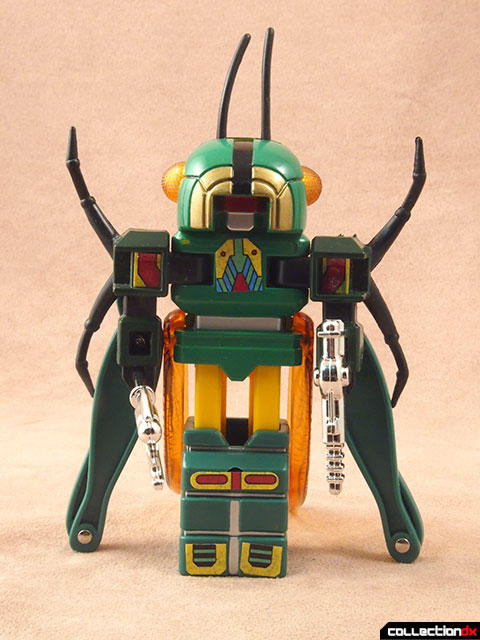 Overall the toy is aesthetically pleasing, despite the lack of articulation. It's solidly built and looks great. Sadly, unlike many other Leader Shine products, it's not part of a combiner. It seems that Leader Shine had less success when trying their own designs rather than copying someone elses.

I found this guy in a bin in a bargain store in San Francisco's Chinatown in 2012. I probably paid too much, but I had never seen it before and it needed to come home with me.

Great looking grasshopper toy especially the eyes and the
translucent wings. Thanks for letting us know this exists.

Front view of its robot mode looks like the most stellar and. . . bug themed jukebox there ever was.

The head reminds me of an Anksha from Gundam Unicorn.