Far as I know it's pretty much a universal rule that boys like dinosaurs. Certainly I spent many a school holiday forcing my parents to take me to the Natural History Museum. I'm pretty sure it's this universal law that led to Abaranger a combination of Sentai and dinosaurs. Pretty shrewd move and I for one appreciate it enough that I couldn't resist the camouflage coloured Abarenoh. 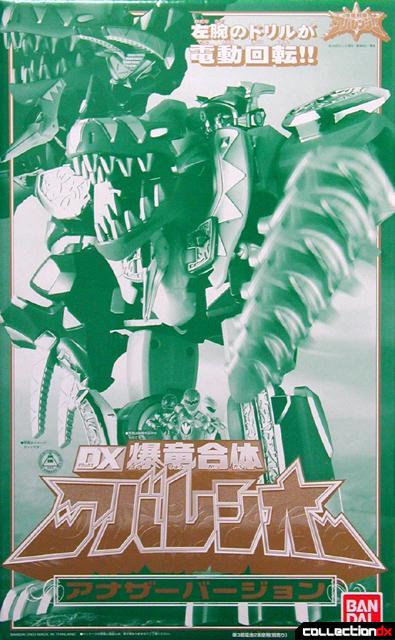 Inside the big green box is a cardboard carton containing three Zords - a Pteranodon, Triceratops and the star of the set a Tyrannosaurus Rex. 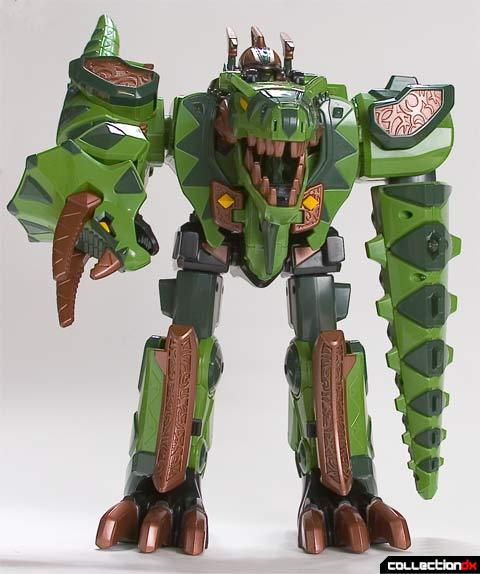 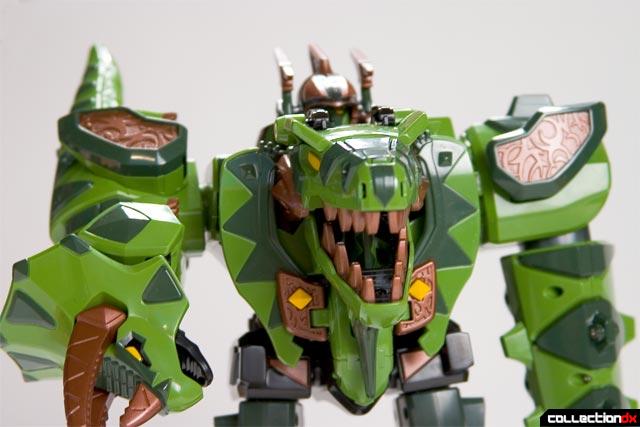 Compared to some previous sentai series these zords are light; die-cast is absent replaced with a motorised gimmick. In the case of this set the activate the gimmick and the T-Rex's tail rotates (or Abarenoh's arm when combined). Let's be honest it's not exactly the most exciting of gimmicks. Don't let the relative lightness of the toy put you off either, it's solidly made and fun to play with - it doesn't need weight. 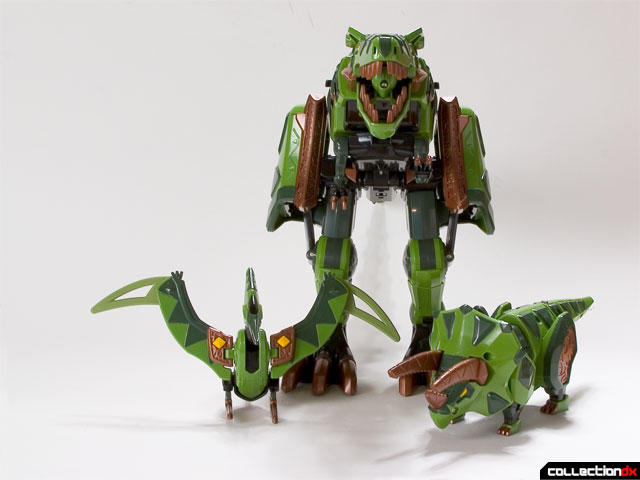 As individual Zords the Triceratops and Pteranodon aren't very interesting. Particularly in the case of the Triceratops when the transformation for combining involves little more than flicking the legs up into the body. For me the T-Rex completely compensated for the poor showings of the others. It's not really that complex a toy, but it is pose-able and there's something about it that just keeps me picking it up. Over the past couple of weeks it's adopted numerous predatory poses, threatening the other toys on its shelf. 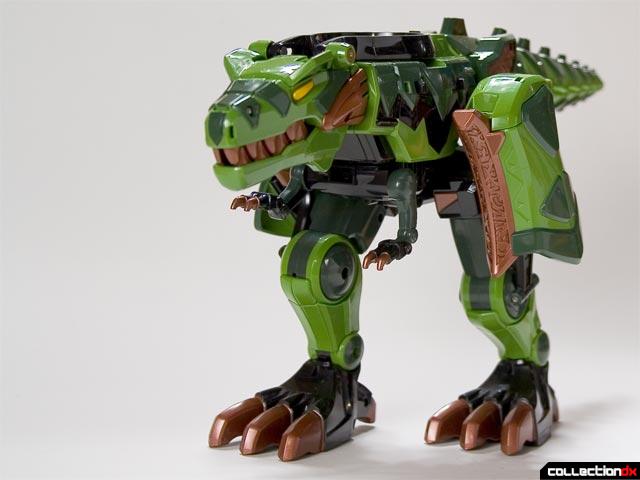 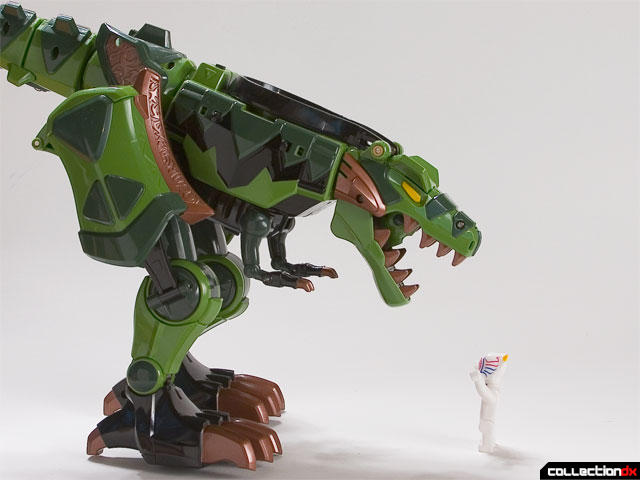 Combining the Zords is a very straight-forward process. Far simpler than Hurricaneger, though it has to be said the results are equally less impressive. Abarenoh itself doesn't look bad, it's a reasonable size and the T-Rex head is a nice aggressive centrepiece. It's not a great Megazord though - the Pteranodon formed helmet seems small and flimsy (much like his head) and the right arm is just a leg-less Triceratops whilst the left arm is essentially a spinning rod. You can transform things further, but it doesn't overly improve the look.

Overall I'm happy with Abarenoh, it's unique in my collection both for being based on dinosaurs and being the first Sentai toy I prefer uncombined. There lies its greatest flaw - the entire toy depends on how much you like the T-Rex. Still have a fascination with dinosaurs? Chances are you'll enjoy this toy, but if they're not your thing you may well find the set uninspiring. Further dinosaur Zords are available which can be combined with this set and also have motorised gimmicks. Whether their gimmicks are more entertaining than Abarenoh's I can't say, but I'm now interested in the line enough that I plan to find out.