You may already be aware of my slight obsession with Transformers Generation 2 Dreadwing and Smokescreen. Well the powers that be knew a good thing when they saw it and released the pair of toys three more times! So you know what that means, it's time to review some redecos! 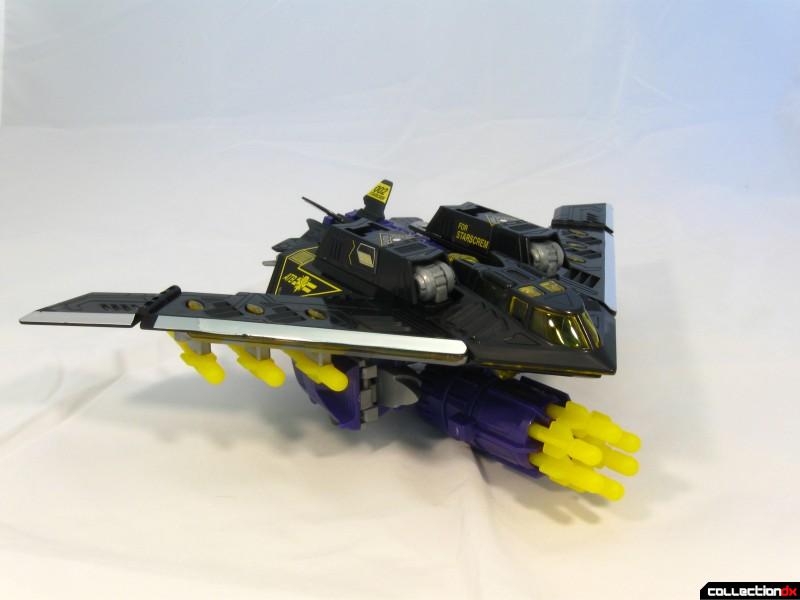 So this is BB and Starscream. Originally this particular redeco was slated for release as Generation 2 Megatron and Starscream ATB where the toy would come with glow-in-the-dark missiles. Fortunately this never came to pass as I don't think ol' BB looks anything like Megatron. A few years later Takara picked up this redeco for another Transformers toy line. 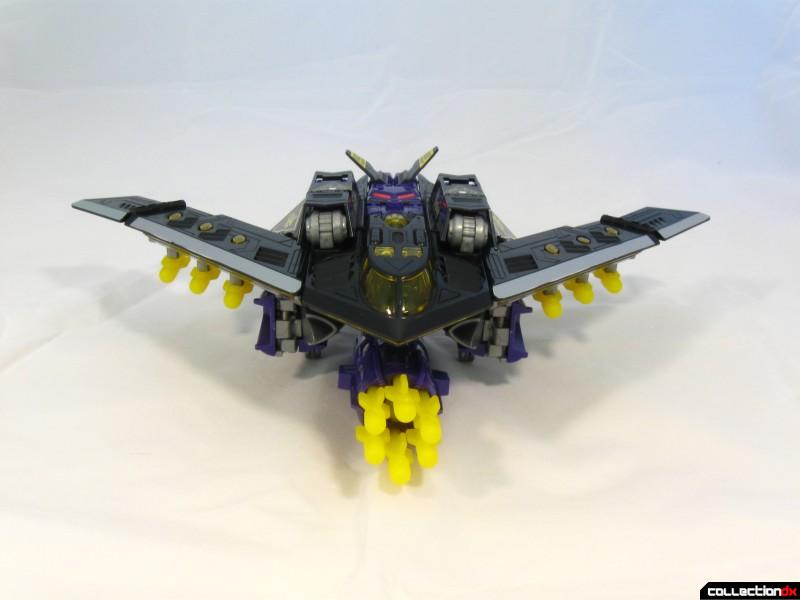 So the only change from these toys and their forebears is the colors. Now we've got black, purple, gray, and yellow. The clear yellow parts are especially vibrant against the shiny black plastic. It's very stealthy. All 14 missiles are done in a sickly, slightly transparent yellow plastic. They're a little malformed too. 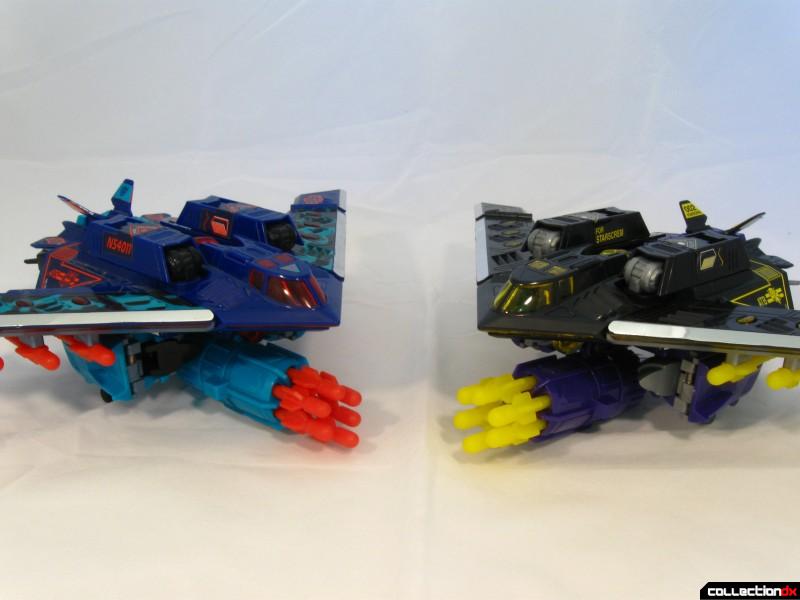 Put Dreadwing and BB next to each other and you've got a sweet set of stealth bombers. I do like Dreadwing a little more though. 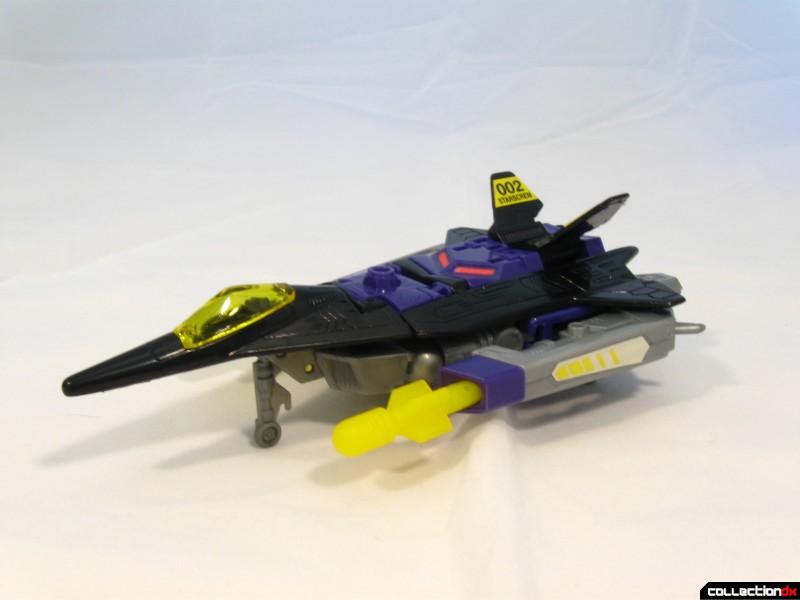 Little Starscream is more or less equal to his predecessor in terms of build quality. Although the seams on his upper arms and thighs are more visible. 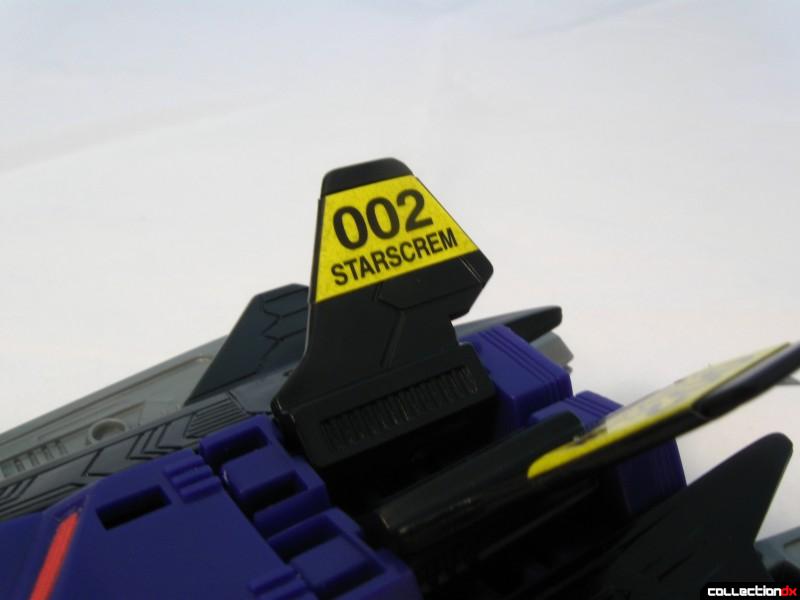 Check out that righteous Engrish on Starscream's tailfins. "Starscrem!" Sounds like something you put on your pastries. 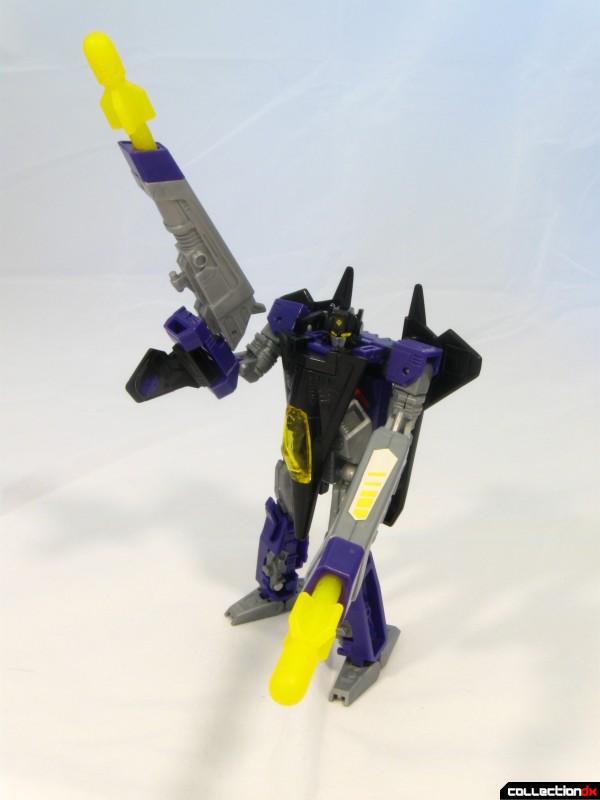 Starscream converts to robot mode with no real issues. 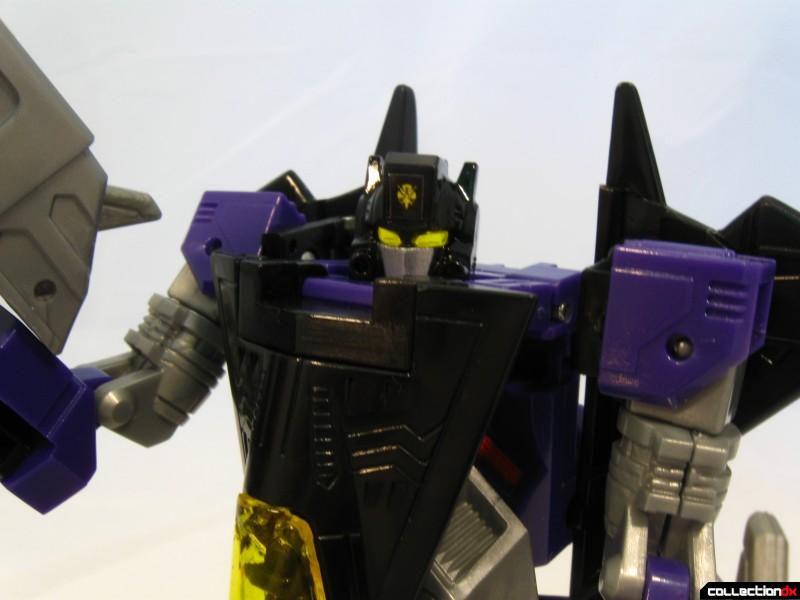 The yellow lightpiping is very vibrant. Starscream also sports a Predacon symbol on his forehead. 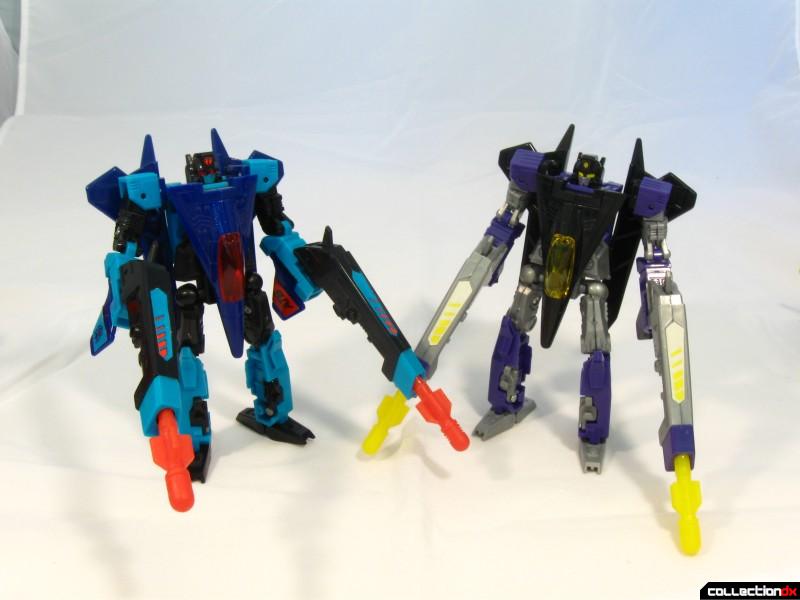 Again the colors are a matter of preference. 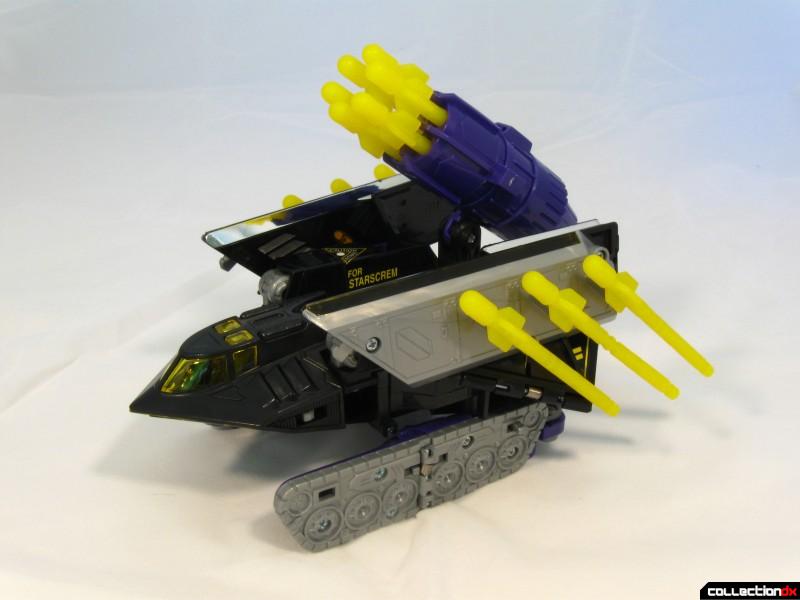 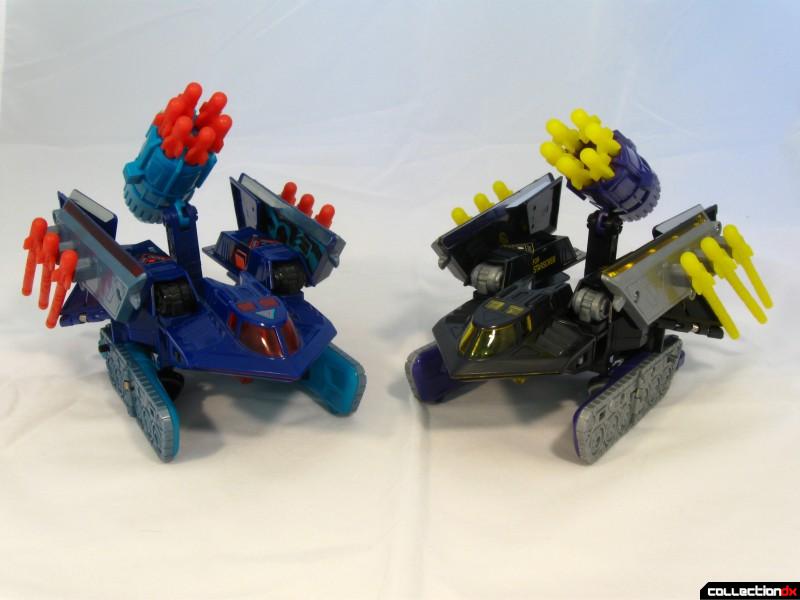 BB may be a stealthier Stealth Tank since he's mostly black. 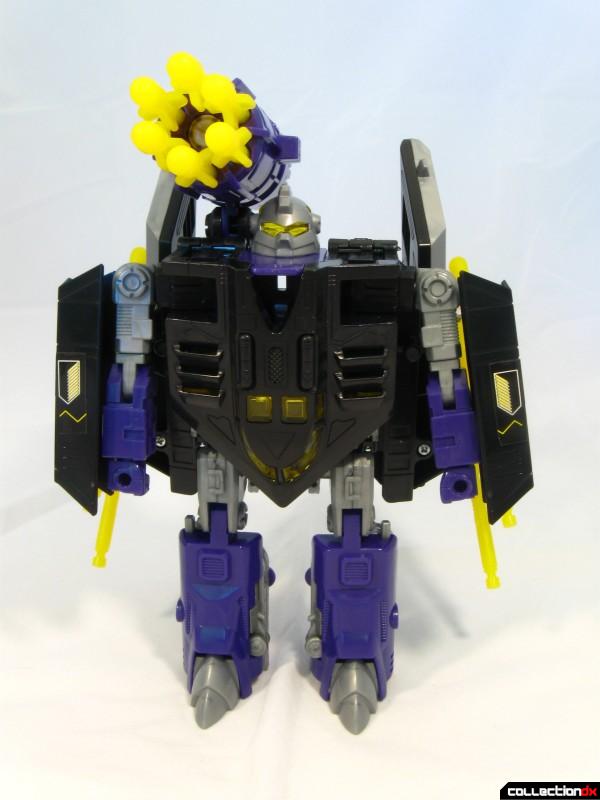 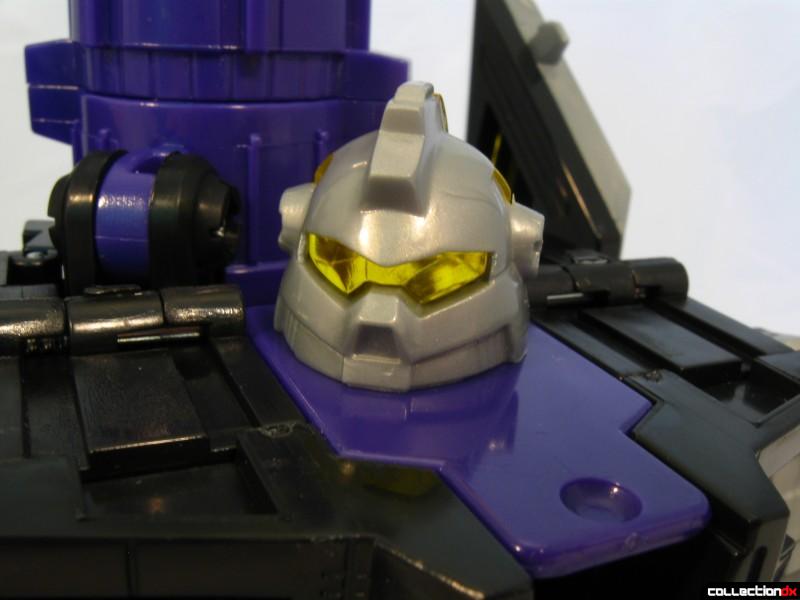 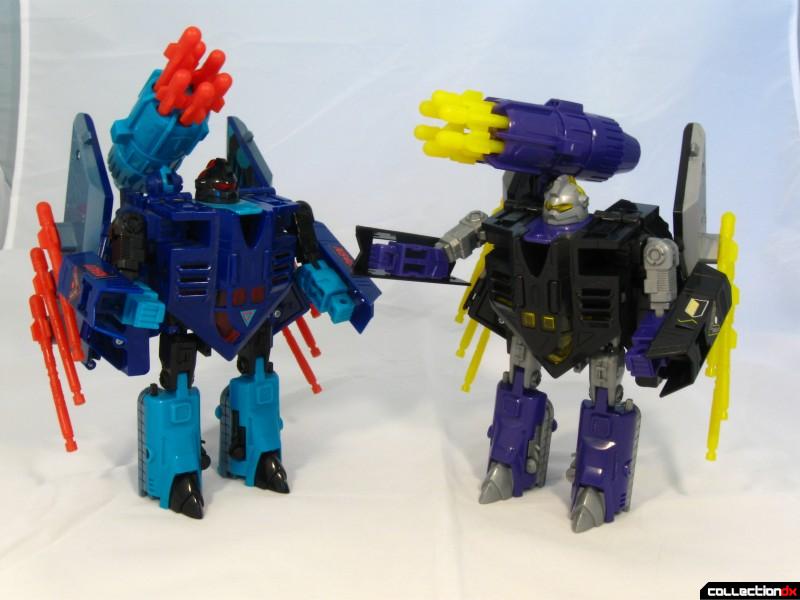 Chunky robots in the house! 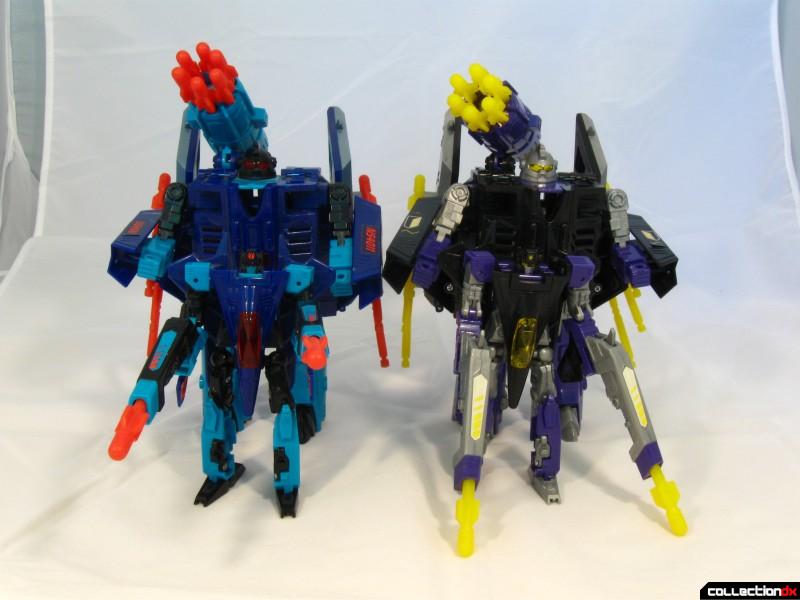 Now again BB and Starscream are a great set of toys. Both are simple, sturdy, and extremely playable.

Now lets see how long this review lasts before it's deleted...

I love these molds! My friend had Dreadwing and Smokescreen back in the day, and I loved the heck out of 'em. I from then on I tried to get my hands on 'em or a repaint of the mold, but wasn't able to until a few years ago. I got...oh heck, I dunno what they are. They're part of some japanese line and the big guy is called Gigant Bomb or something. Doesn't matter, 'cause I just wanted SOME repaint of these two molds. Great toys that stand the test of time.

Do you have the Robots in Disguise and Robot Masters versions too?

Oddly enough, this was the exact toy I was thinking of when I mentioned those poor Beast Wars toys that are actual vehicles. I got this one back last year and man do I love this mold. Mine has a wonky leg on Starscream that likes to pop off, but man is it still a fun toy.

By the way? The Korean on the box actually is pronounced "Starscrem", so uh... those stickers aren't so off unfortunately.

That's an odd coincidence that the Korean reflects a Japanese misspelling of an English name.