The Super Robot Wars Action Robo Series (スーパーロボット大戦アクションロボ) is a line of prize toys put out by Banpresto. Each one is blind boxed, and unless the package is opened, you never know which one you will get. The toys consist of PVC parts held together by a common friction joint that you have to assemble yourself.

There appears to have been a few different runs of this line, both in regular and limited colors.

To make matters worse, each was available in a variety of colors. Not all were offered in all colors, but the variations included:

Needless to say, tracking down a complete set would be maddening. Therefore I’ve decided to track down just the variations of one character – Raideen. So far I’ve gotten the regular color, white color, and now this one, the clear in original colors. 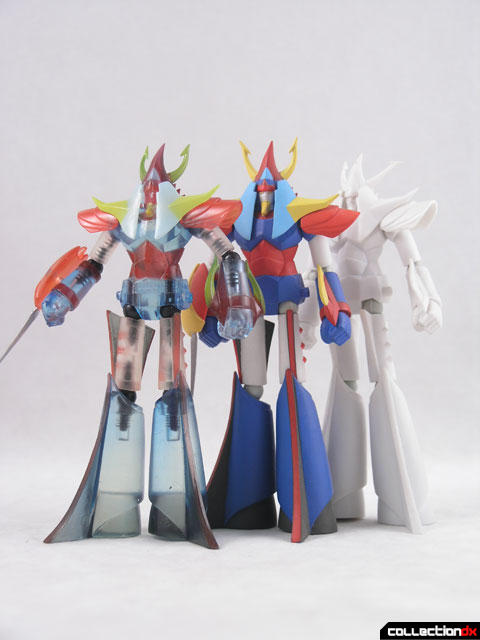 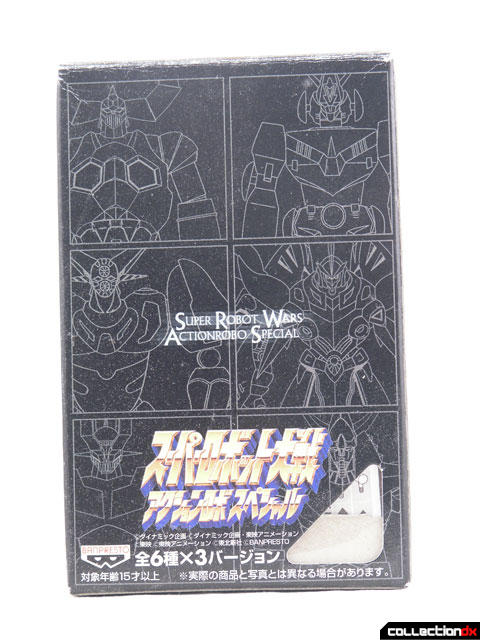 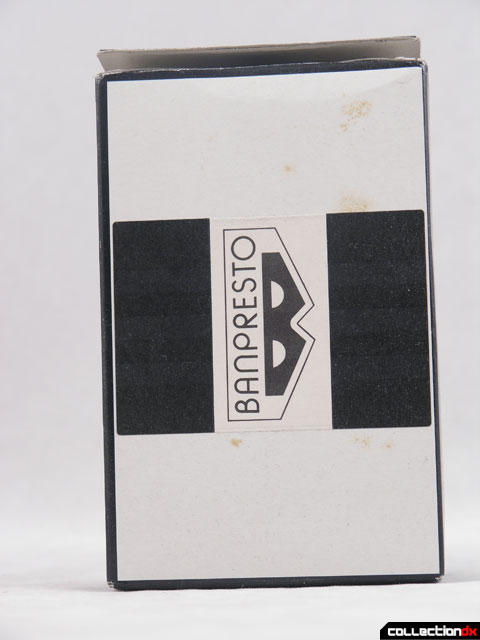 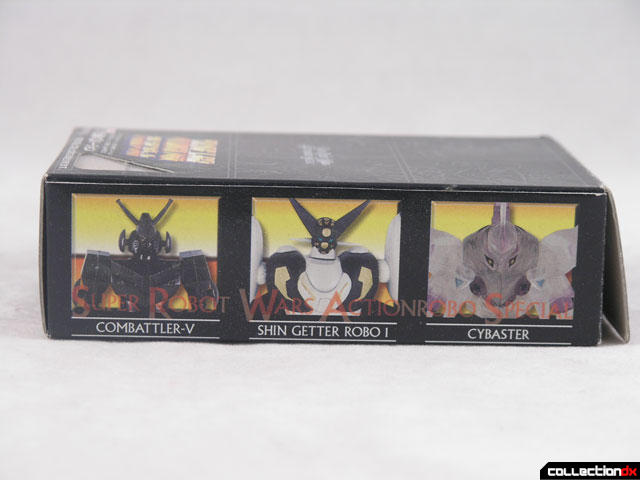 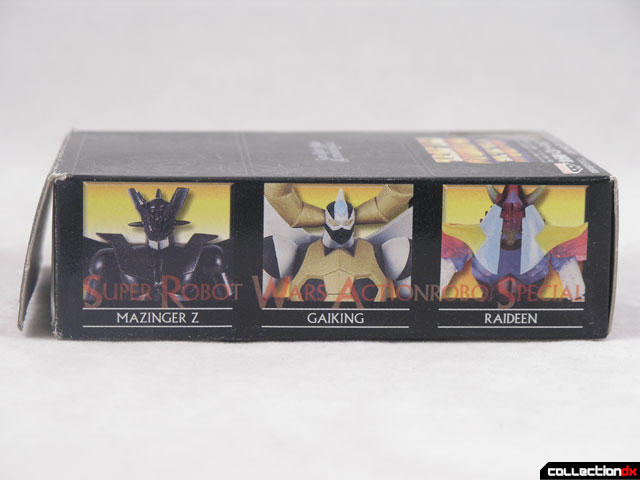 It’s far from a good toy, but considering it’s a prize toy it’s not that bad either. The toy comes disassembled and you have to put all the joints together. 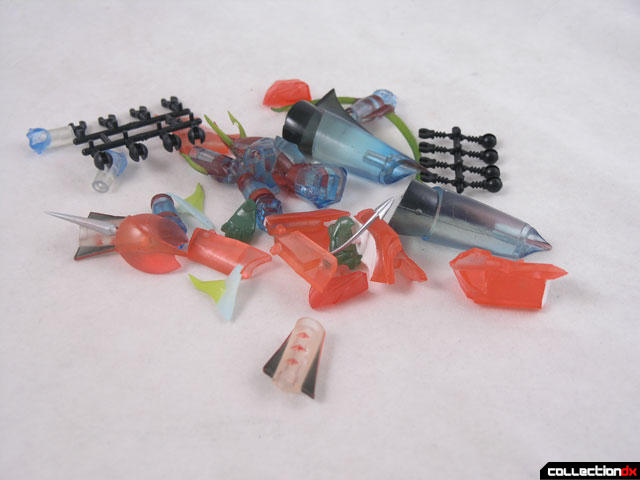 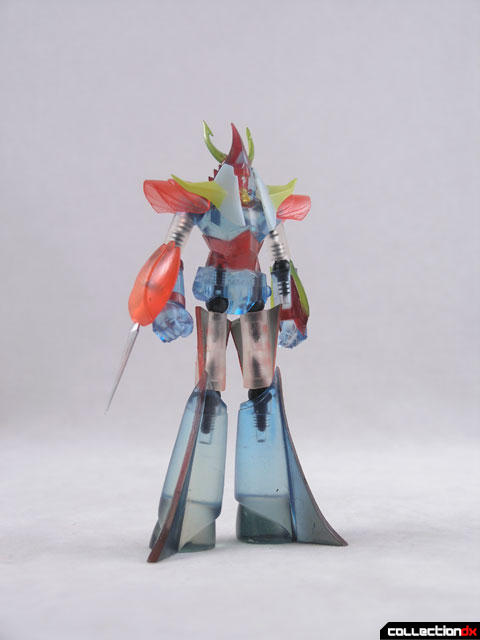 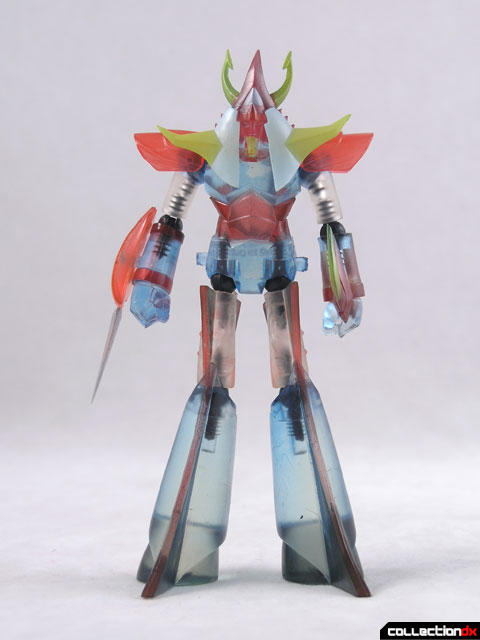 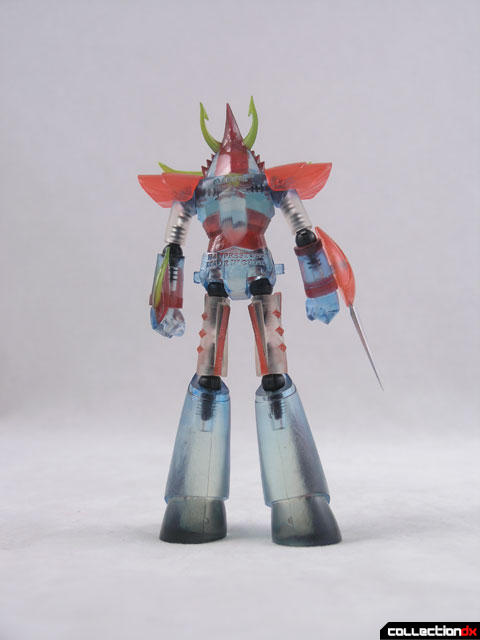 Bonus parts are included to transform into Godbird mode, as well as to wield the Godgun.

Godbird mode actually has two components. First you can make it into standing mode with wings closed, as it is often seen when he first emerges from his stone base. Then you can swap parts to do full godbird mode. The legs cannot support themselves due to their weight. 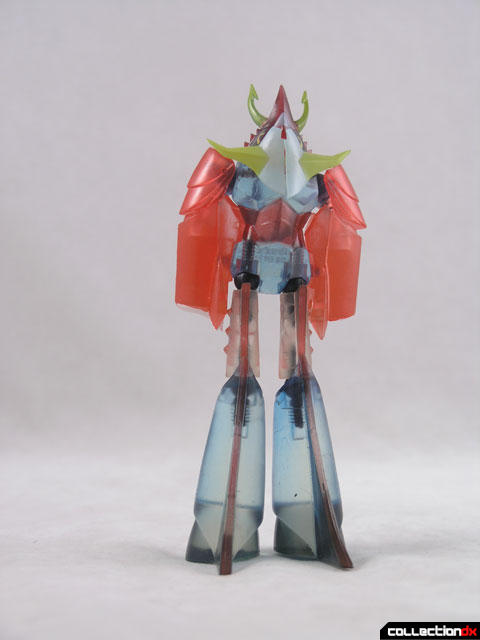 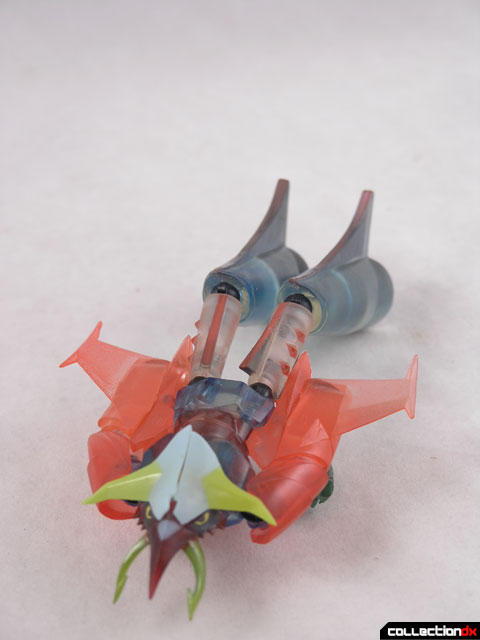 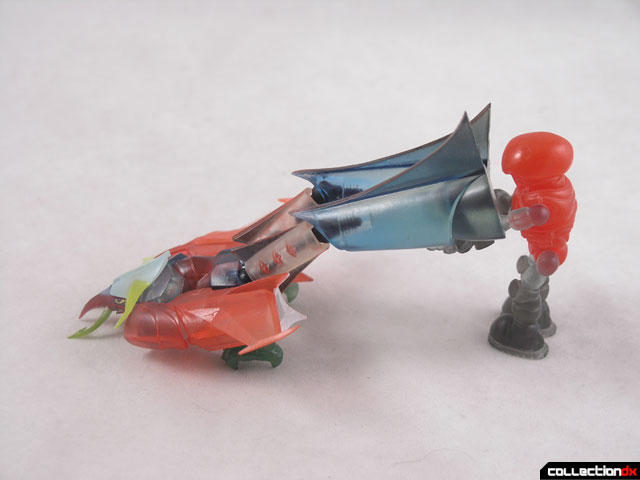 Godgun is a nice idea, but the arrow gets all bent in the package and ends up being limp. Ah well. 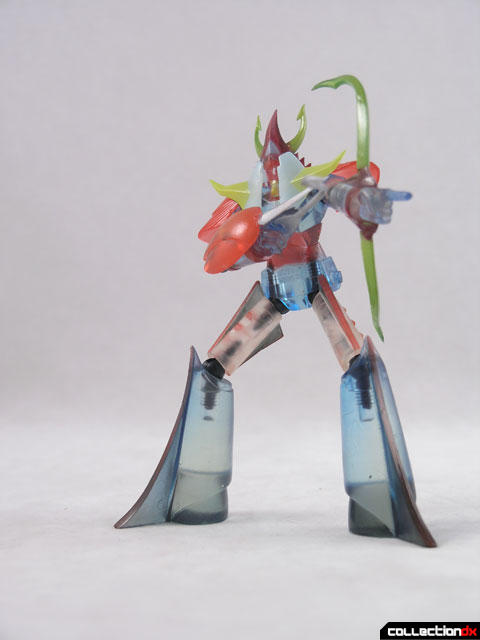 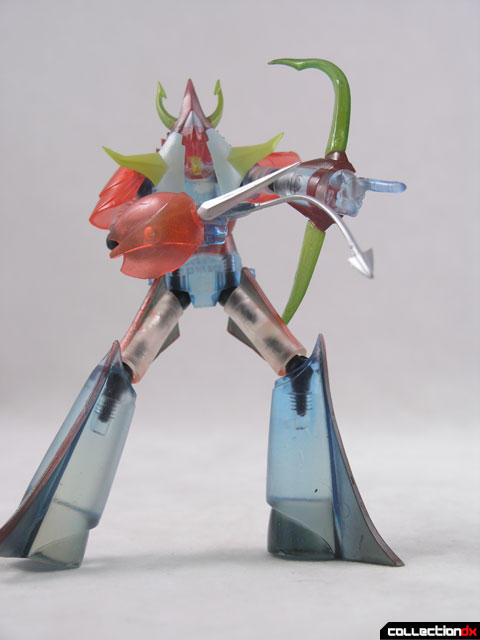 Still, it poses nicely, and I’m a sucker for clear things. It’s all good in my book. 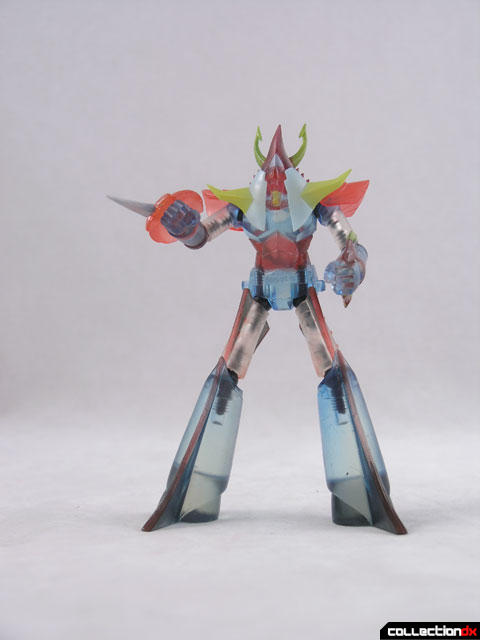 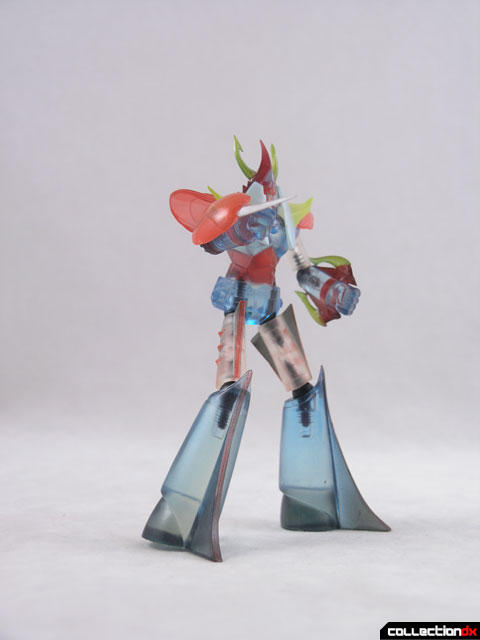 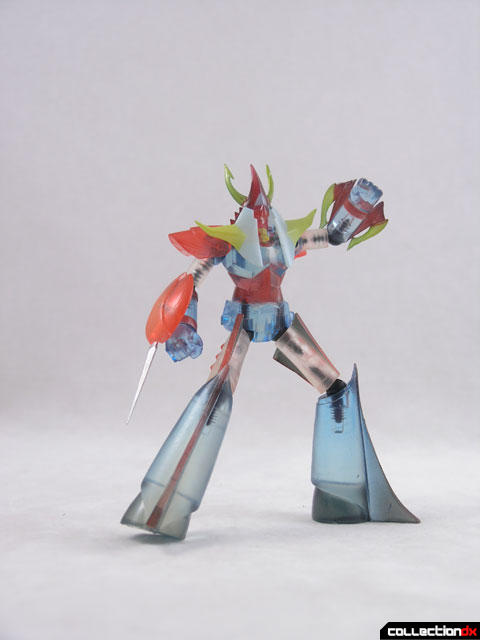 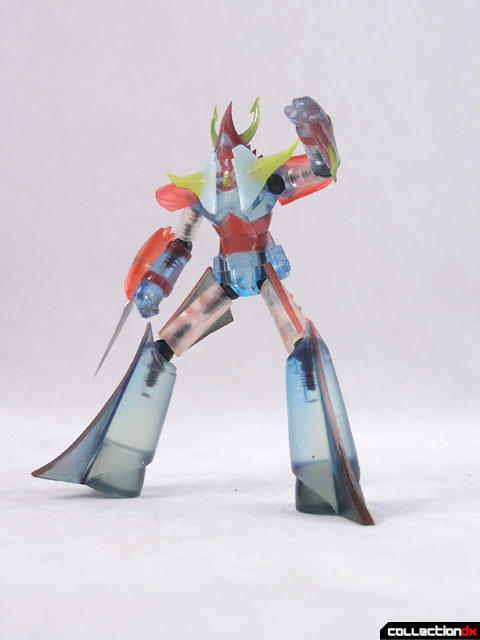 How model builders deal with warped parts is putting the parts under hot water and bending them back in place.

Never tried it but that seems to be the consensus!

I love little kits like this! The clear is definitely my favorite.

The pic with the droopy arrow looks like some sort of Super Robot Viagra commercial. LOL