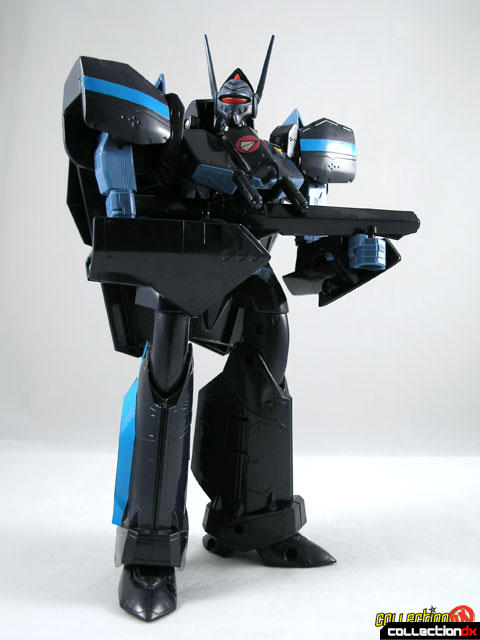 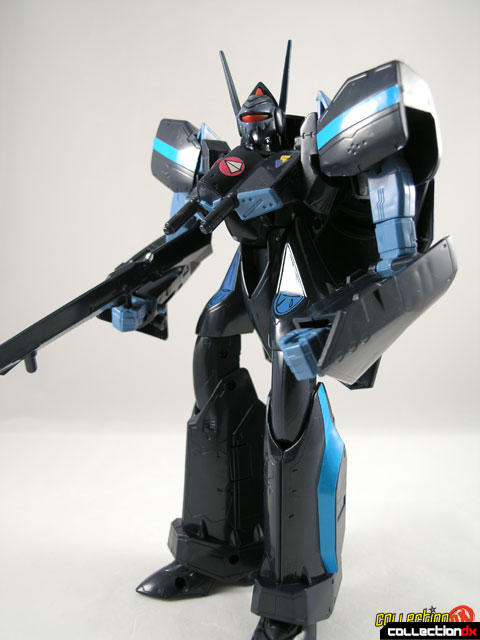 The bootlegs are remarkably good. The plastic is a little flimsier, and there are some sprue marks, but the toy is essentially the same. The sticker quality is a little poor as well. This is actually really nice and looks almost identical to the original. The alignment of the printing on the pink and white chest sticker is a little off. 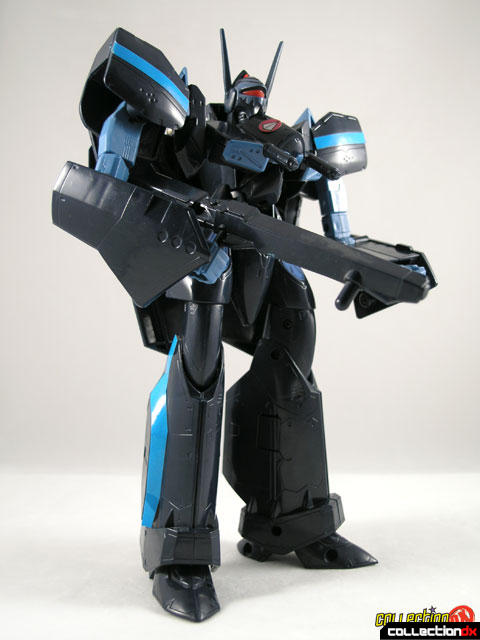 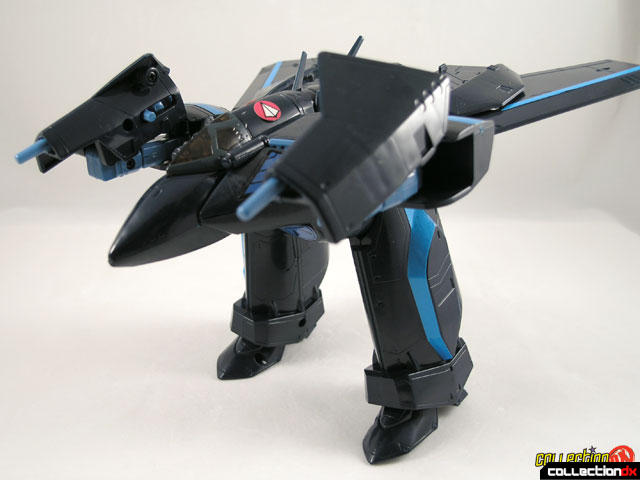 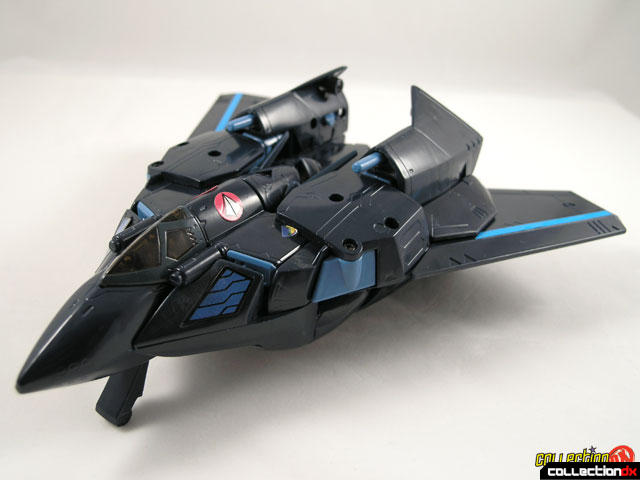 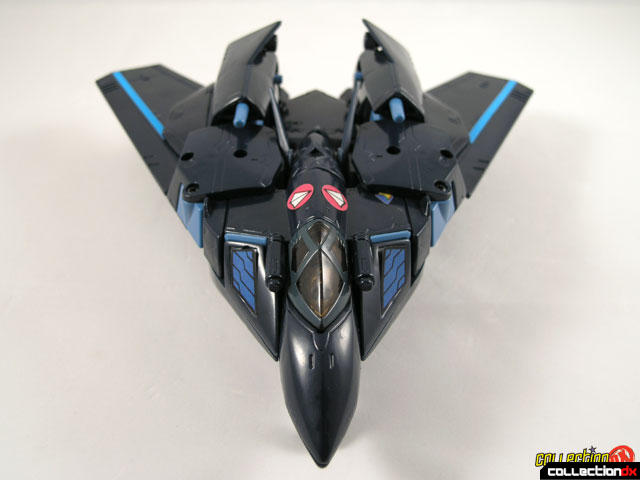 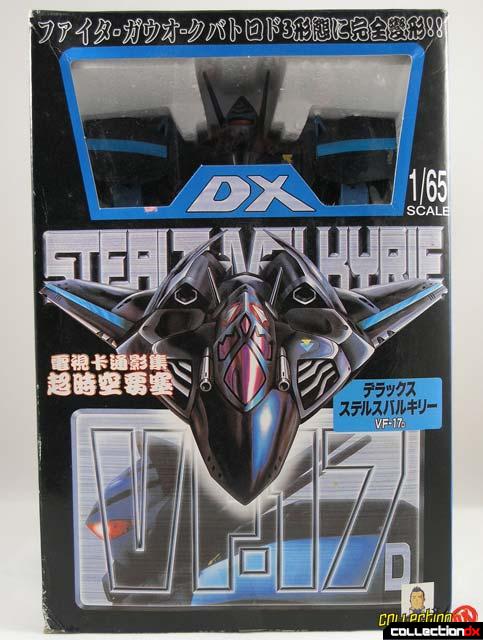 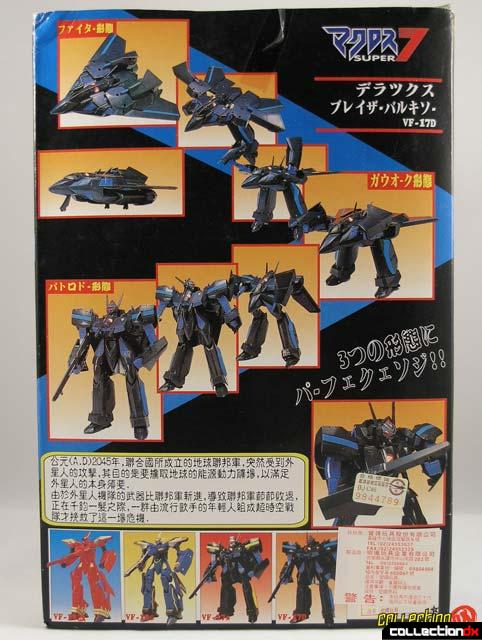 Bandai later reissued two of the Macross 7 Valkyries in 2001, but not this one. The original of this is now getting hard to find, so the bootleg is a good substitute.