Night Fright is one of the last Super Gobots made by Tonka and Bandai. Night Fright was never released in Japan as it was designed by Bandai for Tonka to be released in the US and Europe only.

In helicopter mode, it resembles an ugly Russian military helicopter. The helicopter mode is actually pretty solid, with a compact design and it actually looks like a helicopter, not a robot trying to be one. The cockpit is translucent red, which could have used some simple paint apps that made it look like part of the body. 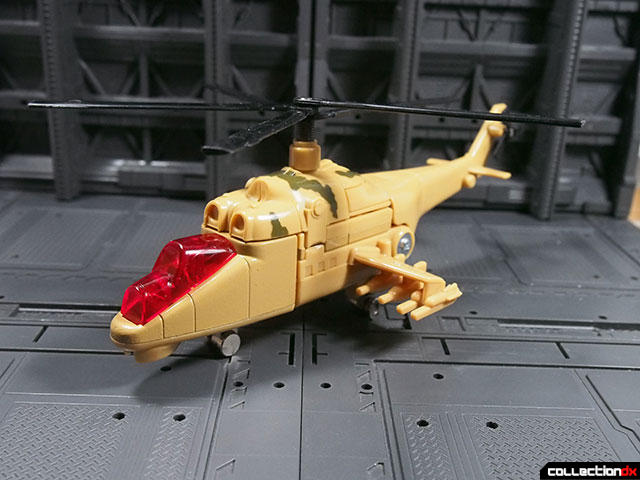 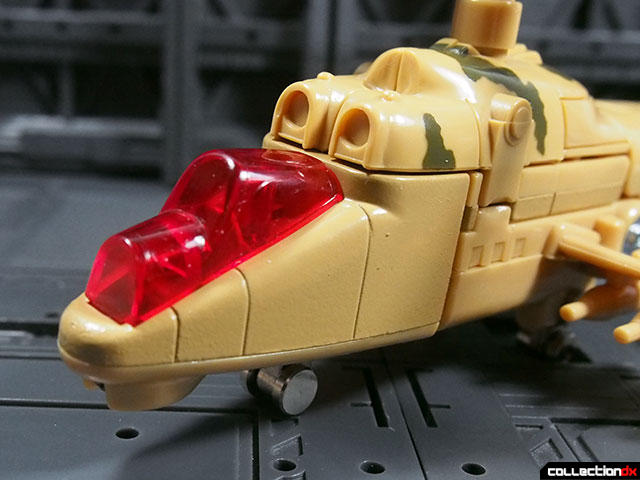 There's a little bit of camouflage paint on the top, but not enough to make it convincing. 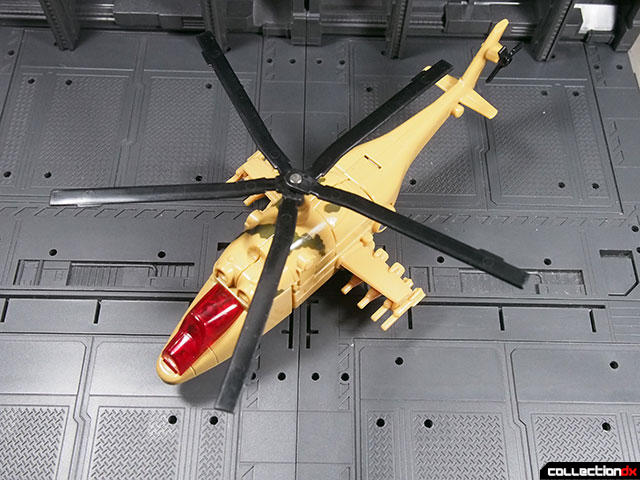 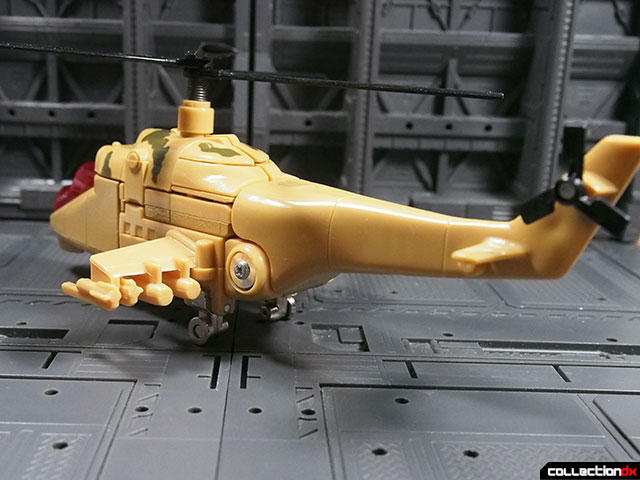 Underneath each wing is a bank of missiles, and the silver metal landing gear can be extended with wheels that roll. 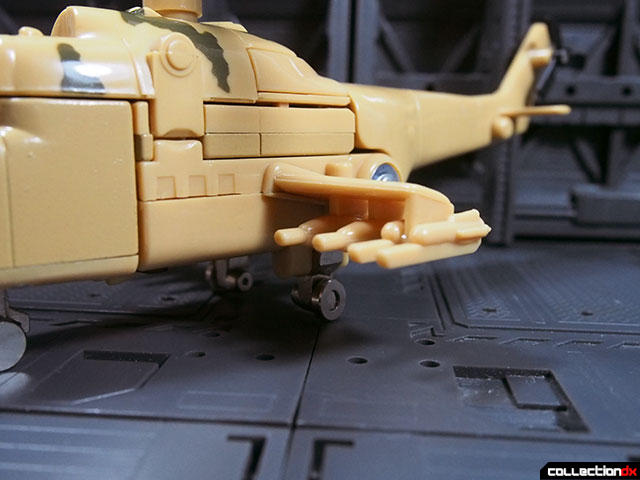 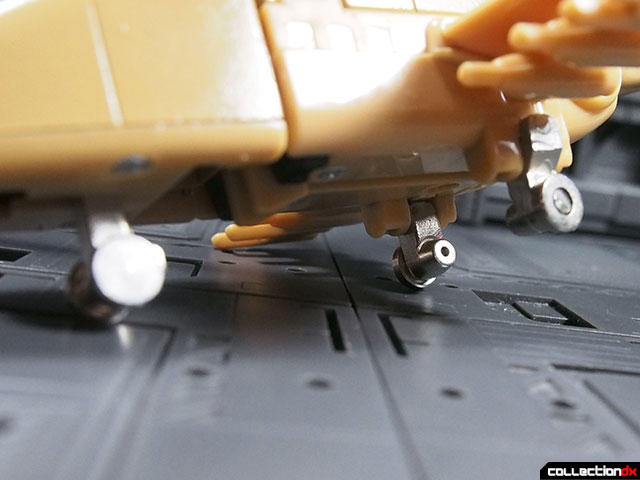 The propellor needs to be removed for transformation. 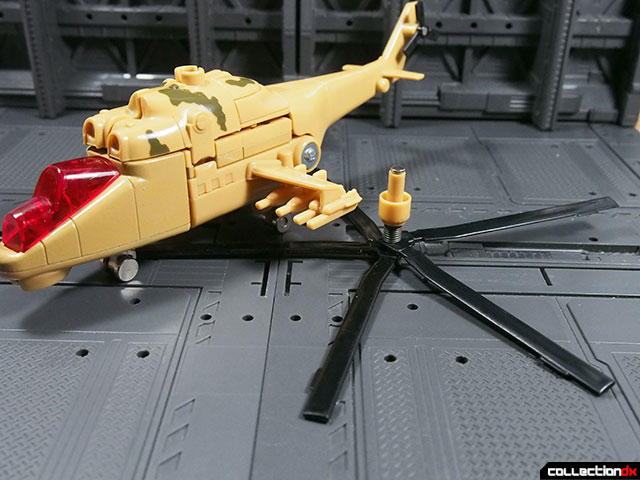 Robot mode is incredibly simple. I get the feeling that the PLEX designers at Bandai had moved on at this point when Tonka requested new toys. I wouldn't be surprised if these weren't discarded 600 series designs that had been scaled up. 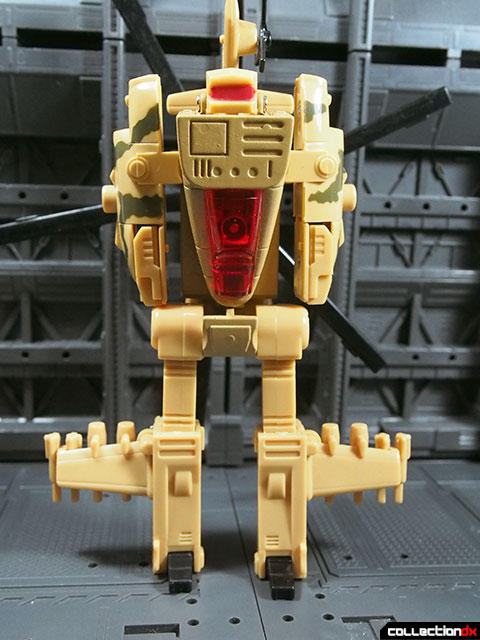 In robot mode, Night Fright is just sort of dorky. The center chest piece is diecast metal, but aside from connecting bits, the rest is plastic. 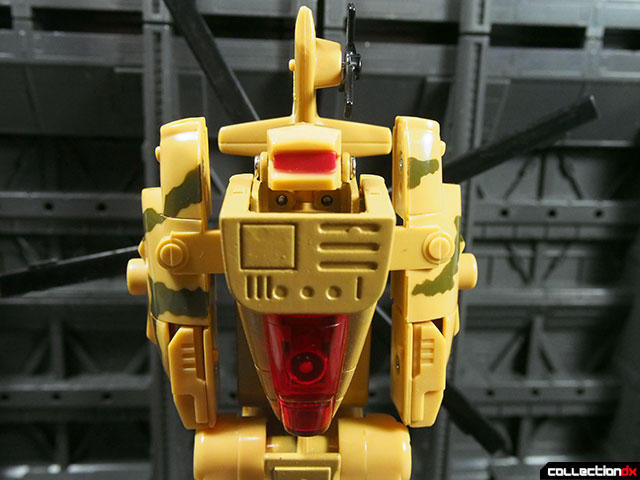 The head is not as nearly detailed as other super Gobots, in this case it really is no more than a red visor. 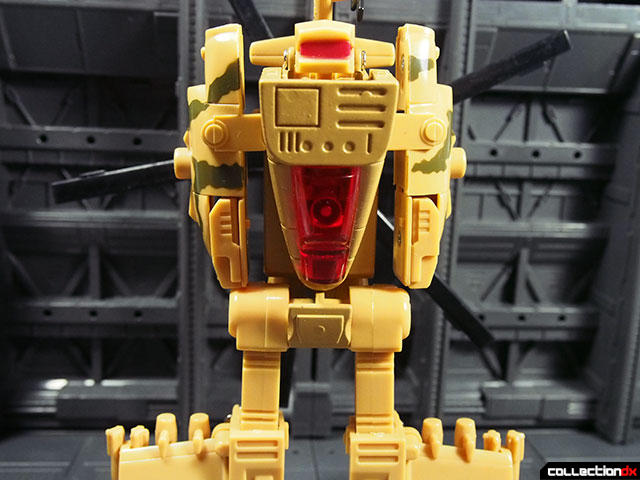 Articulation? You can move the arms. Ugly, stumpy little arms. 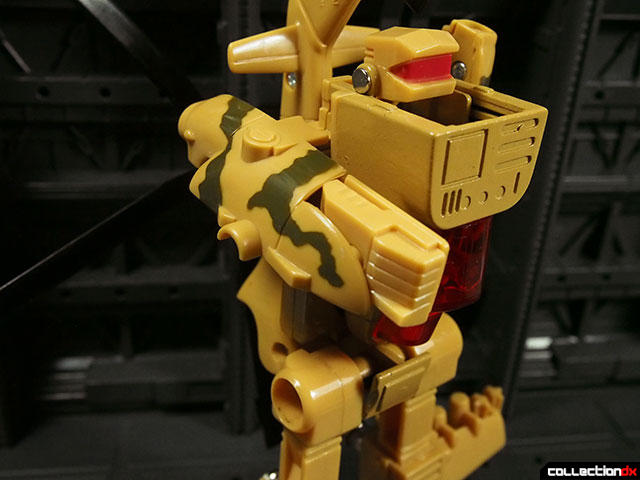 The blades can be mounted to the back when in robot mode. 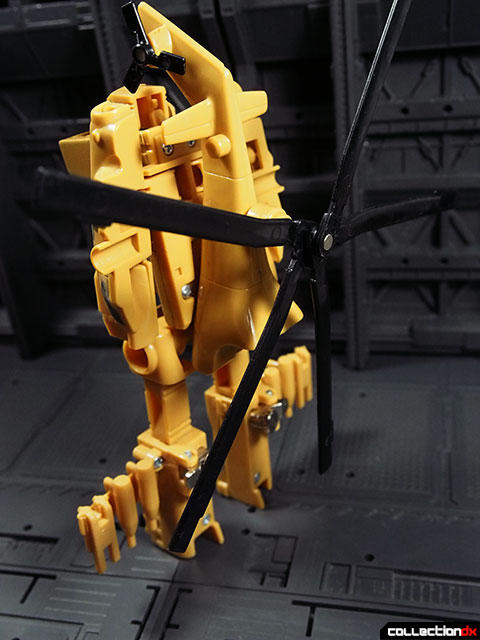 It's a neat piece to have, but not a lot of fun. It's interest to me lies in its rarity rather than its fun factor.