Herc Armstrong is one of those heroic scientist adventurers. All of the human characters wear these strange, oddly proportioned protective suits. Herc's suit has a real nautical Steampunk flavor, with it's rivet, gasket, and hose details. I like the big boxy helmet (with light-pipe).

A heavy, dense, rubbery plastic is used for construction. The molded details and paint apps are above average for the time. 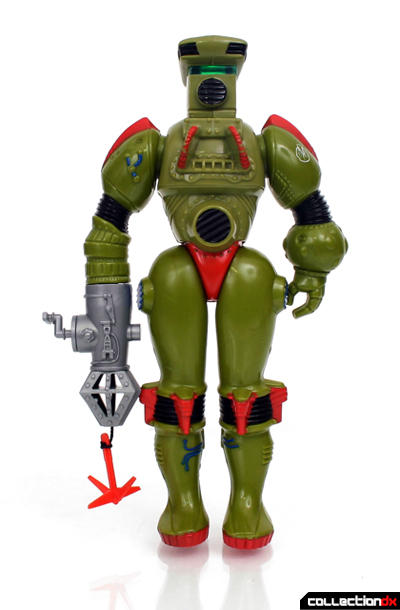 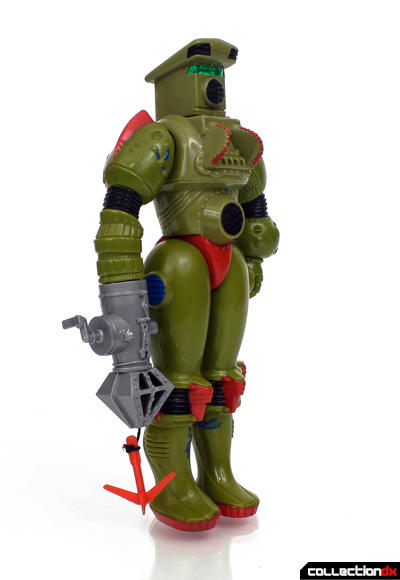 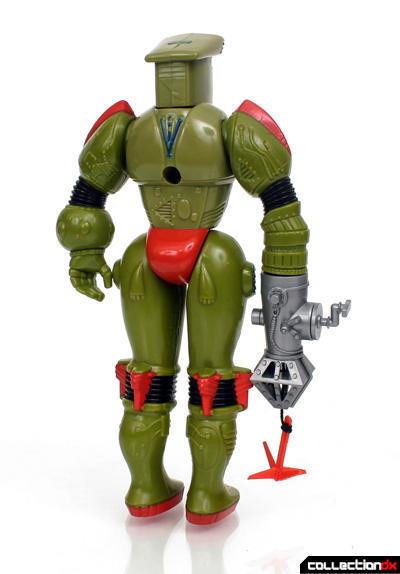 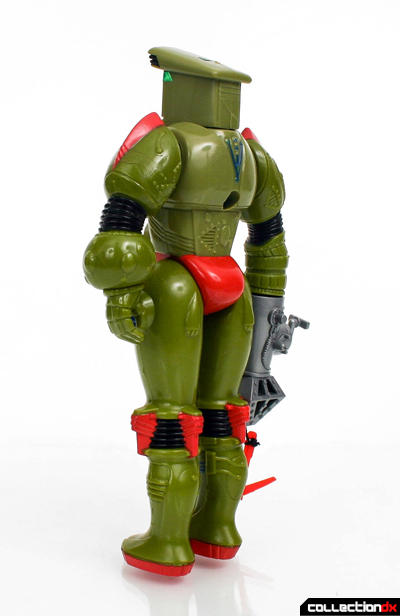 The helmet is removable, revealing a tiny head, similar to those Masked Rider Henshin figures. The helmet looks great, but the head needs to be small to keep the right proportion. 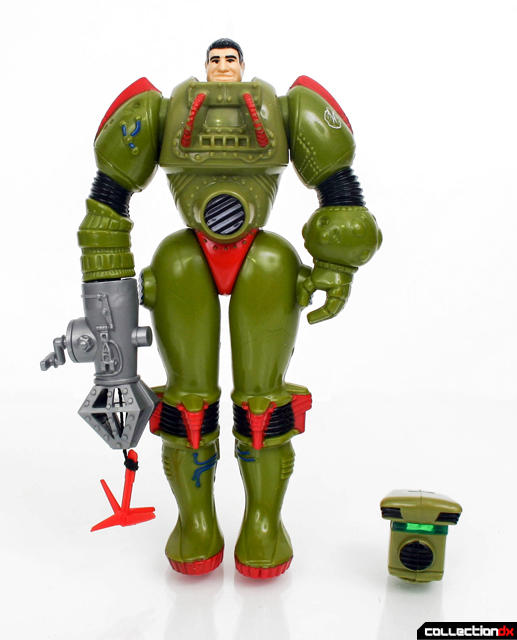 These figures were on the largish size for the eighties. Not as massive as Bravestarr, but significantly larger than your typical Kenner and Hasbro action figures. 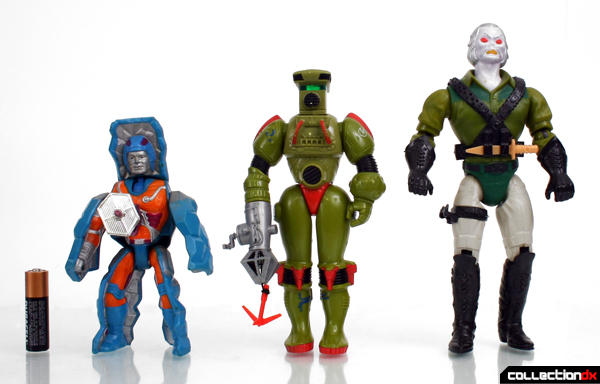 Articulation is laughable. The legs can pivot from the waist, but they aren't particularly useful for anything other than sitting. Look at him sit! 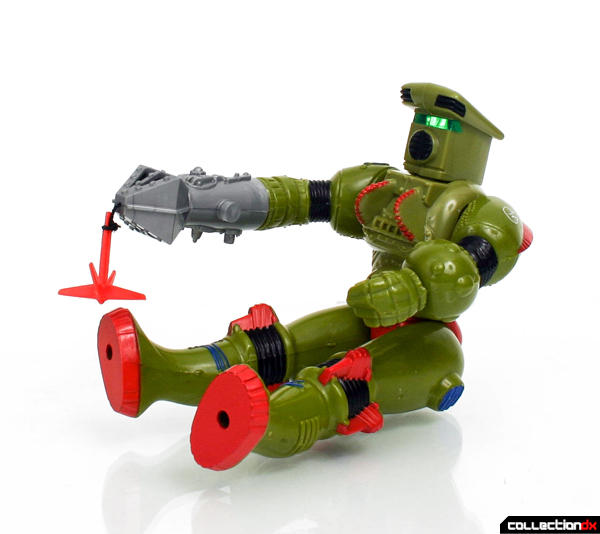 His arm-mounted grappling hook is a cool accessory. You turn that crank on the side to wrap the cord around a tube inside. These pieces are all delicate though and many specimens have broken or missing parts. 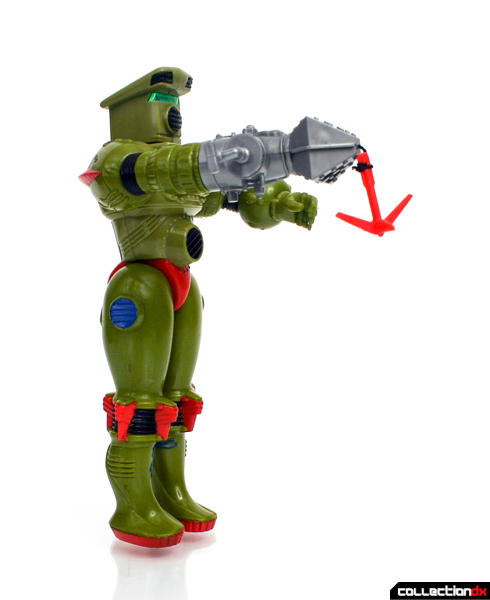 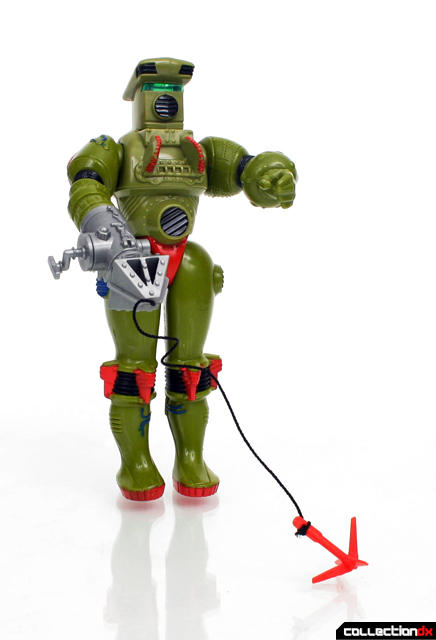 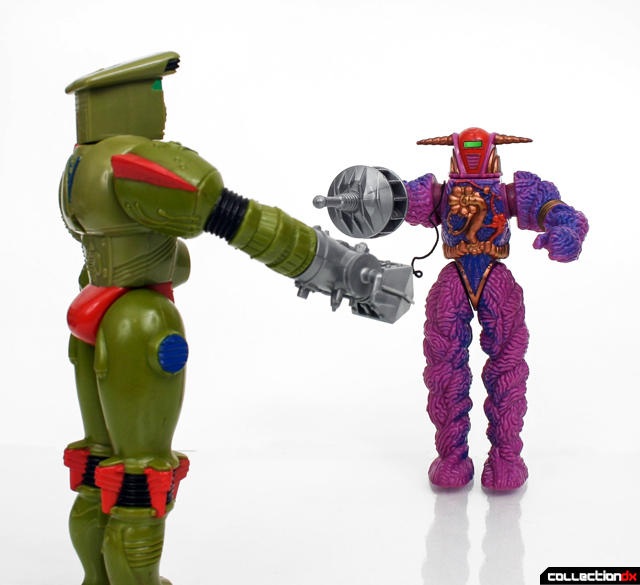 Herc and his crew are definitely worth checking out if you like powered armor or strange eighties obscurities.

4 comments posted
These need to be remade!

Thanks for the review. I remember these toys. I still have volume 1 on DVD.

Hasbro needs to remake these toys with modern techniques. I thought is was a great idea for a show although I enjoyed the earlier episodes more when the monsters were still more of a mystery.

These would be a step in the right direction!

Actually, this would make a great movie!

This is one of the better shows from the 80s cartoy era, along with things like Spiral Zone and Centurions they really tried to put a science flair to everything that was going on.

Also was a nice take on science/environment struggles without resorting to the same ol 'trees good machines bad!'

Nice review! The first thing that really scared me as a kid was D'Compose. Specifically the episode where he poisoned the girl and turned her into a monstrous Inhumanoid. Nightmare fuel for a week. This show, Jayce and the Wheeled Warriors, and Centurions are all shows and toylines I wish had taken off more.

Because of the small sized heads that about the same size as GI Joe figure heads I always felt that Inhumanoids should have been a GI Joe sub line like Street Fighters. I was already out of collecting GI Joe by this time but I remember seeing them and seeing that they would fit right into the GI Joe line just perfect. I believe it would have helped the line along better in terms of marketing and getting the word out to the kids. Although they are oversized for the head I think it works in terms of a GI Joe sized figure in a Inhumanoids sized armor. The armor looks so much better than the later GI Joe Armor that came out late 1992 before the line ended.

This was a great but small toyline but as I always say with many of these late 80's toylines there was just too many great toys lines out at this time and the kids that grew up in the early 80's were approaching High School age..

Finally I always loved the pun with the Earth Corp name.