The Convertors X is a repackaged version of the Mark Super High Speed Galvion X (Margo Special) released in 1984. This was one of the enemy mecha in the show. 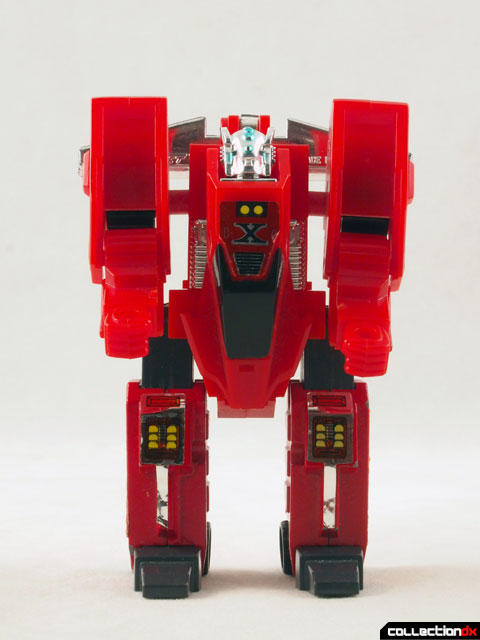 Originally, Takatoku had the license to produce the toys from Galvion but the company folded before anything could be produced. Rumor has it that cheapo toy company Mark got the molds and produced some of the toys in diecast and plastic under the Super Robo Car (スーパーロボカー) line. There were four boxed releases, but I have only seen boxes of 1,2, and 4. Of course, this is number 3 in the series. Finding a Japanese boxed specimen is incredibly rare.

Fortunately, Mark (under the name, or in conjunction with Select) brought these to the US under the name Convertors to cash in on the Transformers craze of the 80s. These were packaged in the Super Defenders sub-line and placed on blister cards. While these are still rare, they are nowhere near as hard to get as their Japanese counterparts. The toys themselves are the same.

While the history lesson is interesting, the toy is sort of a letdown. Toys like these reach an almost mythical status until you get ahold of one, and then it’s next to impossible to live up to the expectation. 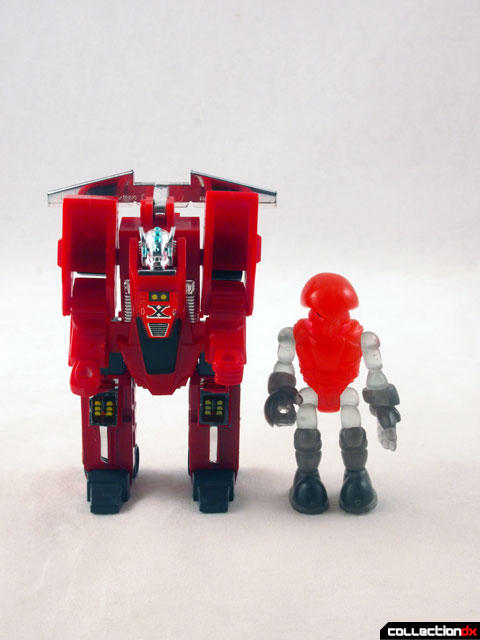 X is a floppy, awkward mess. Perhaps the floppiness is due to age? I’ve never had one fresh out of the package.

The toy has two modes:

Road attacker is a sleek racecar mode that barely holds together. The rear wheels don’t lock into place so it’s hard to keep it looking cohesive. The front just sort of hangs there. 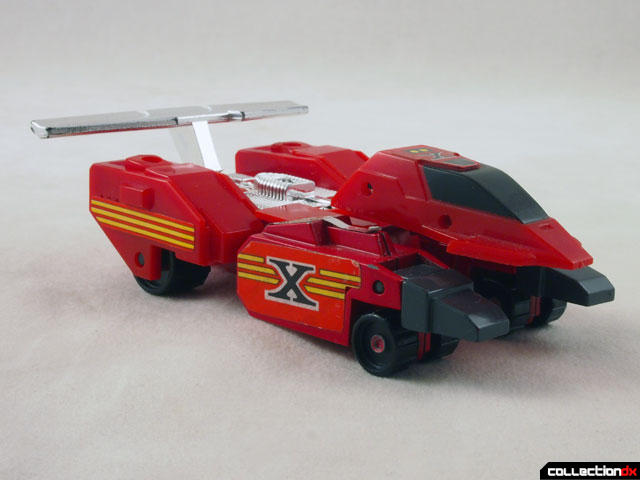 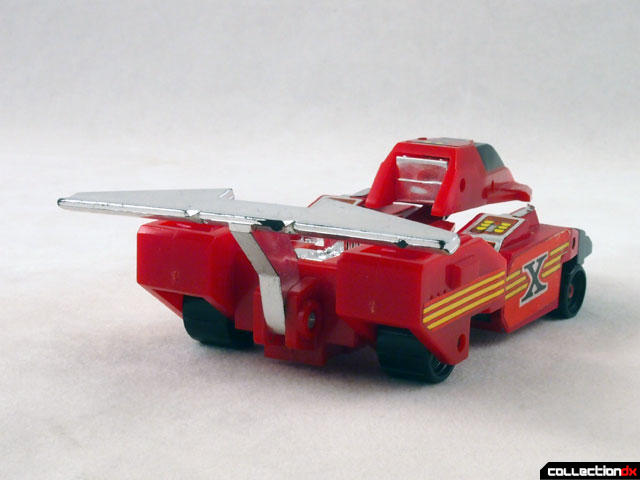 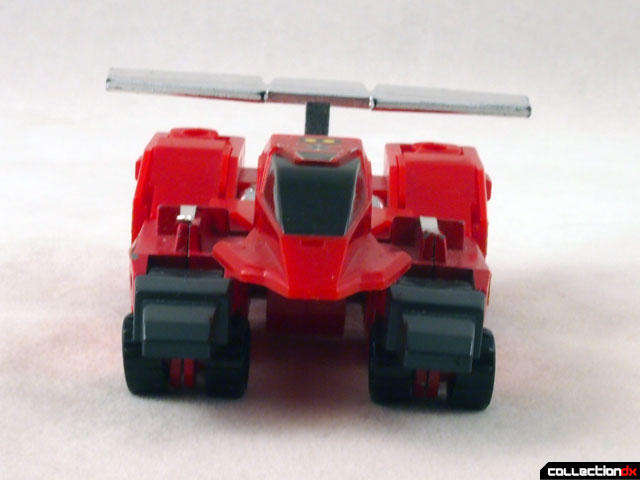 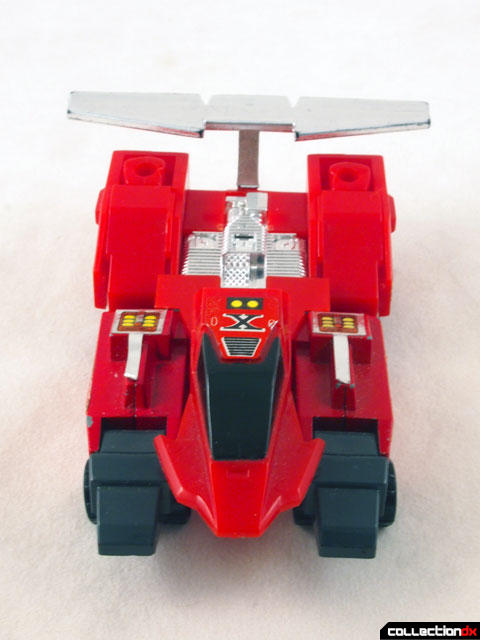 Combat Machine is a little better, in that it stands up. 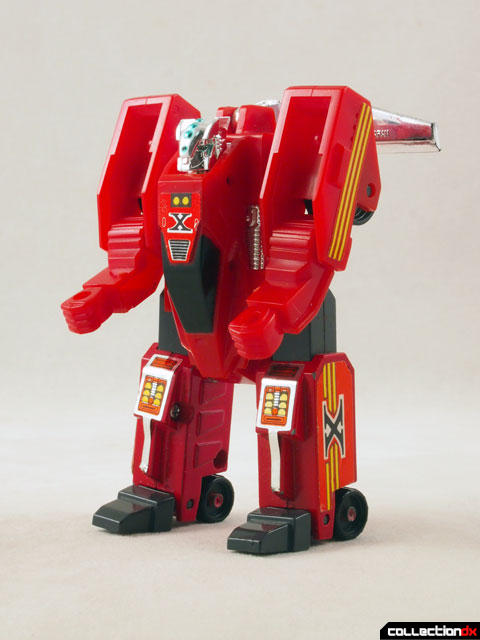 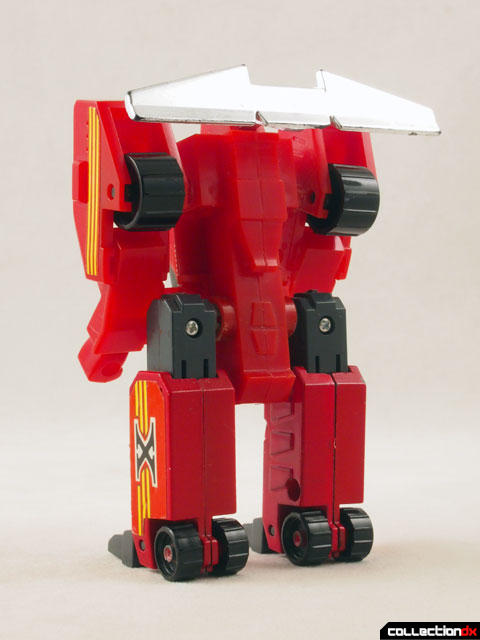 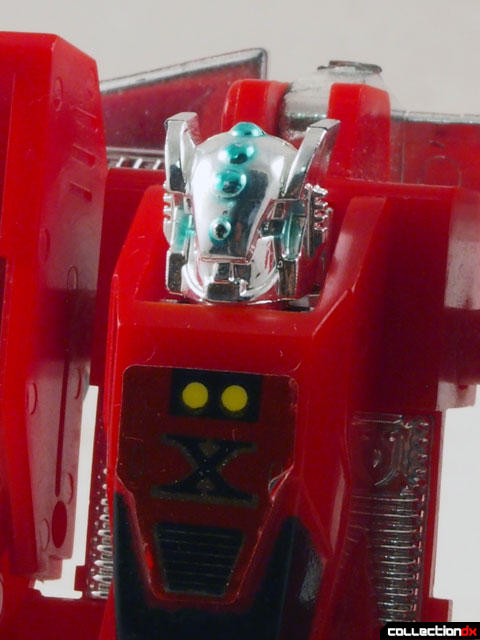 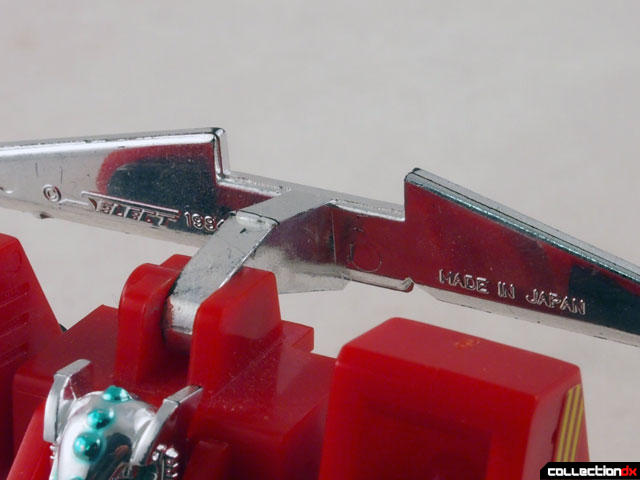 It’s technically articulated in the hips, shoulders and elbows. 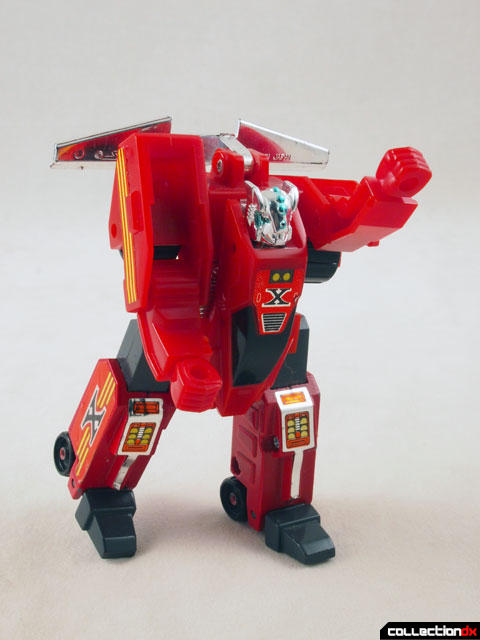 All four Super Defenders are interesting in that they are hard to find toys from a show that most people never saw. The fact that they became more widely available in the US than in their native land is just another interesting footnote in Japanese toy history.

2 comments posted
I like the shot that show my

I like the shot that show my three favorite words "Made in Japan".

Also cool head design, although I imagine it's not the same as it was in the anime, right?

Will you be reviewing the other cars?

On that note, I think lots of people received Convertors as kids in the 80's but didn't recall the name of the line due to them being much cheaper than Transformers.

"Also cool head design, although I imagine it's not the same as it was in the anime, right?"

Yes, none of those four mecha toys from Galvion has an anime accurate head design. My guess is that's maybe due to an licencing issue (I.E. MARK didn't renew the Galvion licence when bought the toy molds from Takatoku? So they maybe couldn't release them without some type of change? )...But ironically, all four toys where released in anime accurate colors too...

Anyway, it's good to see some Galvion love around here!

EDIT: If you want to see what the anime accurate design was for this mecha check this web page out:

Yes, it's the same mecha...but Takatoku had to simplify it greatly.