As the Gobots toy line pressed onward, Bandai made several additional figures for Tonka to release in the western market. I've covered others like Gunnyr and Sparky who were meant to stand together with the 600 series Machine Robo figures that made up the bulk of the line. Van Guard is yet another Gobots original who retains his Japanese pedigree. 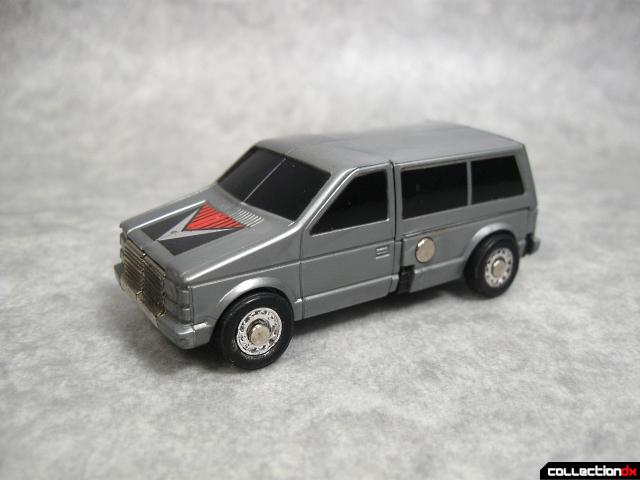 In vehicle mode, Van Guard is a humble little Dodge Caravan. His boxy form recalls an era when not every vehicle was trying to look like a Porsche. Van Guard is nicely detailed in this mode although but can look a little drab with his all gray coloring. Diecast parts give him a bit of heft and rubber tires round out the usual Bandai toy ensemble. 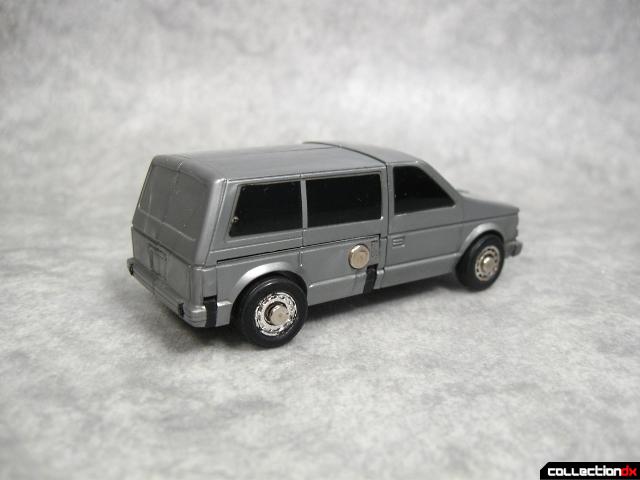 His detailing continues right down to a spot for a license plate. 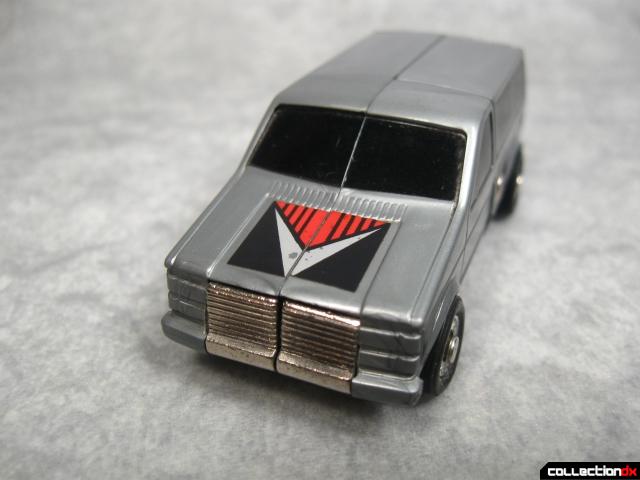 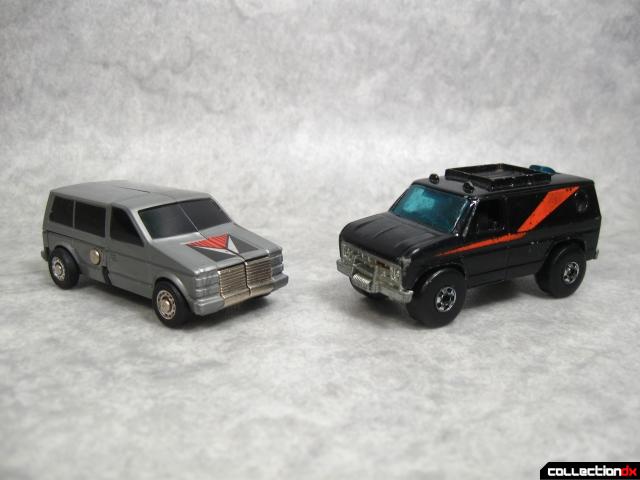 He fits in quite well among other vans. Van Guard could easily ace a few events at a vanner convention. 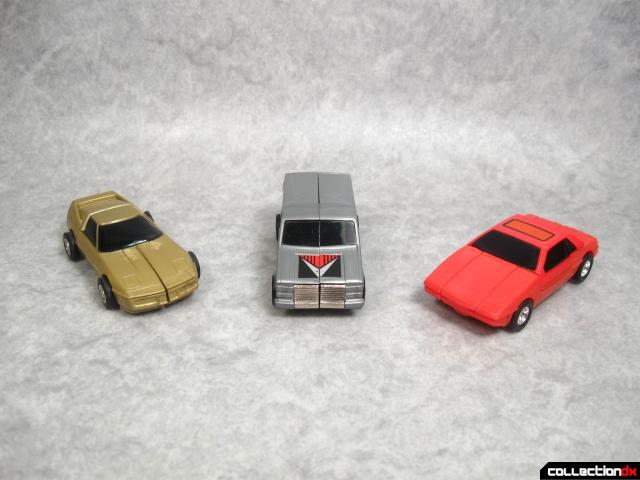 Here he is alongside other Gobot original figures Stinger and Sparky. 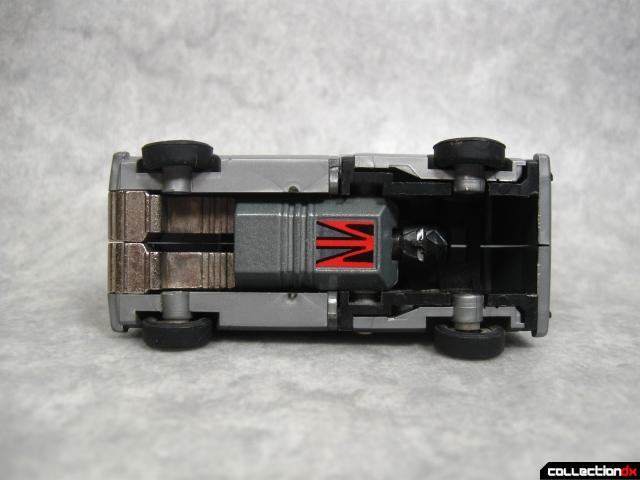 A shot from below betrays some of his transformation but I assure you there is more going on that what is readily apparent. 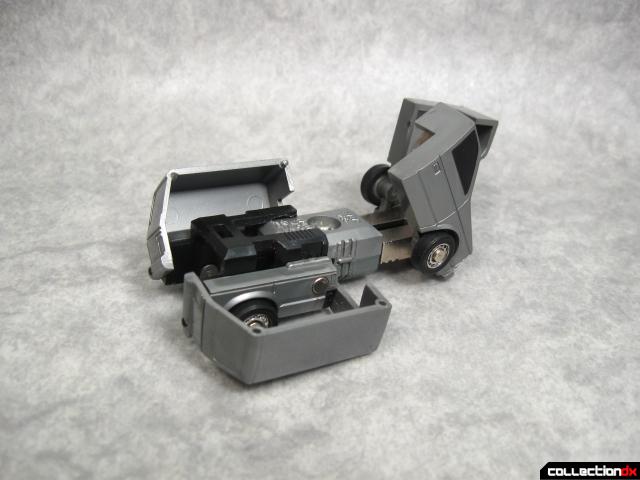 Van Guard's conversion process starts off in a familiar way with the front unfolding into legs. Things diverge a little bit as the back of the van opens up like a lunchbox. 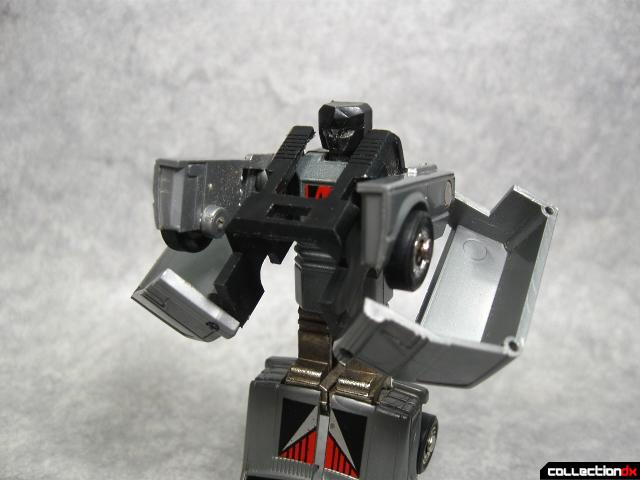 Next the whole assembly folds down over his body putting his arms in the proper place. 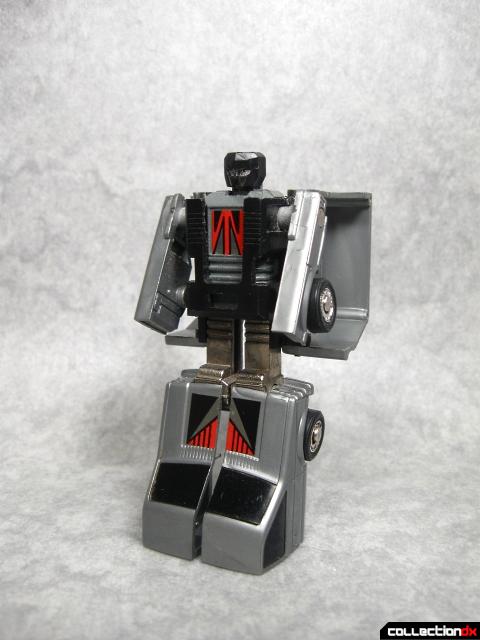 Van Guard's robot mode is competent with a workmanlike charm. The way the black outer structure folds over his body makes him look like he's wearing overalls. 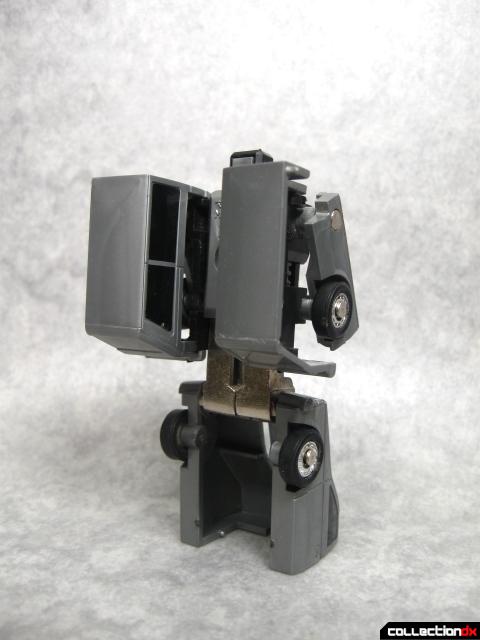 While the two halves of his van mode hang brazenly on his back, I find they actually look kind of cool there. It's like he's some kind of van angel or vangel if you will. 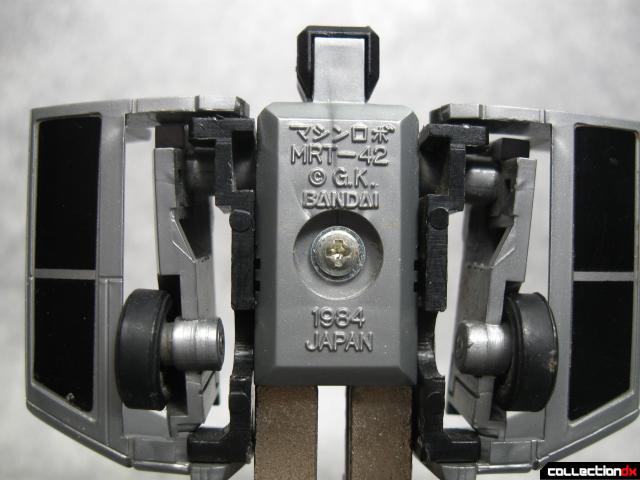 In the middle of Van Guard's back is his copyright information that still has the katakana for Machine Robo despite never being released in Japan. His number is MRT-42 with the "T" presumably standing for Tonka. 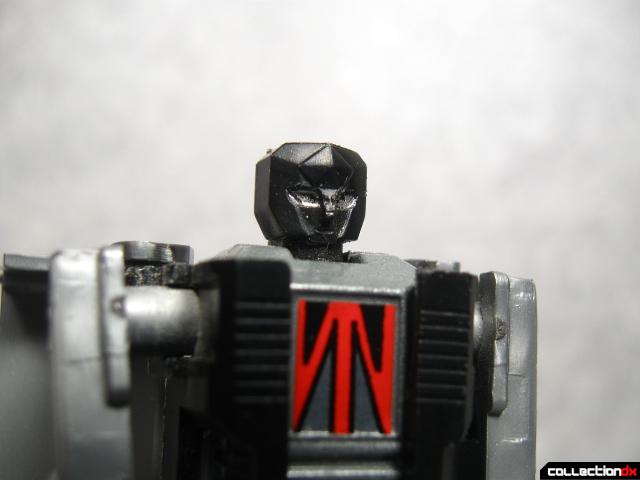 Van Guard's head is quite angular, looking like an early 3D video game character. His silver eyes add a little color to the matte black noggin. Oddly enough is mouth is sculpted slightly aghast at something which is unusual for Machine Robo type figures. His face is forever frozen in mild surprise. 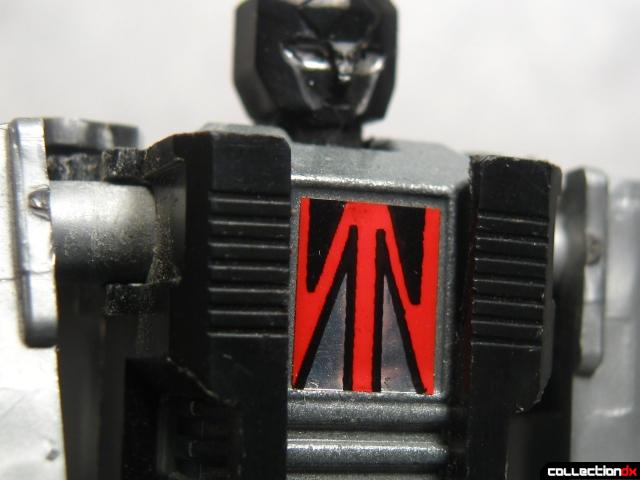 I especially like his chest sticker which appears to be the robotic equivalent of a bolo tie. 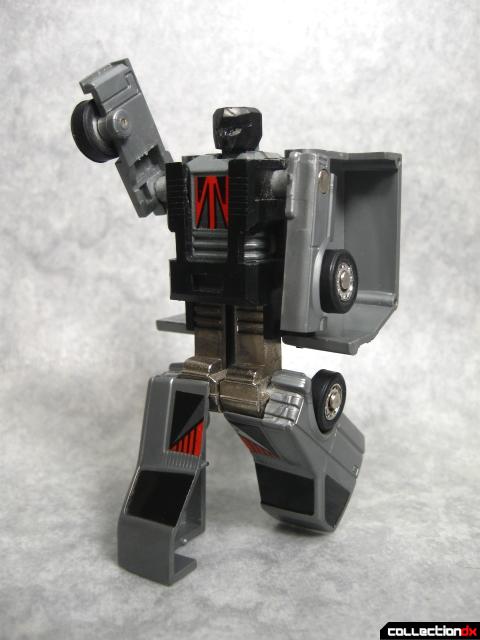 Van Guard's articulation is typical for a Gobot but there's enough to effect the image of a friendly Guardian. 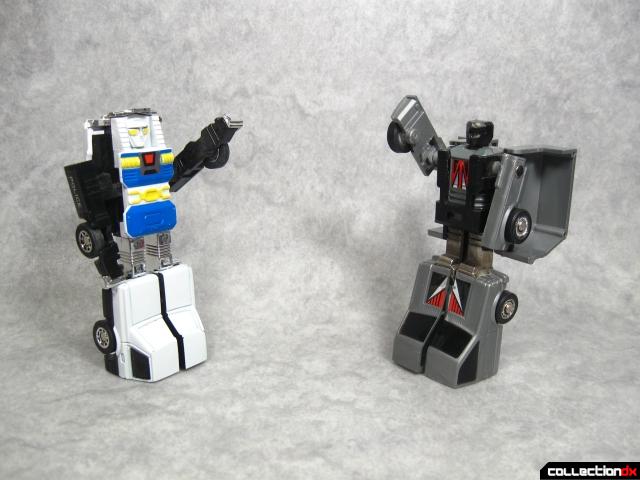 And he displays well with Machine Robo derived figures like Hans Cuff. 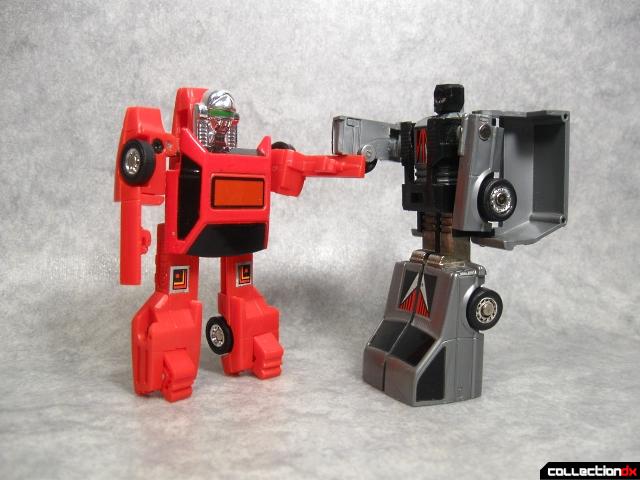 Overall Van Guard is another humble entry in the Gobots pantheon who is a pleasant little toy. He's quite sturdy and solid even if he won't be wowing anyone with his vehicle mode other than van enthusiasts.

I always liked figures like this...sports cars and exotics are awesome, but for maintaining a low profile in the field a Dodge minivan makes a lot more sense than an F1 racer. Thanks for giving him the spotlight he deserves!

I always liked this character and figure although I never owned the toy when I collected Gobots.
Oddly enough not long after reading this review I found out we now own a Mazda Bongo van. :D

The particular toy reviewed here is the exact one that was mine as a child. Andrew is now his caretaker.

If you think the toy looks pretty mint for a loose bot, you're correct. This one didn't see a whole lot of use. I would always try to pretend he was a jeep Cherokee or a toyoa hilux with a cap over the bed, but since I'm a big automobile fan, there was really no fooling myself (but the hilux thing was almost believeable).

I always used to pretend the kibble that is the rear van halves was actually wings for flight mode. I also really dig the detailed chest sticker, but not so much the one on the van's hood. I guess it did help prevent it somewhat from looking incredibly plain due to the large amount of plastic required to cover the dimensions of the vehicle mode.