Dabulas M2 (ダブラスM2) appeared in the first two episodes of Mazinger Z, along with Garada K7. But when Popy began turning their intended store display Jumbo villains into actual product items, they decided to release Dabulas M2 along with Kingdan X10 as the only releases from Mazinger Z. (Other first series villains, Kame Bazooka and Hasami Jaguar, were from the series Kamen Rider V3.) 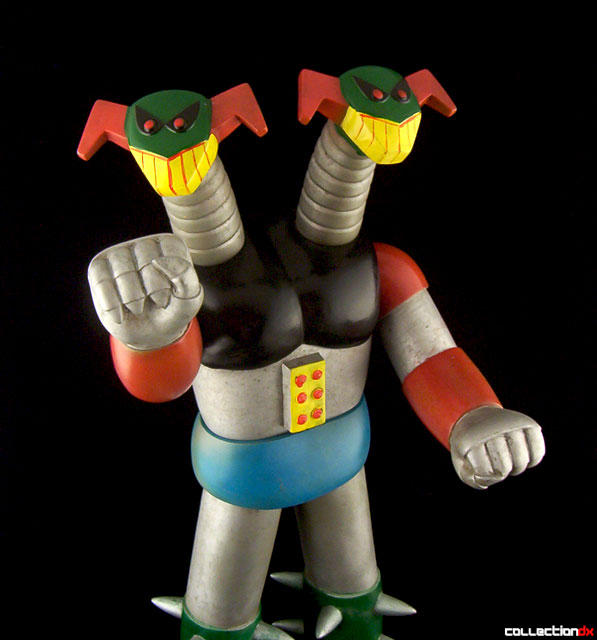 Popy made two major mistakes in the process. Firstly, they colored the toy completely different than it was shown in the cartoon. In the show, Dabulas M2 was predominantly green and purple, but the Jumbo Machinder is mostly silver, with areas of black, red, blue, yellow and green. In recent years, Popy's parent company Bandai has corrected this with their release of the very detailed and accurate Soul Of Chogokin rendition of the character. 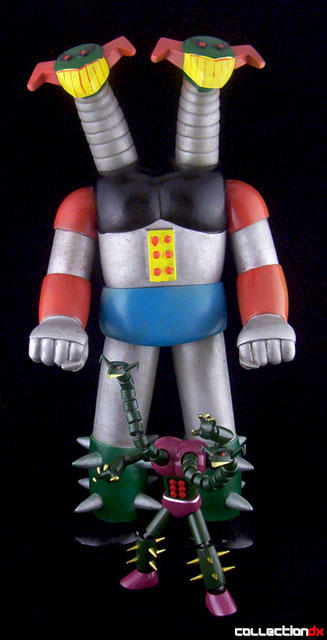 The second mistake made was on the labeling of the box. Instead of saying "Dabulas M2", the packaging says "Dagulas M2"! 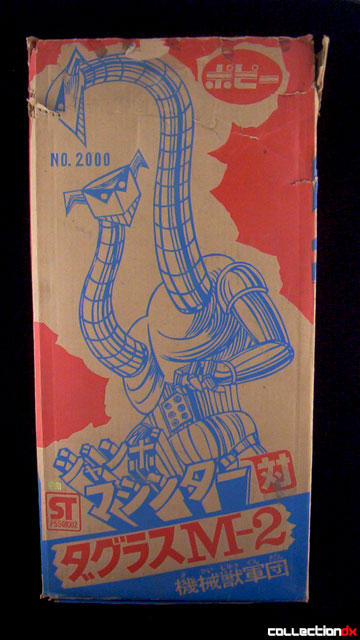 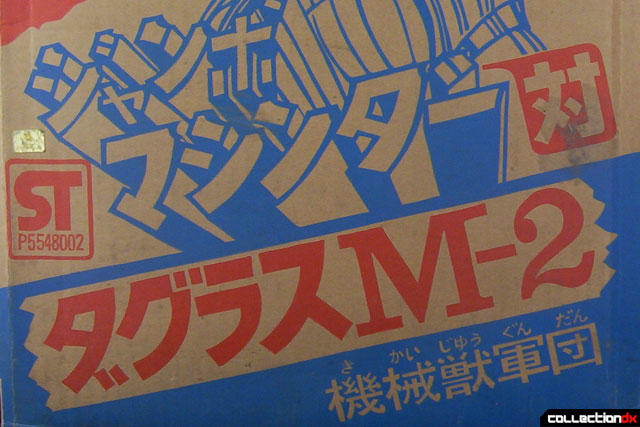 The box for this toy is extremely difficult to get, and I actually found the specimen pictured here on Yahoo!Japan auctions listed as "Dagulas M2", instead of the proper name, loose with no toy included. Since I didn't have the toy at the time, I showed the auction to someone who I knew would need it more than I. He won the auction to complete his specimen, but later sold me both to fund a much bigger purchase. So I guess this box has sort of come full circle. Unfortunately, it's not in the best condition, but it's better than no box, and still displays well enough from one side. As with the other Jumbo Machinder villains, Dabulas M2 has writing on his foot. "Mazinger Z vs. Kikaiju Dabulas M2" is molded into the left foot, while the right has the same copyright information as the other Mazinger villains, "Dynamic Pro", "Toei Animation" and "Popy". 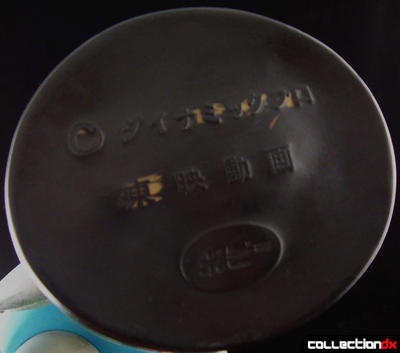 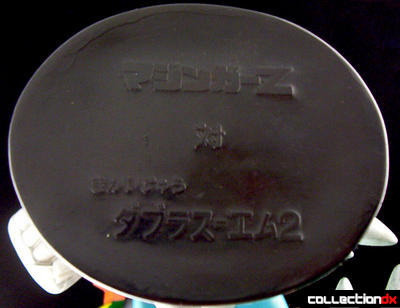 Dabulas M2 is molded entirely in soft vinyl with painted colors and stands approximately 20.5 inches tall. It features articulation at the hips, shoulders, waist and both necks. Dabulas M2 is a rare toy, but not so rare that it cannot be found. But whenever a specimen of it shows up, the competition to get it can be fierce, because the toy is so popular. 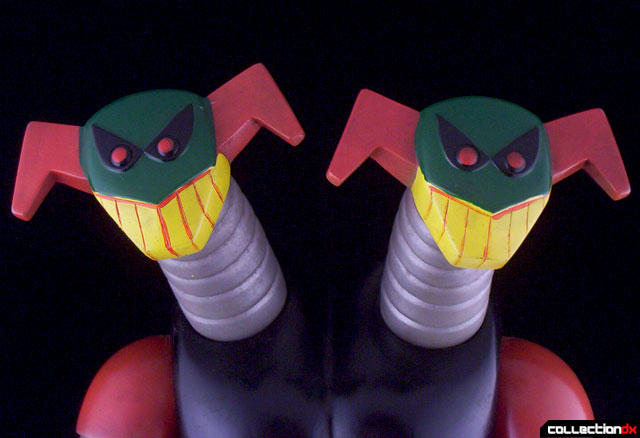 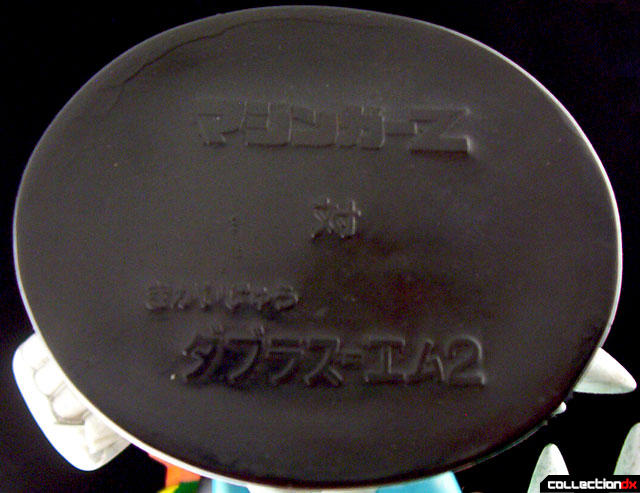 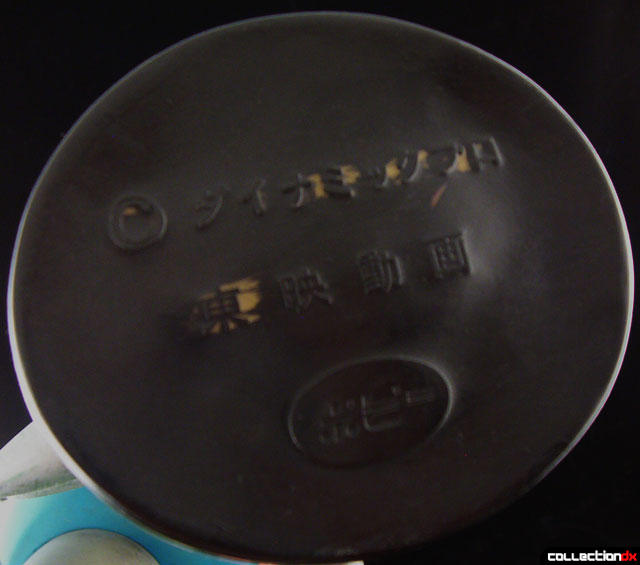 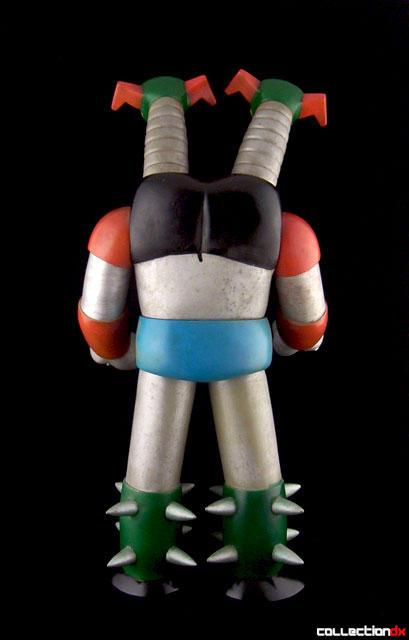 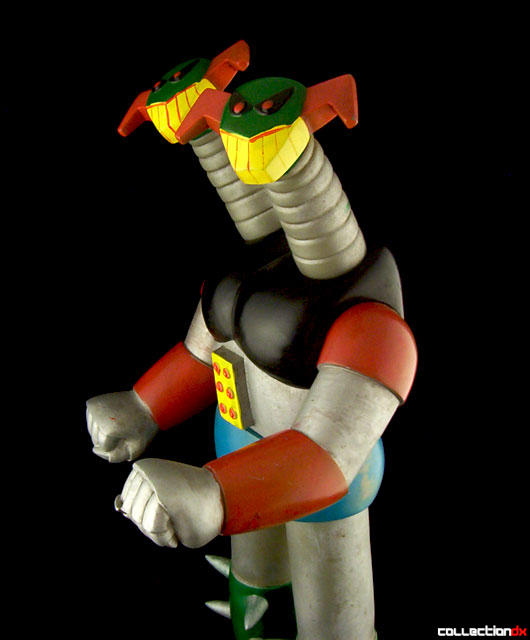 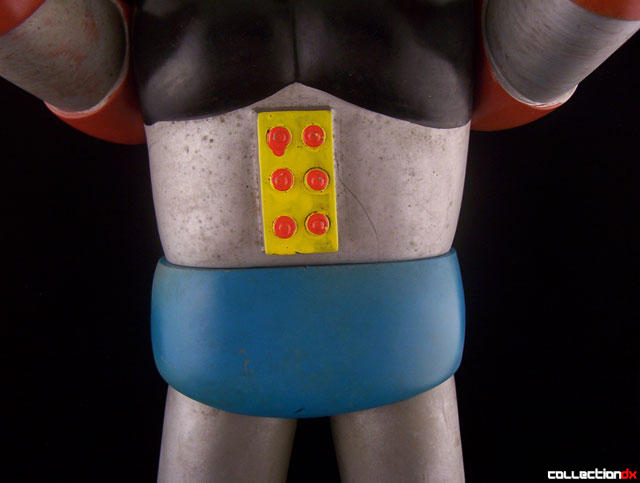 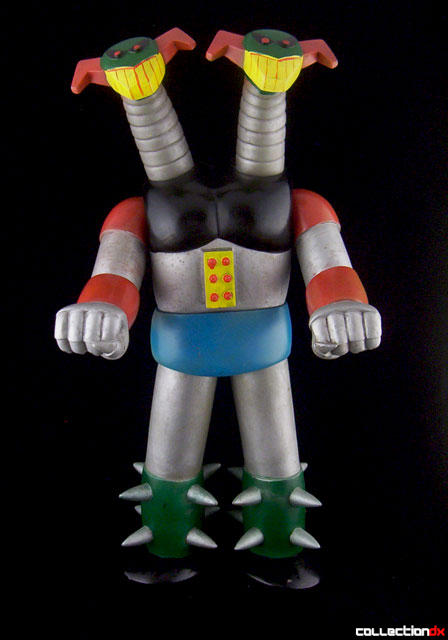 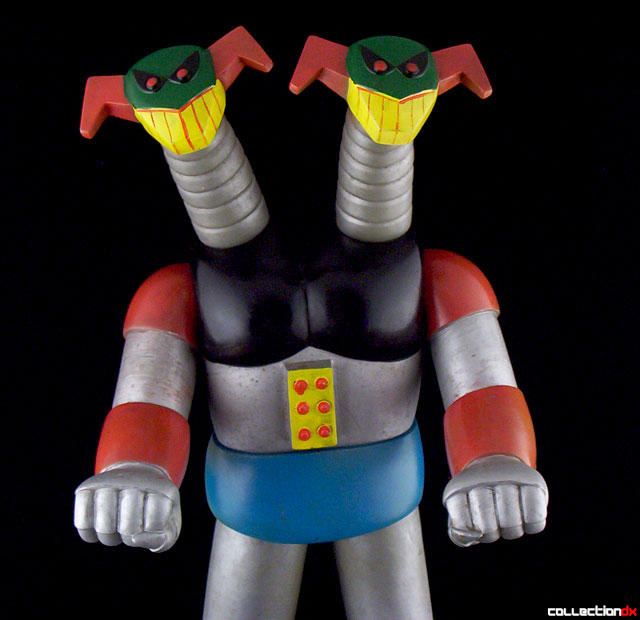 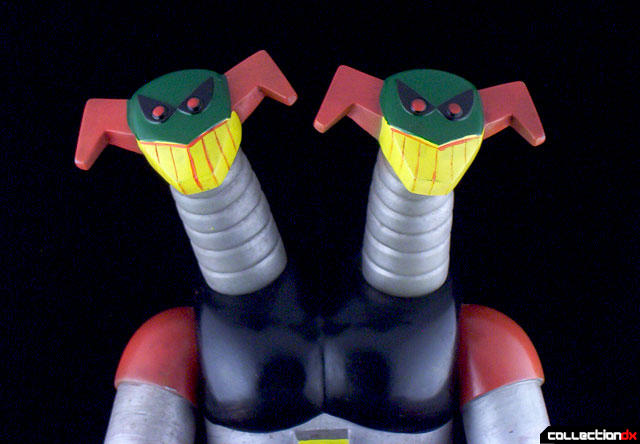 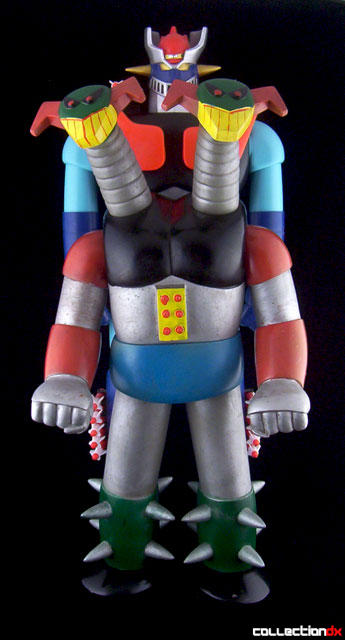 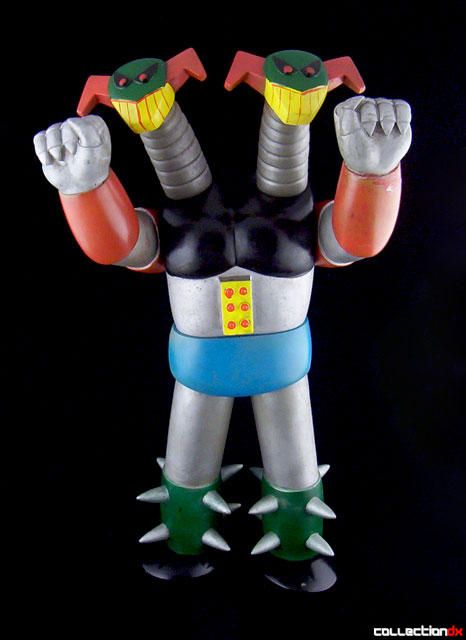 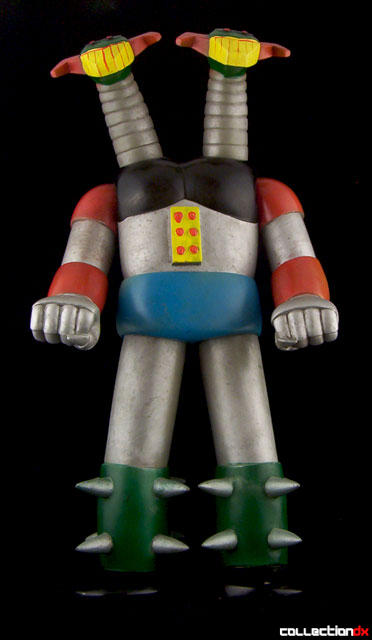 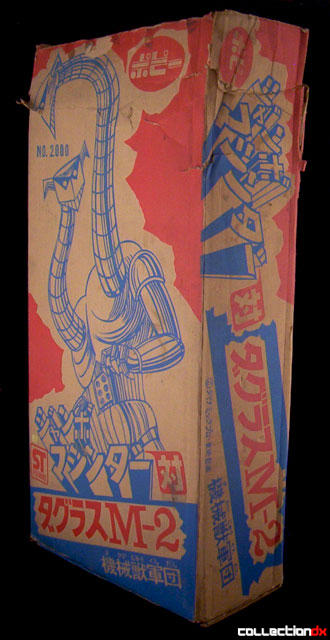 I really like the look of this guy. We need more two-headed mechs/kaiju.