This review will focus on one of the two optional figures and last Spiral Zone release Act 12: Figure Type 2 (Brown). 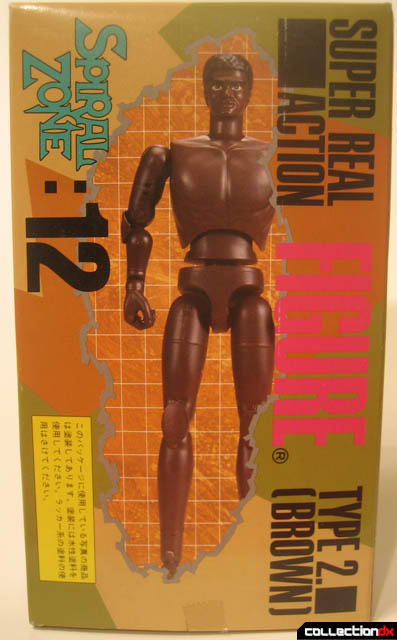 Two Spiral Zone figures were created to be paired with one of the four Coating Type extra armor uniform sets. It is interesting to note that the last two figure releases are of a different ethnicity than the other three figures. While the other three figures looked Japanese in their face sculpts, Bandai choose to release two figures with an African ethnicity and European ethnicity. 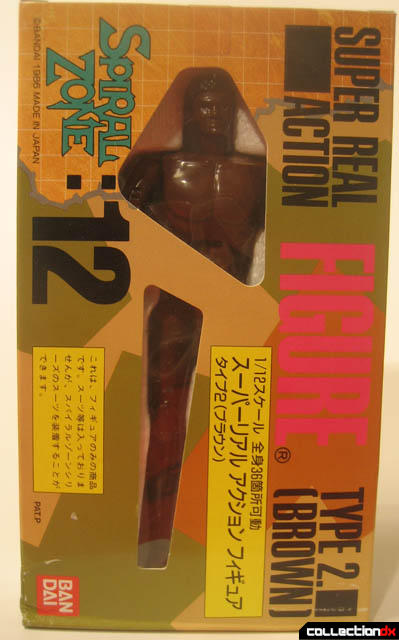 Like the previous three Spiral Zone figures they are anonymous characters and are not named. Act 12: Figure Type 2 (Brown) have features exactly like the other three figures in terms of mobility but molded in dark brown plastic with a new face sculpt. 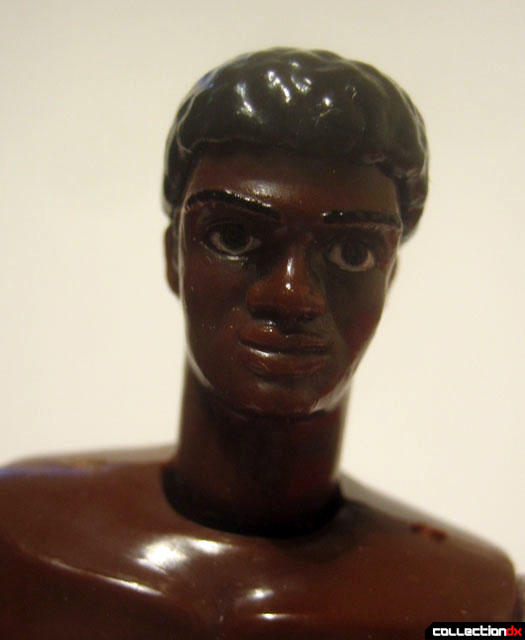 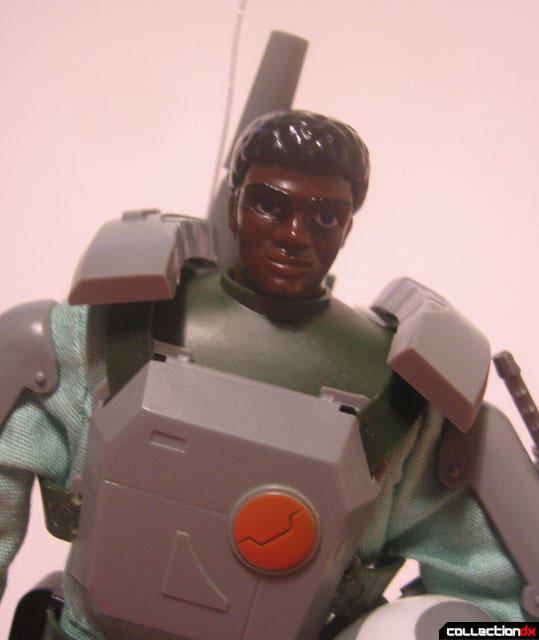 Act 12: Figure Type 2 (Brown) originally cost $15.00 in 1986 but today they are still quite easy to locate and usually cost between $10-25. I actually found another figure this weekend NOS in the box for $5.00 at the Model kit Show in Buena Park. Keep in mind although these Spiral Zone figures do not come with a file card it does come with a one sided instruction sheet that is usually missing from most examples. It is always best to make sure the package has the instructions in the box if you are going to pay a premium. 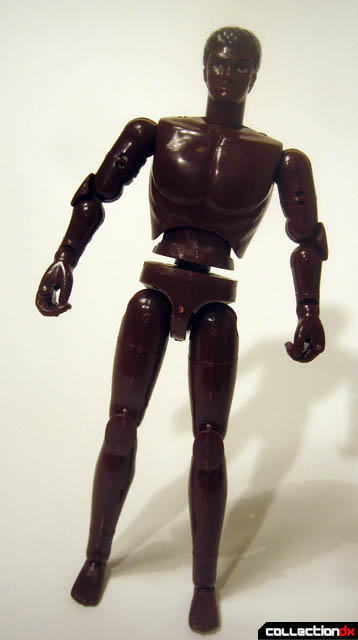 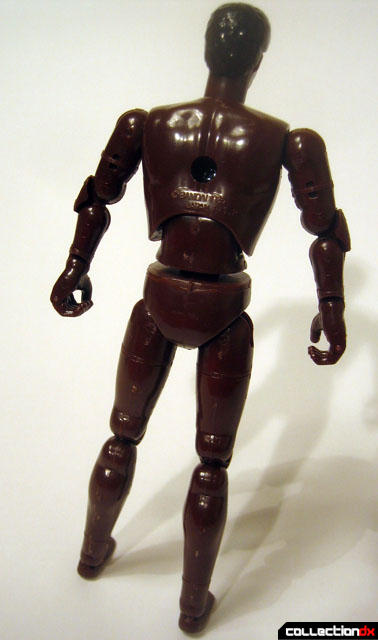 Figure Type 2 (Brown) was the last release of the Spiral Zone line. The beautiful planned 1/12 Spiral Zone prototype toys would never be produced, whose designs would only see the light of day as exclusive small scale Model Magazine club model kits and gashapon figures. It is a shame as this line is one of Bandai’s finest. With the hint of what could have been, with Kamen Rider Black and Saint Seiya Spiral Zone sets, Bandai discontinuing the Spiral Zone line has left a huge hole in Japanese Toy collecting. We can only hope that the line will be revived and will continue where it left off but after 25 years I have my doubts.

I just know I'm never gonna hear the end of this one... "Type 2 Brown" is what everyone's gonna be calling me at the Summit this year! ;P

Seriously, though, Leonardo, I forget if you mentioned this before, but do you have any of the US Spiral Zone toys from Tonka (and if so, were you planning on reviewing them)? I remember them from way back but never had any...

This could be the greatest toy in history and I wouldn't be able to look past the fact that they have the toy standing vertically, but have all the writing horizontally.. What the hell is with that?

Thanks for the email! Hope you are doing well....Hey I just write reviews here, just don't have Josh write you up a name tag that says Type 2 (Brown) and you should be alright! Ha ha

I had a couple of the Tonka Spiral zone figures but I was never really into them. I sold them a few years back on Ebay. Hopefully somebody in DX Land might write up a review. Although I understand why US kids liked the American line, I actually can't stand the US Spiral Zone line! It would be better if somebody who loves US Spiral Zone figures and toys review them although I would do a fair review.

That's Japanese art design for you!

Yes another insane Sid & Marty Krofft show "Wonderbug", not that a creepy talking car was enough that it changes into a super creepy flying, talking car! Oh the glory days of 7T's Televison.....some of the best television out of of Canada! Big Foot and Wild Boy is another winner!