This is the 8th piece in the Metaltech series: 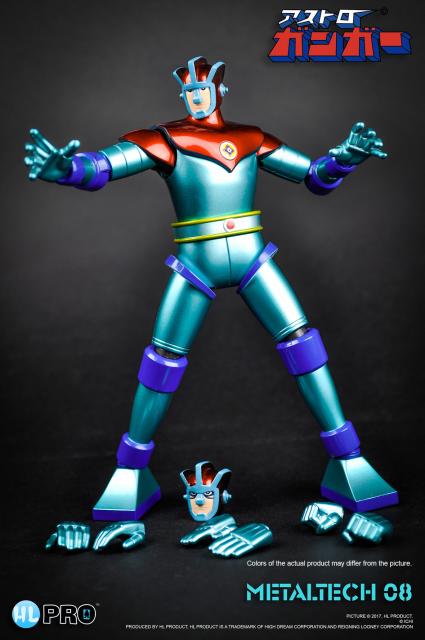 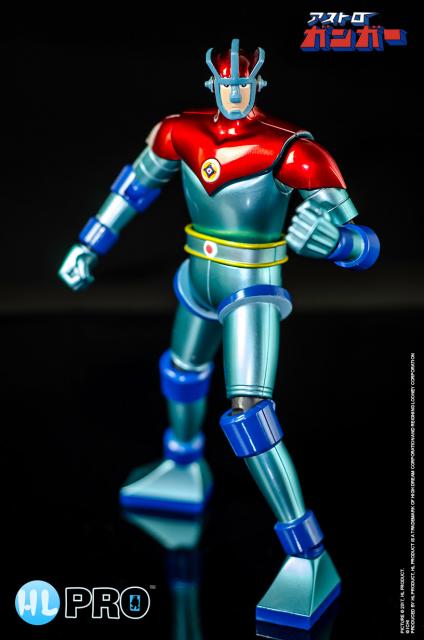 An alien woman named Maya crash-lands on Earth. Her homeworld was destroyed by the Blasters, a cruel alien race who steals the natural resources from other planets. She falls in love with a scientist and gives birth to a human boy named Kentaro. When the Blasters invade the Earth, Kentaro must defeat them by fighting with Astroganger, a robot made from living metal.

This was the first Super Robot show in color, beating Mazinger Z to the air by two months.

Astroganger is very different from most of the robots of the genre. He is a sentient being who can talk, think, and feel pain. He has no special abilities and must rely on his strength to win battles.

Astroganger was very popular in the Middle East as Jongar (جونغر), and was also shown in Italy as Astroganga and in Spain.

The same staff would go on to create the notorious Chargeman Ken!. Like that show, Astroganger has sometimes been referred to as "so bad it's good."

Colors of the actual product may differ from the picture, it’s a metallic paint and the paint reflects the light.

This will be an extremely limited release in the USA. Standard discounts do not apply.

Ugh! Other pictures showing the anime colored version look great. But that Metalic? Thank you no! And once again HLP hits their magic MSRP of "I will not buy it at that price!" Talk to me when it hits discout at $100.