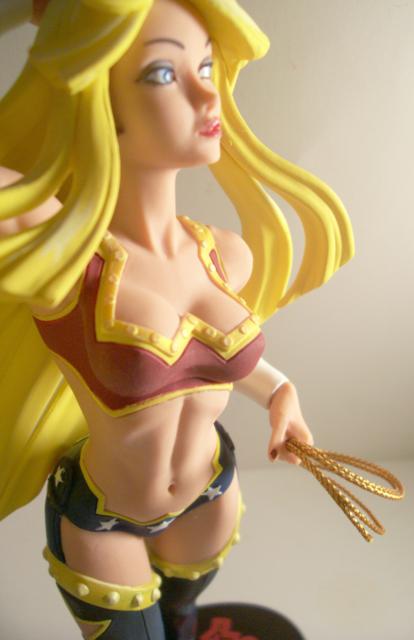 This statue is unusual compared to the other Ame-Comi statues in that it was actually designed by Sanford Greene, an artist who actually drew the Wonder Girl mini series (cover below). 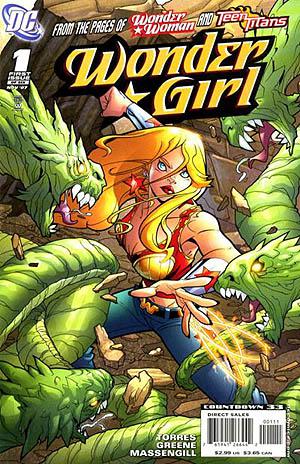 The Wonder Woman statue is also good-and hopefully I’ll get to it soon. Although this line has met some controversy for being too sexy, this one statue in particular has gotten some criticism for making Wonder Girl a little too provocative. But I think its a take that has met a need that the market has demanded for some time.

Review. Some basics.There is the standard 4 color window box 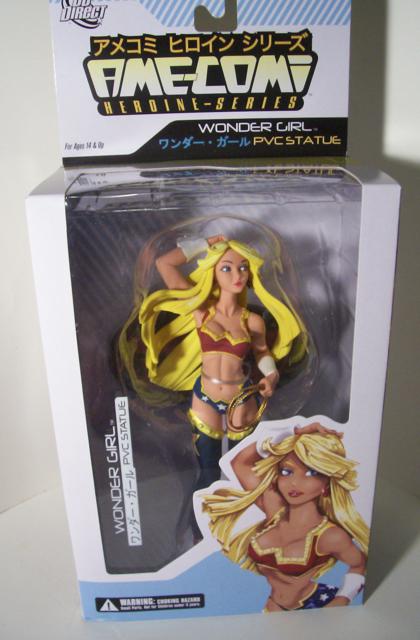 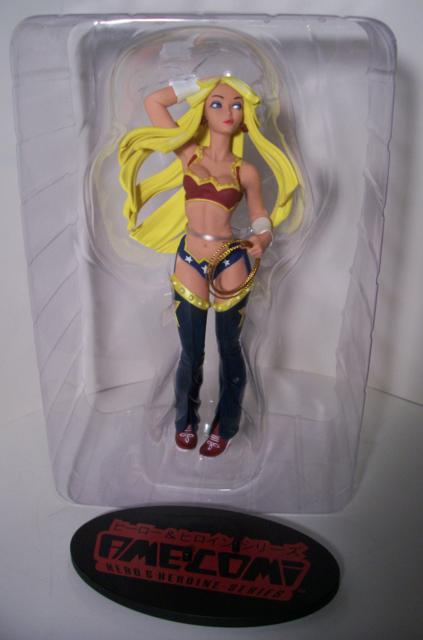 The successful Ame-Comi series has come a long way since the earlier statues both in terms of the detail, sculpt and overall imagination/boldness. The overall “take” on this figure imagines Wonder Girl as a cowgirl. 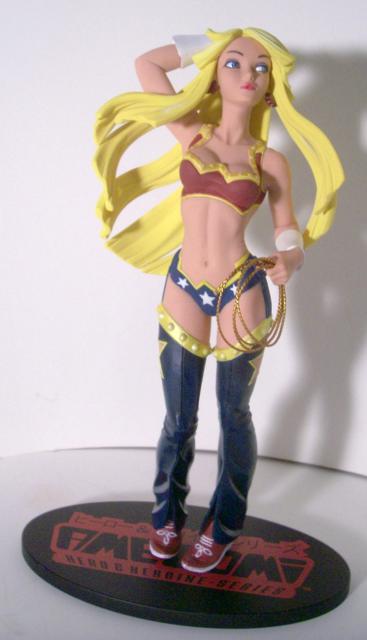 Sculpt is sexy but because the character is corporate property there are no cast offs and of course, no nudity. The figure has no posability or other accessories other than the stand.

The mass-produced signature on this statue, like all the others, is still the way that many of the costume features are just sculpted on or look embedded on the surface rather then having an actual layer over the figure itself. Although the feature remains,the illusion is much improved and is not as distracting as it was in earlier figures and small issues like paint blurring are not the problem they were in earlier figures. 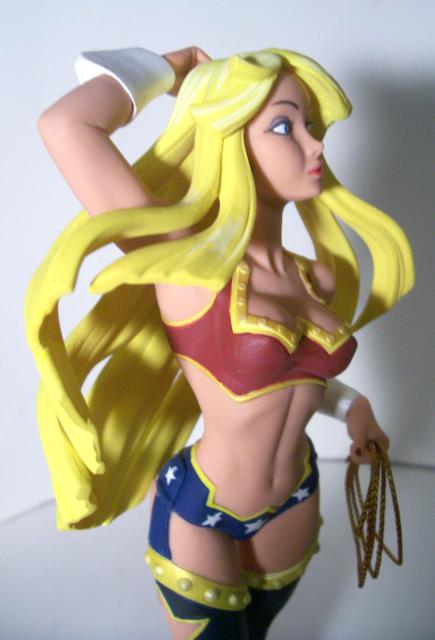 A clean sculpt of the abdomen shows off her six pack and the bare midrift gives her some sexy without being too revealing. 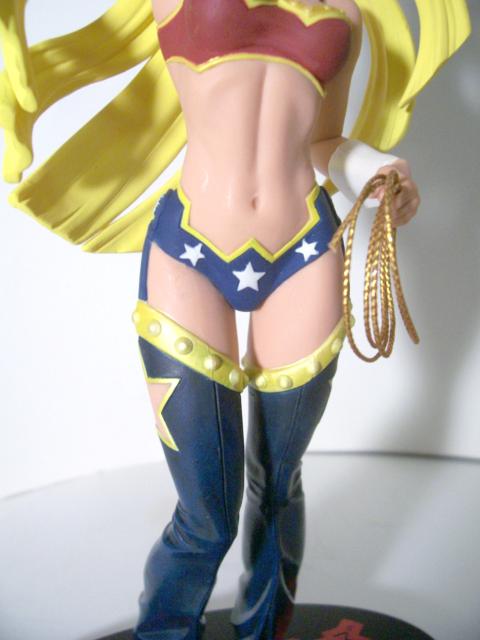 you can sort of see the abdominals from top down 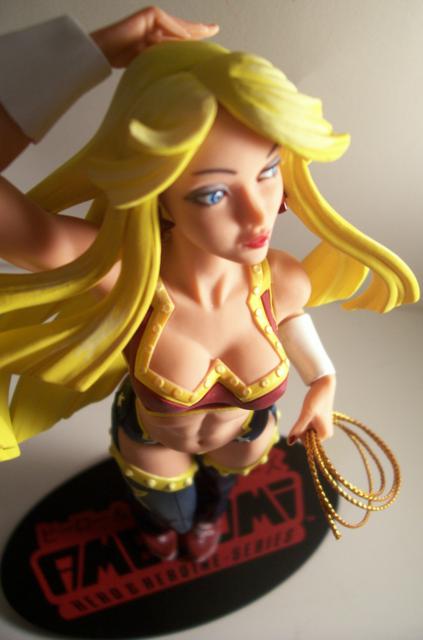 The face gives her the pouty young woman look without going too far over the top. 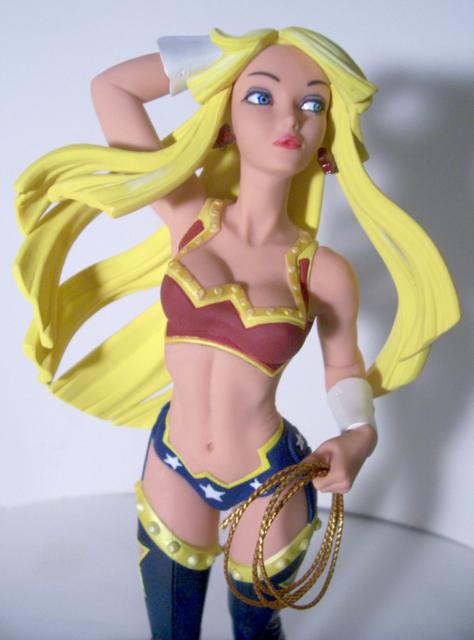 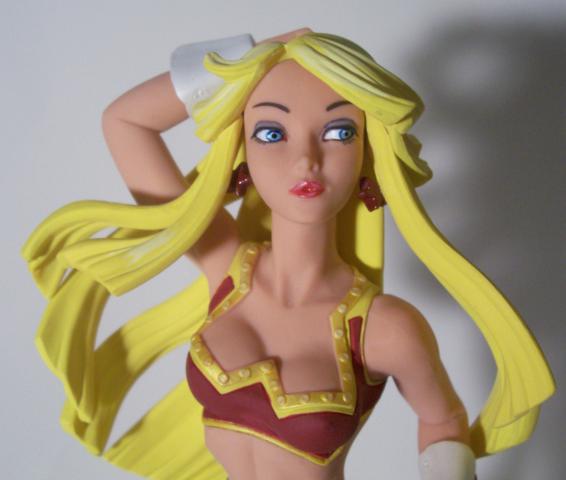 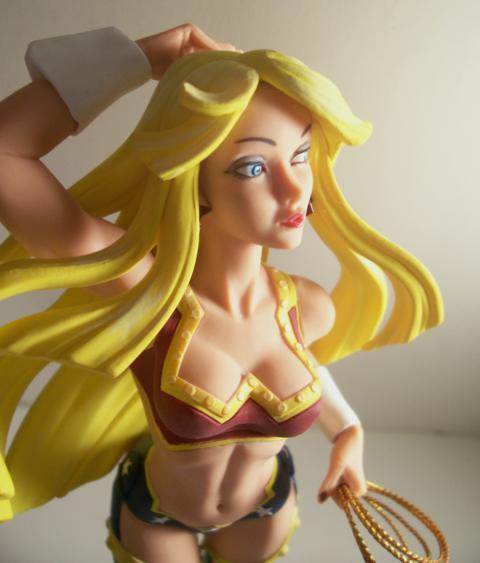 The hair is a great look that takes on a life of its own. But there is that strange color change. I'm not sure if that's a deliberate highlight or a flaw with the figure. It is a minor point though. 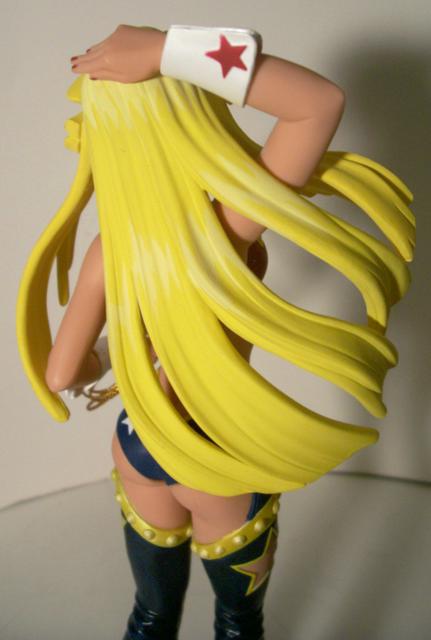 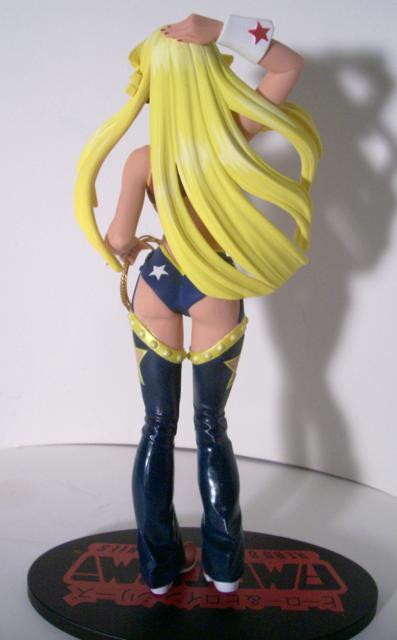 Great detail on the magic lasso. 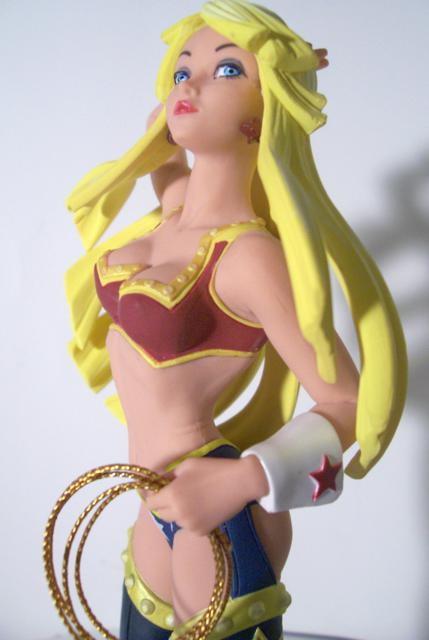 There is great detail on the chaps and associated features over the ass and legs. And yes, her toes are bent inward. 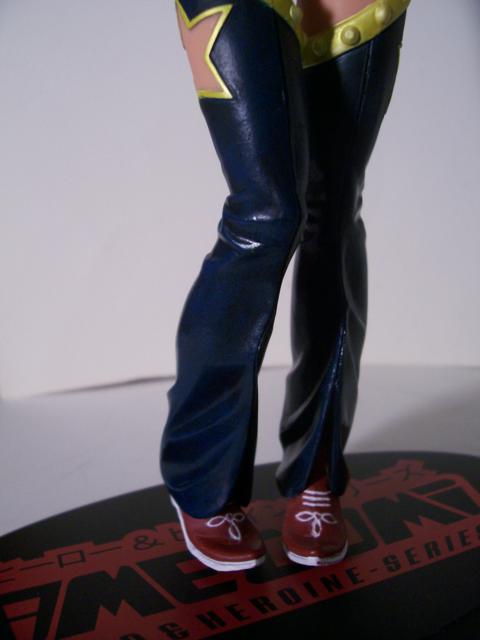 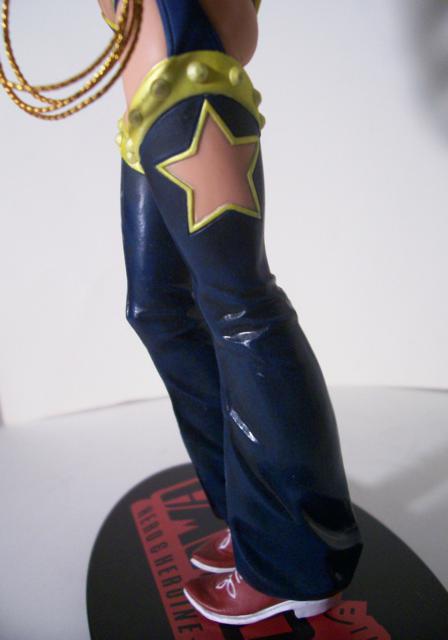 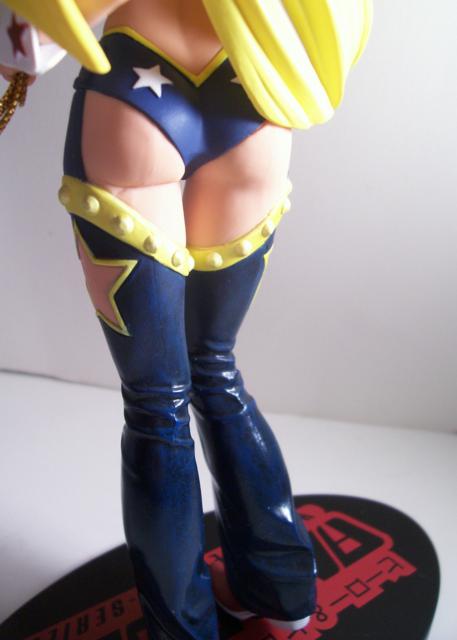 Cute Red cowboy boots for you red shoe fetish guys...Plus, the bases on these newer statues is much smaller and easier to fit on a shelf relative to the huge ones found on the earlier releases. 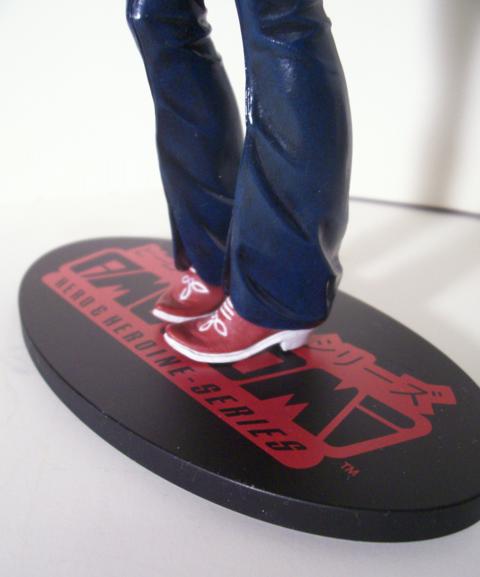 Overall-The sculpt is clean but has enough details to give the statue some character. Improvements, such as a more realistic neck are a huge leap in improved look for the Ame-Comi line. I remember the early Supergirl and Batgirl statues had stick-like necks that made them look like grotesque dolls. This and the other more recent statues have more realistic proportions making this and the other more recent Ame-Comi statues a far more attractive piece for your girl statue shelf.