The Predator 2 Scout was provided by Hiya Toys

When I was a kid, I had a poster from Predator 2 on my wall. I don't know why. I mean, I always thought Predator was awesome, but Predator 2 was a bit sub-par.

So I guess it stands to reason why this toy is also subpar. 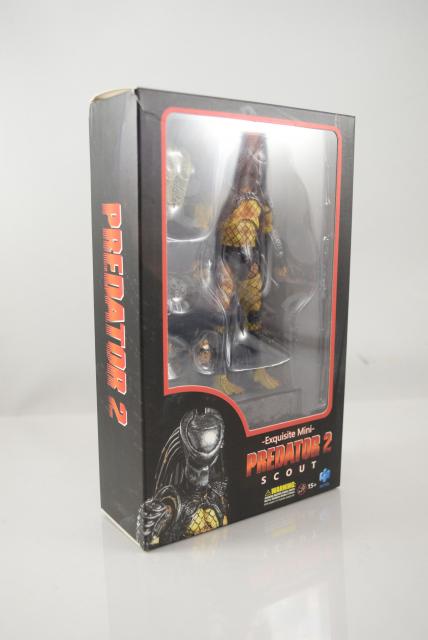 The Scout is one of the Yautja (Predator alien guys) that shows up at the end of Predator 2 after Danny Glover kills the main one to death on the ship.

Aaaaaand that's all there is to say about the character. 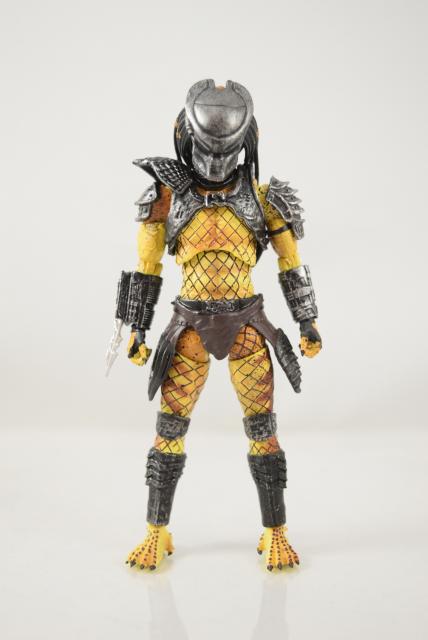 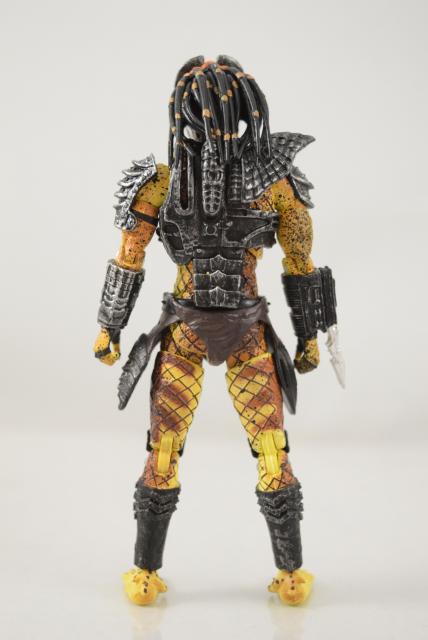 Hiya Toys usually does a really great job when it comes to paint and sculpting (especially on tiny figures) so I'm happy to say there aren't any problems here. 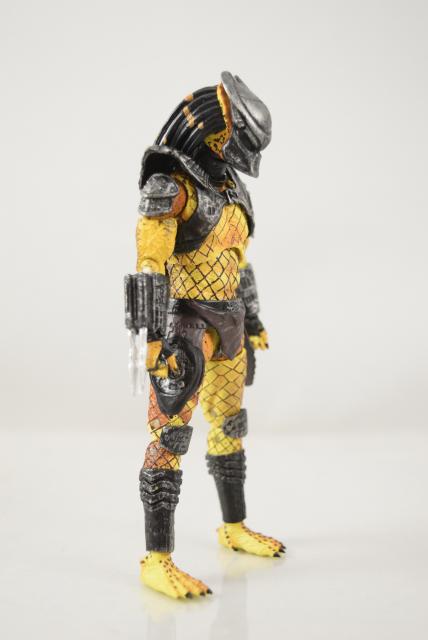 The toy totally looks like that one alien dude from that one movie, and that's cool. 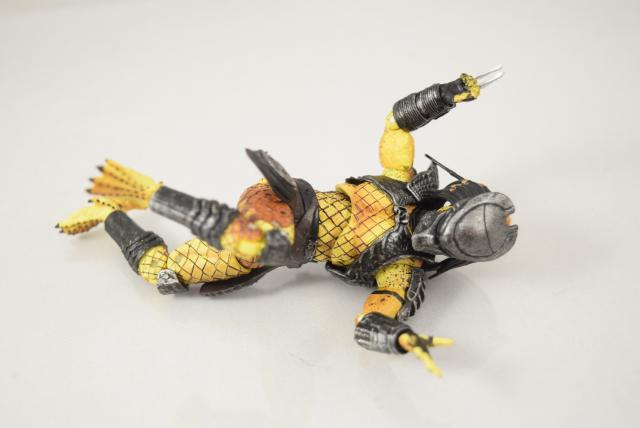 He also has a decent amount of articulation. The only issue I had were the feet. The ankles are only on swivels, so he has a bit of trouble standing up when you pose him. Fortunately, he comes with a stand. 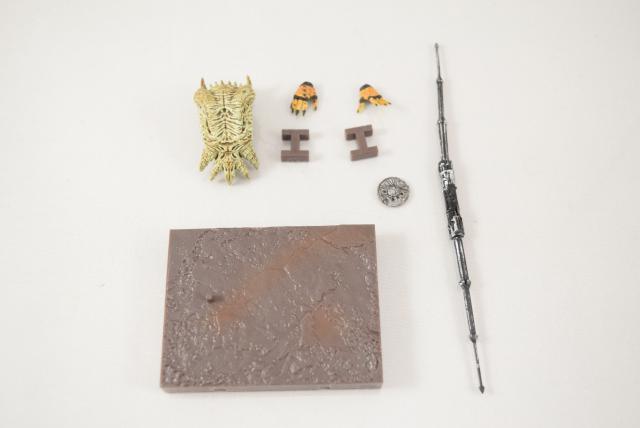 Speaking of things he comes with, the Scout comes with 2 pairs of hands (grabby hands and open hands), his pointy stick, a frisbee, a stand, and 2 stand connector pieces.

And look! His frisbee has a holster that sometimes works! 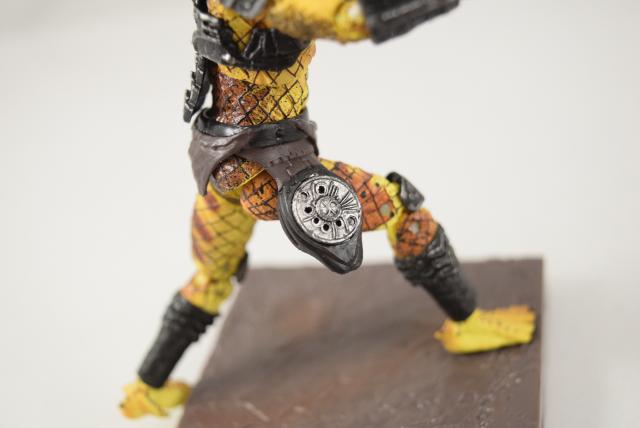 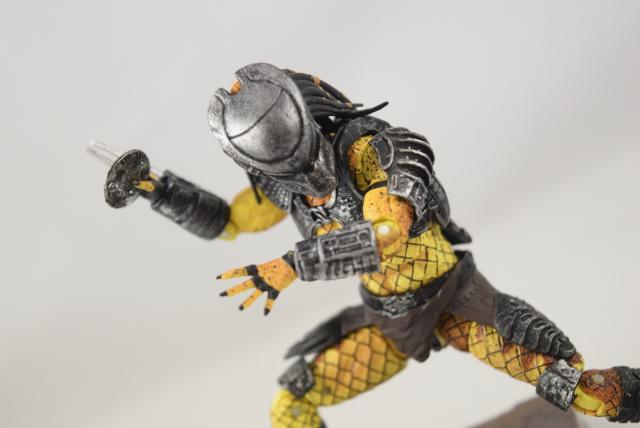 This sounds great at first, but for whatever reason I couldn't get his right open hand to pop on. I think the hole was too small. Even boiling it didn't help. I'm not sure if it's just an issue on mine or if they are all like that, but it's something to look out for. 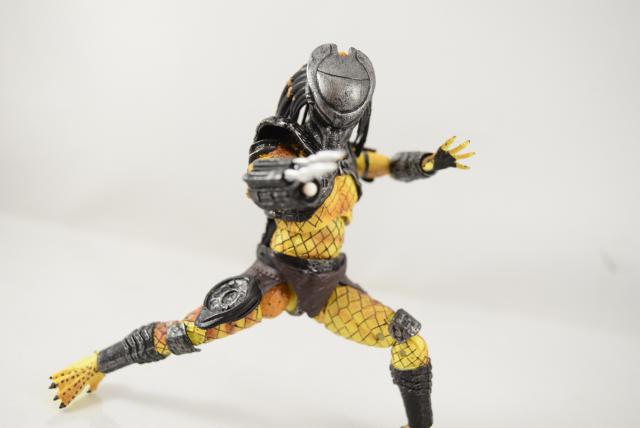 So, what can I say? This toy definitely didn't spark joy. And since Scout isn't really an iconic character from the movie, I'd definitely pass on him unless you need to own every version of the Predator out there. 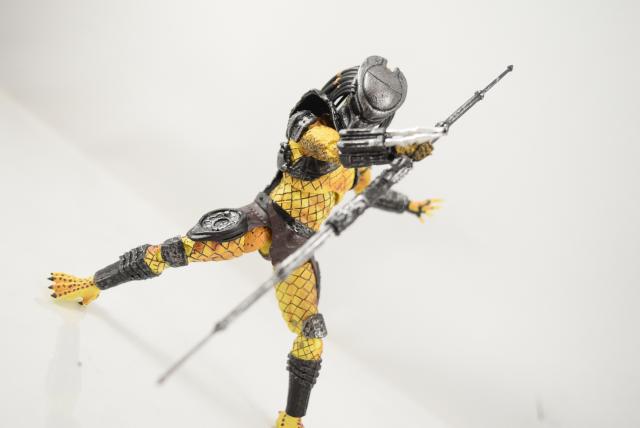 I'd spend your money elsewhere.