The Monster from Frankenstein Meets the Wolf Man

The fifth entry in the Frankenstein series is the seminal monster bash "Frankenstein Meets The Wolf Man". This was the first of Universal Studios horror movies to team up more than one monster. In the previous Ghost Of Frankenstein the monster was played by Lon Chaney, Jr. Since he would be required here to play the part of his signature role, the Wolf Man, a different actor would be needed (although Chaney is known to have boasted of playing both roles!). The part would go to horror legend Bela Lugosi, who had once turned down the role in the original film.

The movie is generally regarded as the poorest in the series and I won't argue the point. It's lapses in continuity are quite hard to overlook. Some of that can be attributed to missing scenes (the most famous of which reveals the monster is blind, resulting in his awkward movement, that was edited out for some reason), but others seem to just be carelessness. Still, all in all, it's good fun. Chaney's tortured Larry Talbot is always a treat and there is the famous "Festival of the New Wine" scene, which has the only musical number in the whole series.

But enough about the movie, what about the Sideshow release of the monster from this film? Well, it's another nice figure but is really the first on the series to be almost too similar to it's predecessor. All the clothes are the same as are the hands, though they have a slighly cleaner looking paint job. The only different thing is the sculpt of the head. It's very well done and captures the essence of Lugosi's monster beautifully. 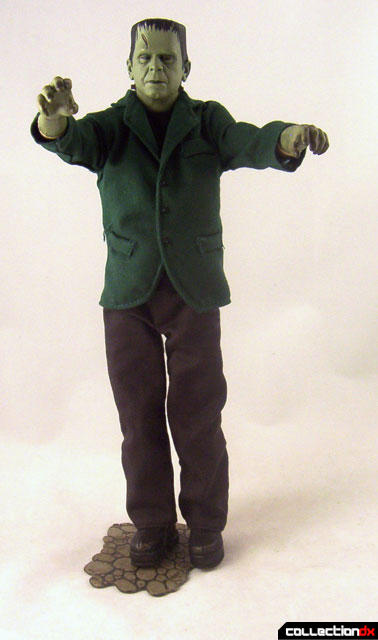 Accessories include the standard base, a large book of "The Secrets of Life And Death" by Dr. Ludwig Frankenstein, a bundle of dynamite and a large wooden log. 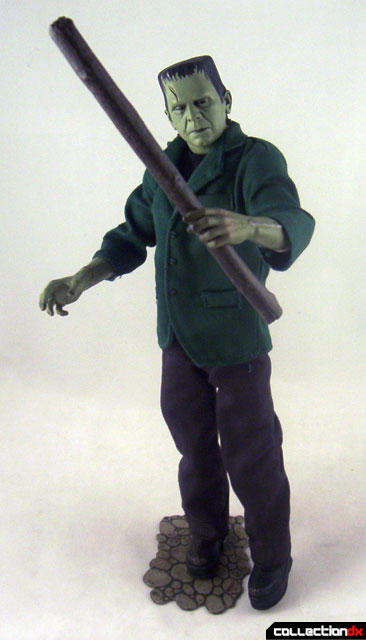 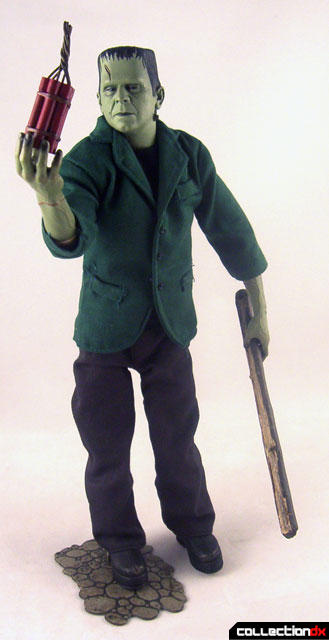 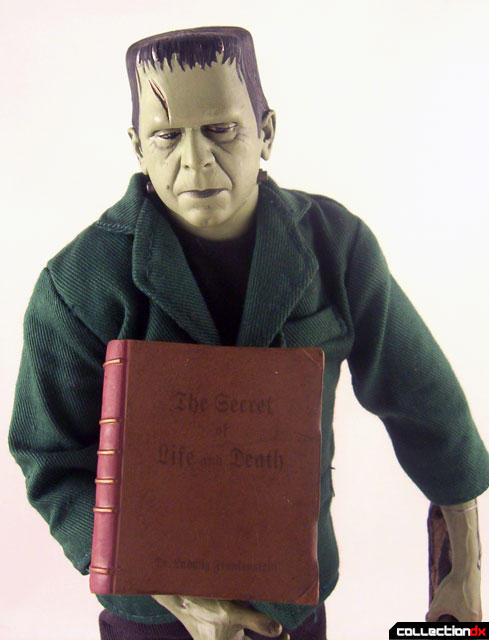 This figure is still worthy of your Frankenstein or classic monster collection, but I suppose if you aren't a completist you could also live without it. While Universal tried something different after 4 releases, it sort of makes you wish Sideshow had done the same. Perhaps something like a set of the Frankenstein Monster AND the Wolf Man to commemorate the movie would have been cool. It would have resulted in a higher price, but would have had some appeal. Of course, the flip side to that argument is what about the next film, House Of Frankenstein? It wouldn't likely be practical to release a set of all the monsters from that movie too! I suppose they did the right thing. But I just worry that at this point only the most diehard monster fans would continue buying the same character over and over. Fortunately, there is a 12" Wolf Man so you can still re-enact this classic meeting of monsters! 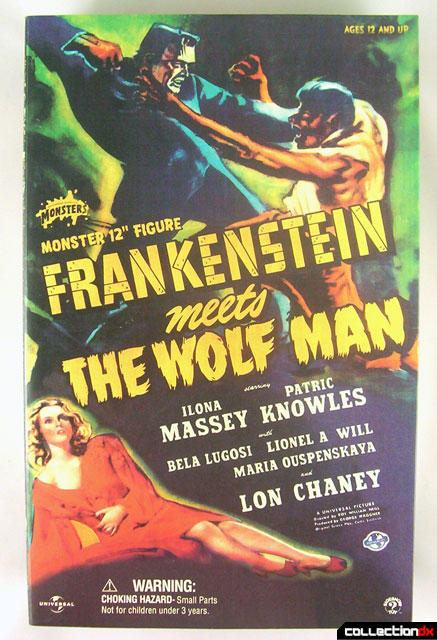 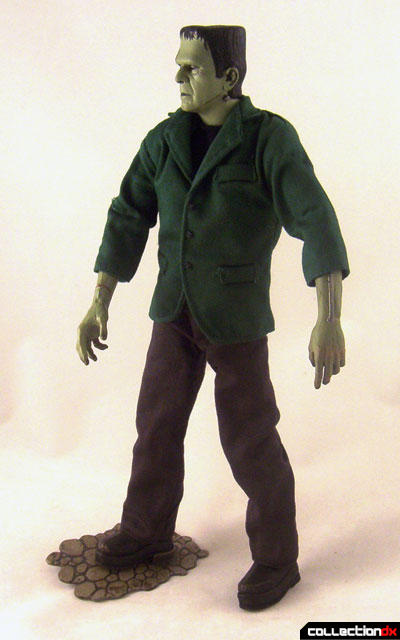 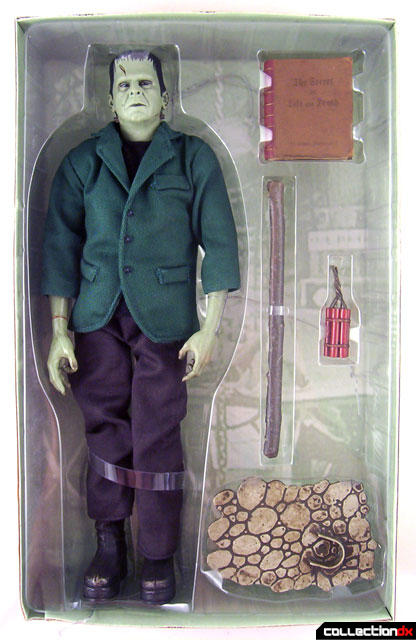 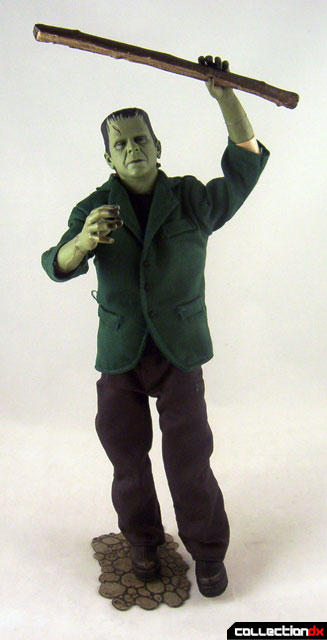 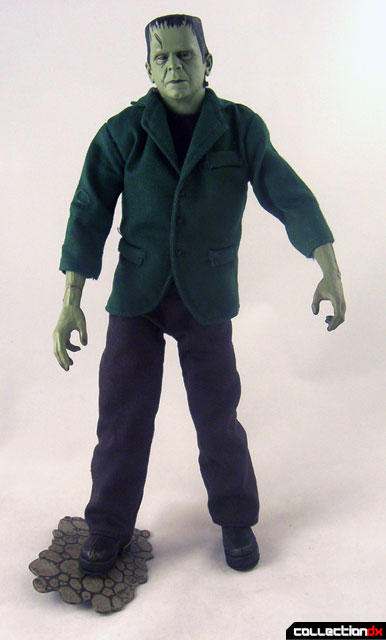 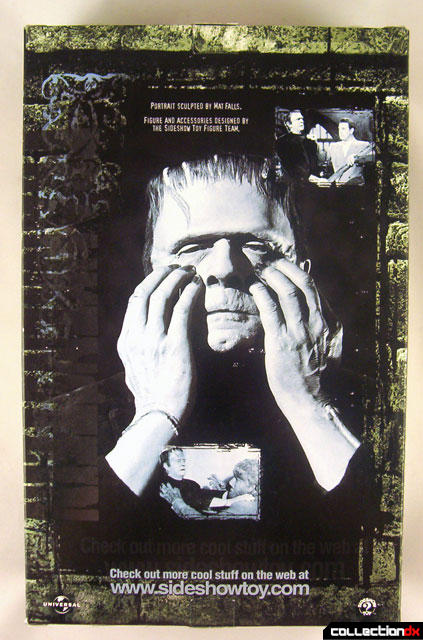 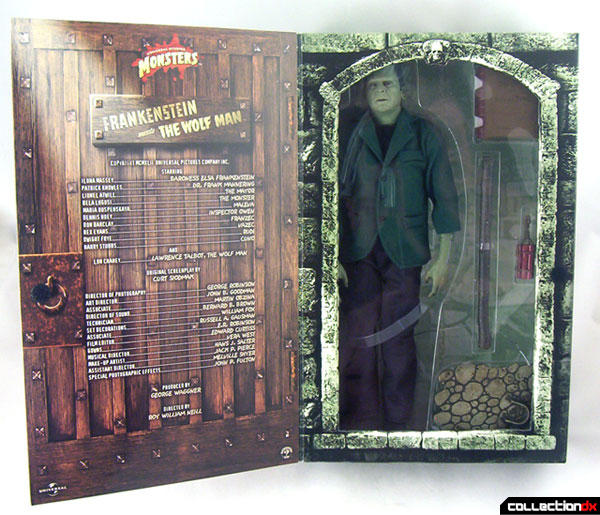 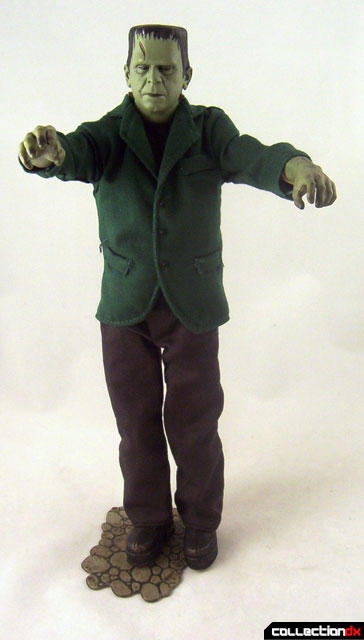