This Shadow Stormtrooper figure was a Gamestop Gaming Greats exclusive, which means it was 5 bucks more expensive than regular Black Series figures at the time. He hails from The Force Unleashed. 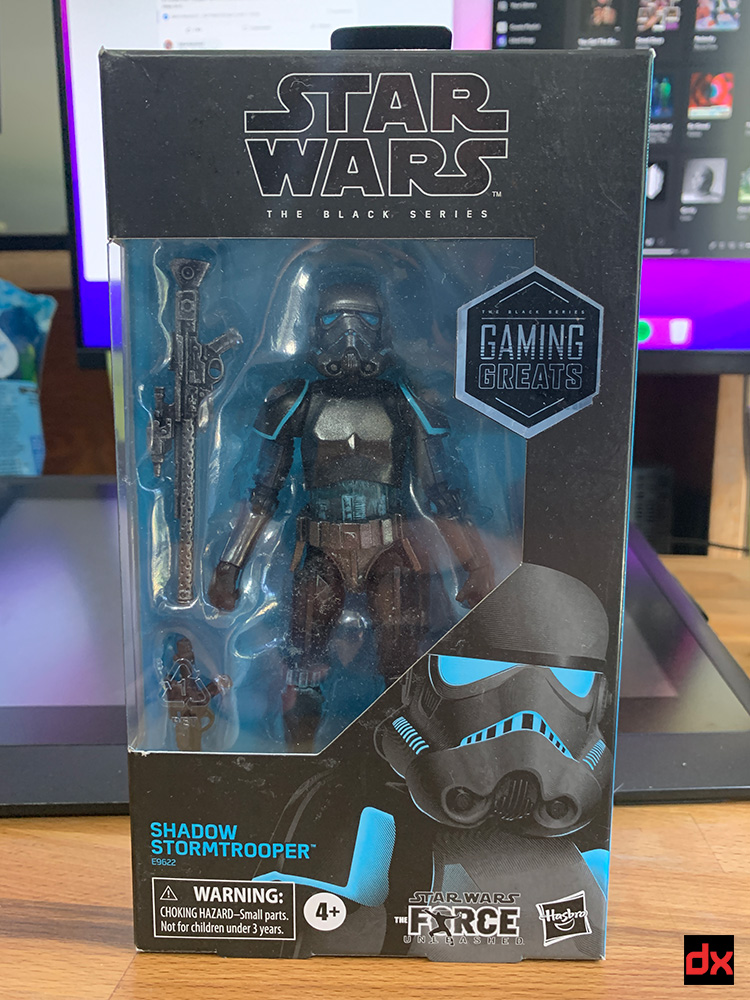 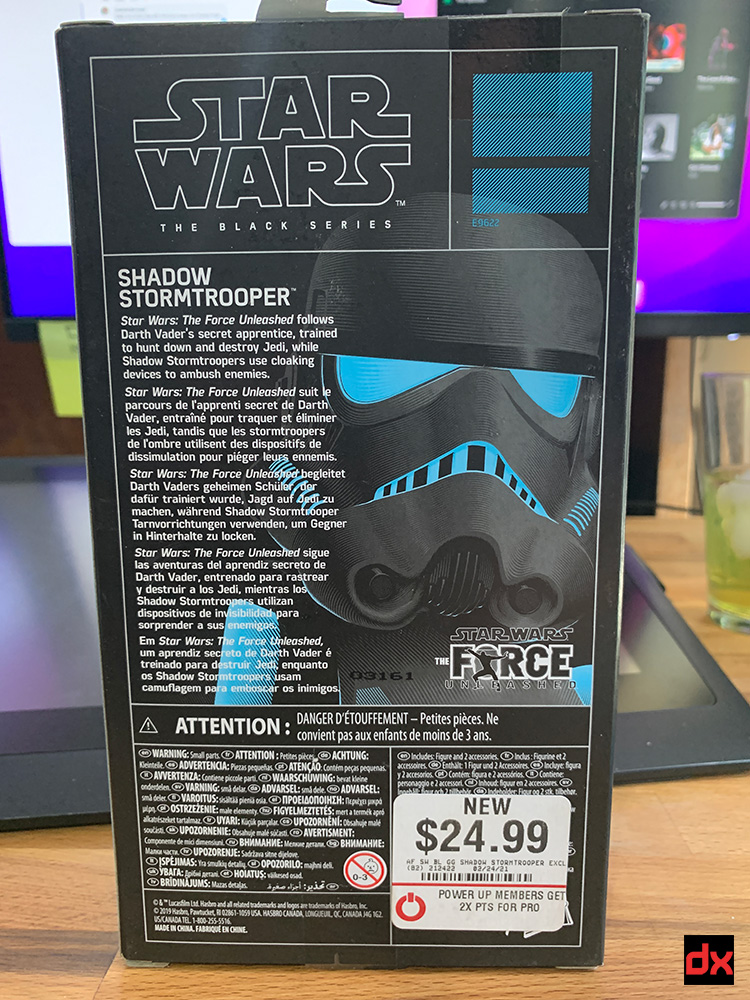 Traditionally, Shadow Stormtroopers are just Stormtroopers with black armor. But in the game, they have a sort of cloaking device, so the figure here is depicted mid-cloaking with some clear parts. It looks VERY cool but it is based on the earlier Stormtrooper sculpt so all the issues and inaccuracies you get with that you get with this. 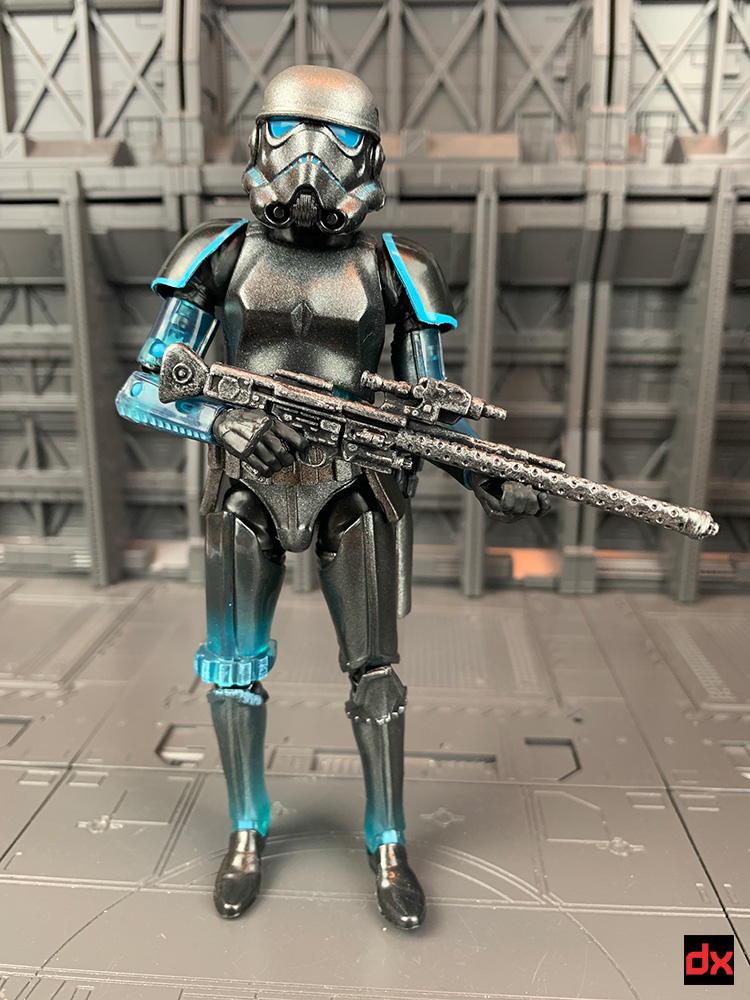 The figure comes with two weapons - an E-11 Blaster and a DLT-20 Rifle, the latter having nice weathering. 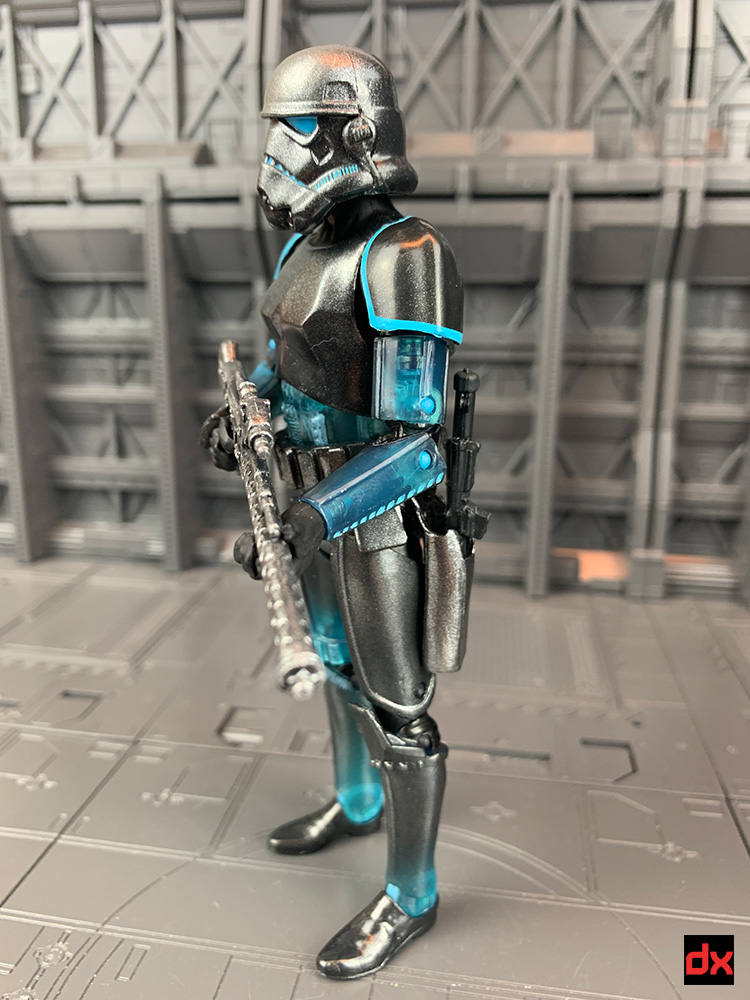 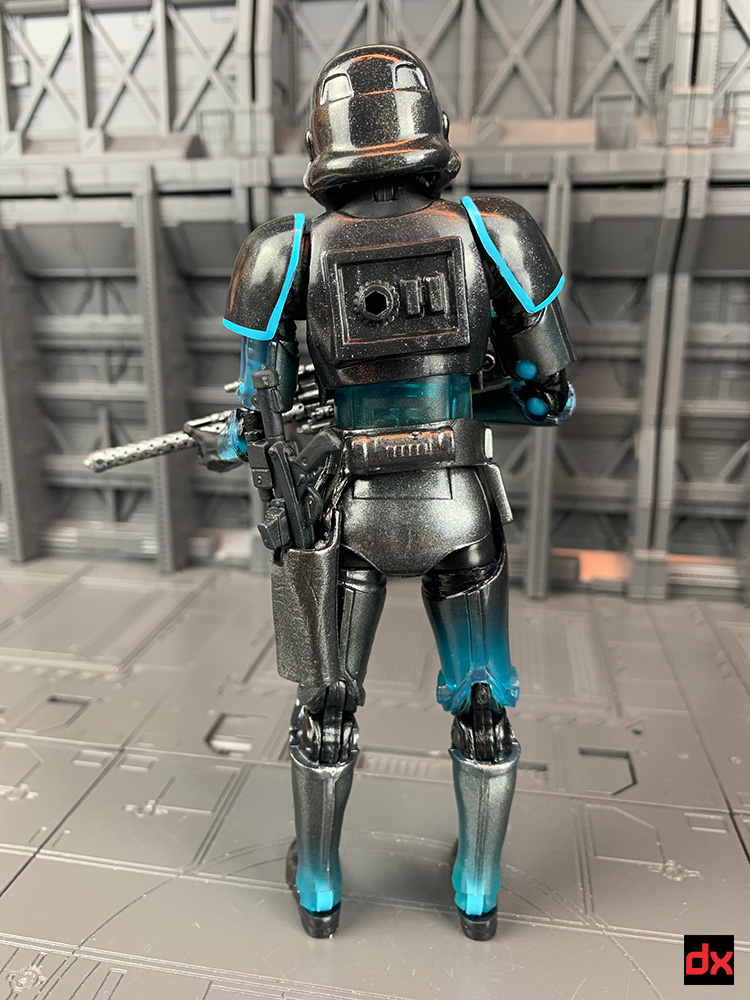 The clear blue plastic is BEAUTIFUL but it is a bit gummy. It's less firm than the regular plastics used on these figures. 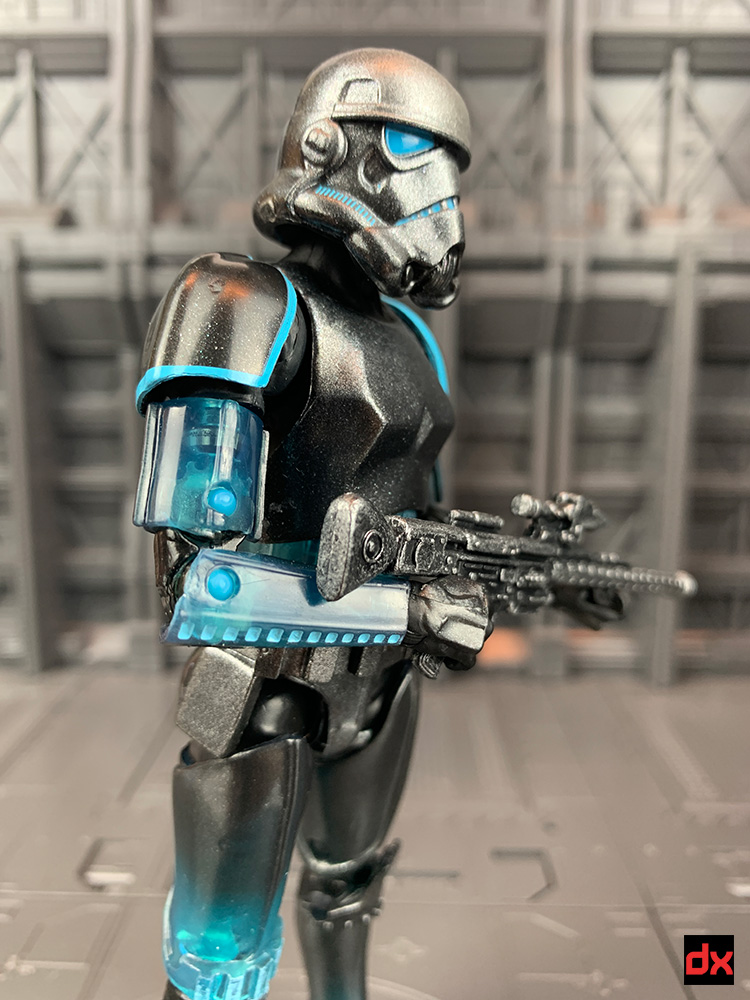 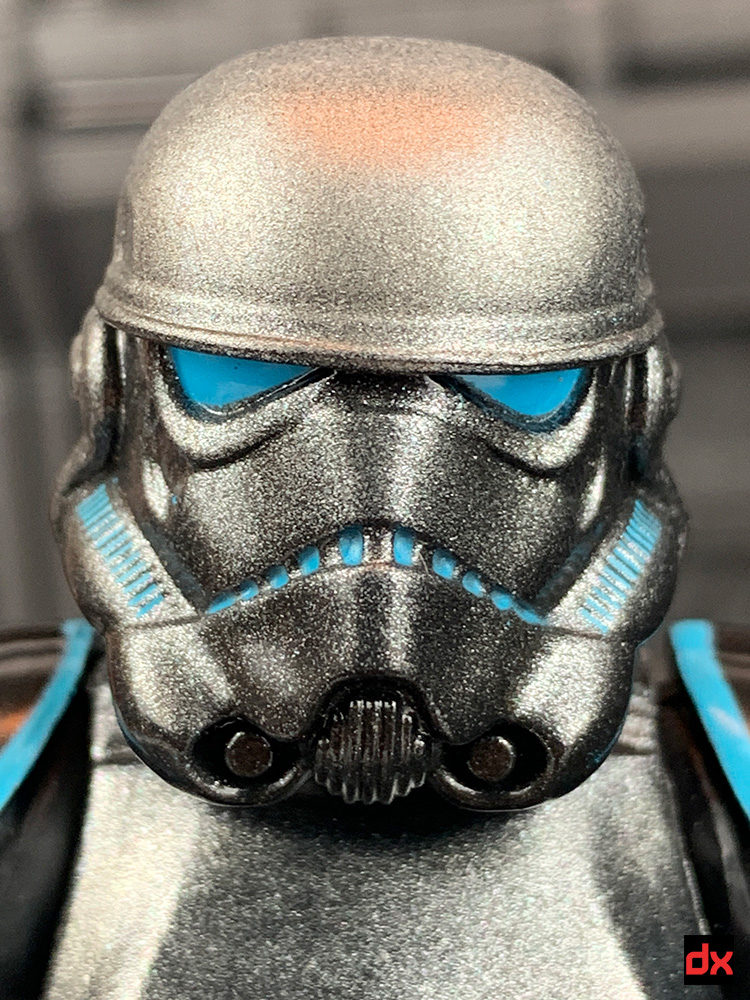 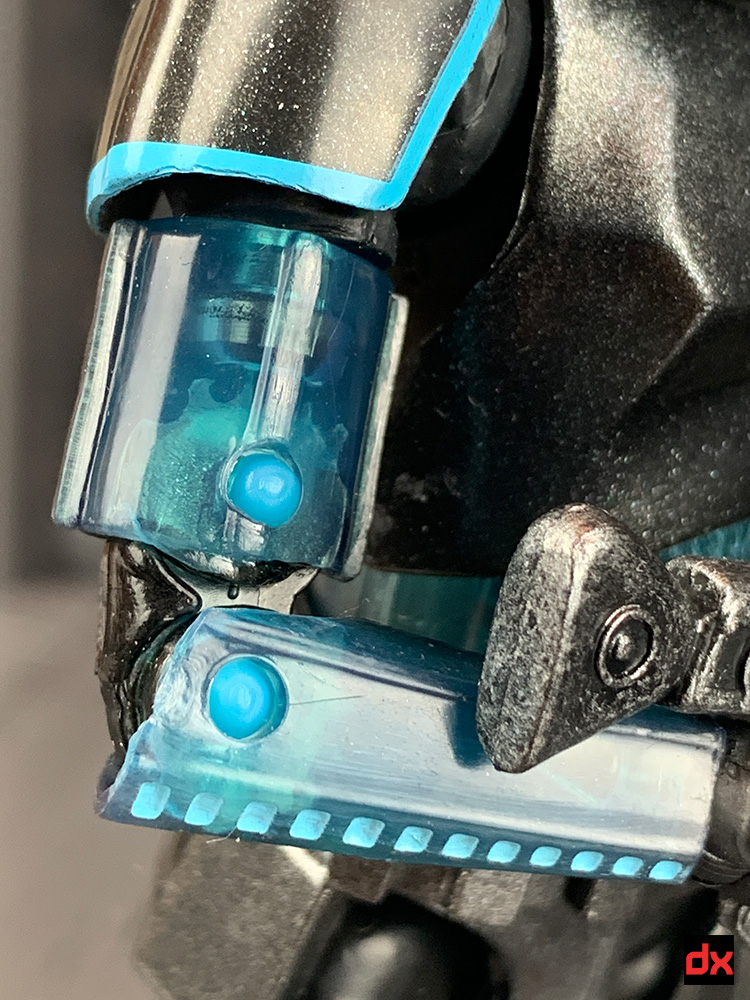 The combination of black, translucent blue, and metallic silver paint is just magical. 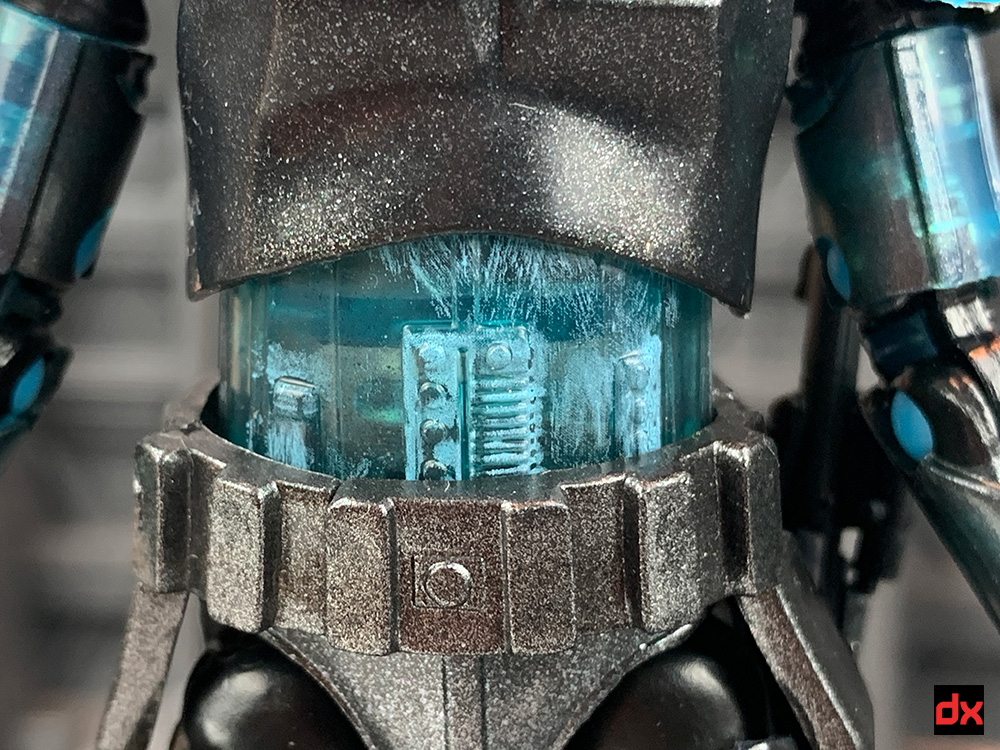 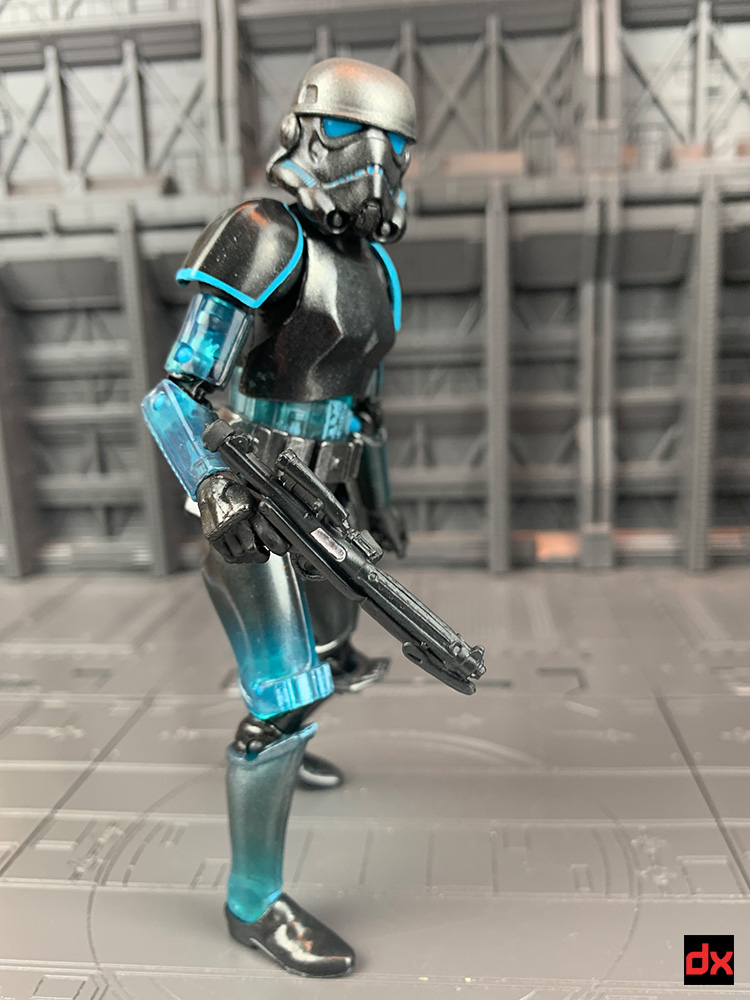 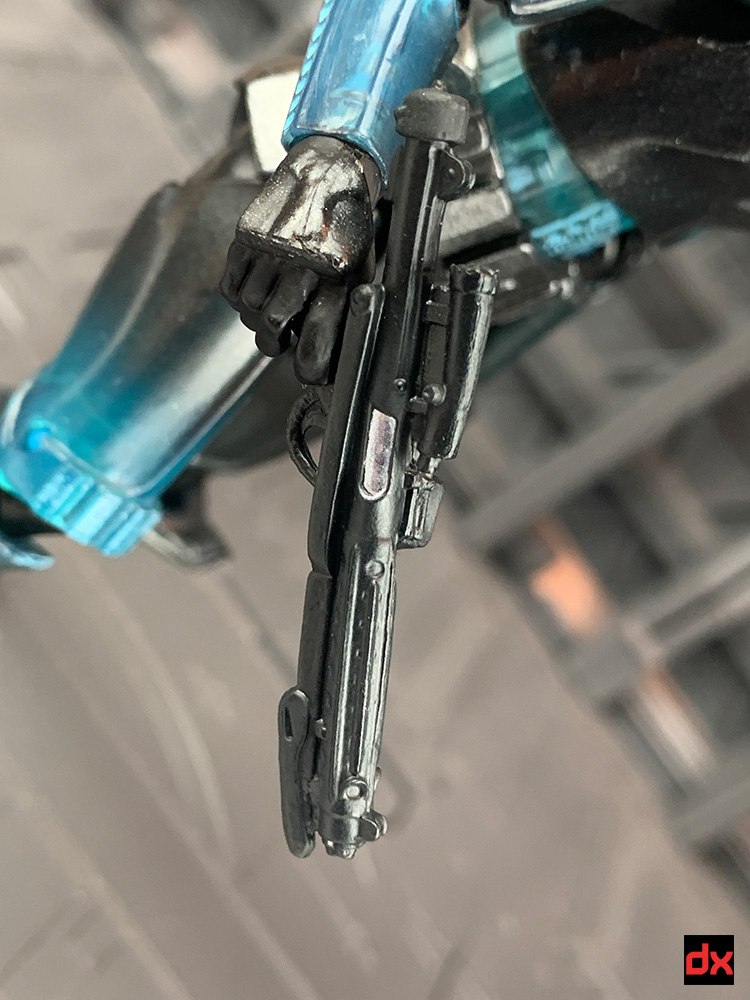 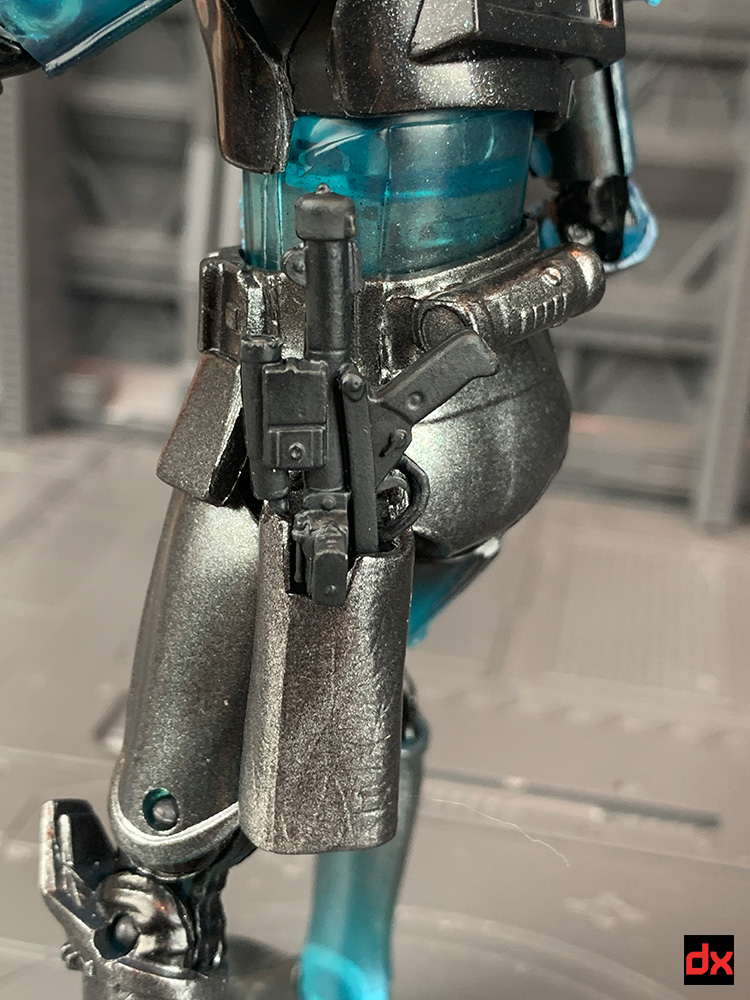 It's just so beautiful. I've never even played the game and I don't care.