Adventure Kartel is another line of Ashley Wood-designed characters.  There is no real story yet, but the figures have all been awesome.  I guess the Adventure Kartel goes around and has, uh, adventures?  Right now it’s wide open, but there are some comics in the pipe.  The AK world is full of zombies and evil masterminds and fantastical elements.  Jesus Christ is even a member of the Kartel, and looks like he belongs at a hard rock concert.  Tommy Mission is the ‘Emo of Adventure’ and the son of Bleak Mission, leader of the Kartel. 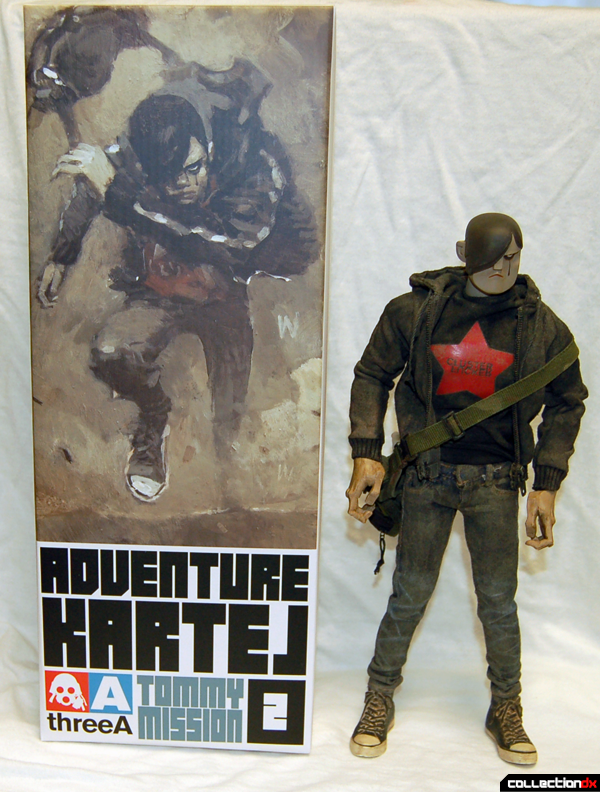 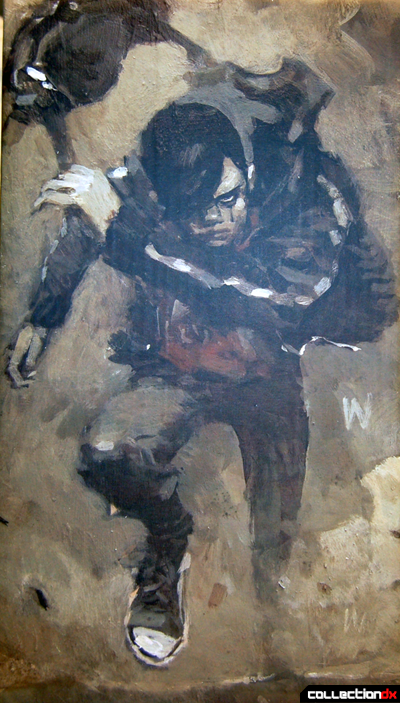 The box is standard 3A fare with a bold, simple design and an Ashley Wood painted front and back.  The figure is nestled inside in a vacuum tray with a folded up comic poster. 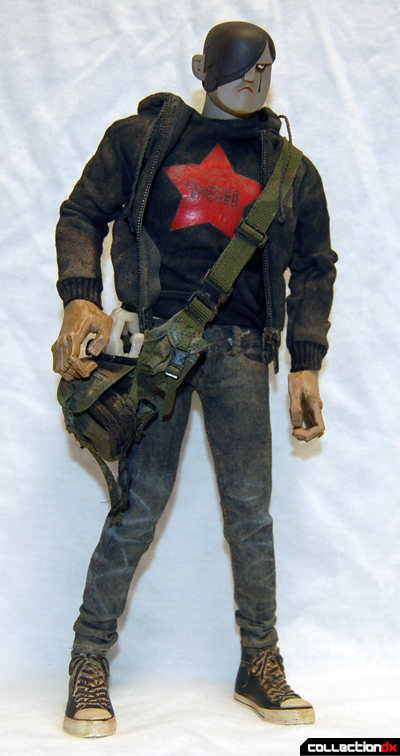 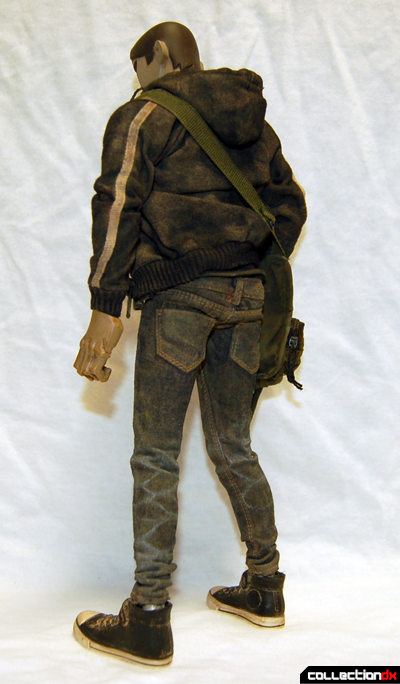 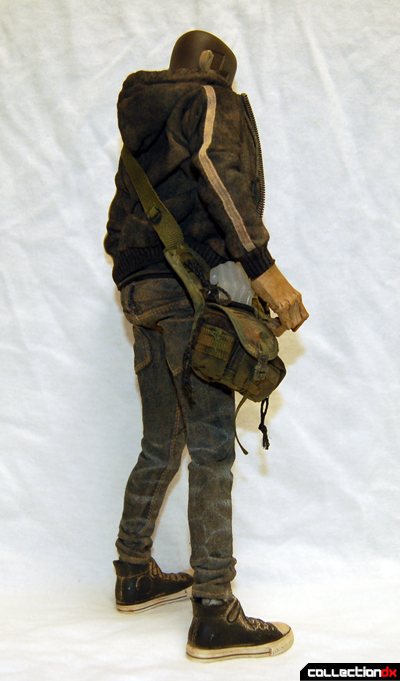 Tommy stands twelve inches tall and is decked out in good standard emo wear.  When I saw he teaser pics of the character I thought it looked like something out of Gerard Way’s paintings, the front man of My Chemical Romance, one of my favorite bands, so I knew it was right up my alley. 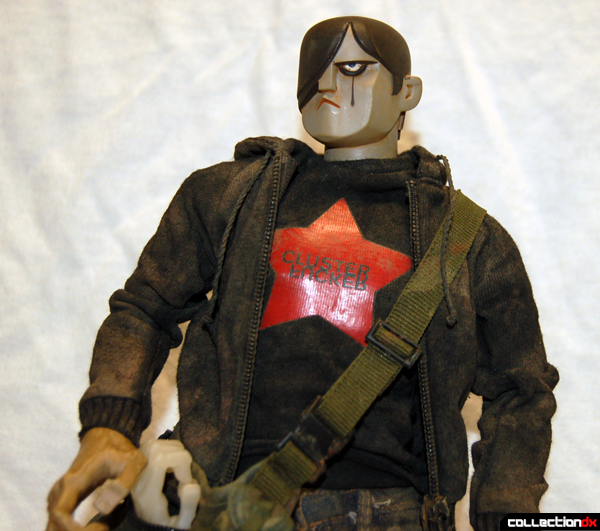 Tommy feature one of a number of  printed Kartel-universe band tees, a standard-issue emo hoodie (that does zipper) and messenger bag, Converse sneakers, and one of the tightest fitting pairs of jeans on a 1/6 scale figure (I can think of one figure with tighter paints, the much later released Little Shadow, Tommy’s girlfriend, who we’ll get to another time). 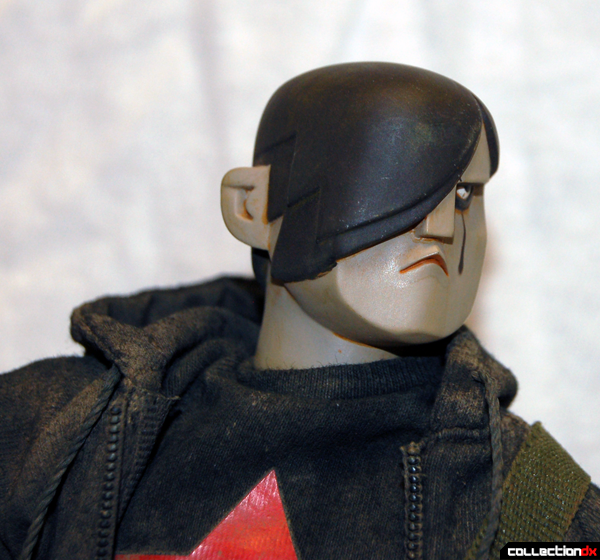 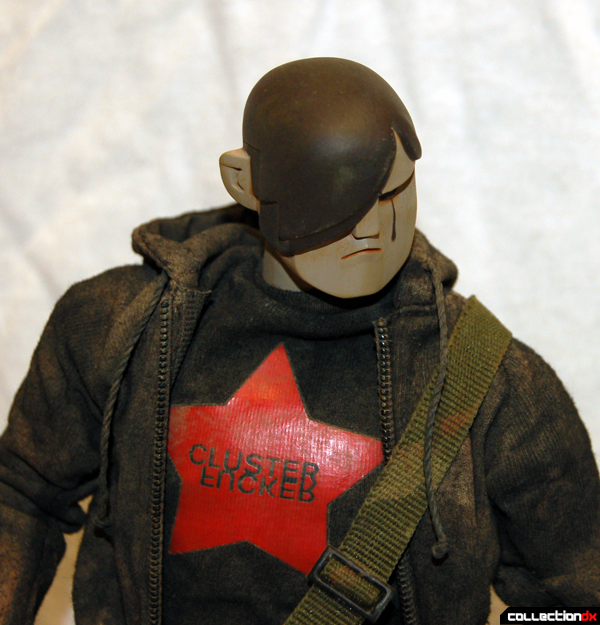 Tommy’s headsculpt is blocky and comic book-ey, as are the hands.  The decision to avoid ‘lifelike’ sculpts makes the 3A character toys that much more distinct to me, and I really like how they look. 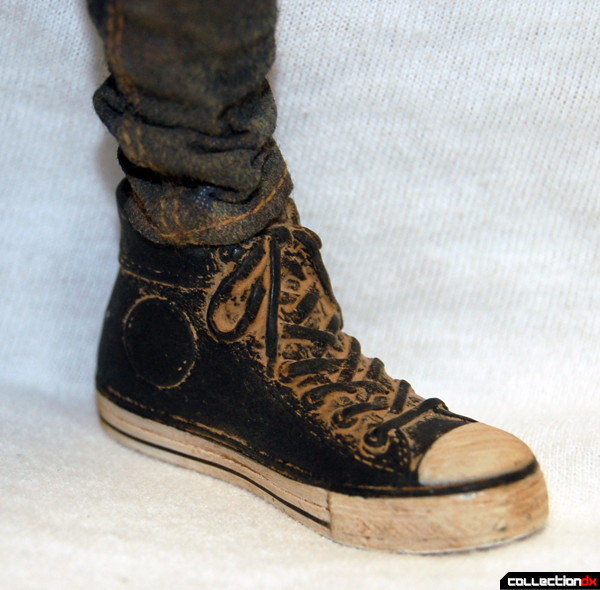 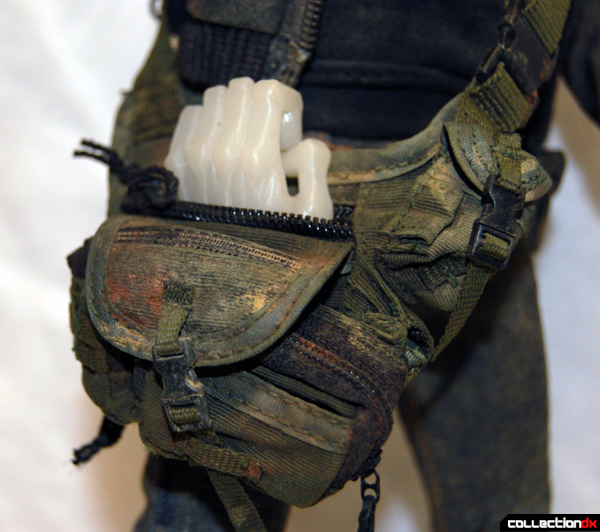 The whole figure is finished and weathered in the 3A style and looks awesome.  Tommy has clearly been through some chop. 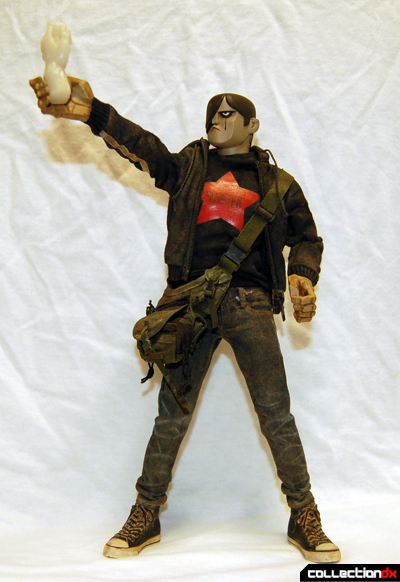 Tommy also comes with an artifact called the Hand of Fate, which glows in the dark.  Maybe the Hand protects Tommy from Zombs? 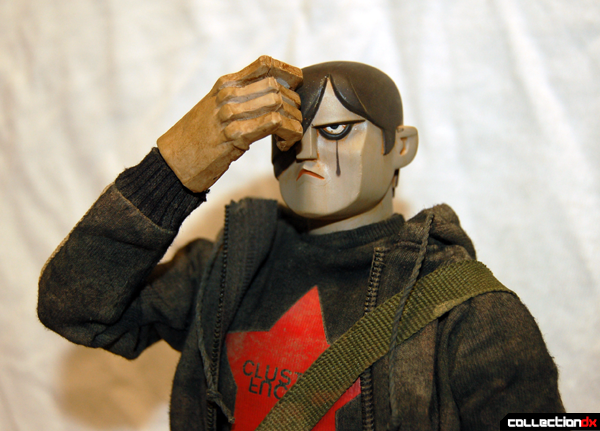 The finish on the costume is really outstanding, separating this from a weird, offbeat toy to a really fantastic ‘artsy’ release.  Like all 3A figures, Tommy is build on a body that significantly resembles the Hot toys True Type body, meaning that it is supremely posable and lifelike. 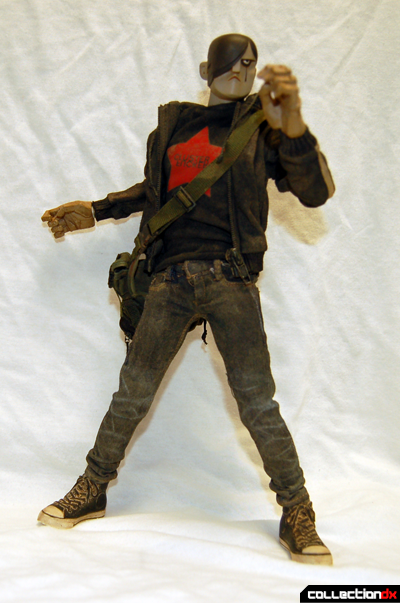 Even with the skinny jeans, Tommy can move! 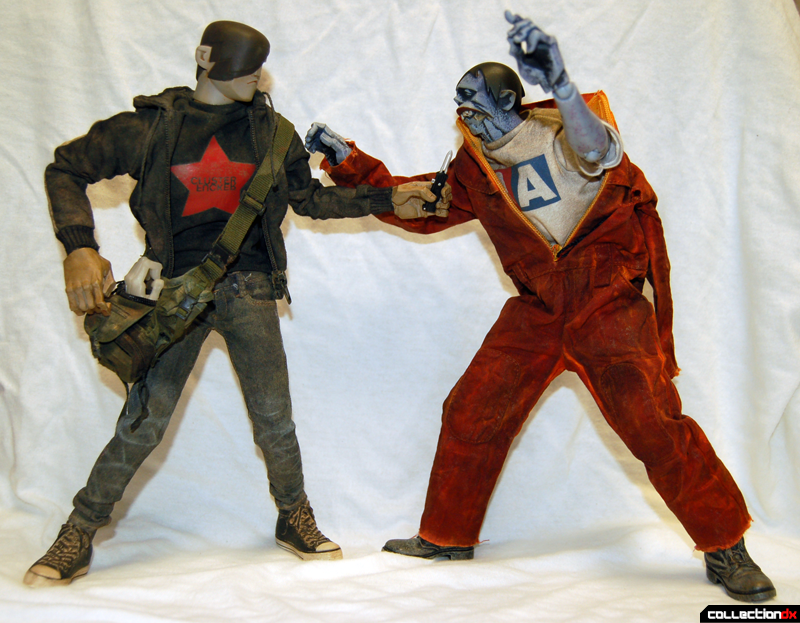 I bought a 1/6 switchblade from another figure to give to Tommy, as it seemed like the appropriate weapon for him.  Now Tommy can fully defend himself from Zombs, and the quality and style of 3A figures really become apparent when you get more than one of them together. 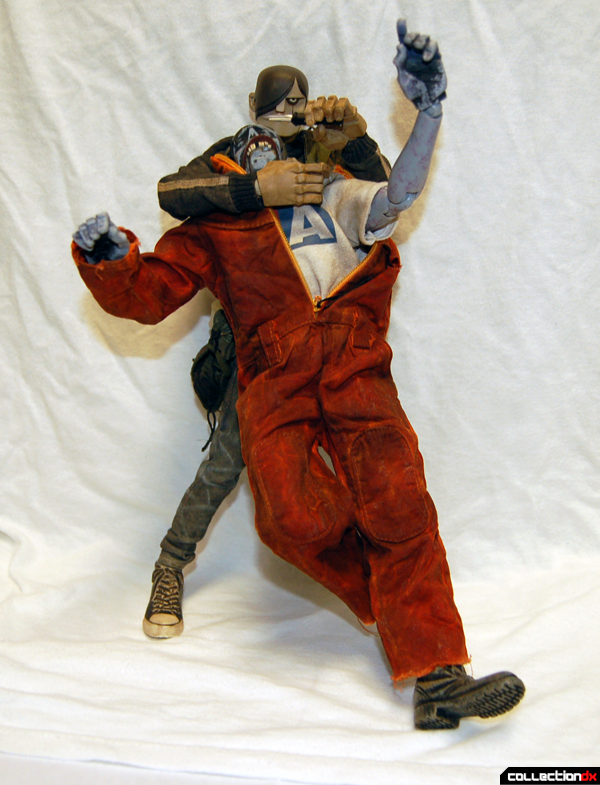 I realize Tommy Mission is a much more niche toy than the robots, but I love it.  Ash designed a really flavorful character and ran with it, something many other designers are less committed to.  Tommy looks good kicking butt(maybe to Moss Icon) or kicking back, probably reciting The Cure lyrics while waiting for me to review his girlfriend.