At this point, most Soul of Chogokin releases are out of my price range. I know at one time we were renown for our SOC reviews, but money dries up and tastes change. It's been a bit since I picked up a recent SOC, but when I saw this damage box GX-89 Gamilas Ship on Mandarake for cheap, I had to pull the trigger.

This version of the Gamilas ship comes from the Yamato 2202 anime, which I have not seen. But it reminds me enough of the classic ship that it'll do.

The box is fine, but small. It does not bode well for the size of the ship. 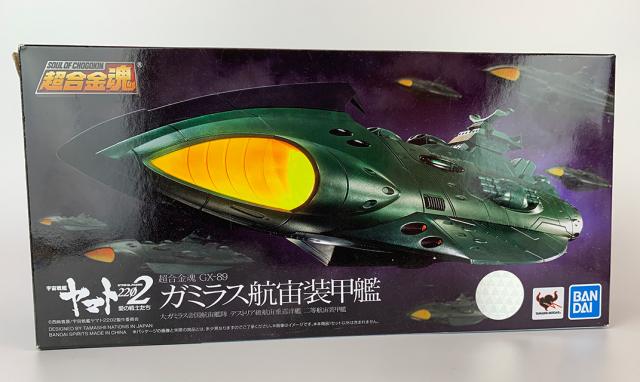 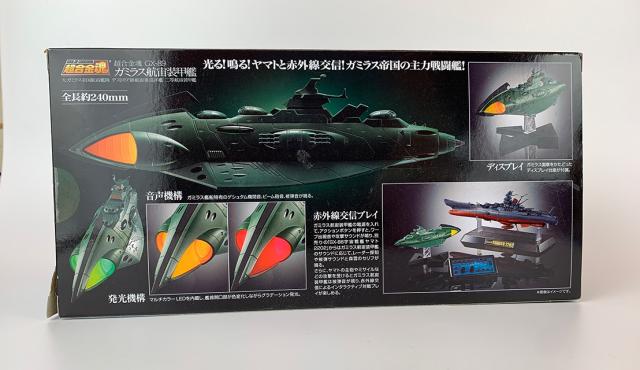 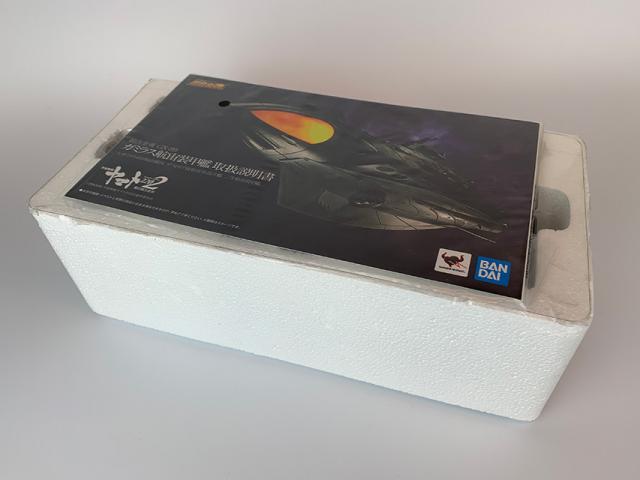 The main gimmick here is the interactivity with the most recent Soul of Chogokin Yamato (which I do not have). Apparently, you can pair them and have an electronic lights and sound battle, which is pretty cool. You may want to check out this video to see it in action. 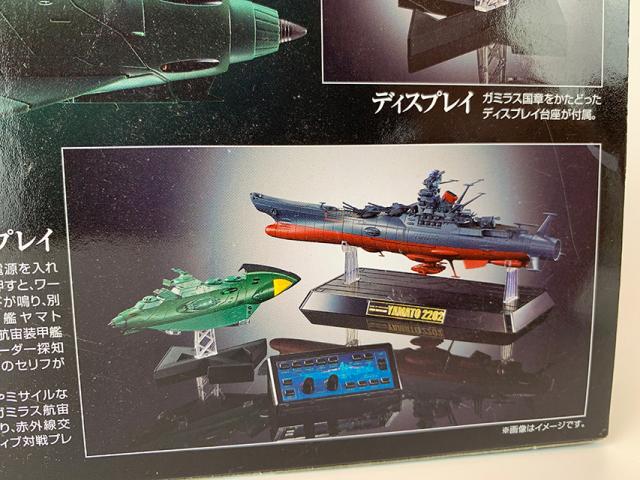 As a toy, it's basically a desk model. It does not do a lot. To insert the batteries, you need to pry open the panel on the bottom, and then unscrew the battery cover. The toy requires 2 AAA batteries, not included. With the cover off, you also have access to the 3-position power switch. The middle switch is the off position, but the other two seem to do the same thing. I think one is for standalone operation, and the other for the interactive operation, but again, no idea. 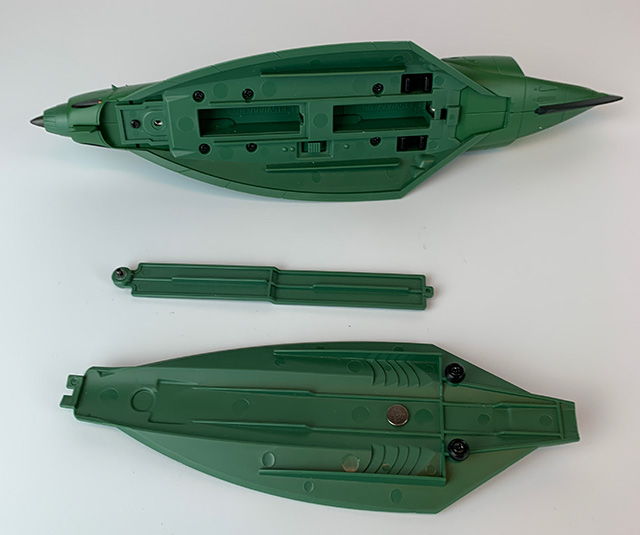 The ship is 9 3/4 inches long, and the entire center body is made out of diecast metal, giving it a decent heft. 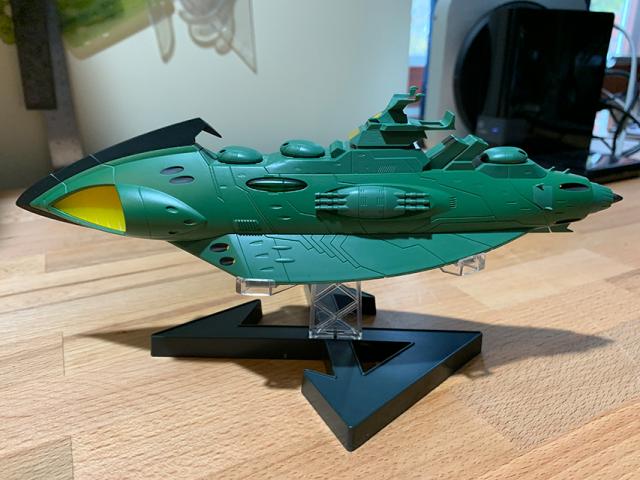 The only movement on the ship is the cannons on top, and they are very tight. 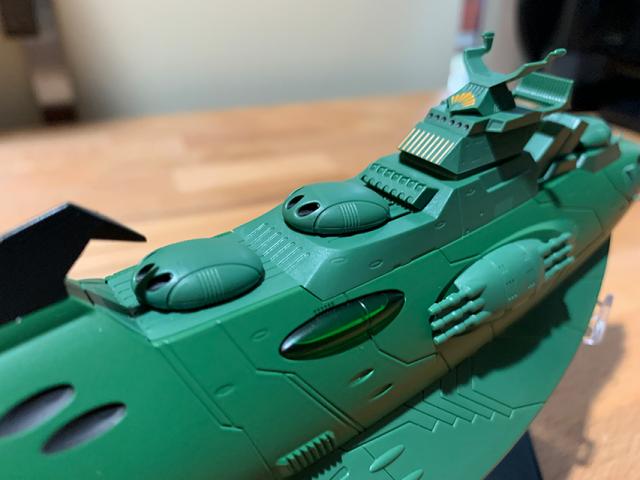 The front sections light up with rotating light colors and sounds. This is activated by pressing the exhaust ports on the back. A second press activates a weapon fire, and a long press activates the sound of an impact. A second long press gives a longer impact sound, and then shuts it all off.

The lights are great, but it would have been cool if the bridge and engines lit up too. 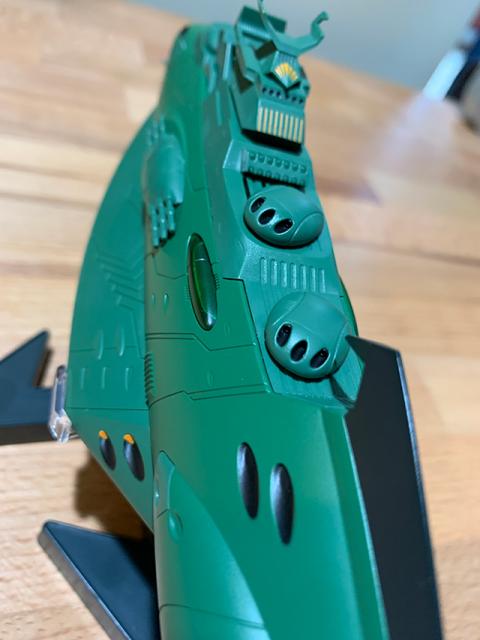 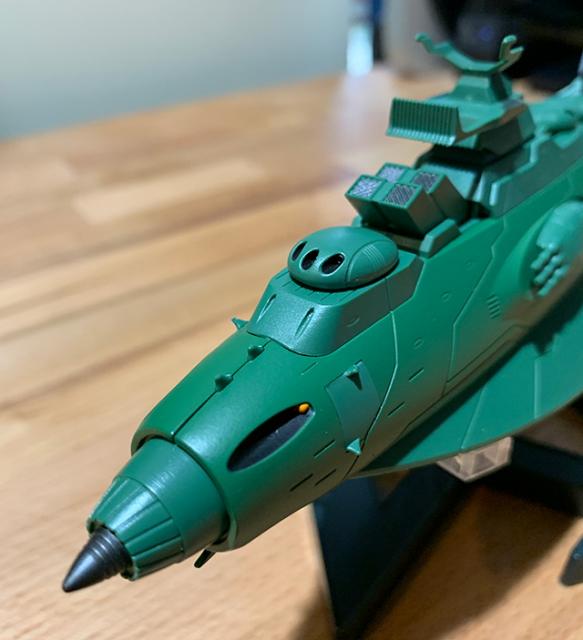 The stand is the Gamilas logo, with a clear attachment that fits snugly around the ship. 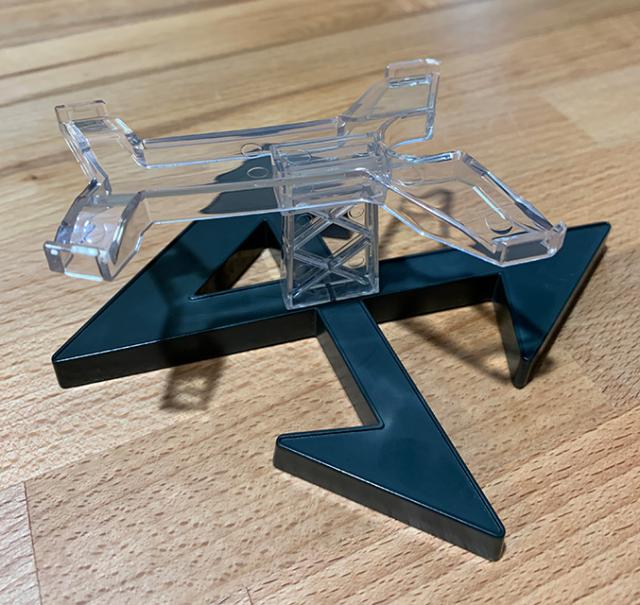 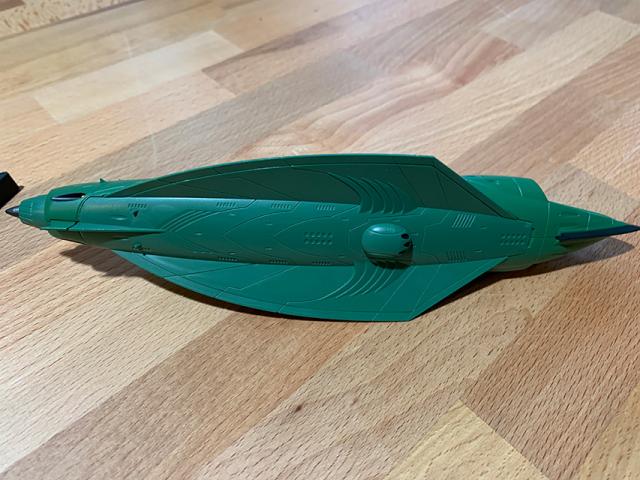 If you paid full price, and did not have the corresponding Soul of Chogokin Yamato, you might be dissapointed. But it's a nice diecast rendition of a classic Yamato enemy ship.