This toy apperas thanks to our friends at HobbyLink Japan. Head there to get yours!

Ranma ½ is one of many series created by manga superstar Rumiko Takahashi. This series tells story of a young male martial arts prodigy, Ranma Saotome, who is cursed due to his unfortunate fall into one of many magic springs in a special training ground. The curse causes Ranma to change forms when splashed with cold water; Ranma goes from black-haired bad-boy to a red-haired female version of himself. In order to change back, Ranma needs to douse himself with hot water. 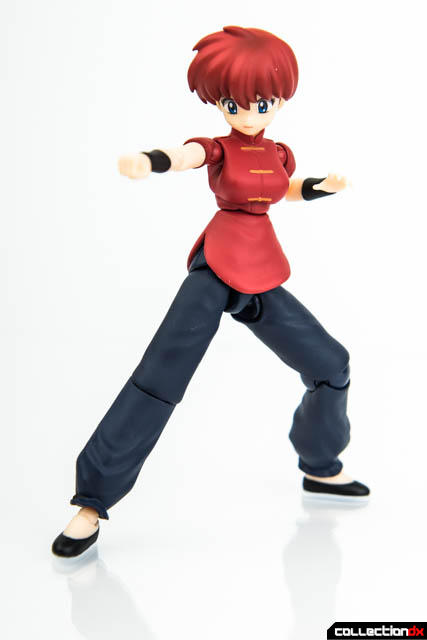 This figure looks pretty damn good. In terms of the anime S.H. Figuarts I own, I would have to say it is the best aesthetically. Bandai has done a great job at capturing Ranma’s aesthetics in toy form. 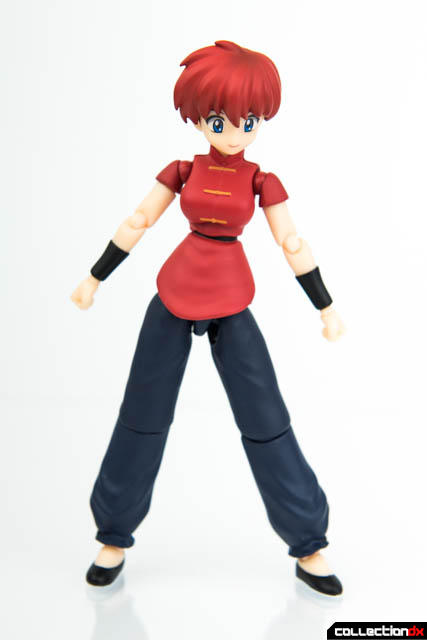 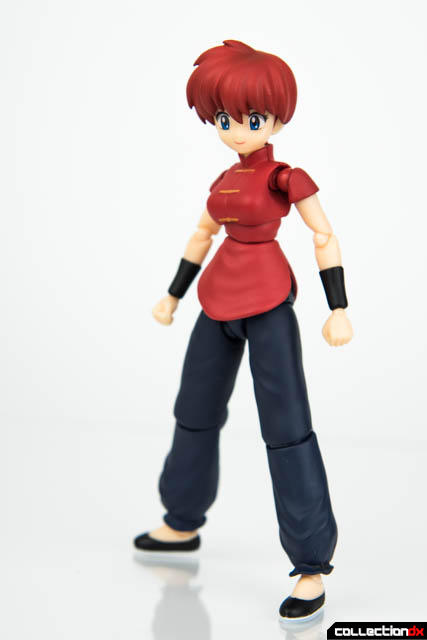 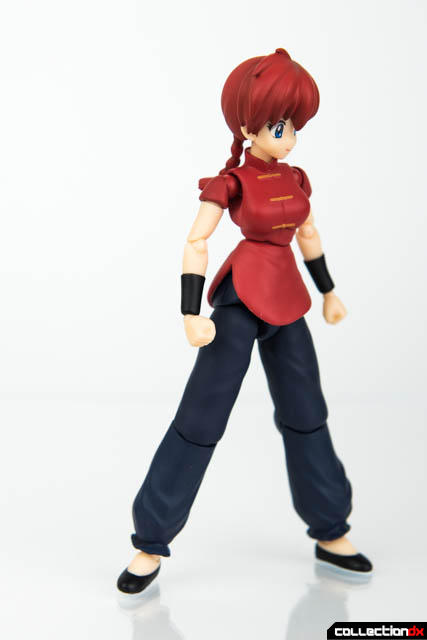 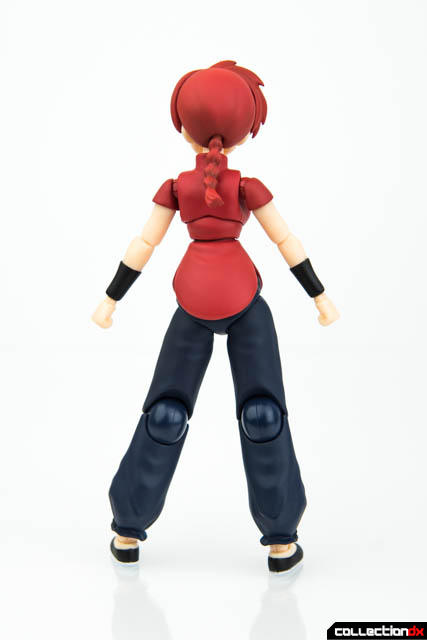 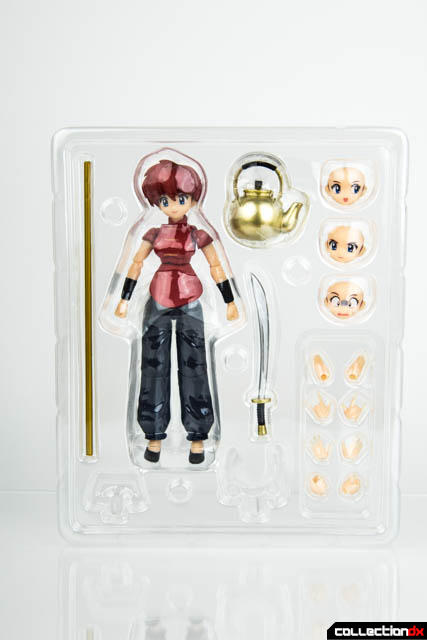 Ranma comes with a bunch of hands, several faceplates, a couple of weapons and a kettle for good measure. 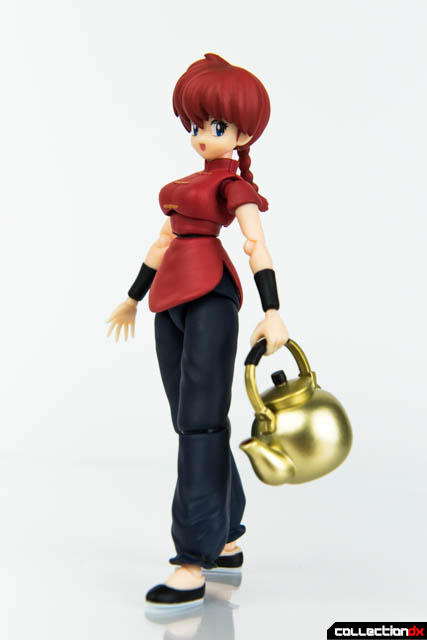 Articulation on this figure is pretty darn good. The figure could have been improved with the addition of a pull-out thigh joint, but it’s an omission that can be worked around when posing this great figure. Also worth noting, the knee joint quite a bit like the knee joints from Figmas. 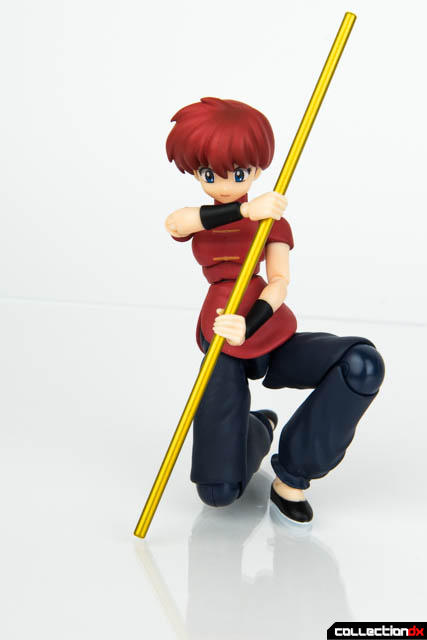 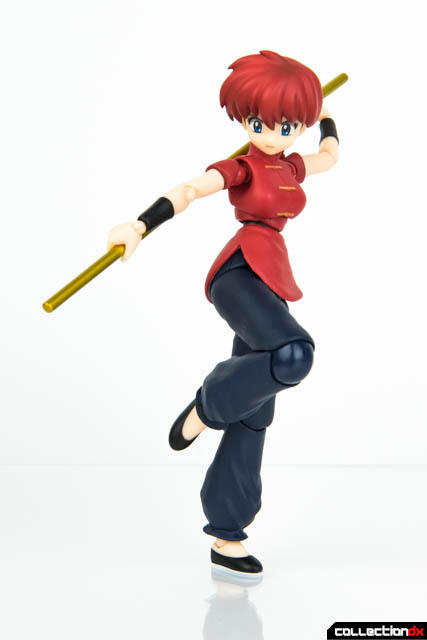 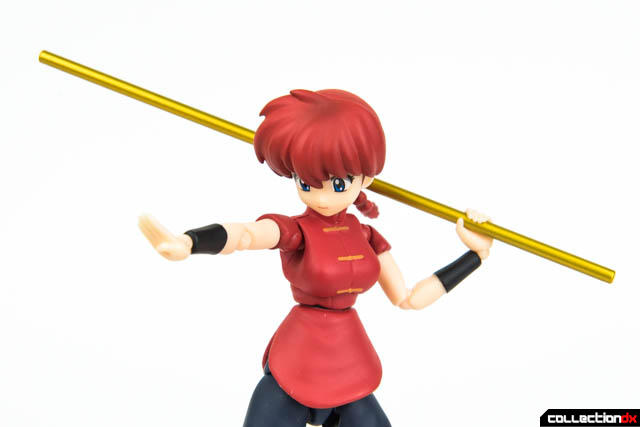 Ranma ½ is a comedy/action show that blends wacky comedy with over-the-top action for a show that is quite unique from any of Takahashi’s other series. This toy does a superb job at being able to present the character at both ends of the shows spectrum. 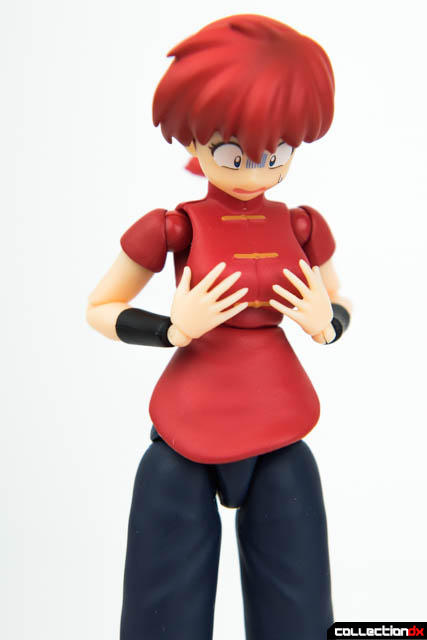 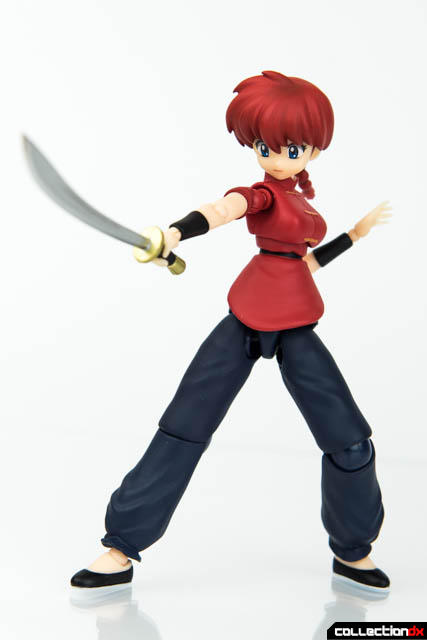 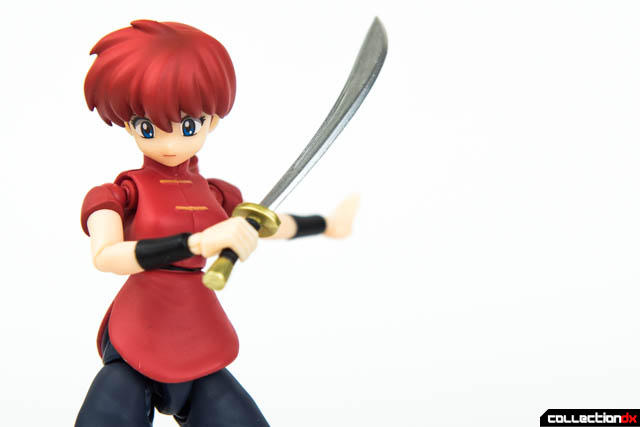 The toy stands well enough on its own. However, this toy comes with a stand to aid in you in posing this martial arts gal. 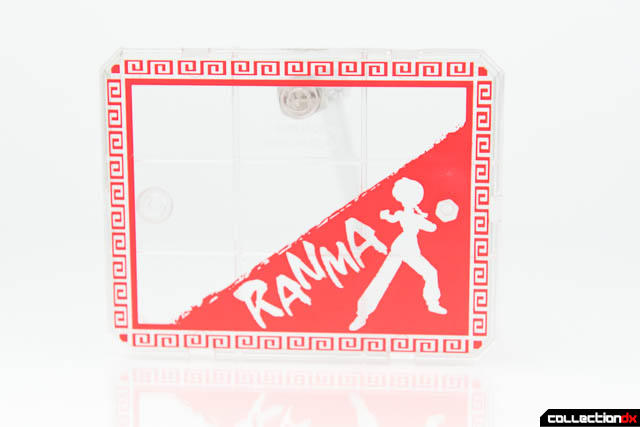 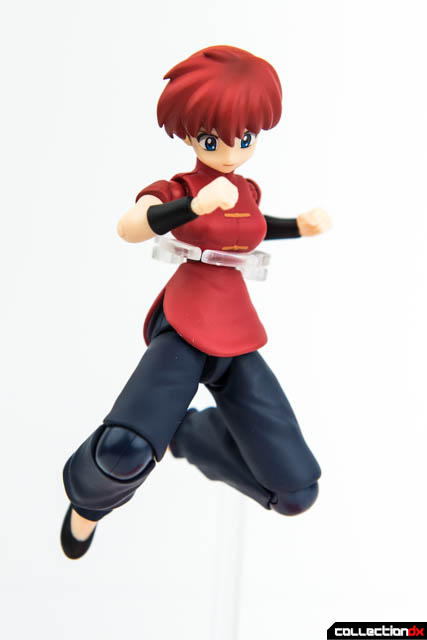 You could say Ranma isn't a cat person. 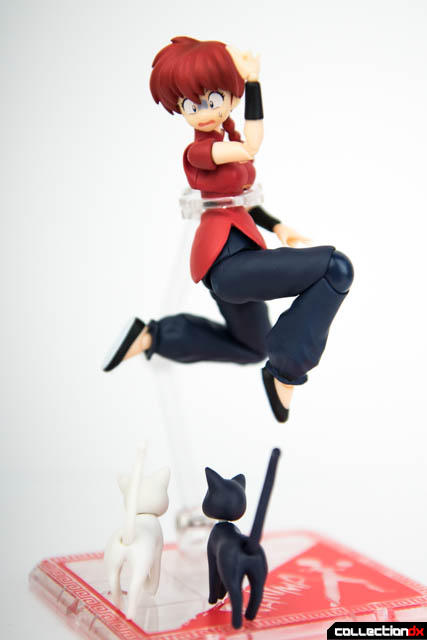 The stand can also be used to display Ranma with the “Chudon” sound effect for a comical, flying-through-the-air pose. 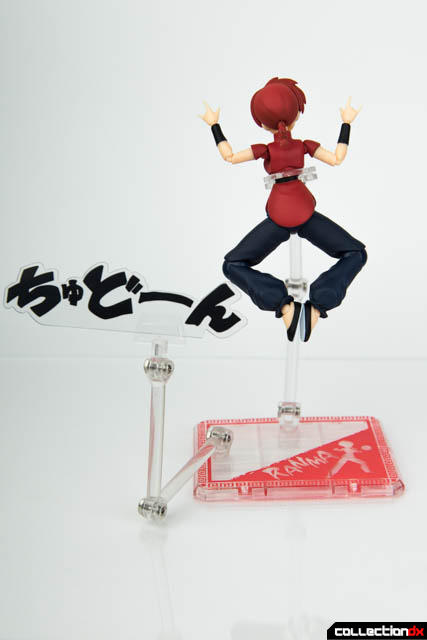 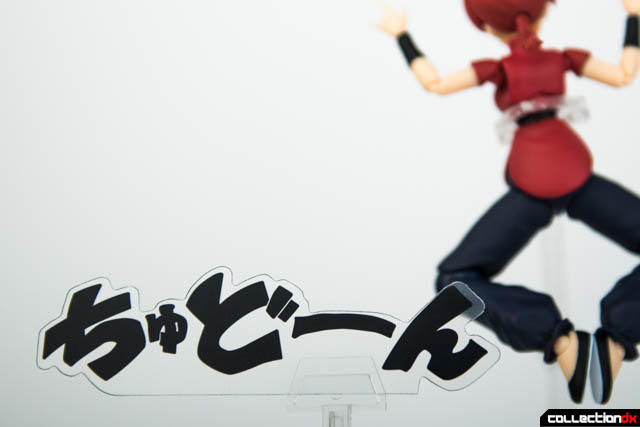 I realize that this review may be a bit short on text, but I think the pictures speak well enough for themselves to the amount of fun I had playing with this figure. This great looking, easy to pose, and well-accessorized. It could have benefited from the addition of a “screaming” faceplate so the toy could better emote in its fighting poses, but the included faceplates do a well enough job. 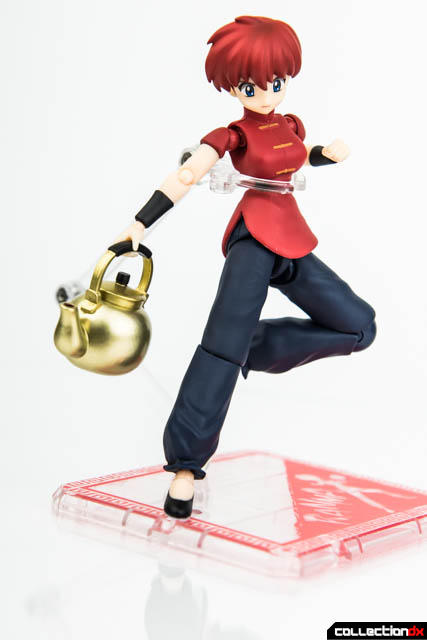 This toy apperas thanks to our friends at HobbyLink Japan. Head there to get yours!