Metal Armor Dragonar was Sunrise’s attempt to recreate the success of Gundam without having its original creator, Yoshiyuki Tomino. While the show was by no means a failure, it certainly never took off like it was intended to. The mechanical designs were originally done by Kunio Okawara, but the modern “Side MA” Robot Spirits figures are adapted from Masami Obari’s re-imaginings used for the show’s opening credits. Today we’ll be taking a look at the Stark Deins, a rival mecha released as a Tamashii Web exclusive. 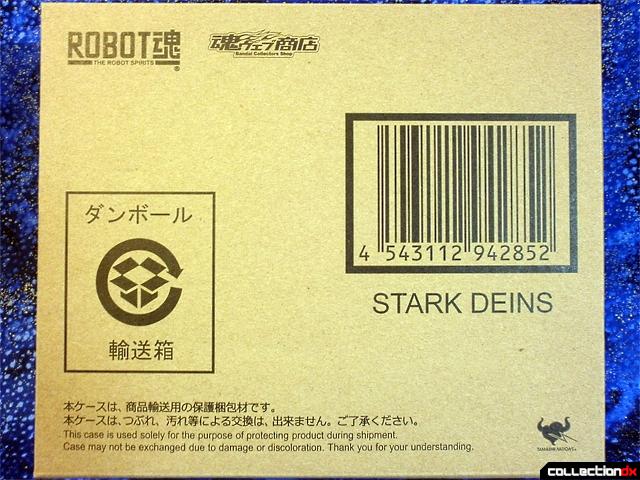 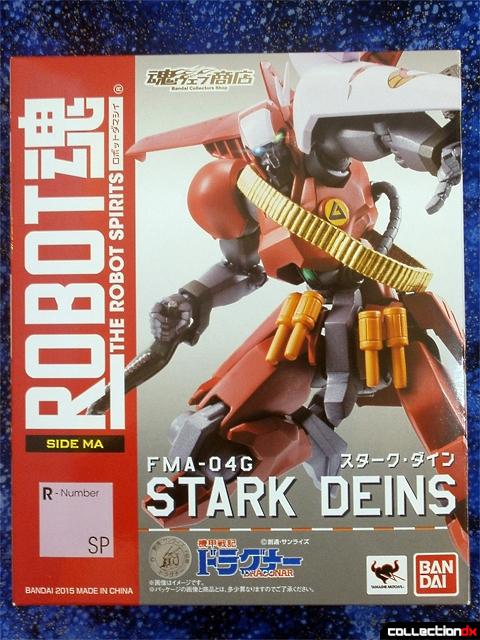 Even before you get the Stark Deins out of the box you can feel the Obari oozing out. 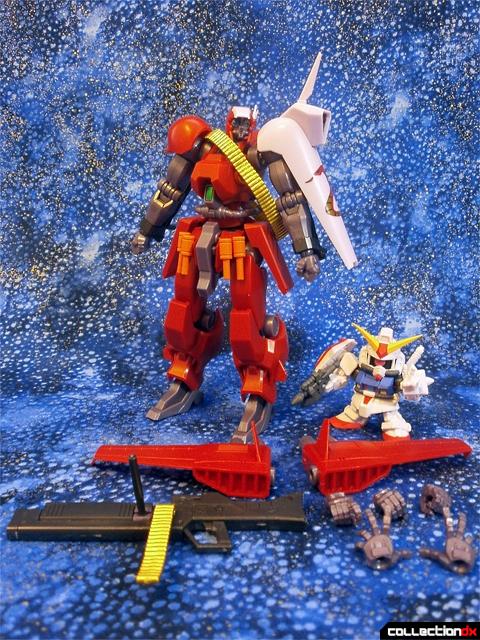 Included with the Stark Deins are five extra hands, its gun, and the wings for the backpack. 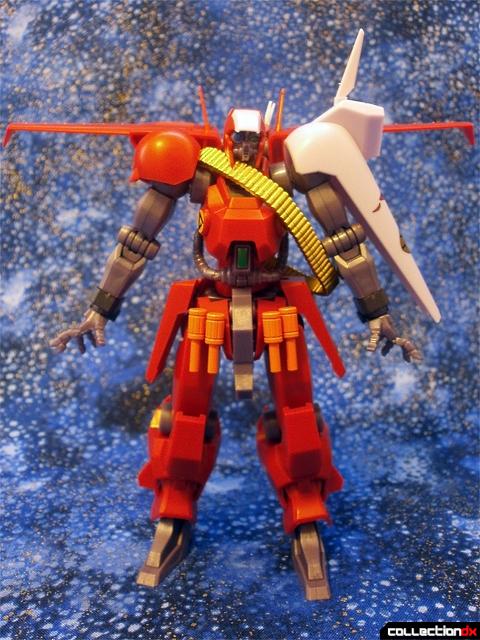 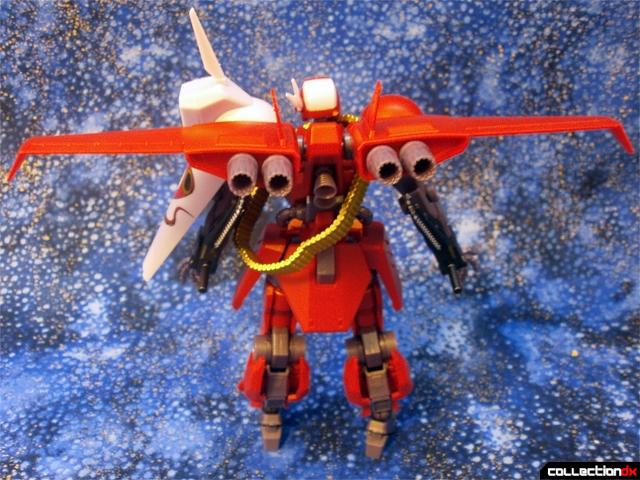 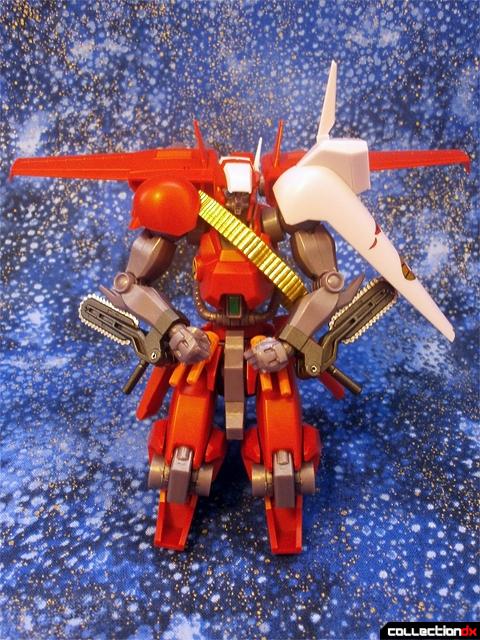 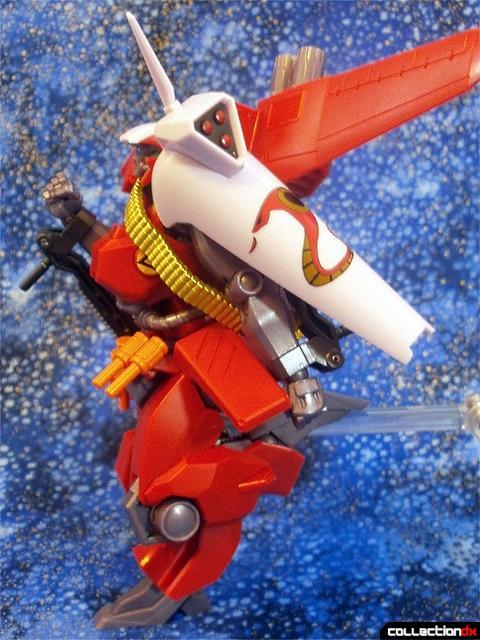 The Stark Deins is ready for action once the wings are attached. The figure has great articulation all over its body, hindered by neither its armor nor the gun belt. 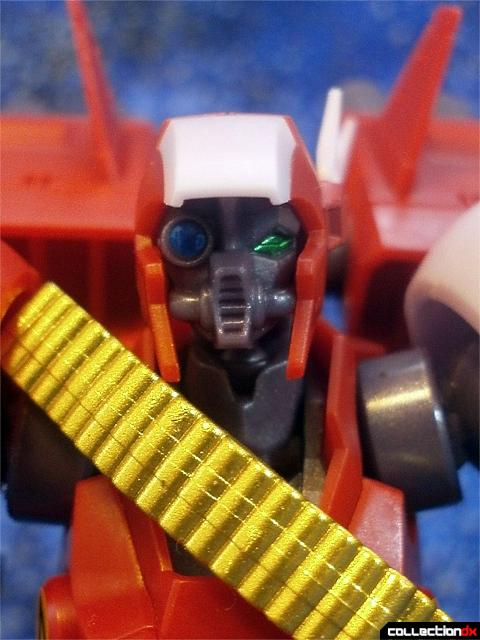 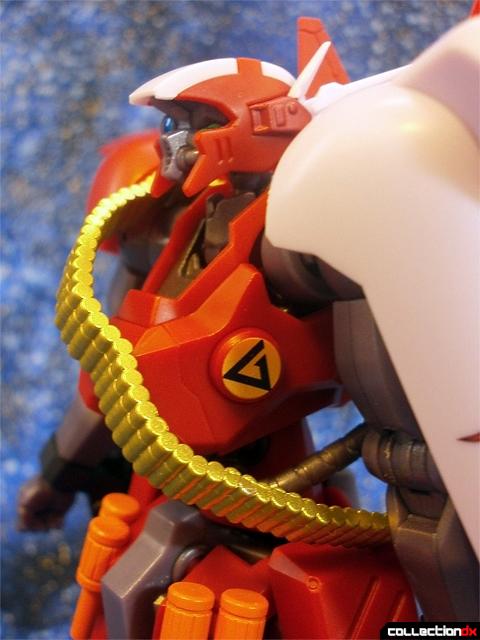 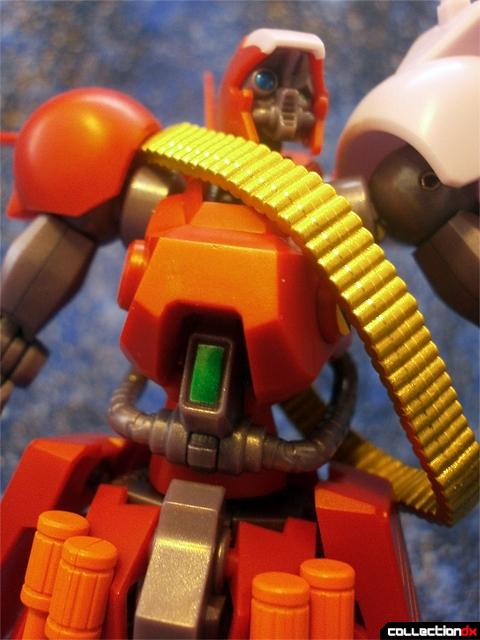 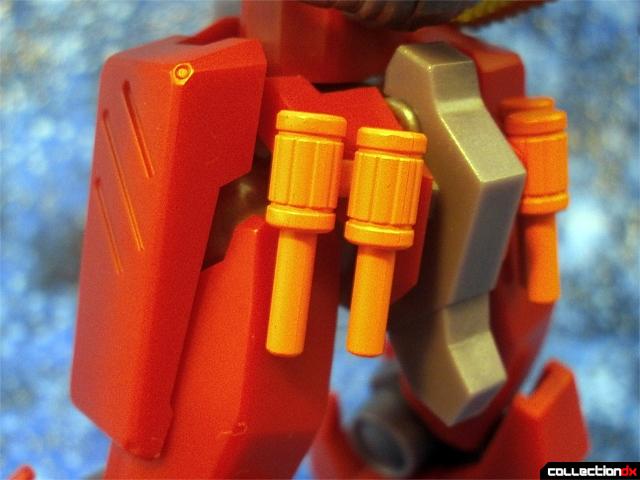 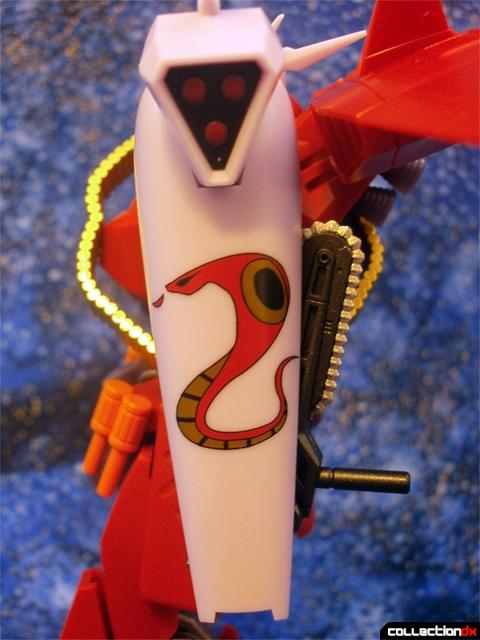 While most of the body is solid red, there’s plenty of detail where it needs to be. My favorite part is the snake ferociously emblazoned on the left shoulder. However there is one noticeable flaw; the grenades on the skirt armor are permanently attached and cannot be removed. 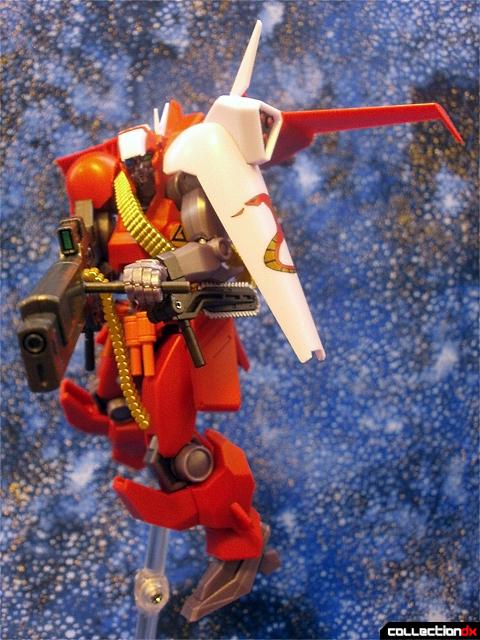 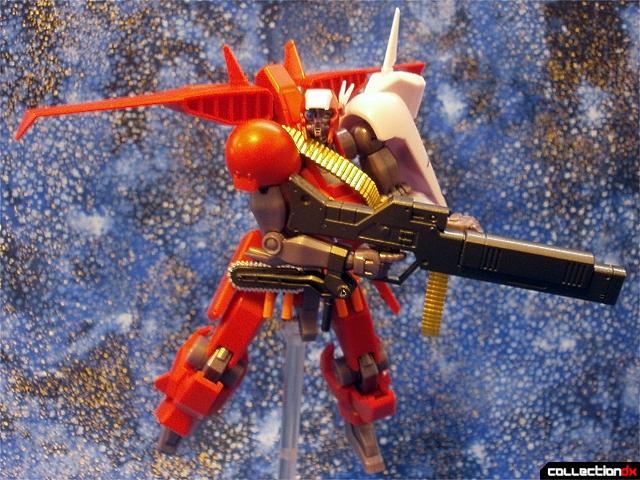 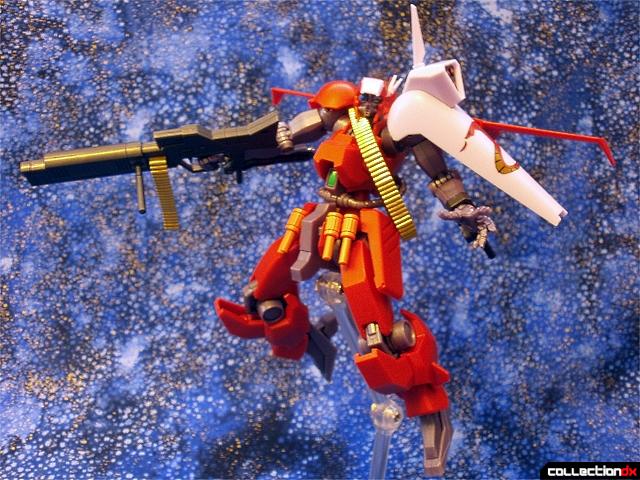 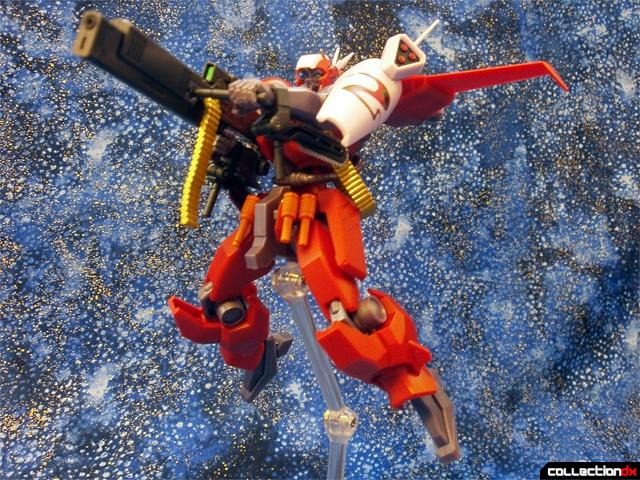 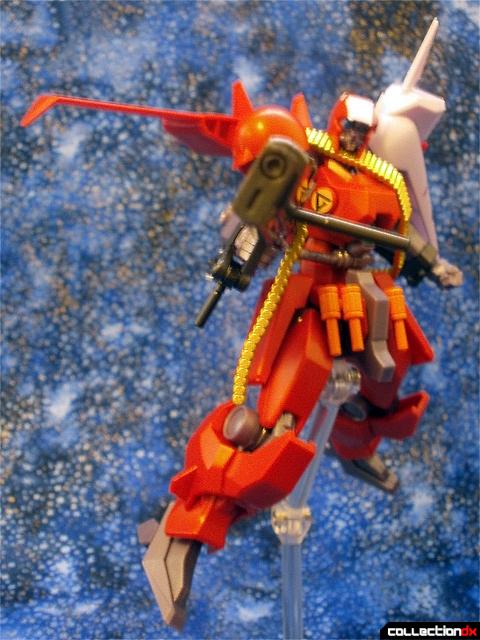 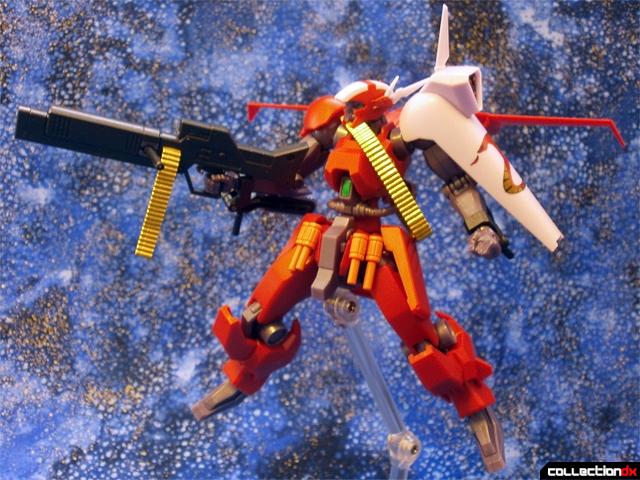 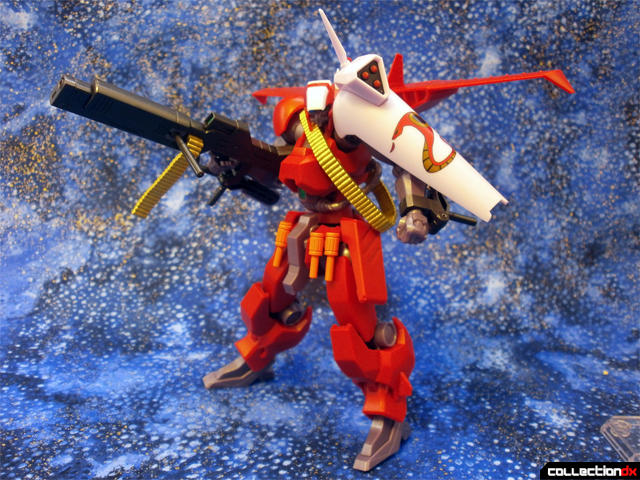 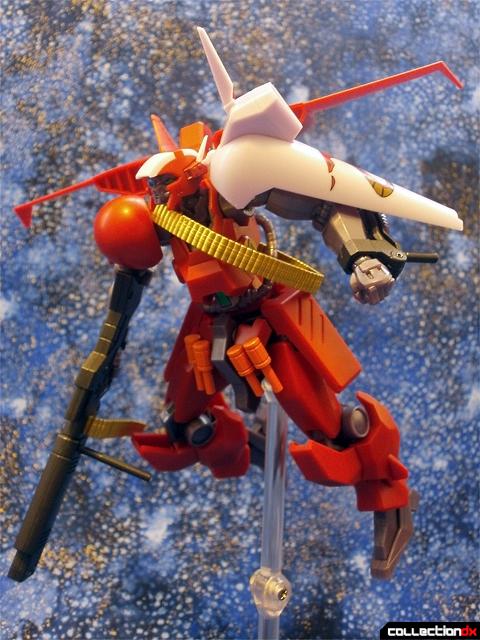 The Stark Deins uses an enormous gun that complements any pose you can put it in. 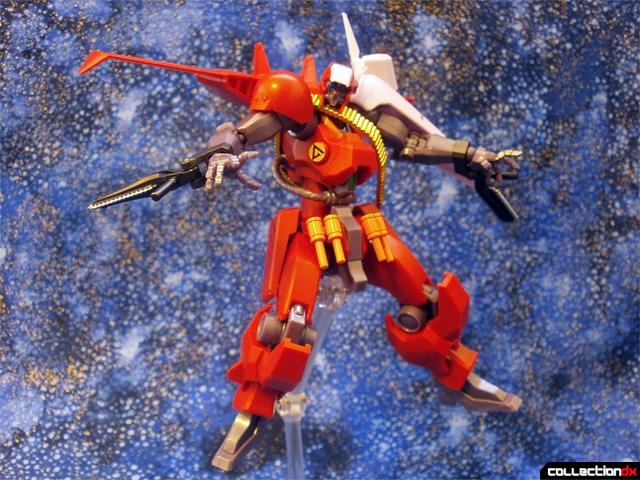 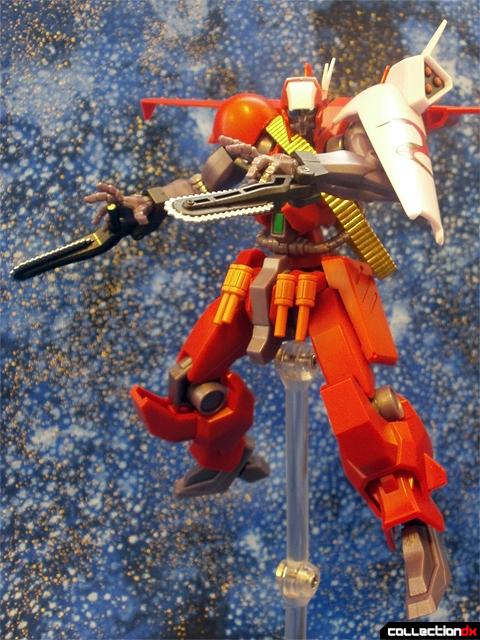 However, the true signature weapons are the flip-out chainsaws attached to each arm. 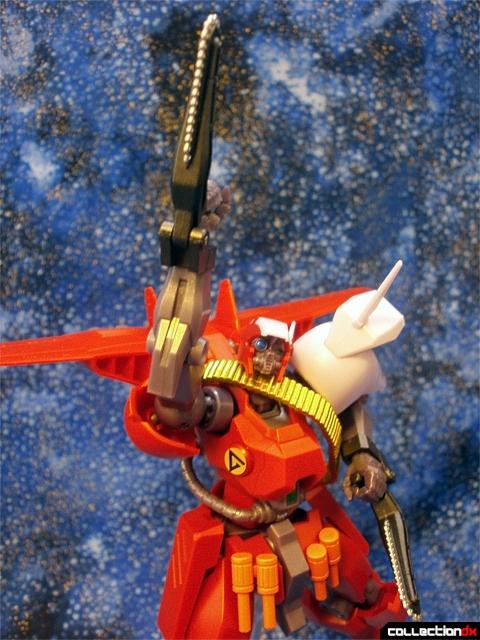 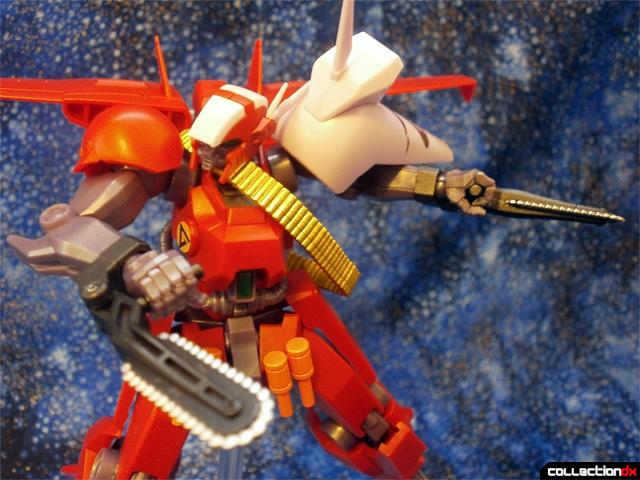 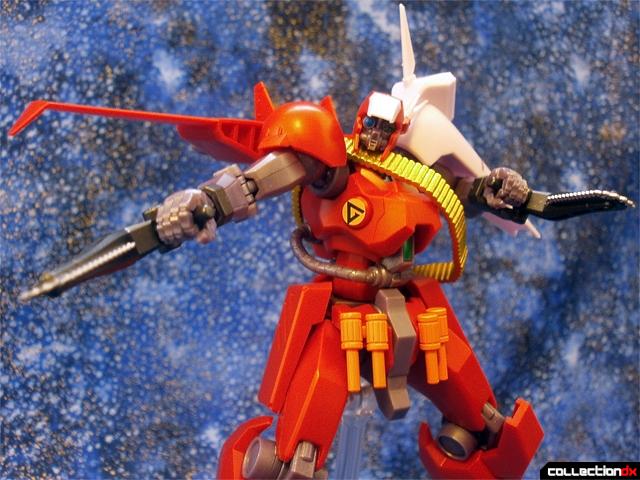 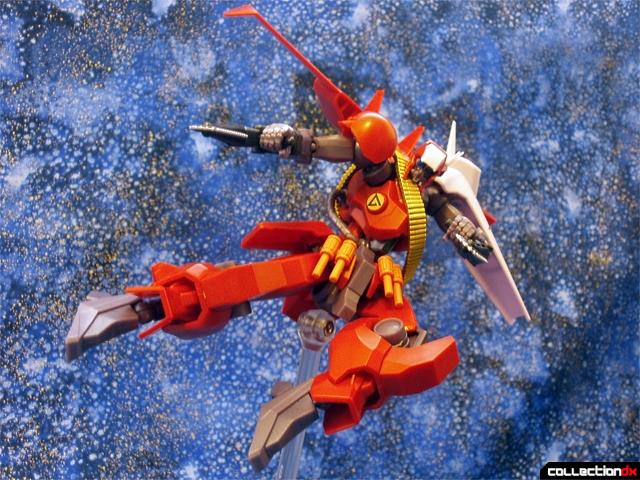 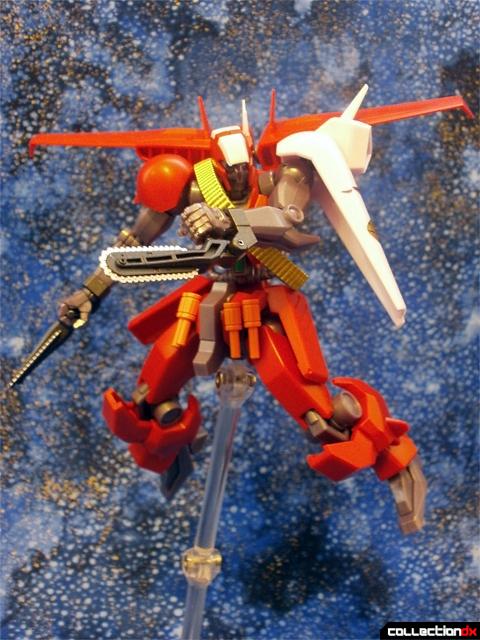 The chainsaws are really the selling point for me; they’re distinctive and super cool in a very impractical way. Now the Stark Deins is ready for combat against anyone and everyone else in your collection. 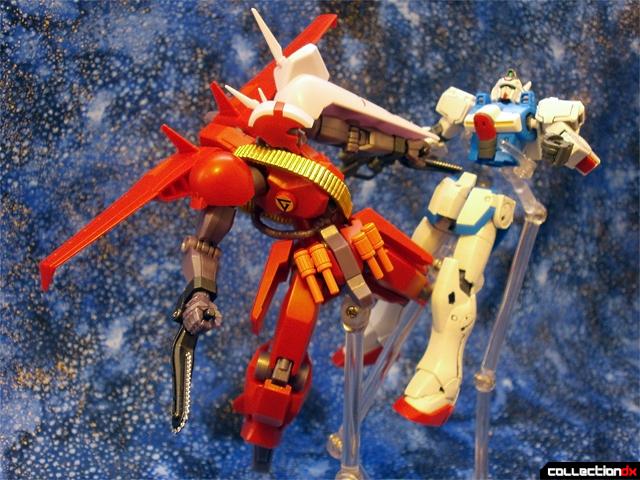 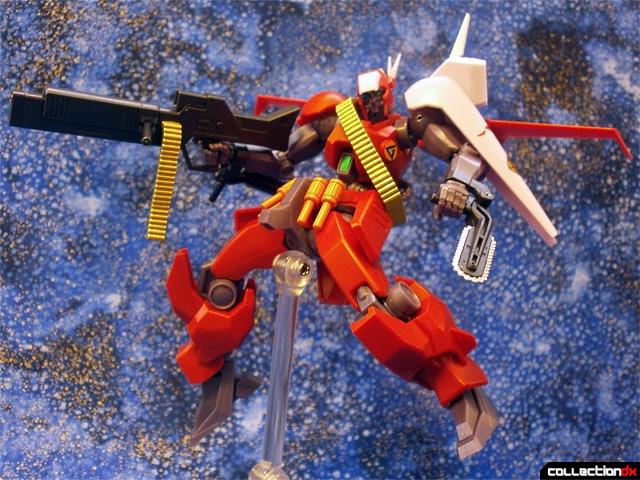 The Stark Deins has so much of that classic Masami Obari vibe that you can feel yourself turn into a Tekkaman as you handle it. Not only that but it’s a superb toy that meets the high standards of Bandai’s collector’s items. Any fans of Dragonar or giant robots in general should consider adding a Stark Deins to their battalion.