Tiger and Bunny’s Dragon Kid is the last of the main heroes to see an S.H. Figuarts release. While she was a web exclusive in Japan, she was a regular release in the US after being brought over by Bluefin. While she’s markedly different from most of the other armored suit designs from Tiger and Bunny (and for that matter, S.H. Figuarts in general), Dragon Kid is another solid release for the line. 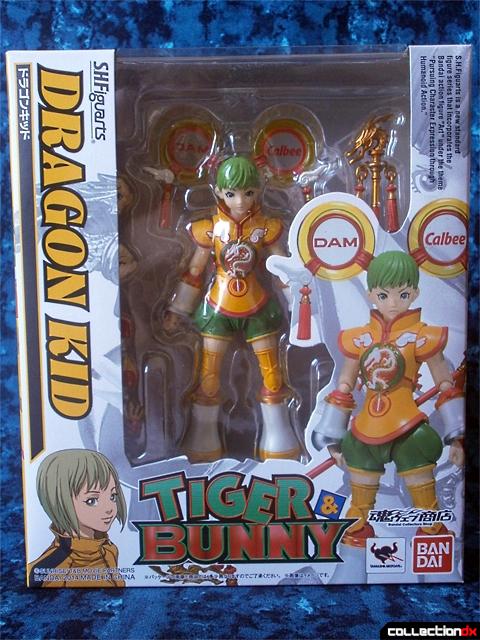 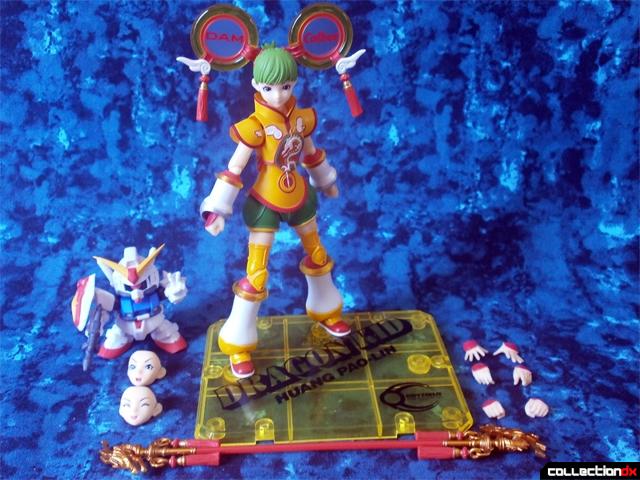 Dragon Kid’s box shares the same design as the other Figuarts from the same series. She comes with a custom stand and base that has her hero and real names on it; as well as her staff, two alternate faces, and three pairs of hands. 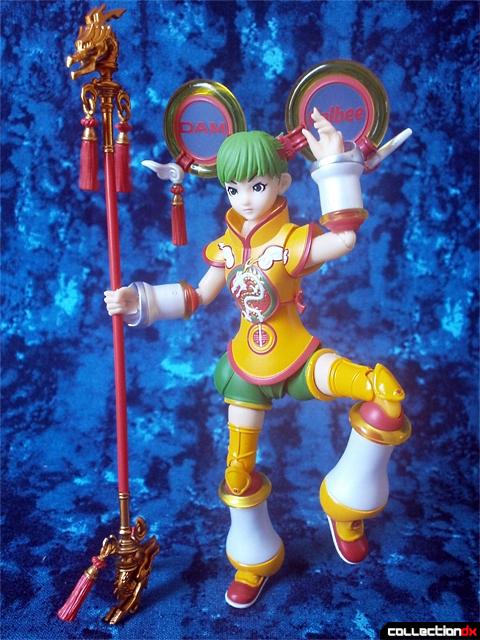 Articulation is less than Figuarts average, due to the size of her boots and forearm guards. The forearm can be rotated at the elbow so that her gauntlets do not impede how she wields her staff. 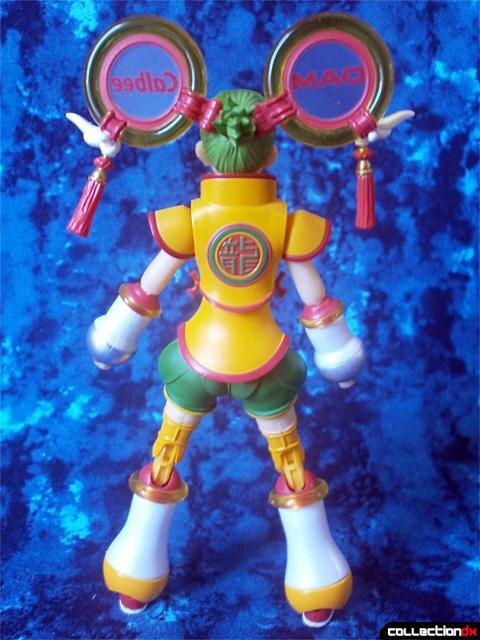 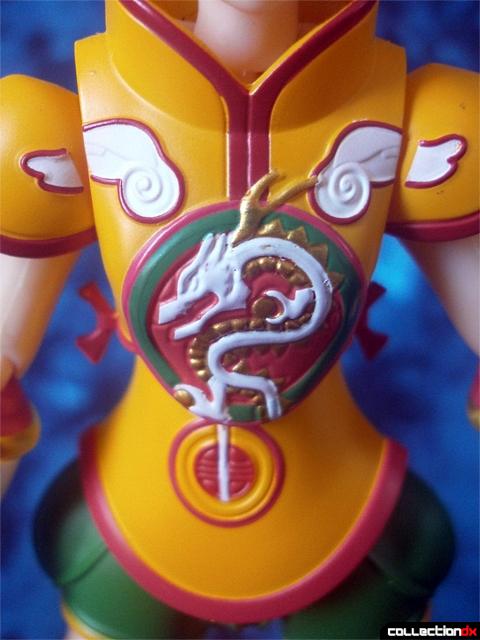 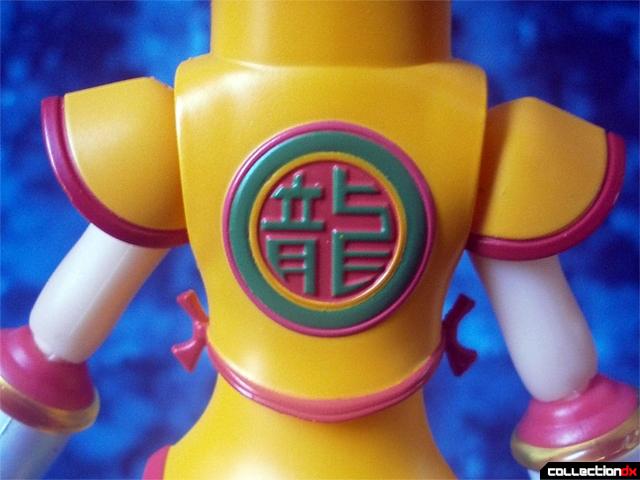 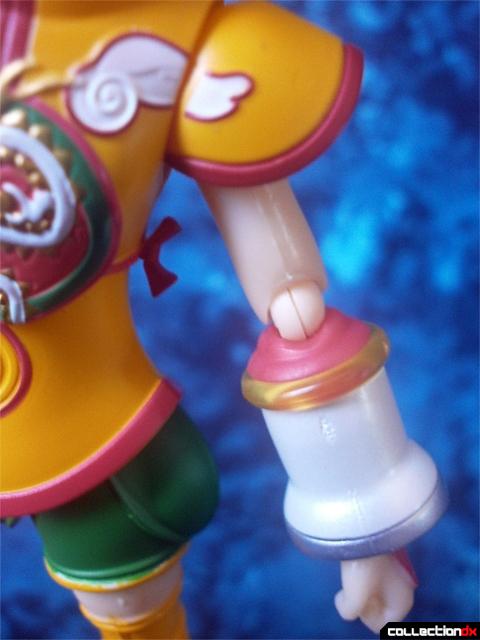 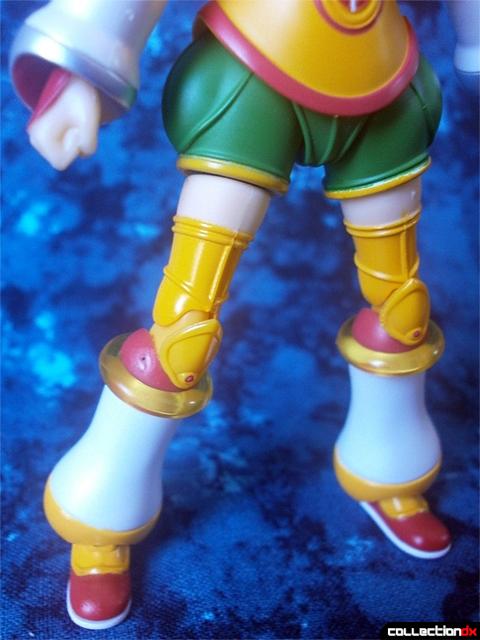 There’s no lack of detail anywhere on Dragon Kid. The emblems on both sides of her outfit are rendered splendidly. I particularly like the effect of the transparent plastic on the boots and gauntlets. Her sleeves are very loosely placed between the main body and shoulder joint so that they don’t quite look right when viewed straight-on. 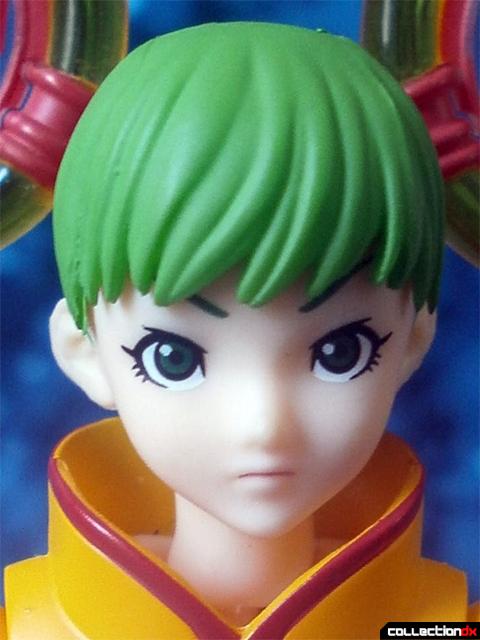 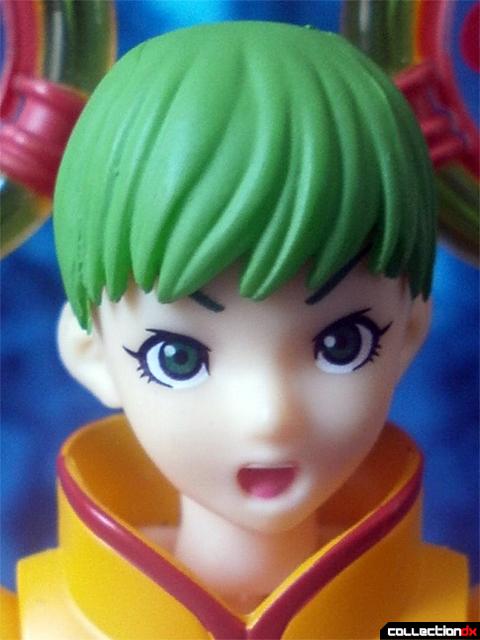 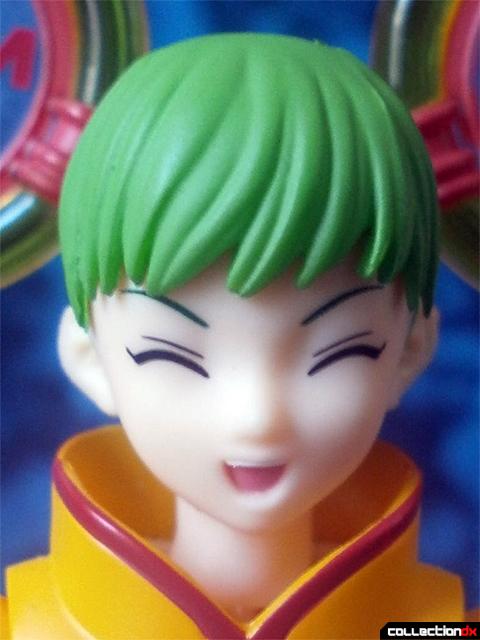 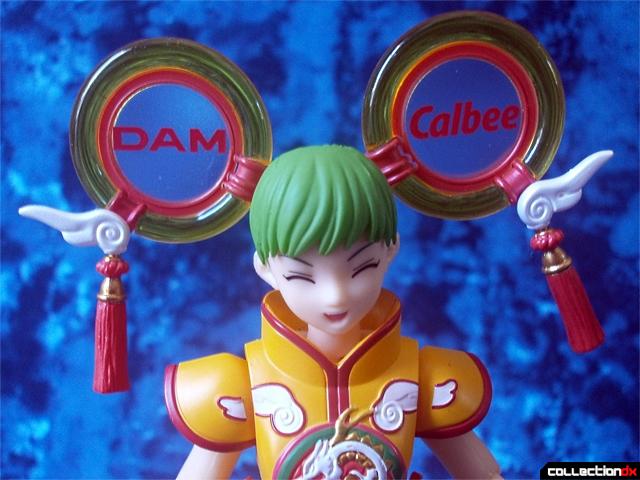 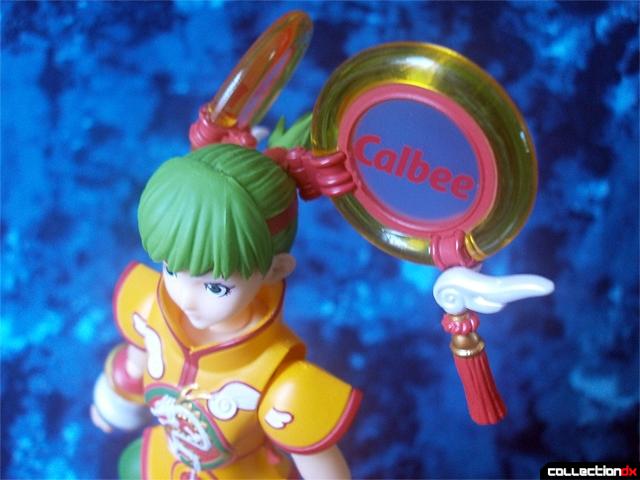 Besides the main emotionless face, there’s also a very action-oriented yelling expression and an exuberant smile to swap with. The corporate logos on the head, as well as the tassels attached to them, can be swiveled back and forth. They can also be turned where they’re attached at the base of the ponytail. All of these were incredibly loose on my figure, I’m not sure if this is a universal problem or not. I ended up resorting to superglue, which ended up only tightening the joints and not completely fixing them in place. 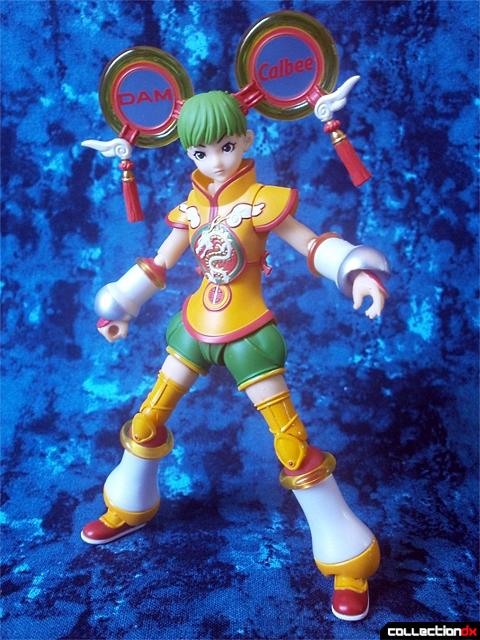 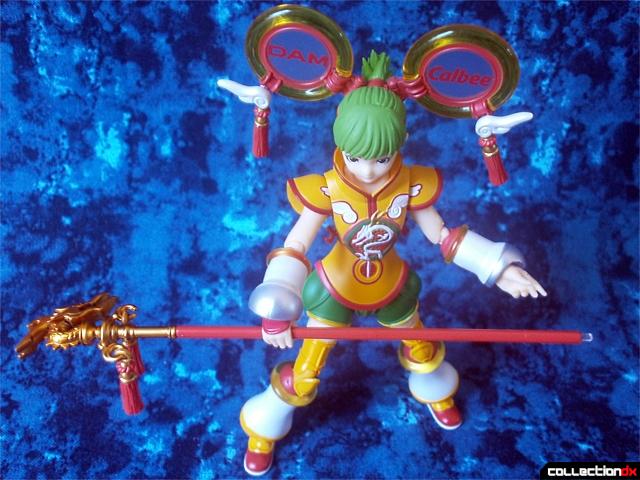 As well as standard splayed hands, Dragon Kid comes with two different sets of hands to hold her signature staff: one to completely grip around, another to hold it more loosely. Both ends of the staff are removable so it can be grasped securely. The tassels on the staff hang loosely and look unnatural in some poses. 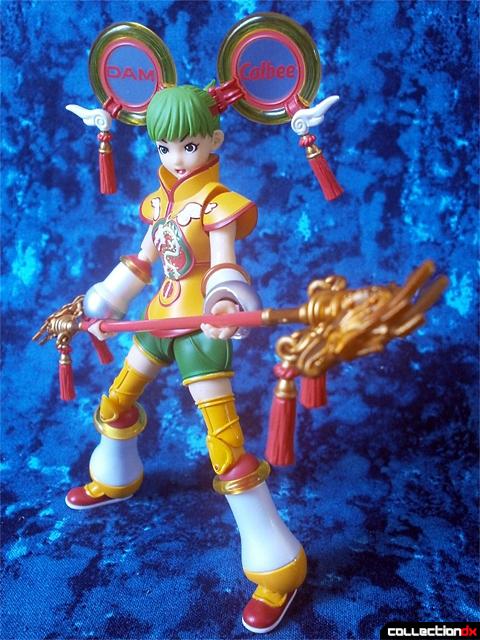 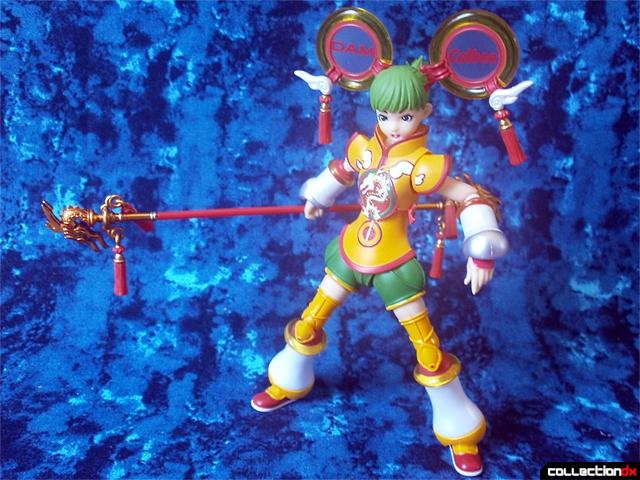 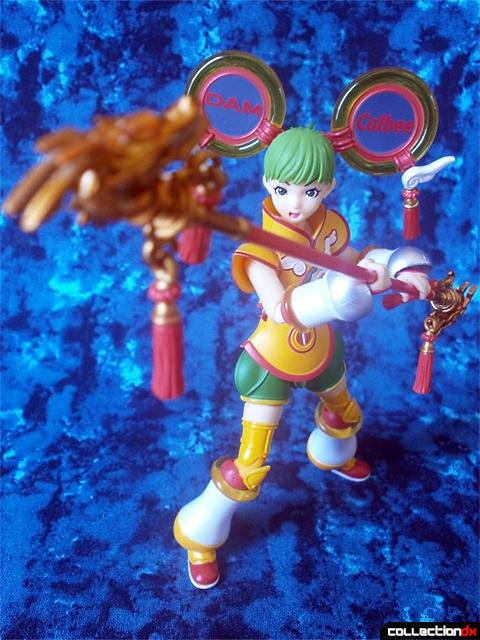 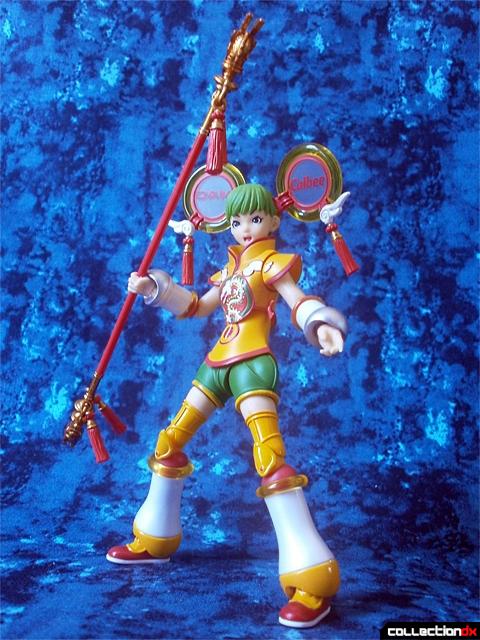 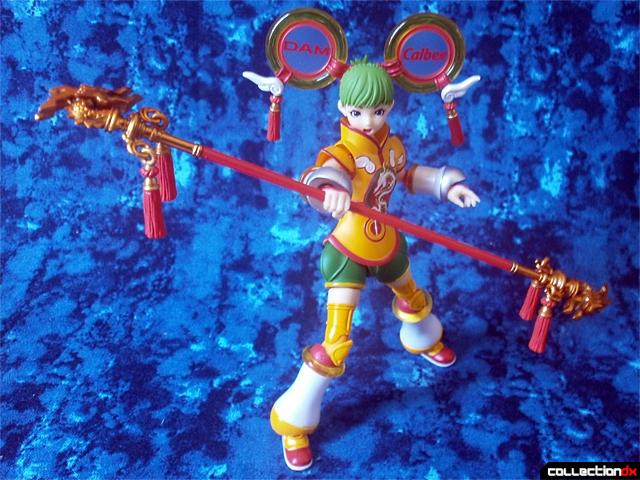 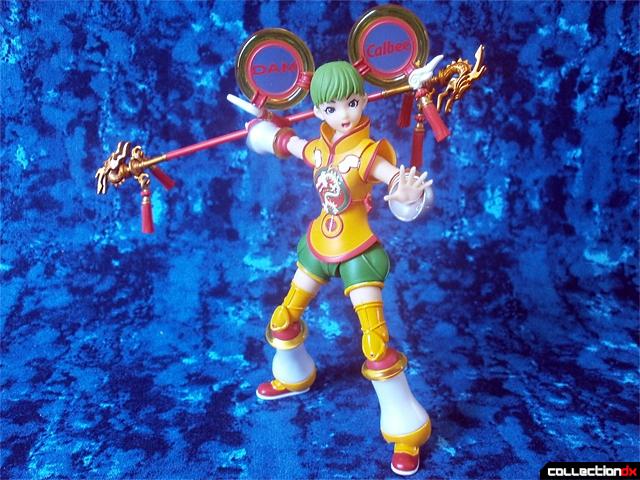 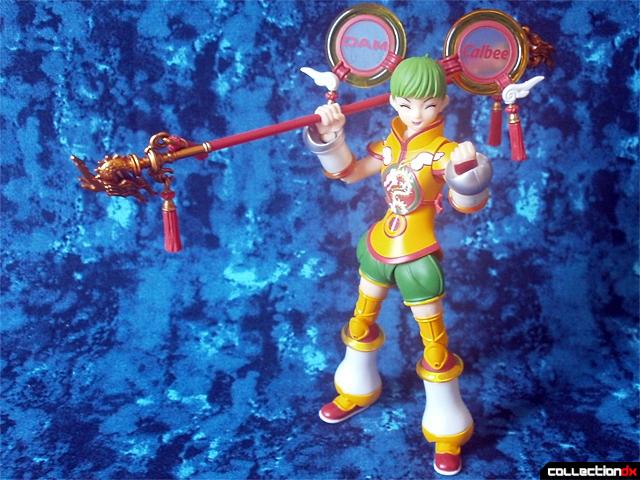 Dragon Kid is an incredibly photogenic figure, I haven’t enjoyed taking pictures of a toy as much in a while. No matter how you pose her wielding the staff she’s guaranteed to look great. 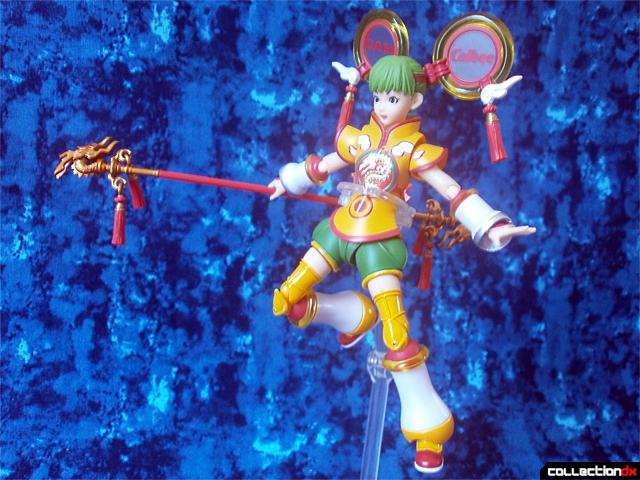 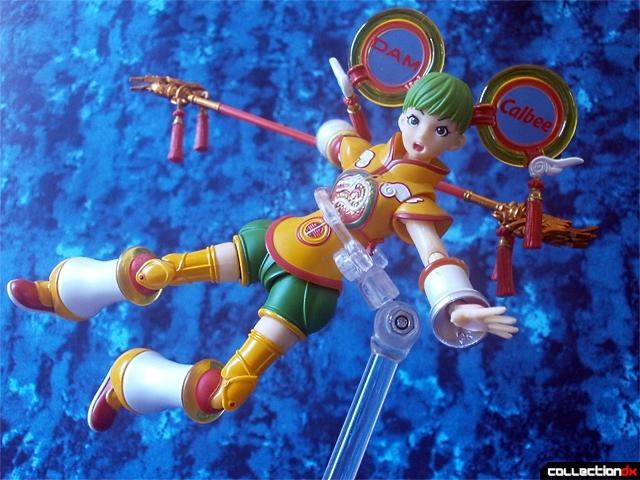 The included Tamashii Stand’s arm is too long to support Dragon Kid for normal poses, but works just fine for midair action. I had some unexpected problems with the stand, the piece connecting the arm to the clips that grip the figure shattered after only a few poses. I’m annoyed by that but I don’t think I can complain too much since I got this figure for eight dollars off Amazon.

It took nearly two years for all the Tiger and Bunny Figuarts to be released, but anyone interested in collecting all the characters from this series will be glad to know that Dragon Kid definitely measures up to the other heroes. She’s worth paying retail price, but if you can find her discounted like I did, I’d definitely recommend picking up this figure.