Kamen Rider Den-O was the Kamen Rider series that aired in 2007. It was about a guy who travels in a time-travelling bullet train to stop evil monsters (The Imagin) while using the powers of the good Imagin. All in all, it was a fun show, albeit with a few flaws (story, characters, acting, etc.). However, the show BLEW UP in Japan. I mean, the four main Imagin (Momotaros, Kintaros, Ryutaros, and Urutaros) were used to promote Kamen Rider films for YEARS after the show aired. It was just THAT POPULAR. In fact, they made SIX Den-O movies, and that's NOT counting the Team-Up movies like Climax Deka or Let's Go Kamen Riders. It got to the point where Den-O would ABSOLUTELY steal the spotlight from any other Rider he appeared in a film with, because they knew it would sell. Boy, am I ranting? I didn't mean to do that. Don't get me wrong, I love Den-O, but there's WAY too much of it. 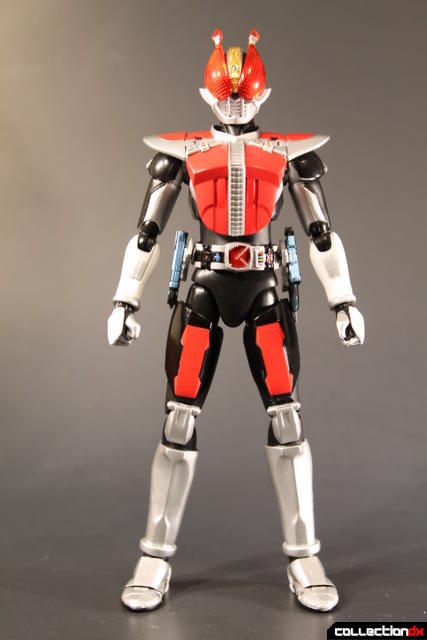 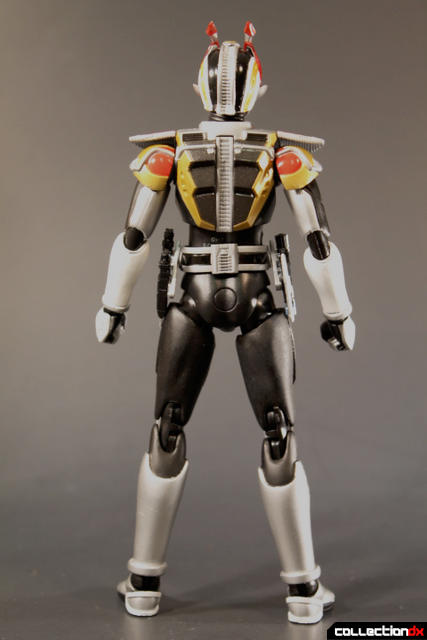 Anyway, this is Kamen Rider Den-O's Sword Form! This is his main form (for the lack of a better term) when he transforms while Momotaros has taken over his body (and sometimes it's just Momotaros without a host body because they are allowed to break rules like that. It's Den-O). 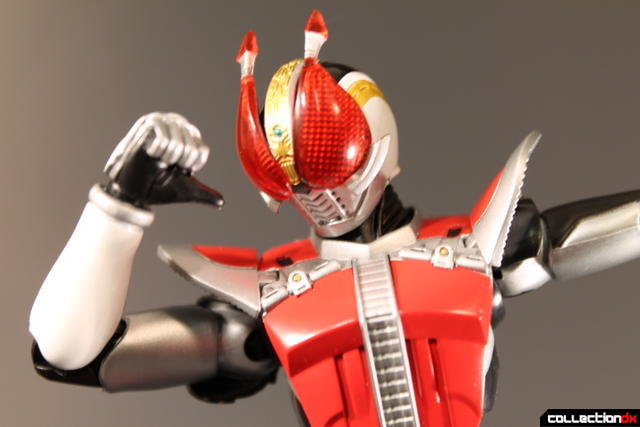 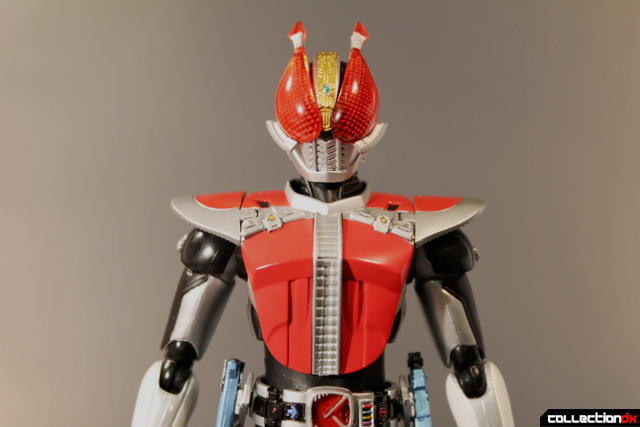 Let me get this party started by saying that Den-O looks amazing. This toy is spot on with how he appears in the show. The compound eyes are done REALLY well! Bandai really knows how to make great looking action figures (as if we didn't already know that). His colors are great, and he retains this odd sleekness despite a fairly bulky design. 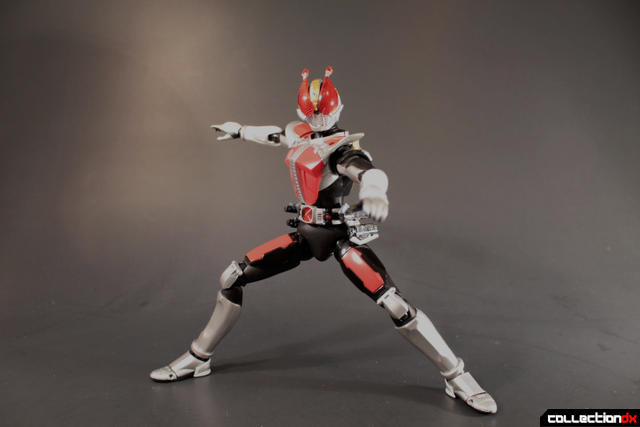 He looks SO much better than the old Souchaku Henshin release. 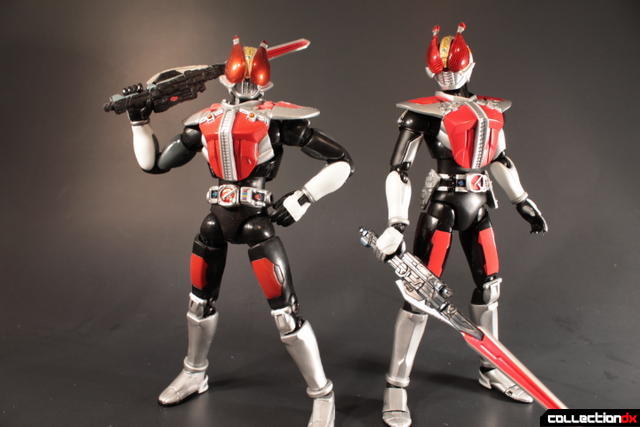 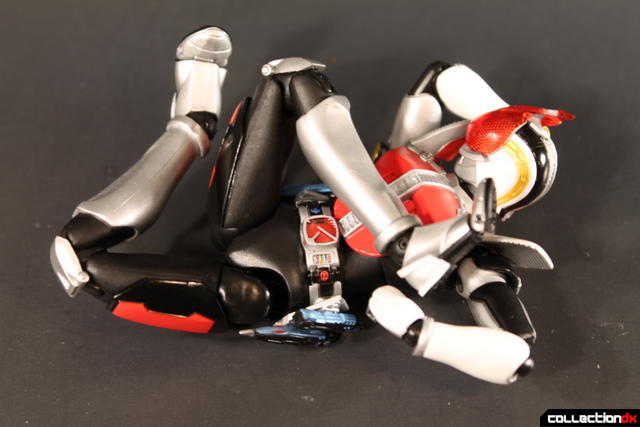 He also has standard S.H. Figuarts articulation with ball joints and swivels on every part of his body. His chest is a little limited, but it's not a big deal. He can still sport any pose he used in the show, and believe me, he posed a lot. I especially love the ankle articulation. This swivelling ball joint thing is probably my favorite ankle joint they've ever used. I want them to use it on everything. 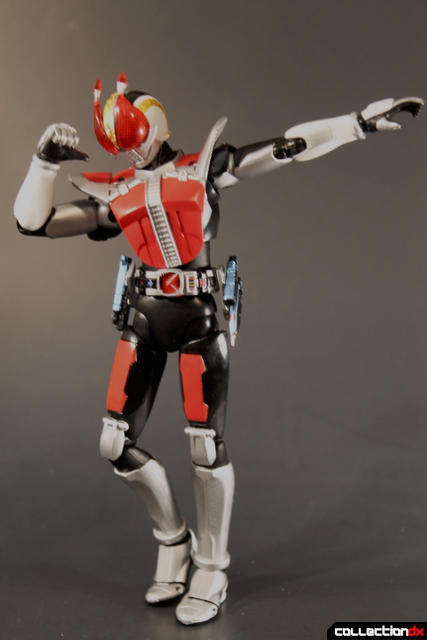 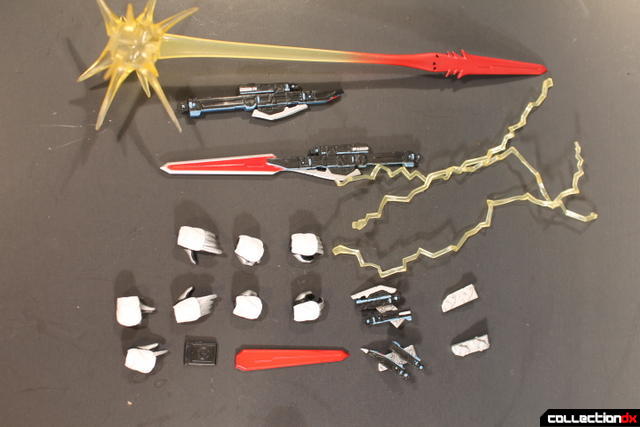 Den-O has a ton of accessories. He comes with a bunch of pairs of hands (fists, holding-things hands, and calm hands), and he even comes with two extra right hands for his thumb-pointing and his Rider Pass-holding. He also comes with four holsters for the DenGasher (two empty, and the other two with the DenGasher pieces attached), the DenGasher in Sword Mode, the DenGasher in sword mode without the blade, the blade, Rider Pass, and a butt load of effect parts. The effect parts help recreate his HISSATSU attack where the blade flies off and Momotaros beats the enemy with it. It's really cool that they have this with him, but the added weight makes posing him with it REALLY hard. 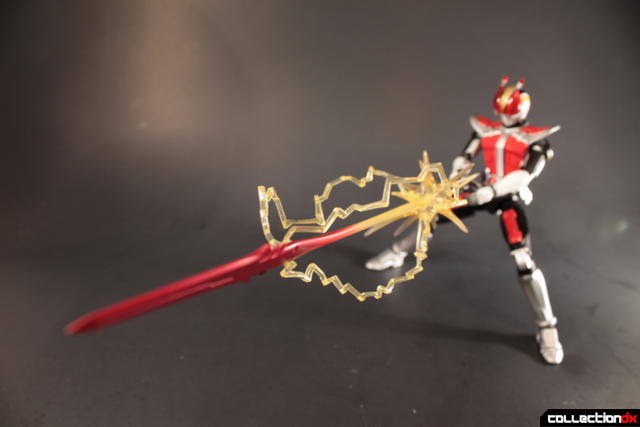 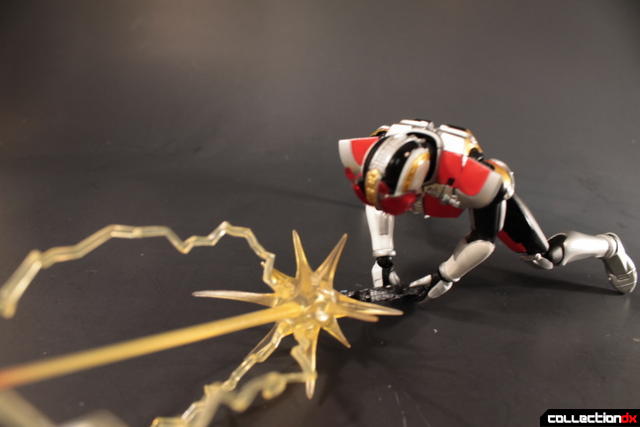 Oh well, he still looks awesome just holding the sword or attacking something. 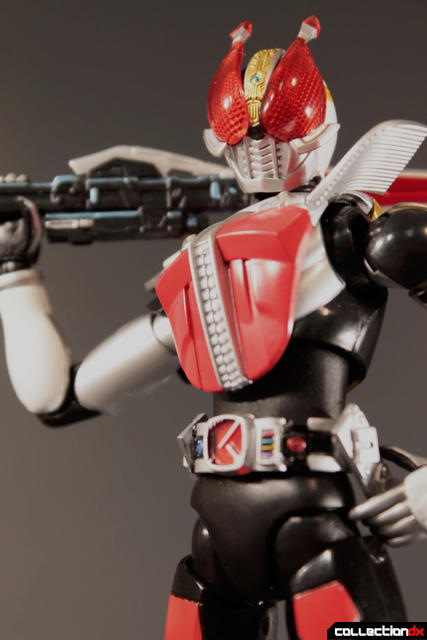 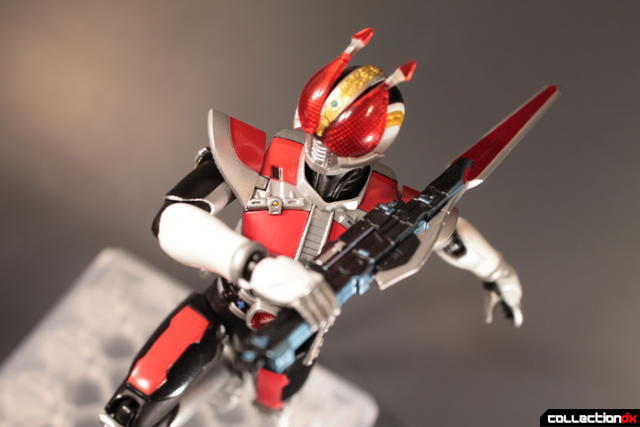 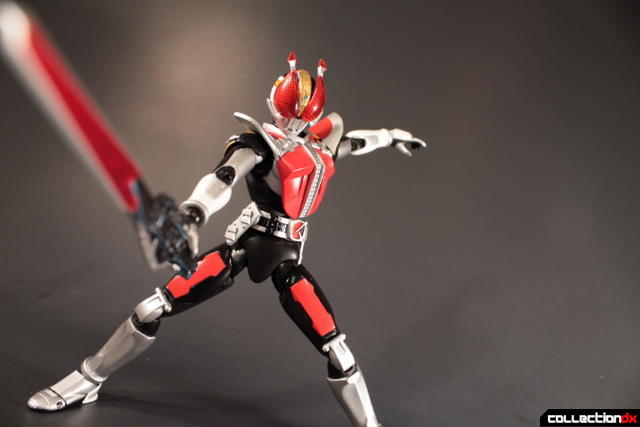 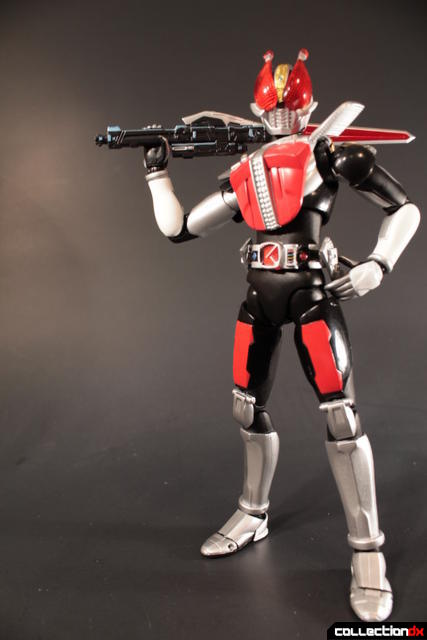 Overall, Kamen Rider Den-O Sword Form is a great piece to add to your Figuarts collection. If you are a fan of Den-O, you need to pick him up. This is the definitive Den-O action figure! If you are one of the bad people who hates Den-O, pick him up anyway because I said so. I KNOW WHO YOU ARE.

Let me warn you. From start to finish, it's a Climax all the way! 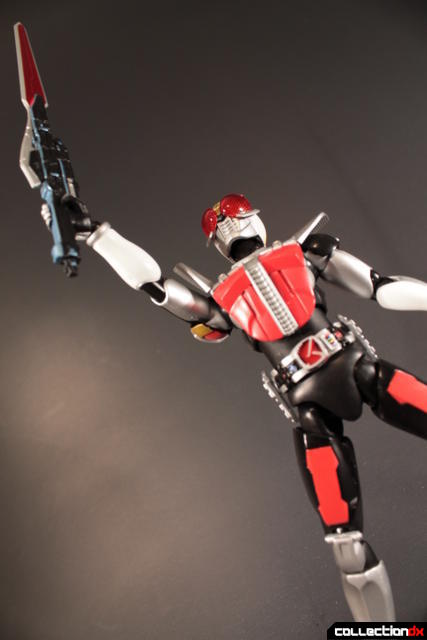