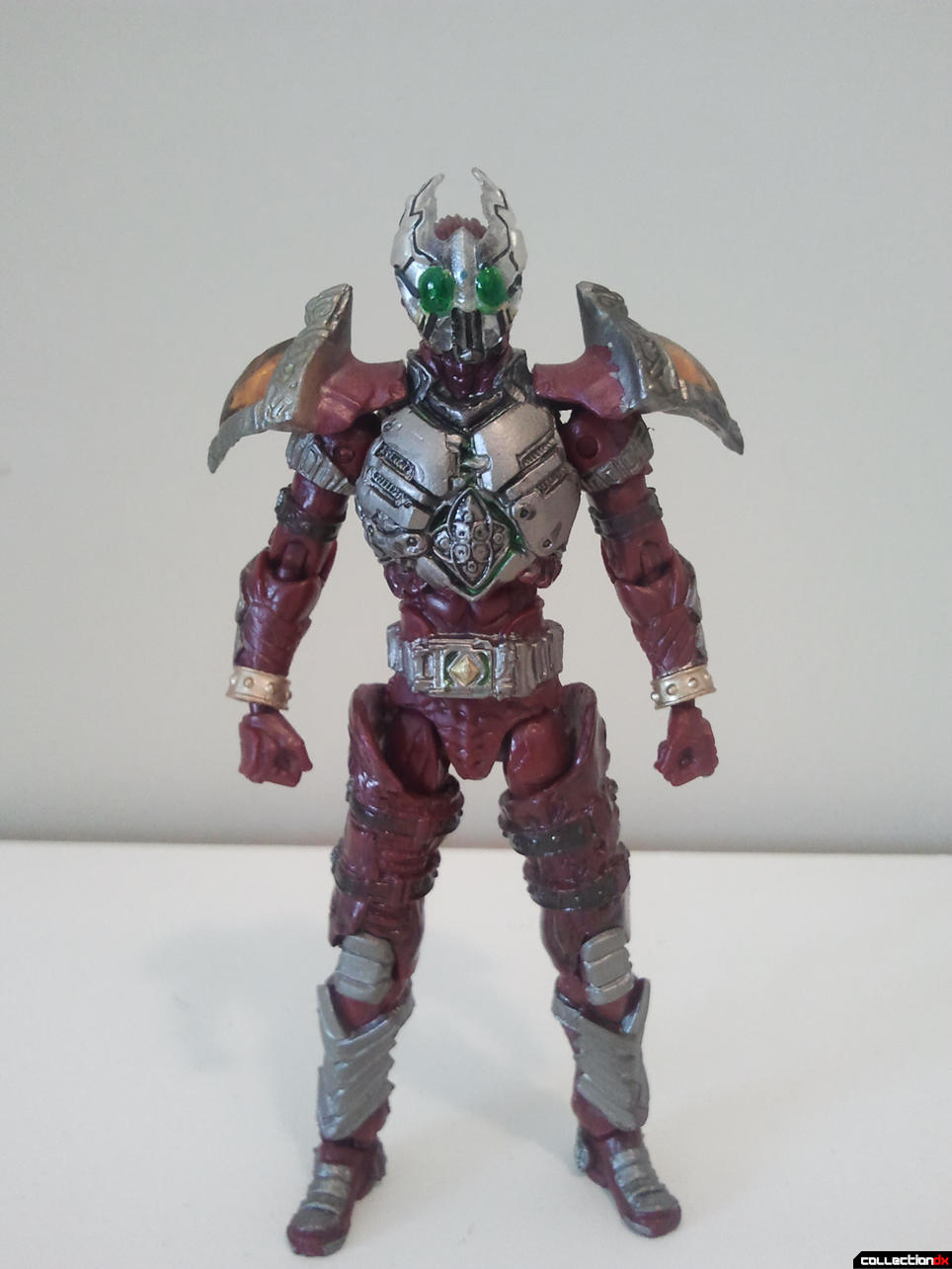 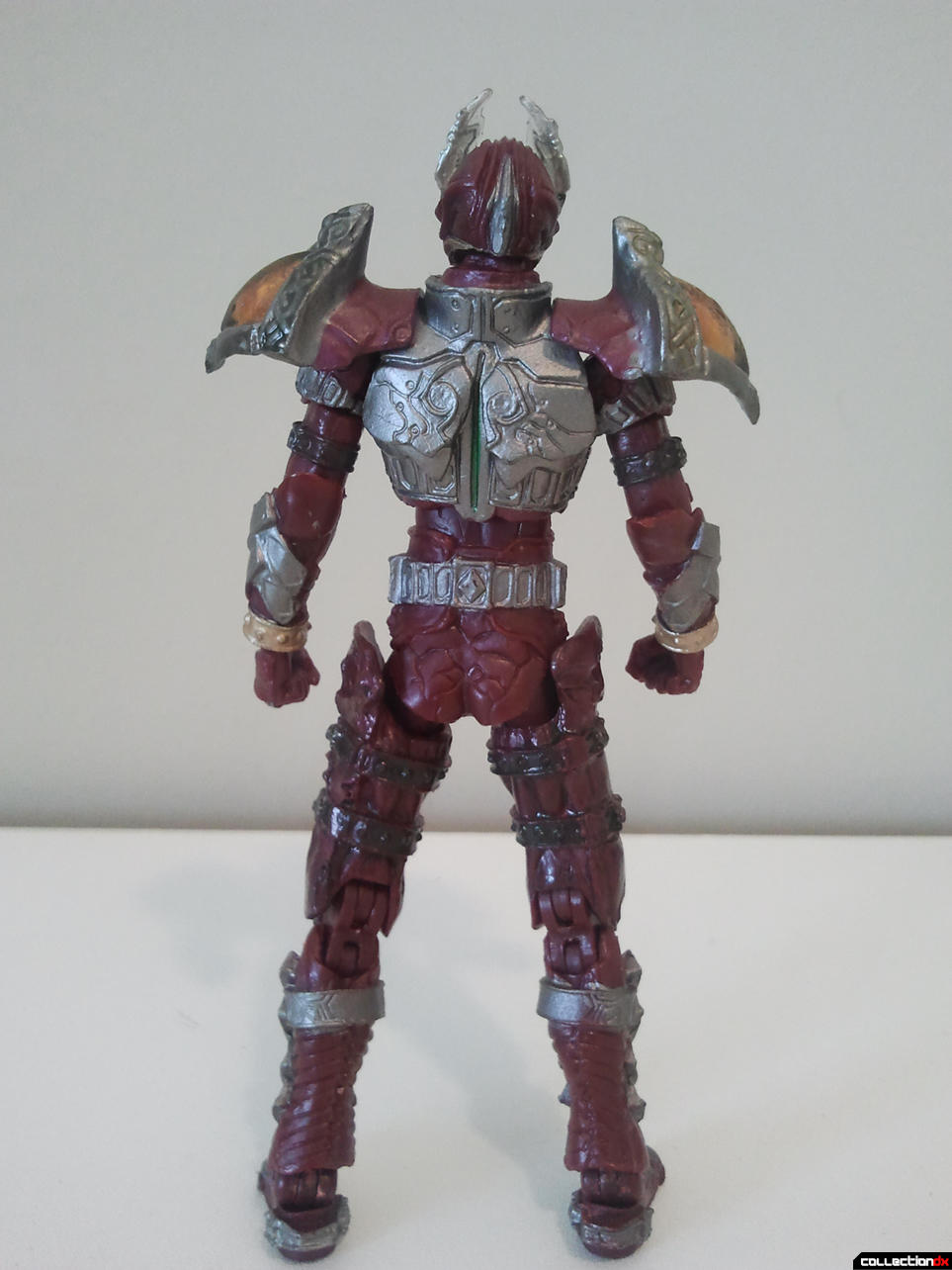 Kamen Rider Garren is one of the secondary riders in Kamen Rider Blade. He is themed after a stag beetle, and the suit of Diamonds. I seem to have this almost bizarre fascination with stag beetles and all things themed after them. Why? I have no idea, but man do they all have pointy looking heads. 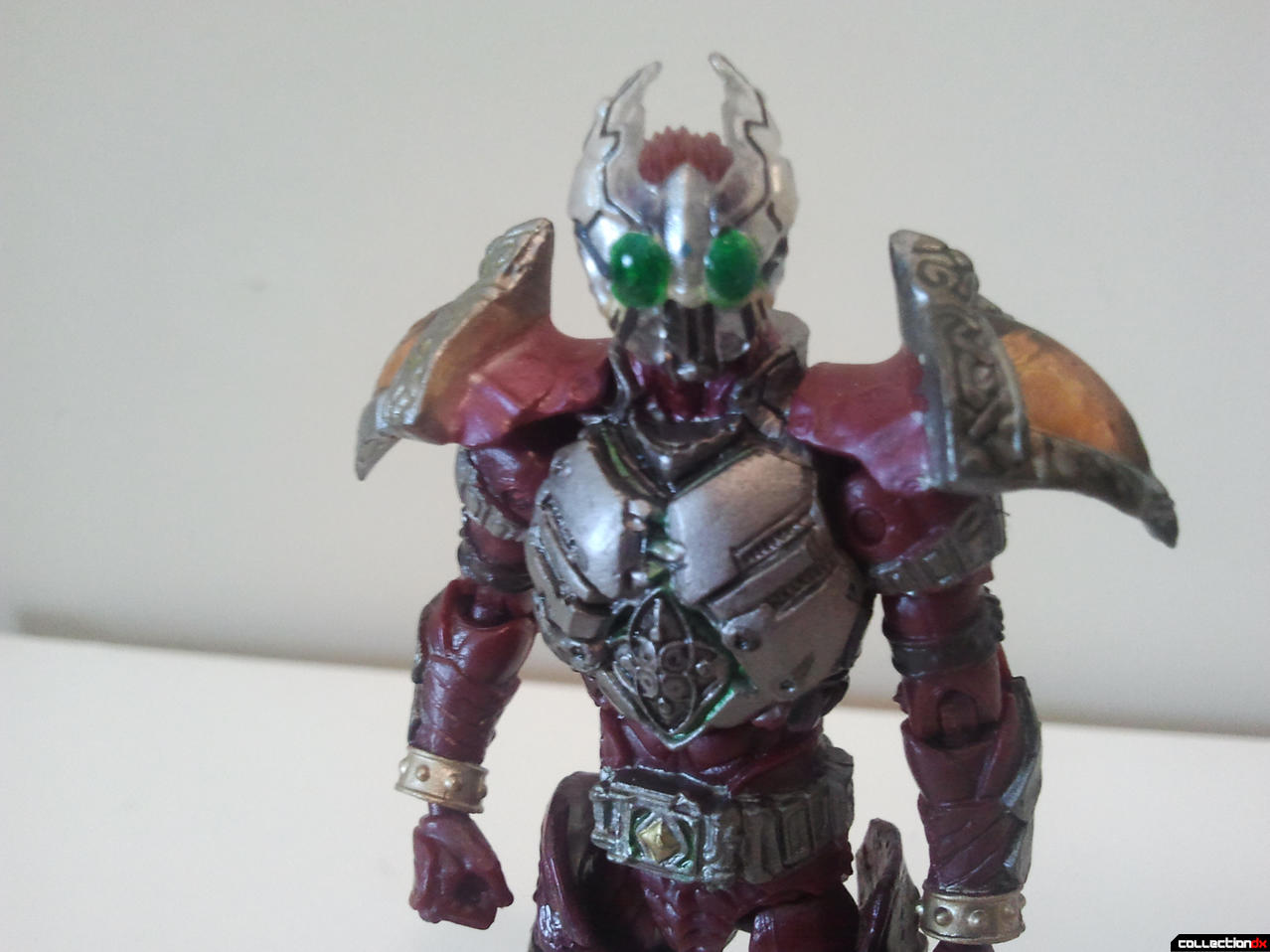 Garren in SIC form is loaded with sculpted and painted detail. There's lots of sculpted leather bits in the legs and arms, with high-tech armor covering the rest of the body. I especially love the asymmetrical mechanical panels on the chest, which really help make this design stand out more. 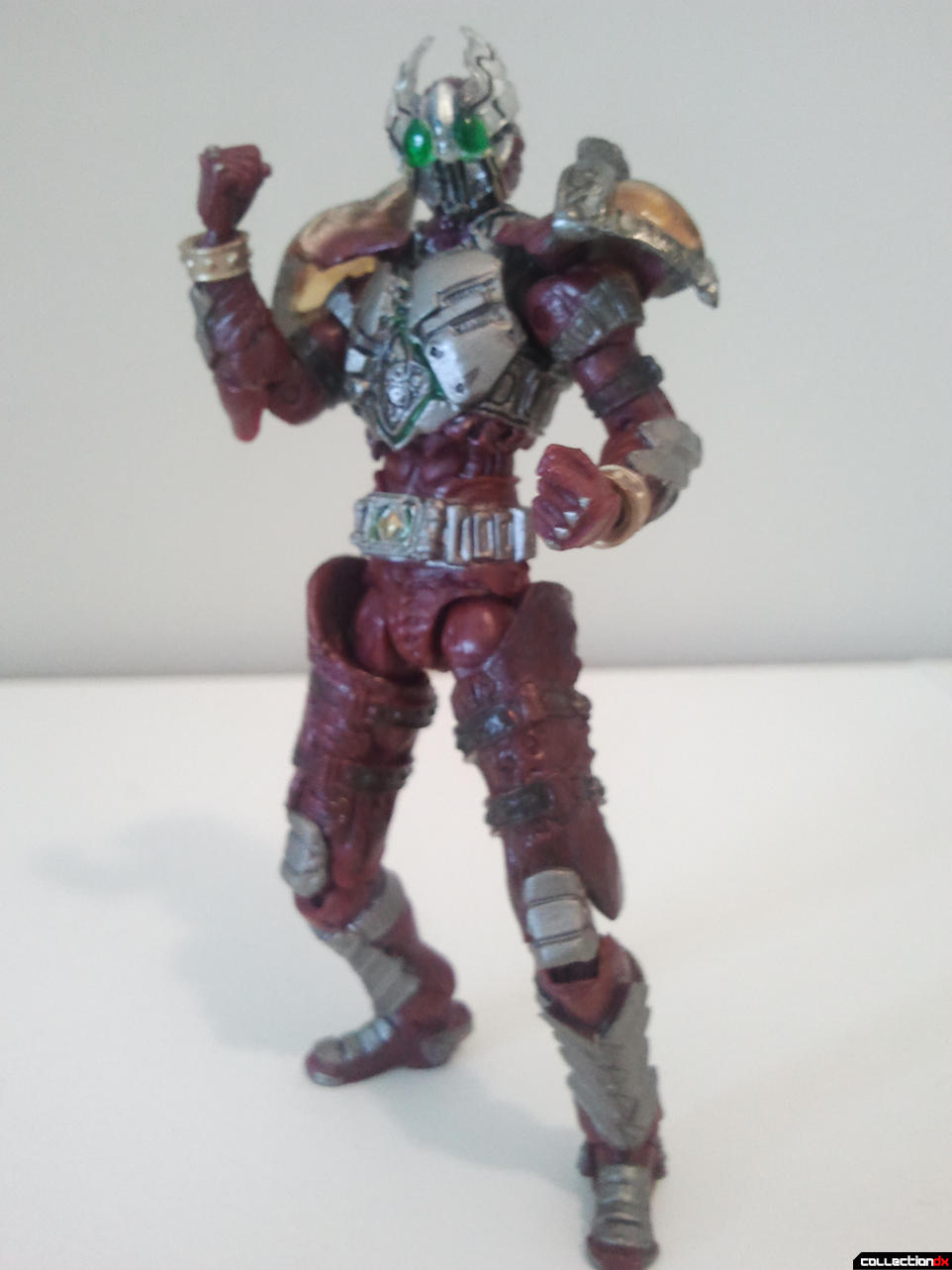 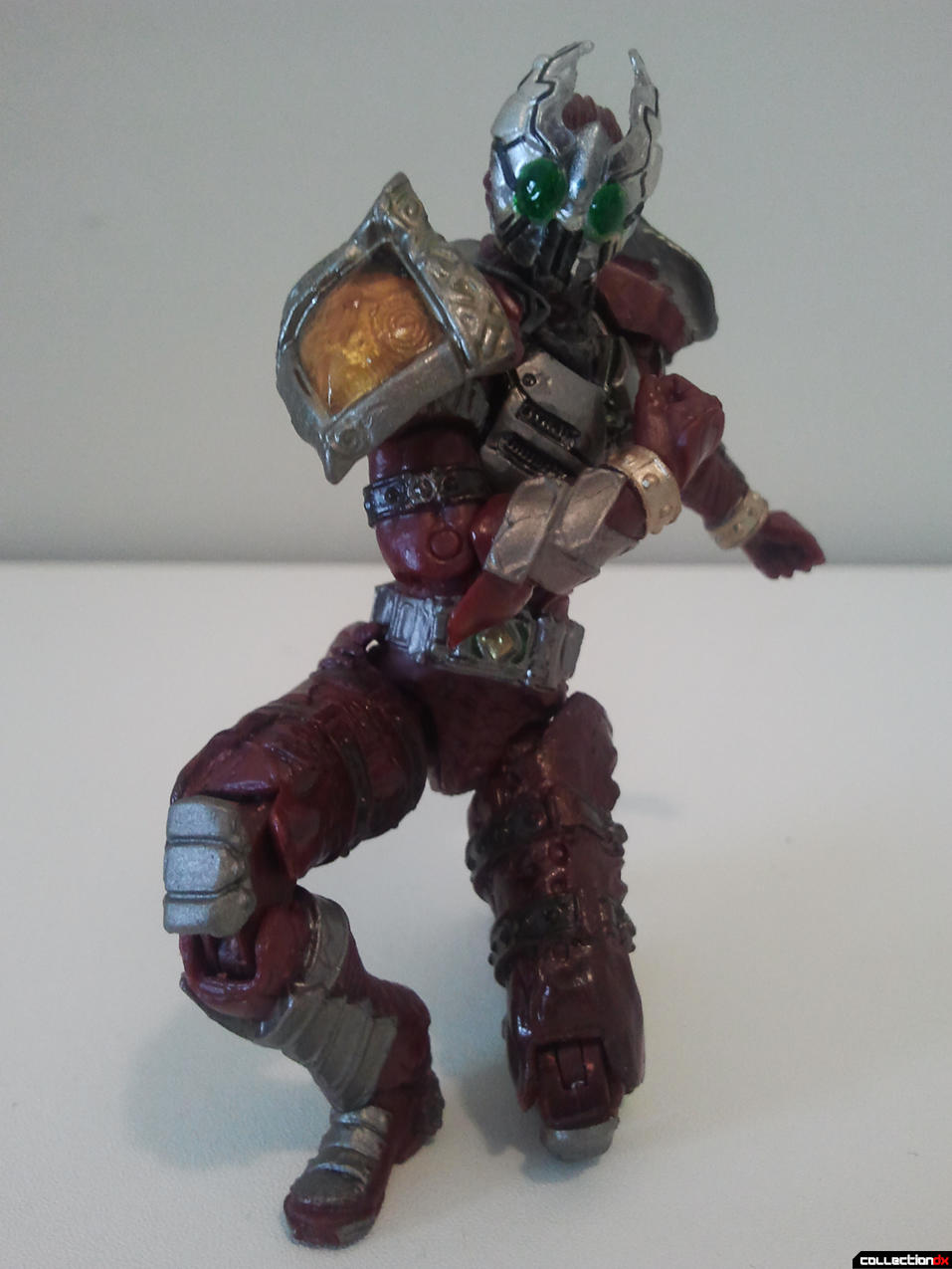 The articulation on Garren is excellent, like all figures in the Kiwami Tamashii line. With ball jointed shoulders, double-jointed elbows, knees, and feet, there's nothing that Garren is missing. Although his shoulders are slightly impeded by the larger shoulder pads, it's very minor and he's still able to pose well regardless. 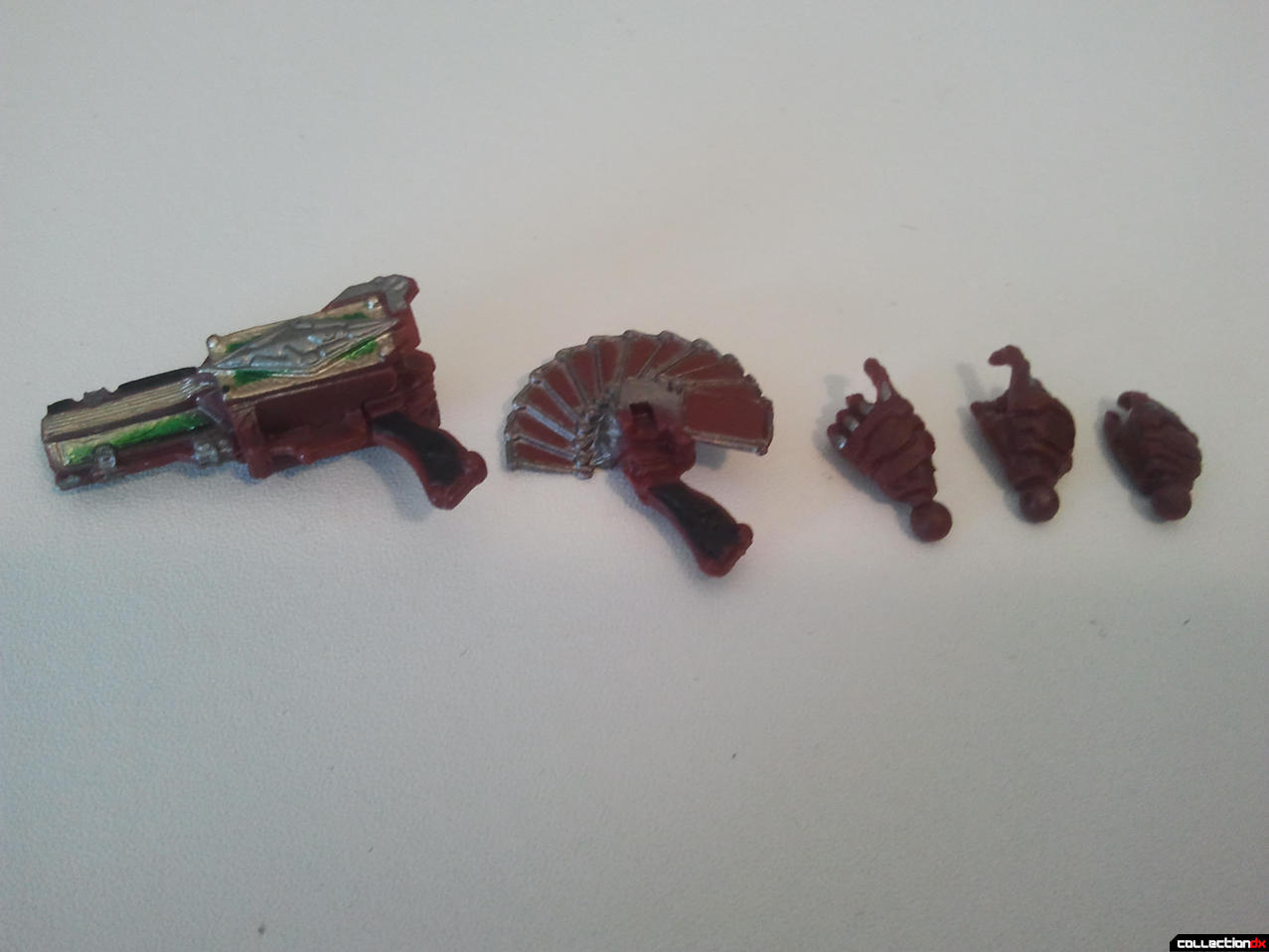 Garren also comes with several accessories. He has a pair of trigger-holding hands, and a single card holding hand, as well as the Garren Rouser and an alternate handle with the cards extended. 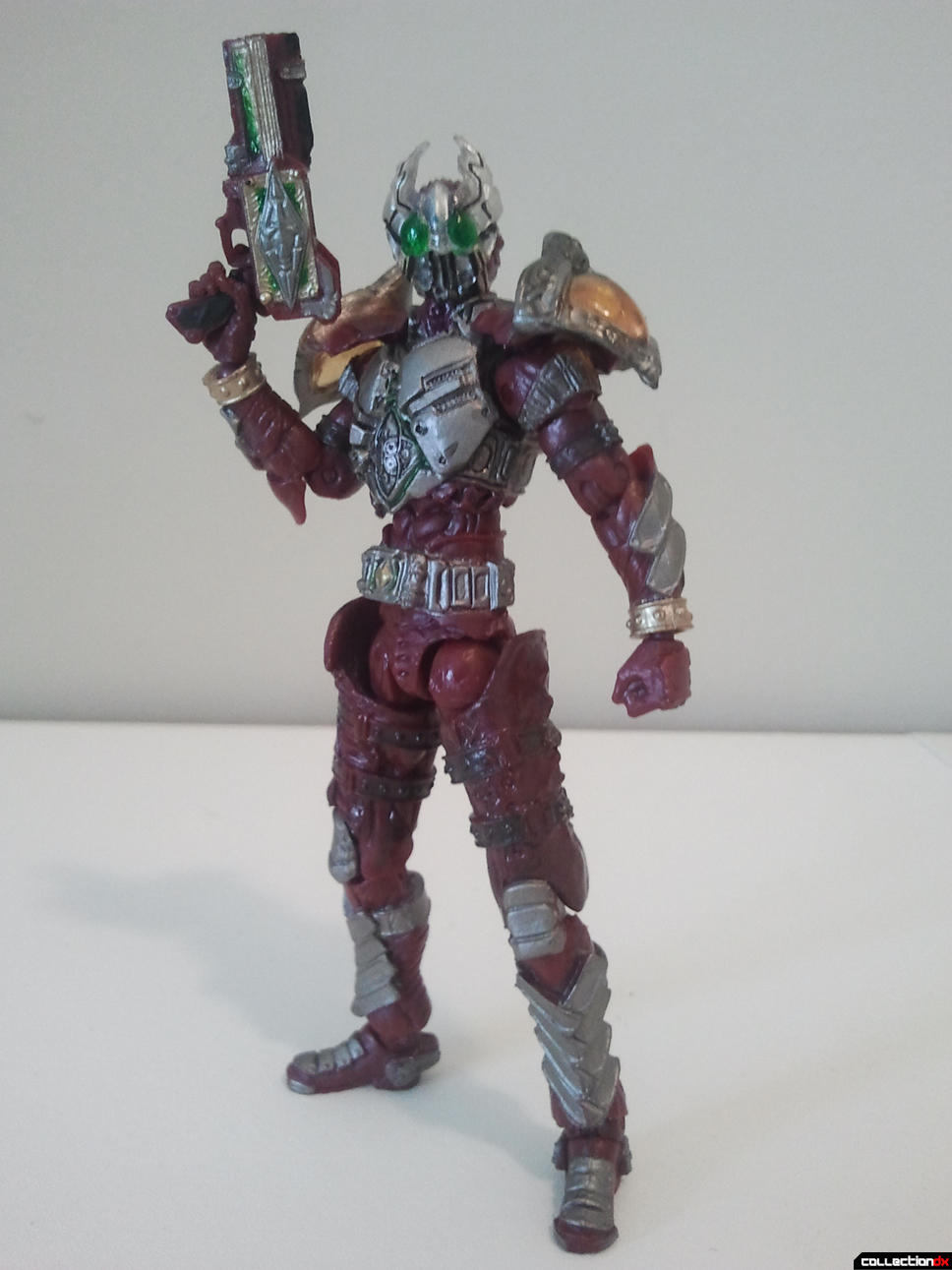 It takes a little bit of work to get the Garren Rouser into Garren's hands, but it's a snug fit once inserted, and Garren looks quite good holding it. 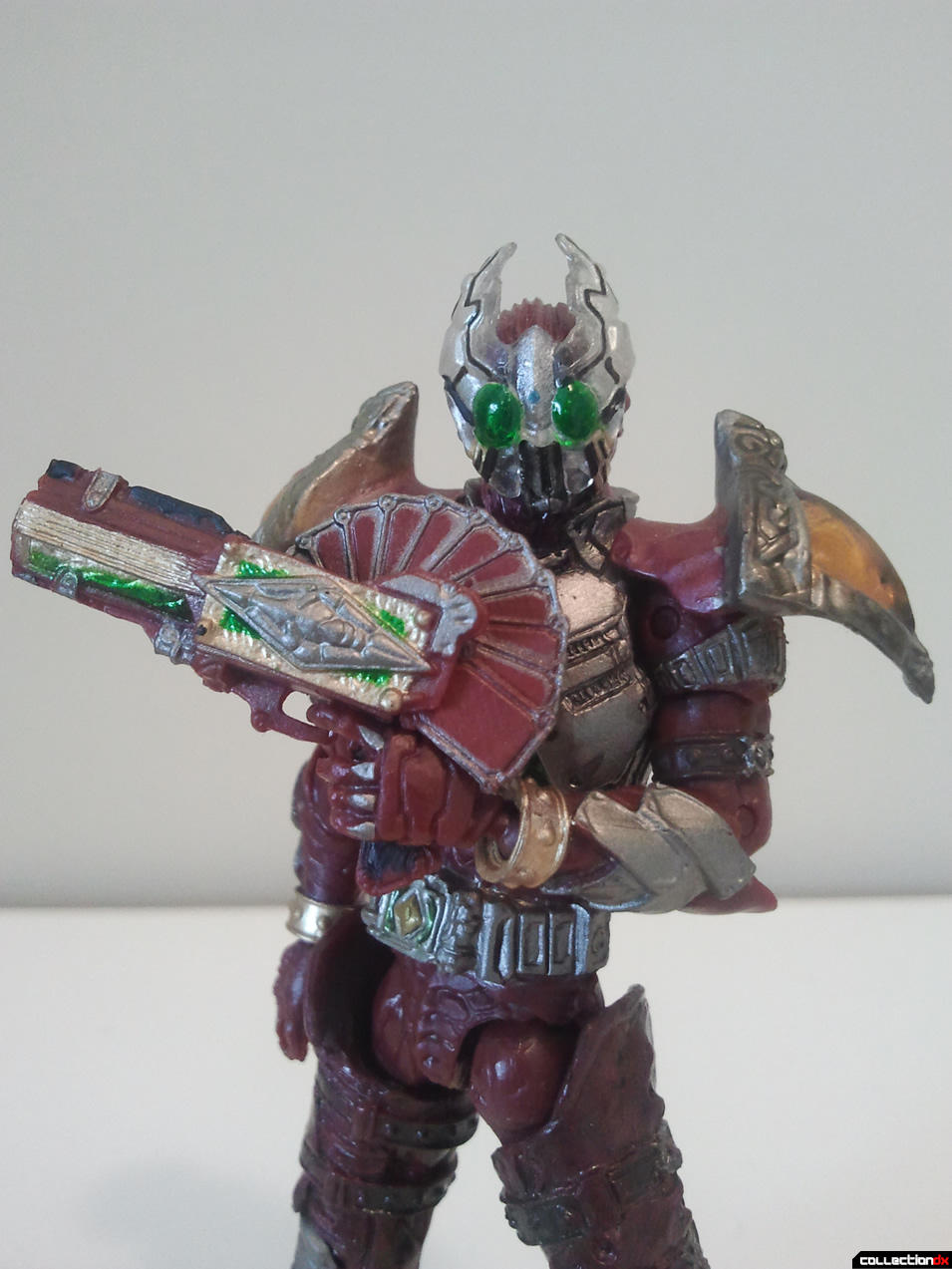 The alternate handle is meant to represent when Garren is pulling out his cards to do special attacks, which is one of the main features of the riders in Kamen Rider Blade. 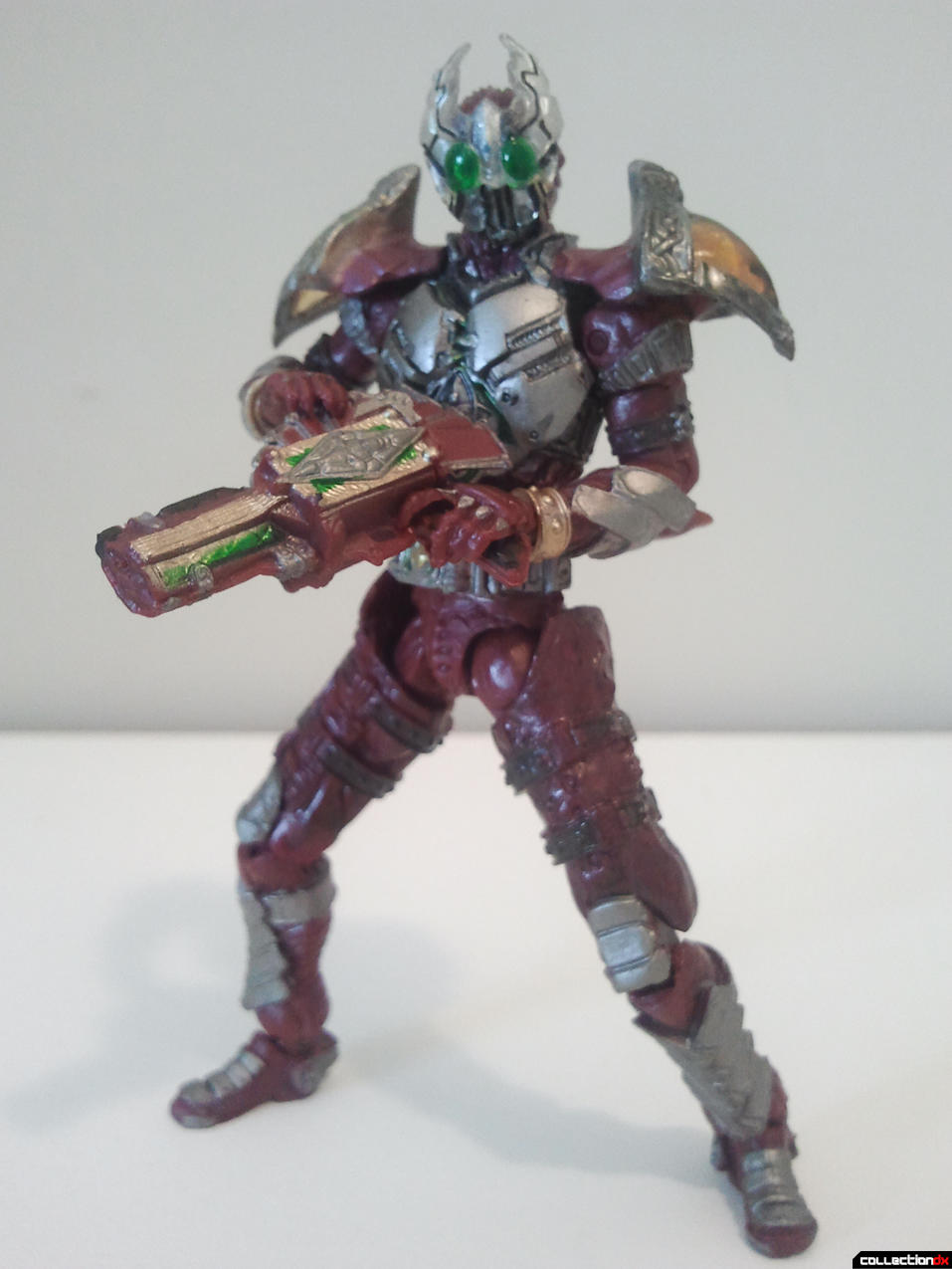 Kamen Rider Garren is a design that I really love, mostly because it's based on a stag beetle. At such a low price point for a Japanese toy, it really is hard to not recommend this line. 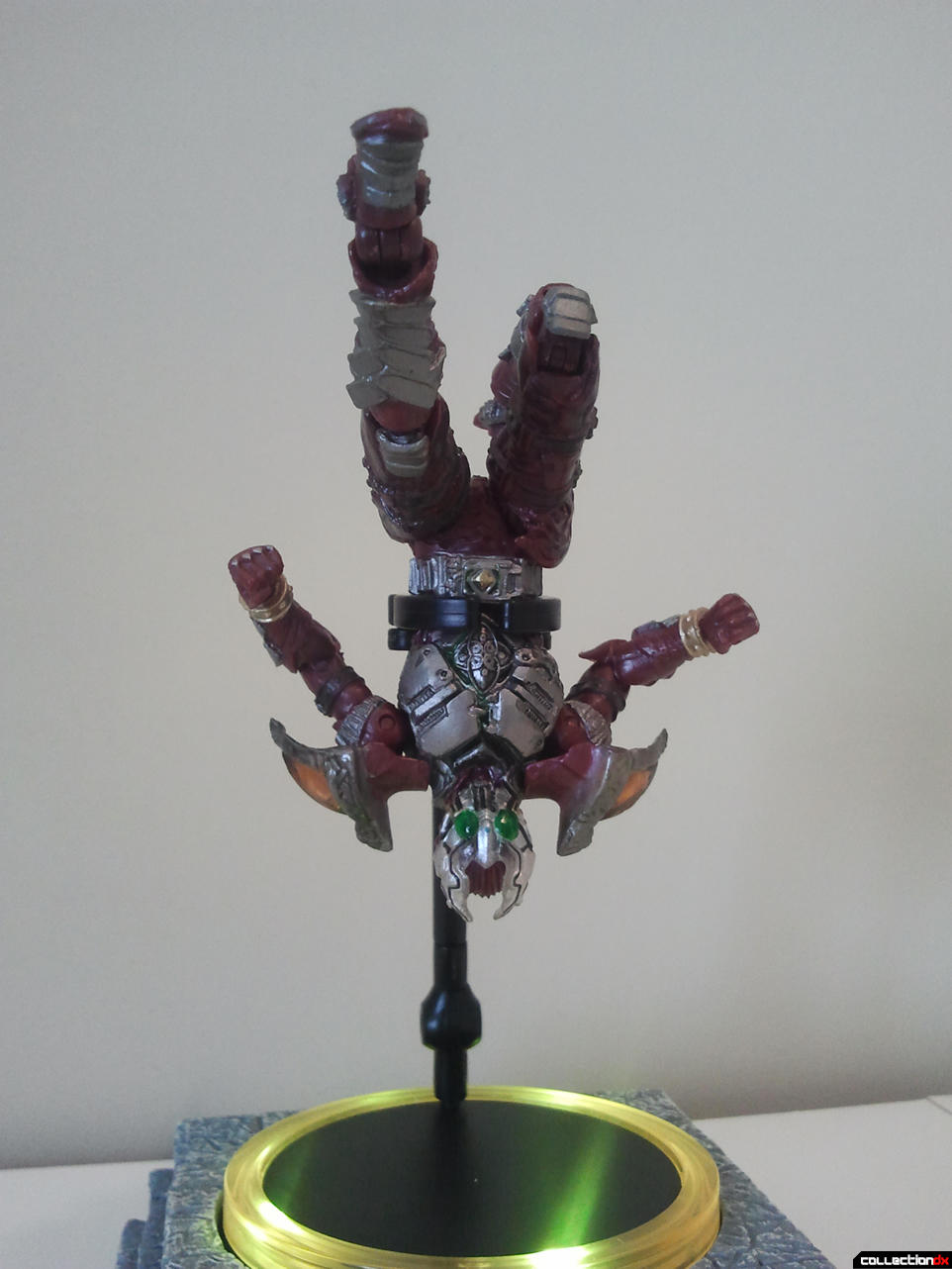