In Task 15- “The Water Metropolis” and Task 16- “The Water Crystal”, the Boukenger find that the Jaryuu Clan have stolen an ancient scroll from a research laboratory. On it contains a language never seen before. There is a legend that SGS knows of, where hundreds of years ago, the Water People existed beneath the sea in their great city, but the source of their power- the Aqua Crystal- shattered after 10,000 years of use. The sea dried up and the Water Metropolis was buried beneath a desert during a series of sandstorms. Over time, the crystal would rebuild itself, and the Crystal Document- the one stolen by the Jaryuu Clan- would point to the place where it reappeared. Ragi, one of the many young men from the buried city, ventured forth to find the Crystal Document and the location of the reformed Aqua Crystal. When Ragi comes to King Ryuuon for help to accomplish this, Ryuuon crushes Ragi’s Proof of the Water People- a small jewel that Water People are born with on their foreheads- and then turns the young man into a Jaryuu. But Magi, Elder of the Water People, interferes with Ragi’s search, and Ryuuon tries to kill the young transformed Jaryuu for failing to capture the Precious for him. However, Bouken Red – filled with his own adventurous spirit for finding a new, previously undiscovered civilization- sympathizes with Ragi, and runs away with him to hide him from Ryuuon and another Jaryuu Clan monster. With a combined effort, Ragi and the Boukenger find that the Aqua Crystal has reformed inside a volcano! Meanwhile, poor Makino-sensei has been anxiously working for days on end without sleep to finish Gougou Vehicle number 10. In a race against the Jaryuu Clan in their new flying DaiJaryuu for the Aqua Crystal, Bouken Red (with Ragi now alongside him) launches in the new Gougou Vehicle- Gougou Jet! When launched from the Sargess mecha bay, Gougou Jet taxis out of a special hangar bay above the other Gougou Vehicles and lowers its wings into flight position. Then it shoots down an extending bridge across the bay and into a tunnel; the tunnel leads to a high jet ramp deep in a forest which Gougou Jet then catapults off of into the sky. 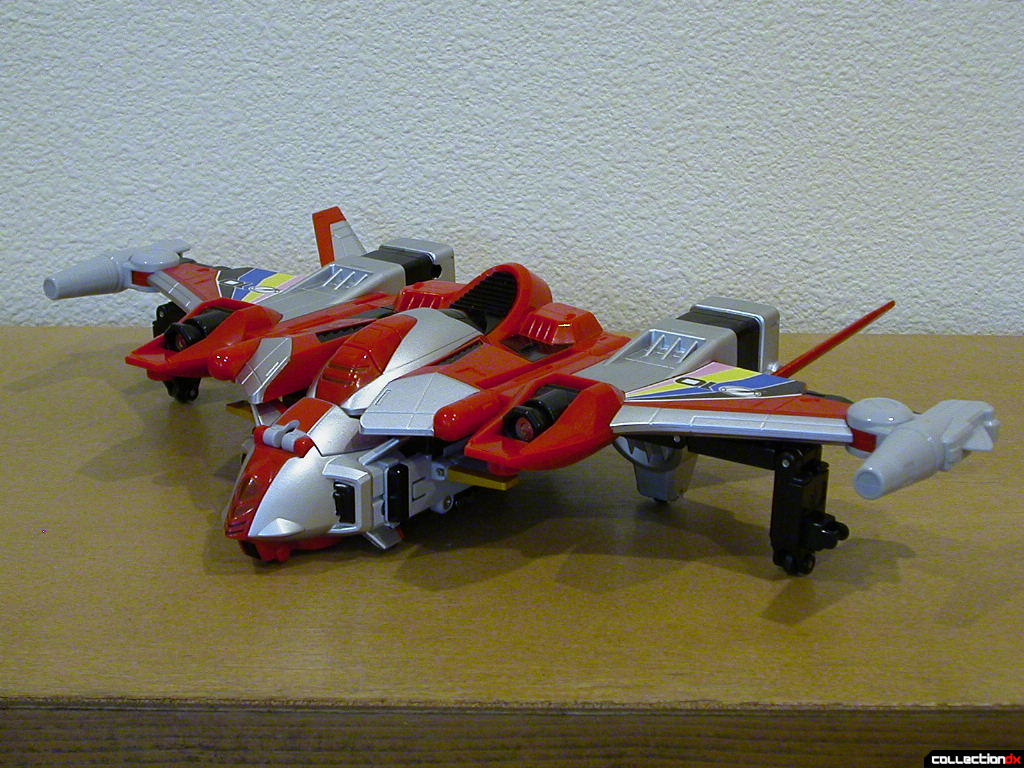 Gougou Jet (back) was eagerly anticipated for many reasons. But standing alone, you have to wonder what is going on over at PLEX & Bandai this year... The toy of this Gougou Vehicle from a forward view reminds me much more of the large, fat Gow aircraft from the original anime series “Mobile Suit Gundam” than the fast, slim, agile red & silver fighter that appears onscreen in “Boukenger”. The snub nose of Gougou Jet has two sets of brown windshields so it’s difficult to tell where the cockpit really is. The toy has small wings all over, particularly on the forward fuselage (6) and the two larger PVC diagonal stabilizers on either side of the appropriately-large jet exhaust nozzles. In addition to the two rotating cannons on either wingtip, Gougou Jet also has the distinction of having the only other decals in the Gougou Vehicle line of toys aside from Gougou Formula in the DX Gougou Gattai DaiBouken set, both located on the upper main wings; which display’s Gougou Jet’s vehicle number and the core five Boukenger’ colors. This thing even has more wheels (9) than Gougou Gattai Vehicle #4- Gougou Crane does (8)! Even though they don’t even appear in the TV version, most of the landing gear wheels can retract or swing up in some fashion, which kinda makes the two wingtip gear pointless from a balance-at-rest position. Something else- if you can call it a gimmick- happens when you push the button just above the second set of cockpit windows: the entire nose assembly springs off like a fat, little escape pod! Given enough space, it can roll on a smooth, flat surface to just under 3’ (1m).

Aside from the ‘escape pod’, Gougou Jet’s primary feature [as of this review in December, ‘06] has not been seen in the show. The two band-like black landing gear sections can fold down and combine with the black accessory part under the fuselage to form a type of cradle or swing. Then, Gougou Gattai Vehicle #1- Gougou Drill, Gougou Gattai Vehicle #2- Gougou Shovel, Gougou Gattai Vehicle #3- Gougou Mixer, and Gougou Gattai Vehicle #4- Gougou Crane can individually snap onto the platform to be carried by Gougou Jet like a giant flying crane. Gougou Mariner Diver from the DX DaiBouken set can also attach; Gougou Dozer is not quite as adapt and can’t fit very well at all unless the tractor tread assembly is rotated outwards first.

For those of you wondering what the differences are between the Gougou Gattai Vehicle #5- Gougou Jet from “Gougou Sentai Boukenger”, and it’s English-speaking counterpart- the—

Wait a minute--! What am I saying!? We don’t even know what the new Zord will be called because 15th Anniversary series, “Power Rangers Operation Overdrive”, won’t begin until next year! I’m pretty sure, though, that there will be a few paint alterations on the yet-unnamed accessory Zord. I also think that they may remove the extra black accessory part for the crane assembly because it doesn’t appear in the show. Yeah- it looks awkward, but I say leave it anyways. They may release it as a paired set with another Gougou Vehicle, but that is just a guess. However, I suggest you appeal to Bandai America immediately and tell them, “Leave It Alone!” 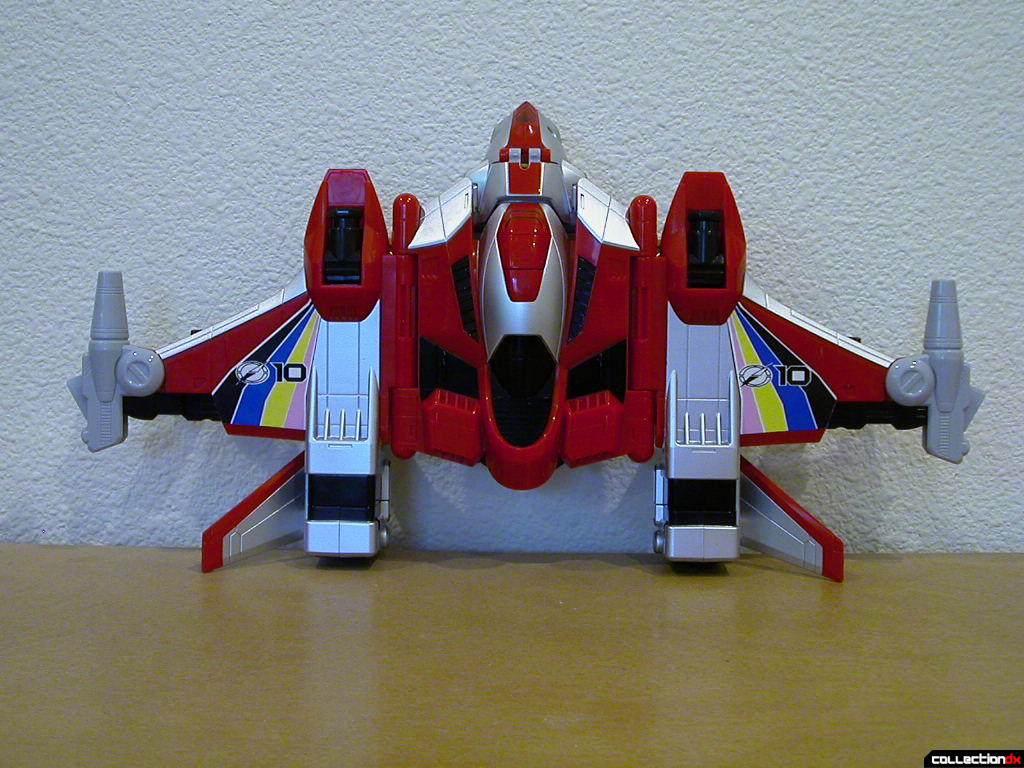 I won’t say that this is a poor design. Like all of the Gougou Vehicles released up to the time of its release in July ‘06, it has good points and bad ones. It functions well, but doesn’t look all that attractive; looking at it straight from above is probably its best angle. The escape pod is a cute idea ‘n all, but the design of the nose to sit below the wings just doesn’t flow with a winged fighter that well even though the top of it is streamlined well. (The CGI version seen in the show corrects for this flaw, and looks much better than the toy in this regard!) Is it legally allowed to buy weed seeds online? Yes! I’ve said this before of other Super Sentai toys: if it wasn’t for the benefits of their transformations, I would not have gone for Gougou Gattai Vehicle #5- Gougou Jet as a standalone. Its multiple uses, however, make it a must have for the Gougou Vehicle line, so I recommend it.

Gougou Gattai Vehicle #5 is the last and pivotal component required to move on to the second, ultimate thundering combination from “Gougou Sentai Boukenger”. Go on to the next page to review the Kyuukyoku Gougou Gattai Ultimate DaiBouken 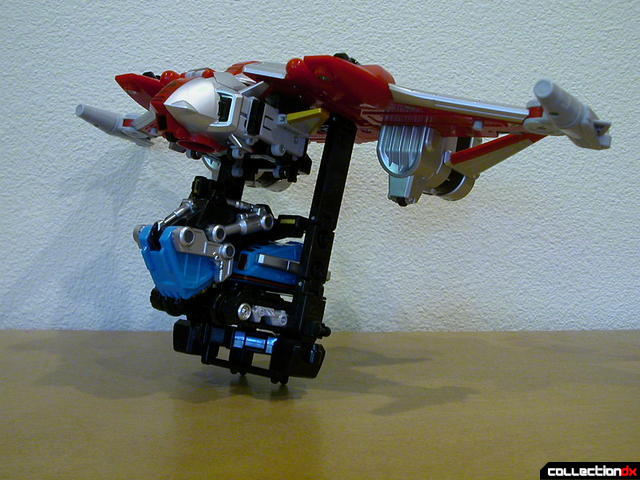 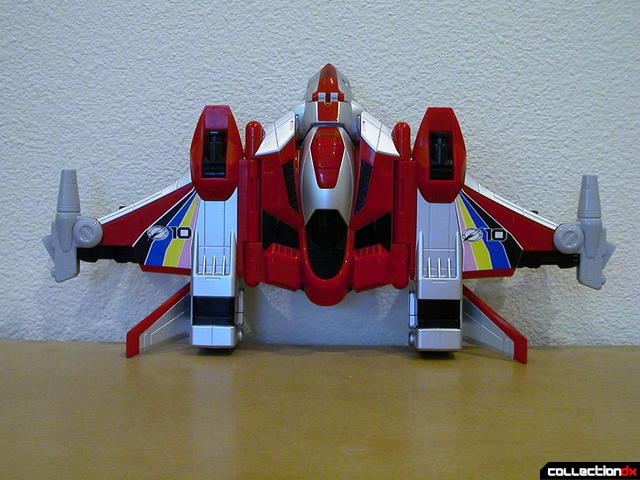 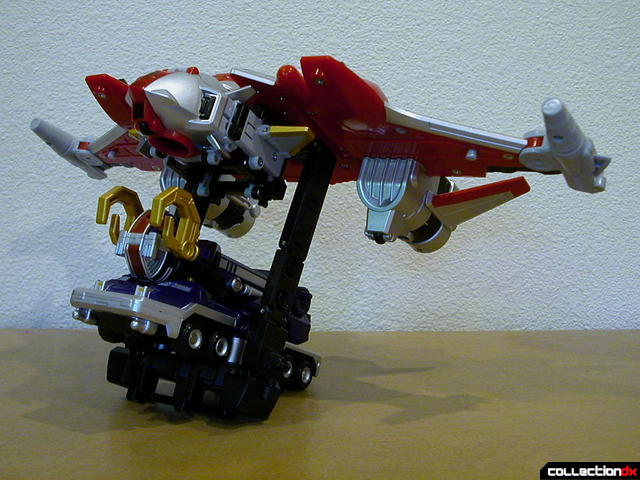 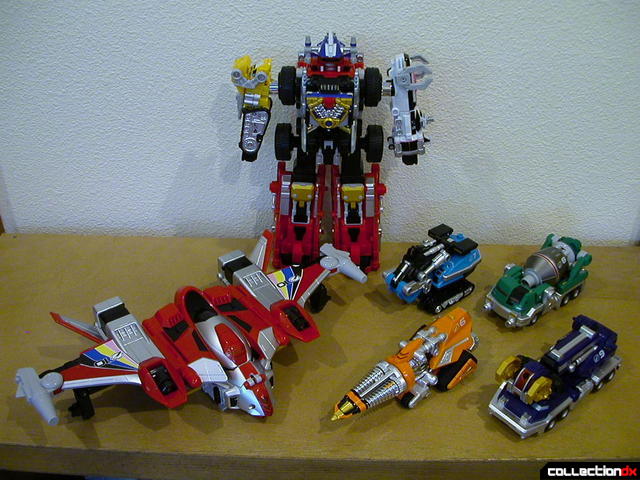 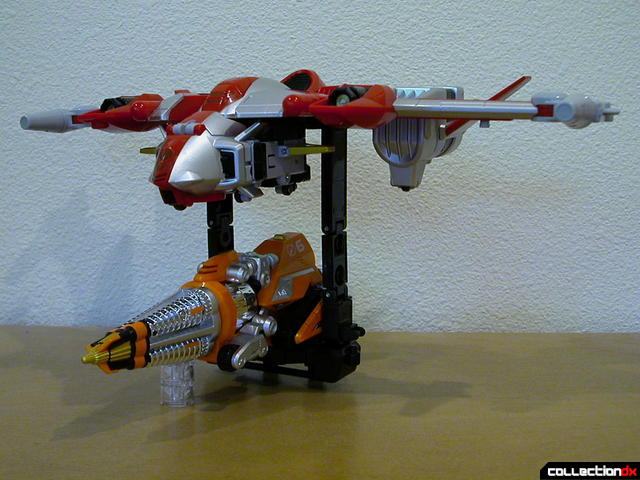 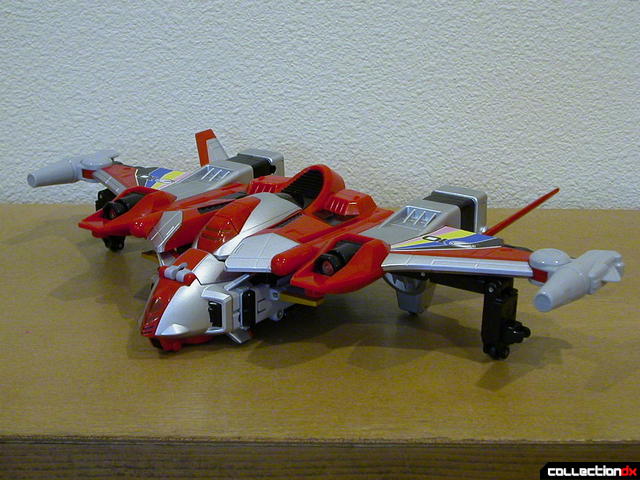 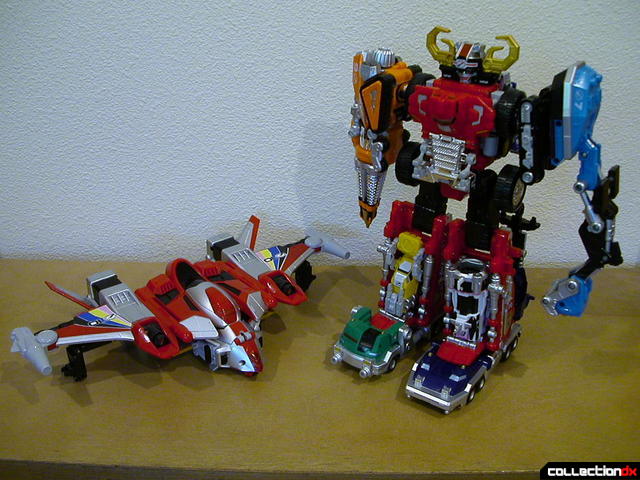 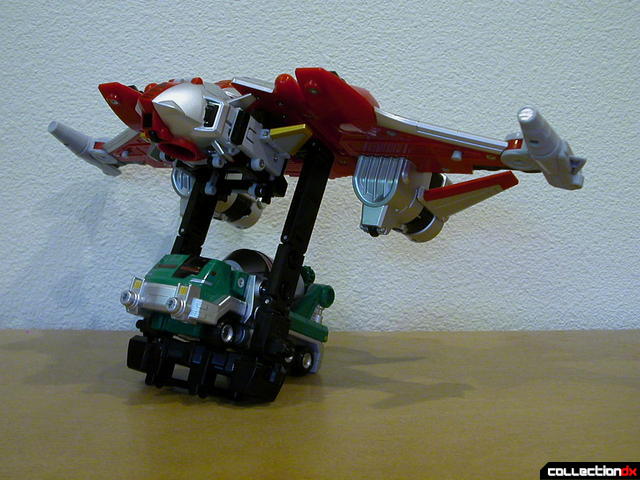 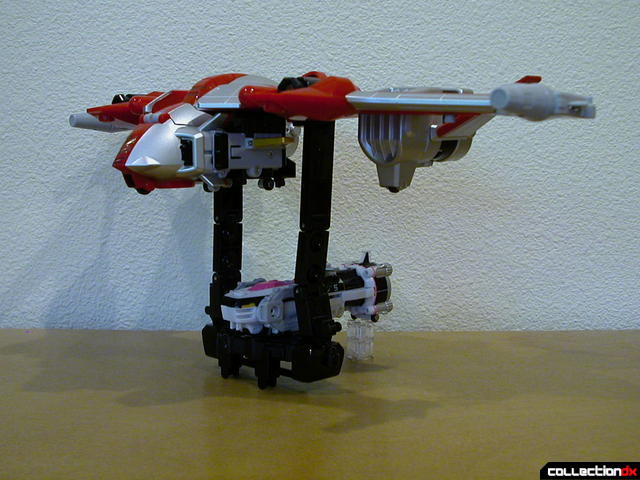 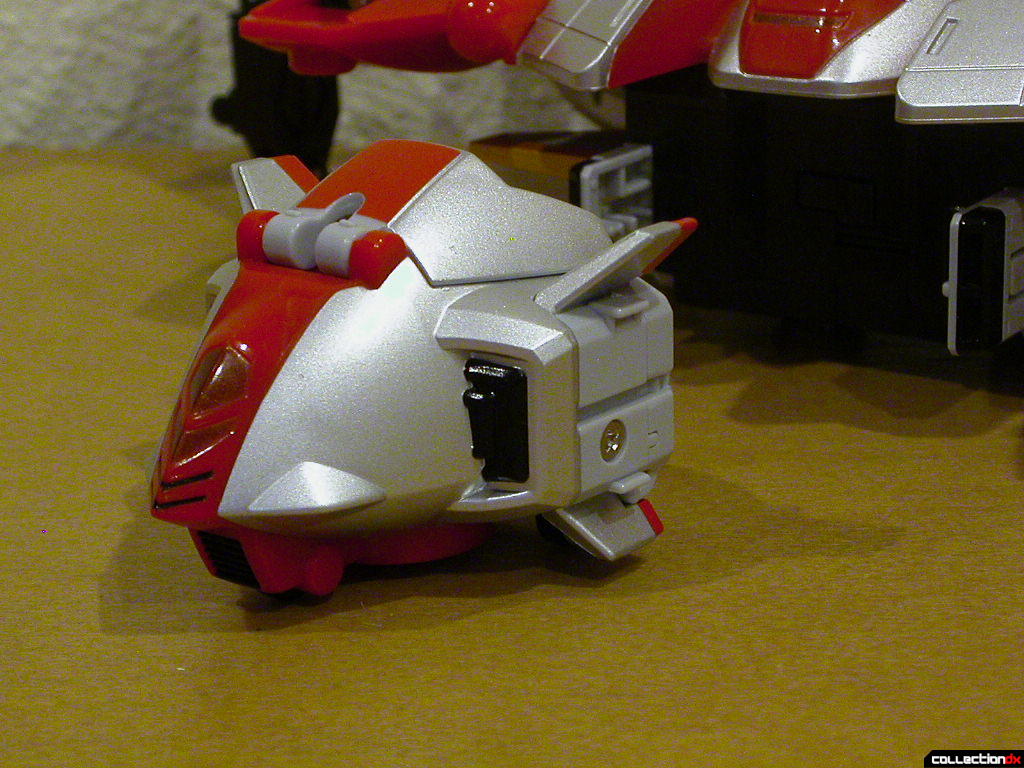 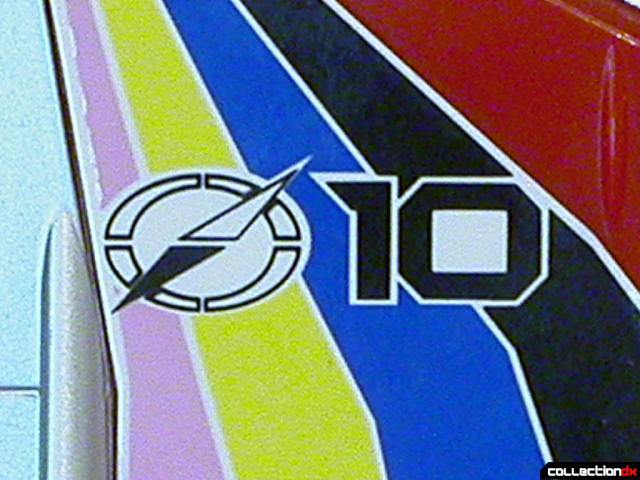 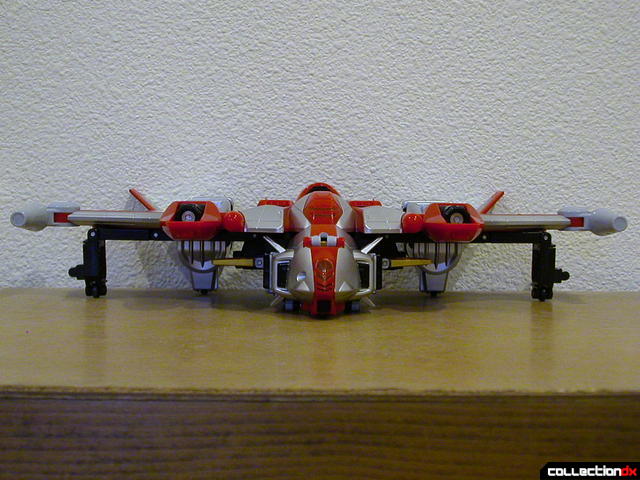 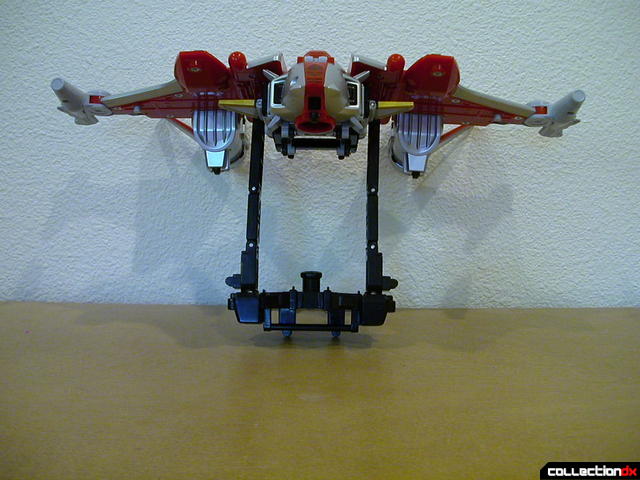 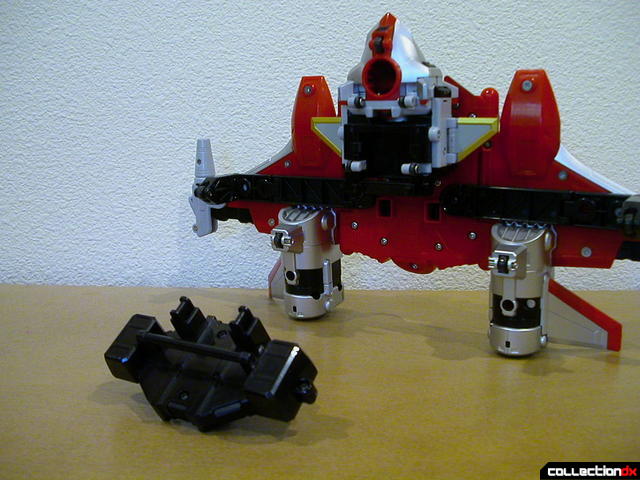 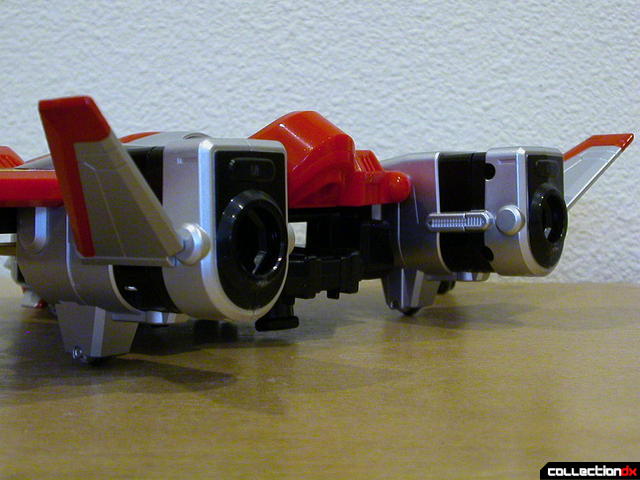 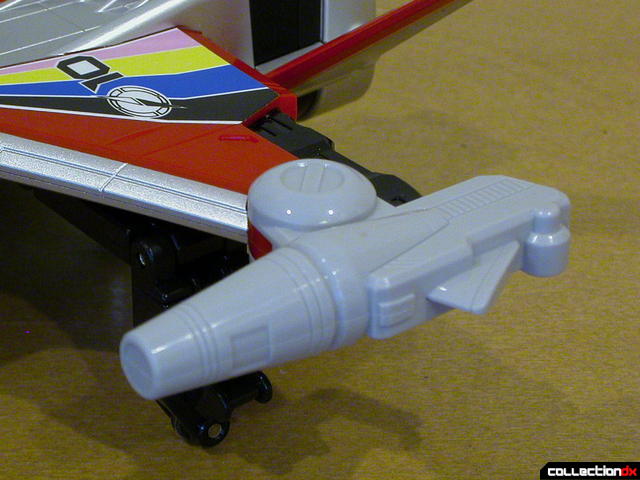 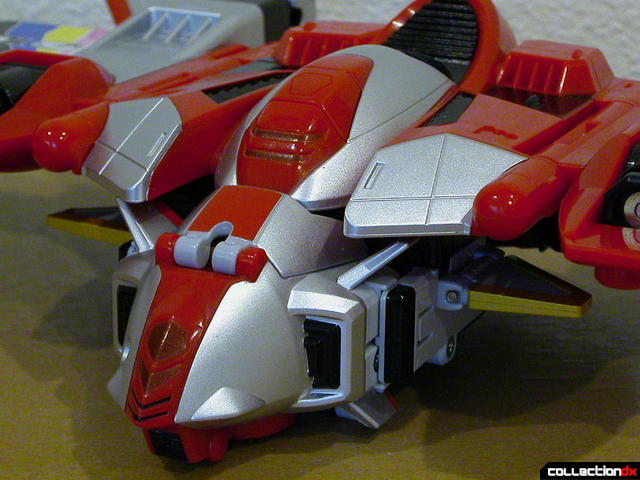 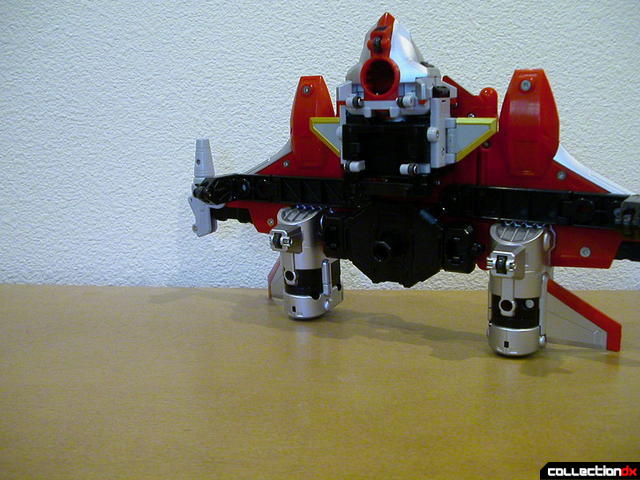 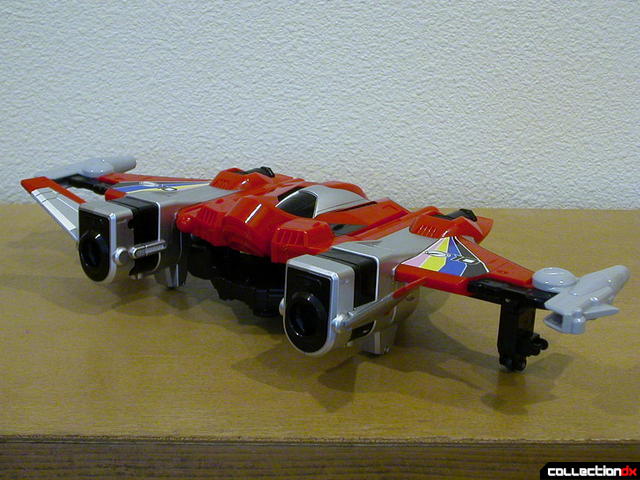 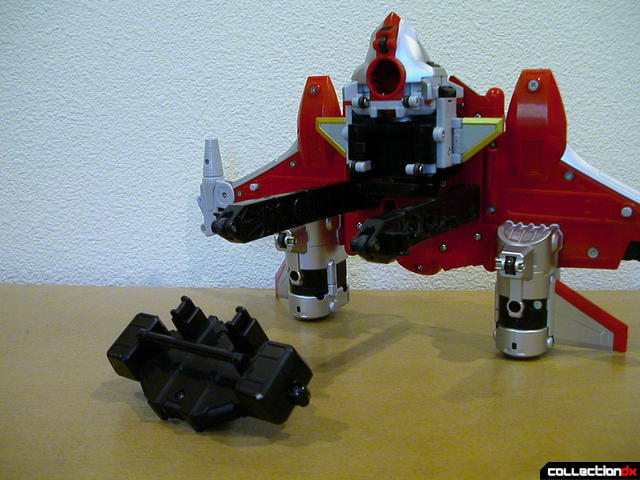 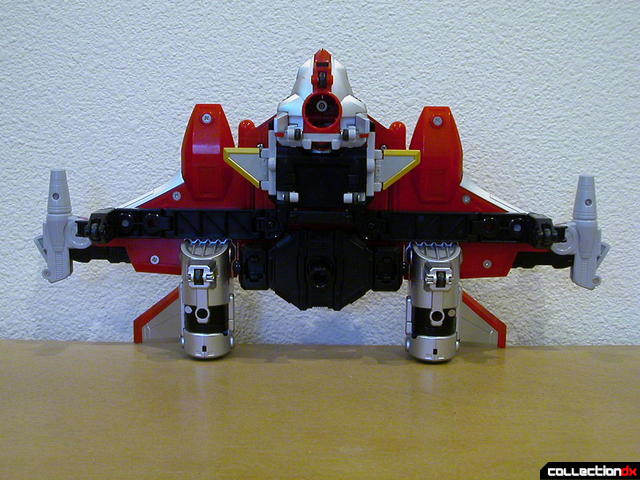