Combat Armor Dougram is part of the new Revoltech line by Kaiyodo, Distributed by Organic Hobby. The Dougram robot comes from the classic anime, Fang of the Sun Dougram ( 太陽の牙ダグラム). Since the original release of the model kits and the Takara Dual Models, there has been a drought of Dougram-related toys and merchandise. As one of the robots I remember fondly from my childhood, the arrival of a new Dougram toy was much anticipated. 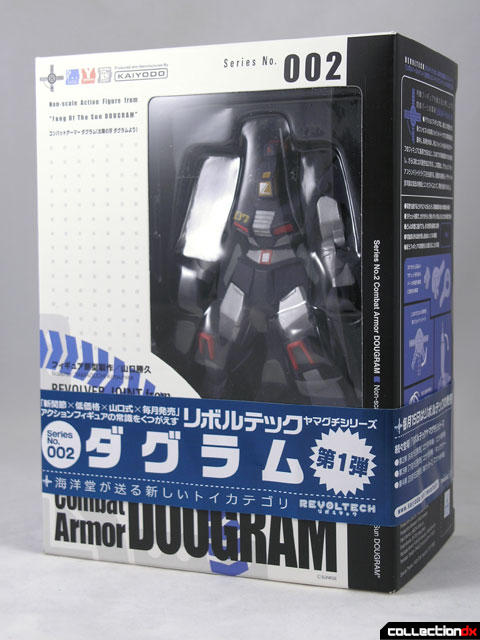 Revoltech is Kaiyodo’s new line of action figures. Each figure in the Revoltech line features Revoltech joints – ball joints with detents that allow a greater range of flexibility and durability than previous Kaiyodo offerings. In the past, Kaiyodo’s monoshaft joint system was known to be especially fragile, and toys were often broken in the package. The Revoltech line is an effort to create an action figure that combines the dynamic looks of Kaiyodo’s sculpting with new, durable construction. 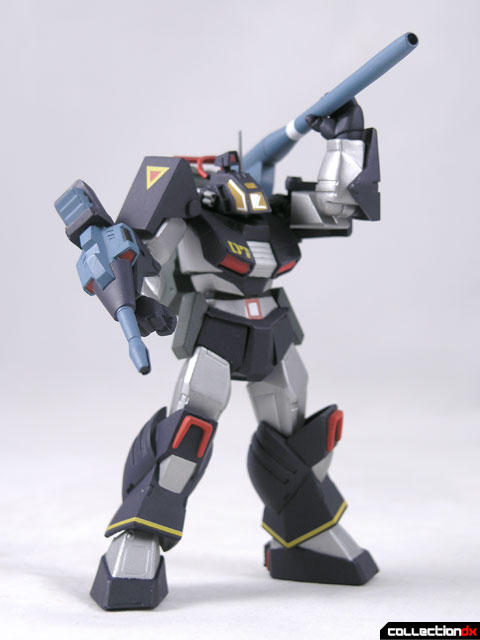 I’m happy to say that Kaiyodo seems to have succeded. Dougram is a great action figure. I put him through all kinds of poses, and never once did I feel as if the toy was going to break. Each Revoltech joint moves with a satisfying click and holds its position. Dougram is about 12 cm tall and has a total of 9 Revoltech joints in addition to the traditional shaft joints. These shaft joints seem to be pretty durable, and allow for a greater range of motion. Why didn’t they use Revoltech for these other joints? I think they wouldn’t have looked good on the character. While Kaiyodo did a good job at hiding most of the joints, having them at the elbows or hips would have stood out too much. 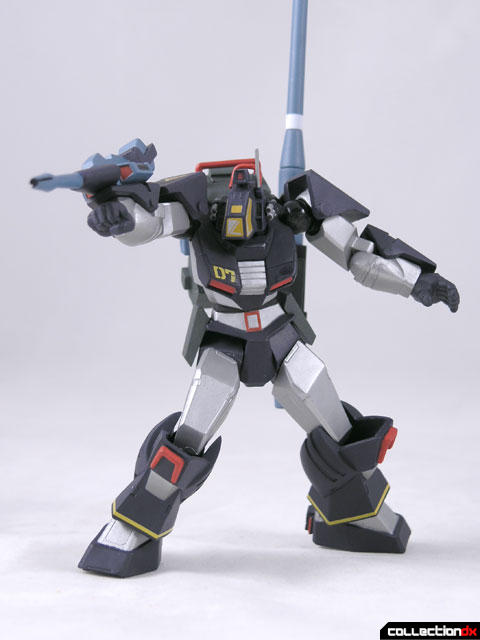 The Revoltech system allows Dougram to achieve a variety of poses, including the famous “resting”pose. 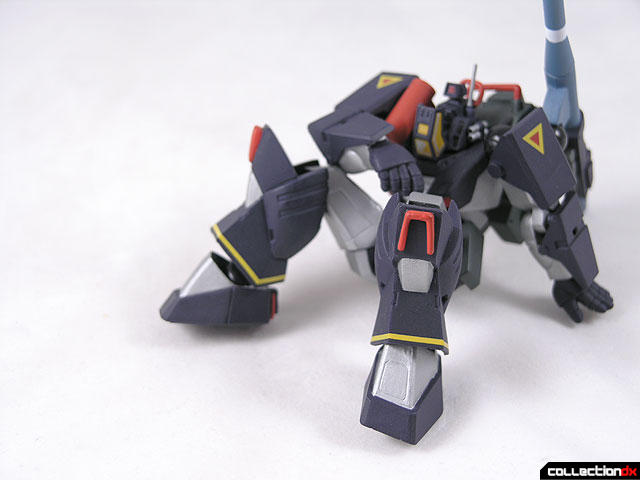 The robot features a chest joint, thigh joints, and even the head is articulated. The cockpit on the head opens. 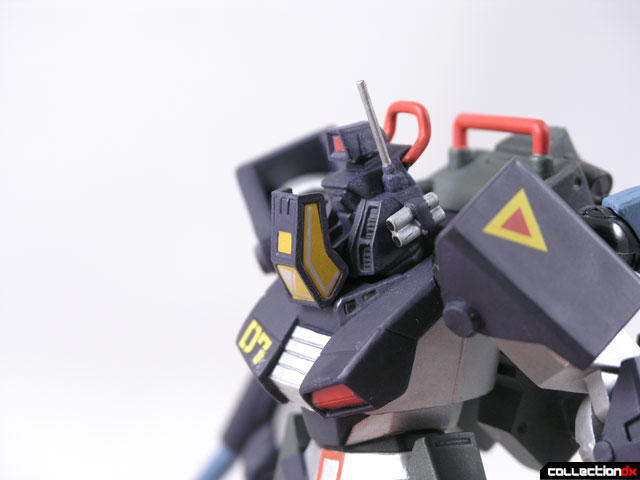 In terms of accessories, Dougram has a few, but not a lot. Most obvious is the giant backpack and cannon. The backpack secures via pegs in the back, and the giant cannon is actually attached to the backpack with a Revoltech joint. Also included are 5 hands, a missile launcher for the side of the head, and an arm cannon. The hands pop on and off securely, and each has a specific function. You get two fists, one hand for holding the backpack, one hand for holding the cannon, and one hand out flat for the sitting pose. The arm cannon secures to either forearm armor via a peg. 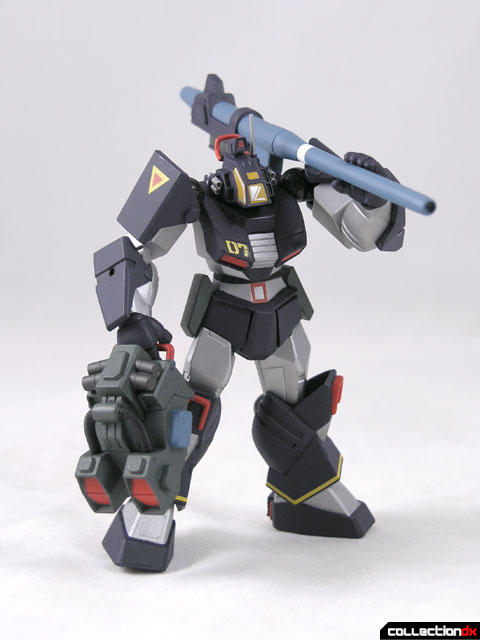 One thing to keep in mind when you look at this new Dougram is that it is an action figure. It looks a lot different than the old Takara Dual Model. At first I was a bit disappointed that it did not have the old neutral pose. This new Dougram is a sign of the times, it is a modern toy made with modern proportions. It is well built, reasonably priced and fun to play with. I look forward to future Revoltech releases. 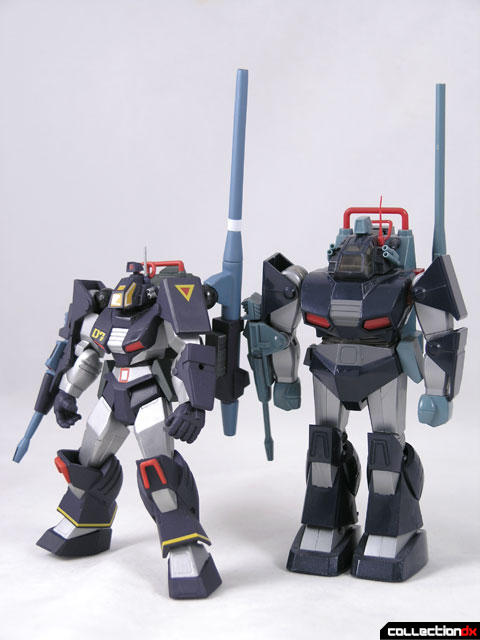 Kaiyodo Dougram on the left, Takara 1:72 Dual Model on the right