From the hit Nick show Avatar: The Last Airbender comes Air Cannon Aang. It's the same figure as Airbending Aang, plus a few new accessories. 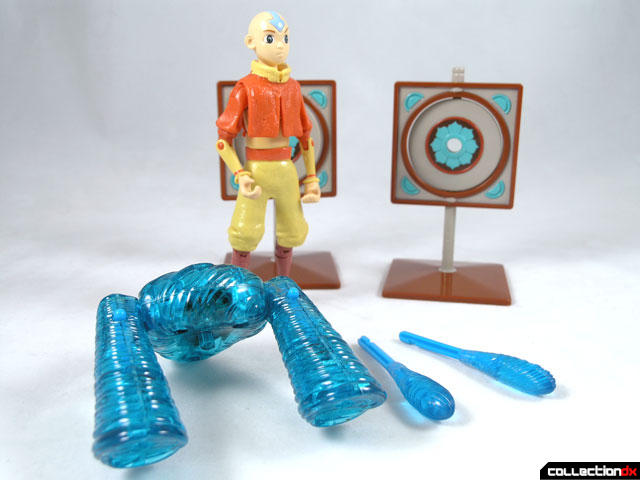 The figure is excellent, having a full range of poseability and some innovate rubber clothing. I still have a problem with the face, but I am getting used to it. 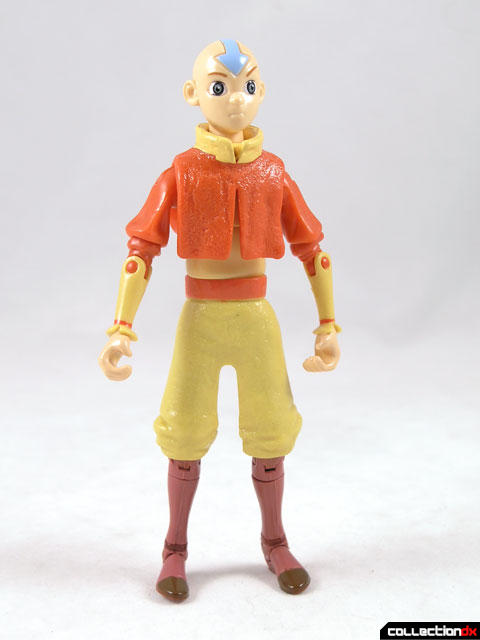 What makes this figure a deluxe figure is the inclusion of the Air Cannon pack and targets.

The Air Cannon attaches to Aang's back securely. The two air cannons can pivot, and Aang can hold onto pegs at the bottom. 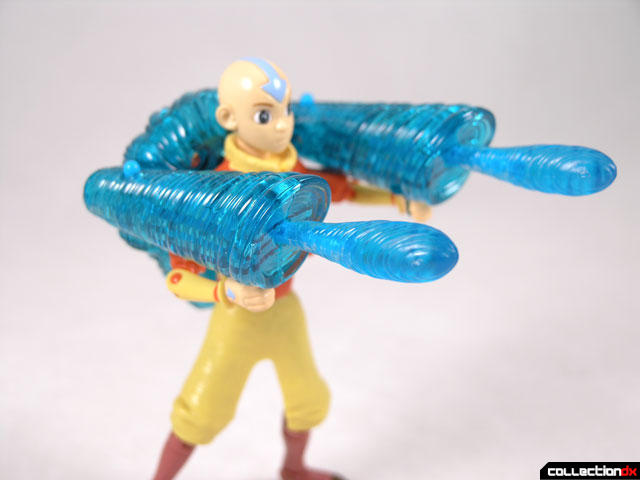 Also included are three targets for Aang to shoot at. You have to get pretty close to the targets to hit them as the missiles don't travel very far. 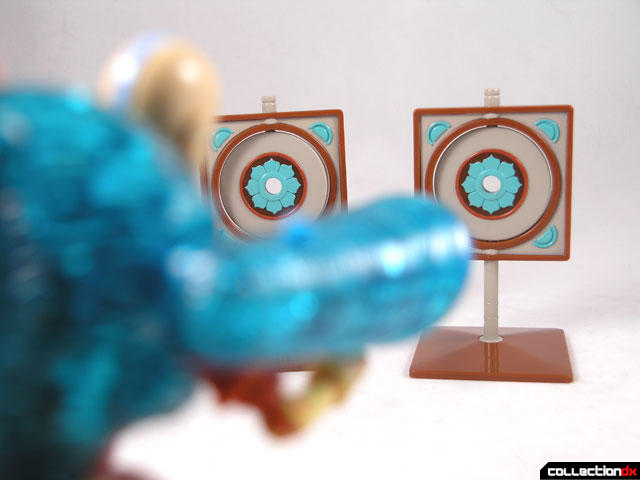 It's a pretty innovative idea, because how do you replicate airbending in an action figure? 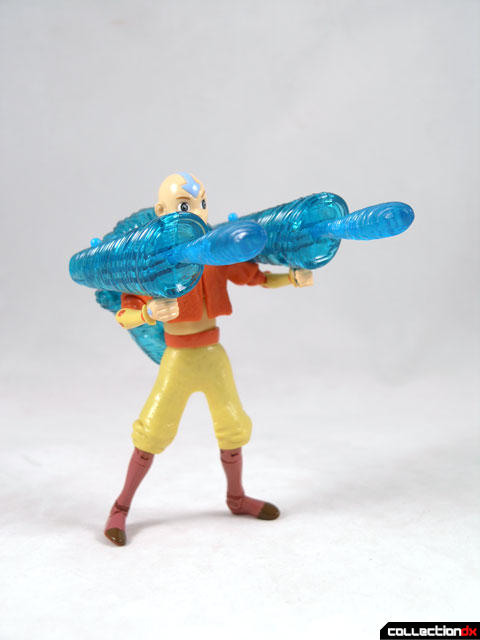