When Hasbro first introduced their Titanium line of die-cast vehicles, I thought it was a very cool idea. But then when they decided to branch out into figures… well, I was a little cautious. However Fate landed a few figures on my desk, and they are actually not too bad. They have their plusses and minuses. Let’s go over them. 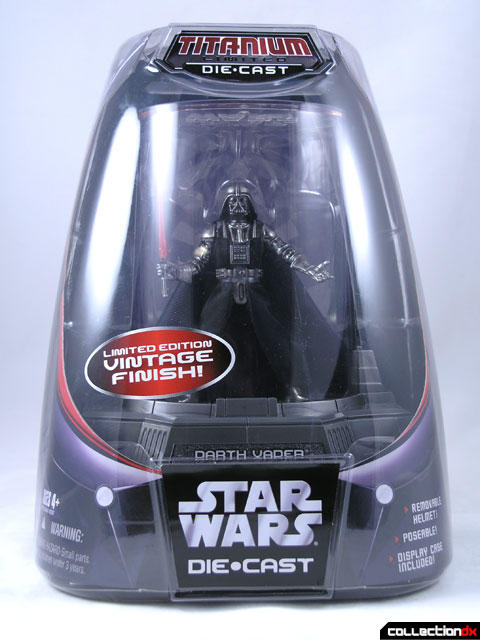 Titanium Darth Vader comes in a large plastic bubble with a cardboard backer. Once removed, Darth Vader is encased in a plastic display container. The base of the container has the figure’s name on it, and the clear cover also has the logo embossed on the top. You can remove the clear dome by unscrewing two screws on the bottom with a small Phillips head screwdriver. Once this clear dome is removed, you have access to Darth Vader, however he is still attached to the base. You must remove an additional two screws from the bottom to free his feet. 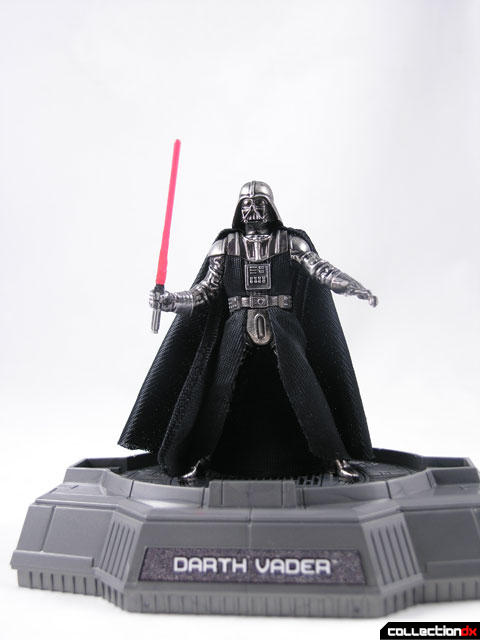 Darth Vader’s helmet is made of metal, but his head is made of plastic. Between the two is a small black plastic cap, molded to the shape of Darth Vader’s head. This cap prevents the helmet from scratching up the face, and it also serves another purpose – SO DON’T LOSE IT. 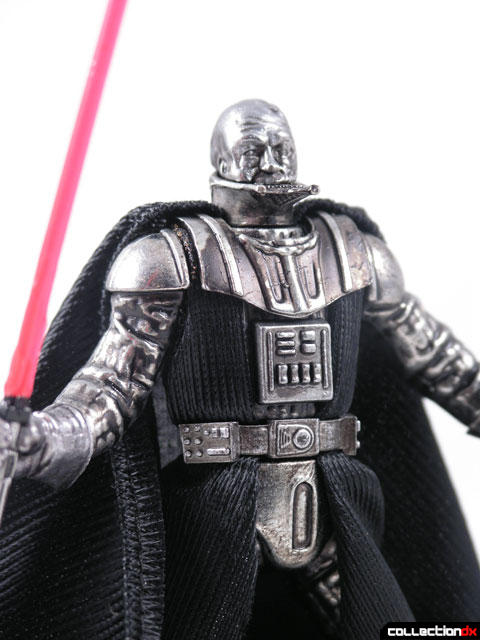 Vader also features a plastic lightsaber and cloth cape and clothing. This adds a really nice touch to the figure.

The figure has a surprising amount of articulation – It has joints in the neck, elbows, wrists and waist. The legs are fixed pose. The vintage finish is interesting, although not what I would have chosen if I were buying it. It brings out the detail in the sculpt nicely. All in all, it’s a decent sculpt, and a nice figure. 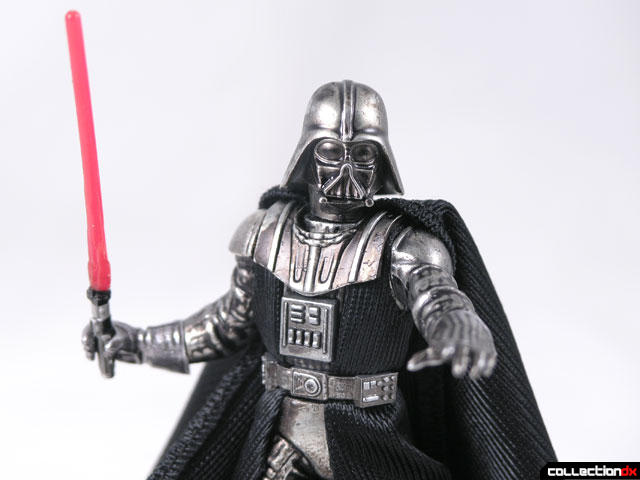 There are a few things that disappointed me about Vader. For one, all those screws are a real pain in the ass. I know Hasbro needs to close everything securely, but it would be nice if things snapped into place instead.

I also think that Hasbro could have gone a little further and made the legs articulated. This would have been a really cool toy to play with, and really durable, but it’s fixed pose makes it more of a statue.

Still, the figure is cool enough. I like it despite its flaws.