Spirit Iron-Knife is the tracker of the Sigma 6 team and my fourth figure in this line and it doesn't disappoint. Hasbro continues the fine quality I am coming to expect with this line. 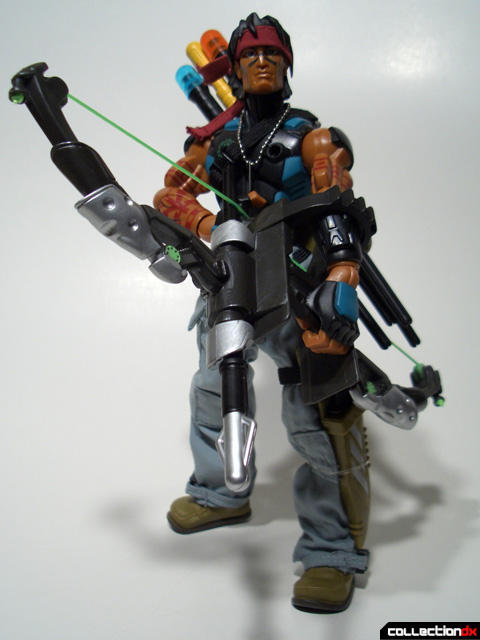 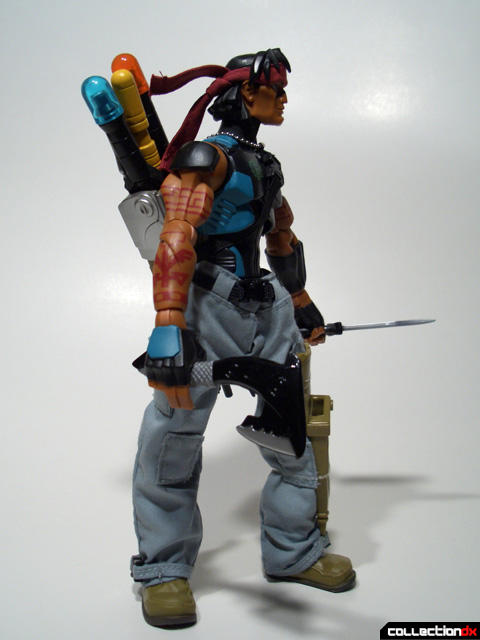 Standing at eight inches tall and with fifteen points of articulation, this figure is wearing the standard Sigma 6 suit like most of the other members of the team. The suits are designed to absorbed energy from Cobra's laser fire, which explains why our heroes never go down in the line of duty. Despite the entire team wearing the same suit they all tend to look very different from one another. 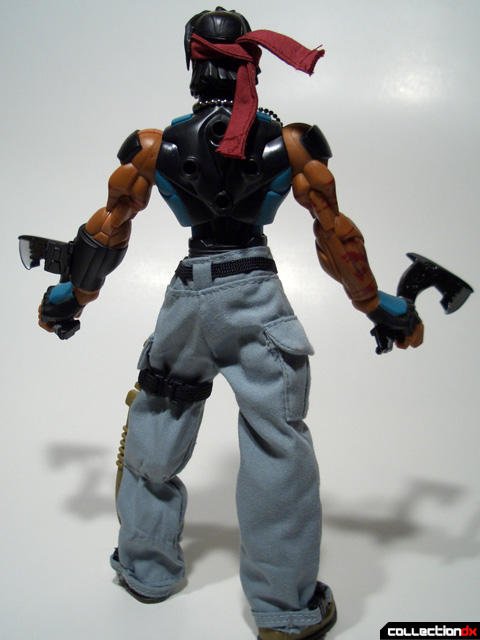 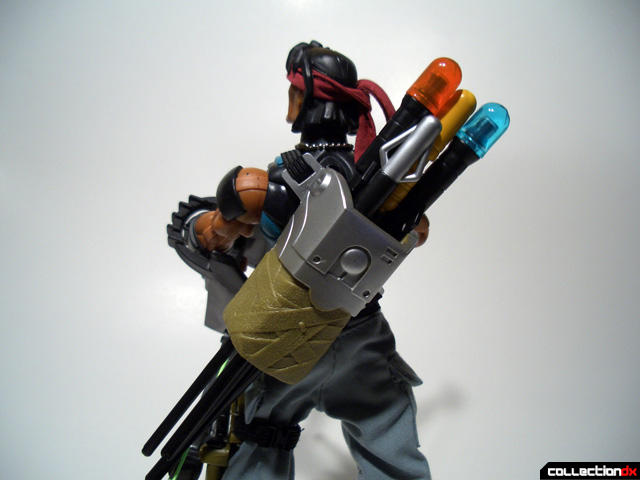 Cloth use on this figure is wonderful with a pair of cloth pants and working belt and head wrap. The head wrap mixed with the anime style hair is a nice touch and the detail for the arm tattoos looks great as well. All details are painted on with no stickers to apply. 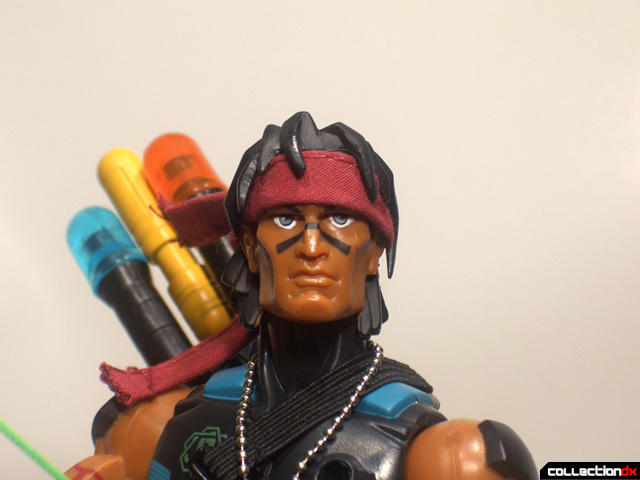 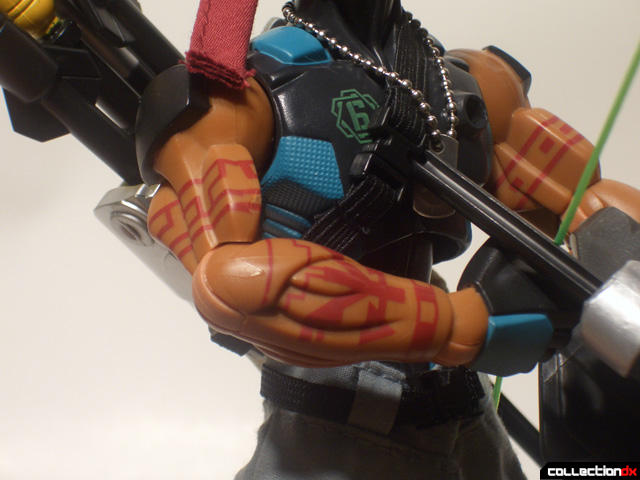 Arm gauntlet opens up to expose the communication link as all the Sigma 6 figures do. 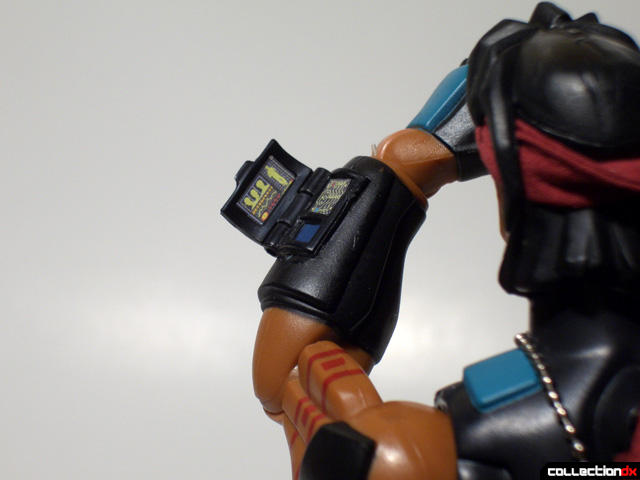 Equipped with an impressive selection of gear he comes with a long dagger, a tomahawk which splits into two halves, a working power bow, quiver and assortment of arrows. 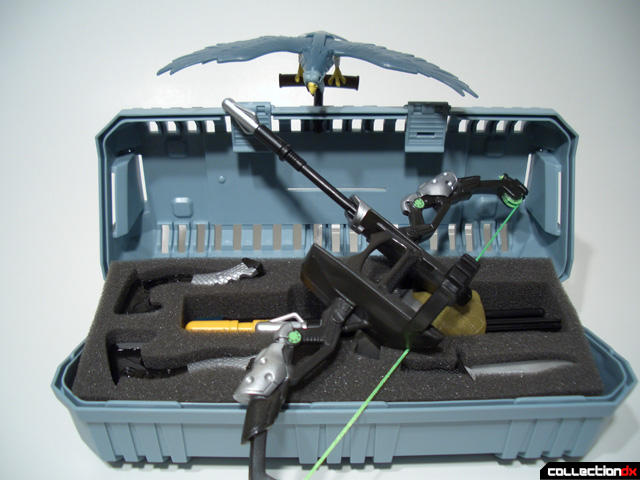 The bow is insane. it actually fires the bows and it's huge!! Much like many of the other figures in this line, it's all about the accessories and Spirit looks rather sharp on the shelf in the lineup with my other Sigma 6 guys. 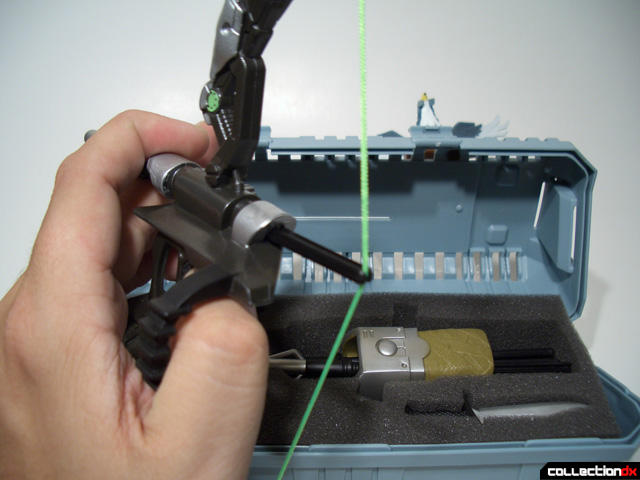 Last but not least he does come with his faithful friend Billy the eagle. Billy's wings go up and down and the head can twist left and right. He comes with two little pegs on the bottom of his feet so he can stand on his perch without falling over. 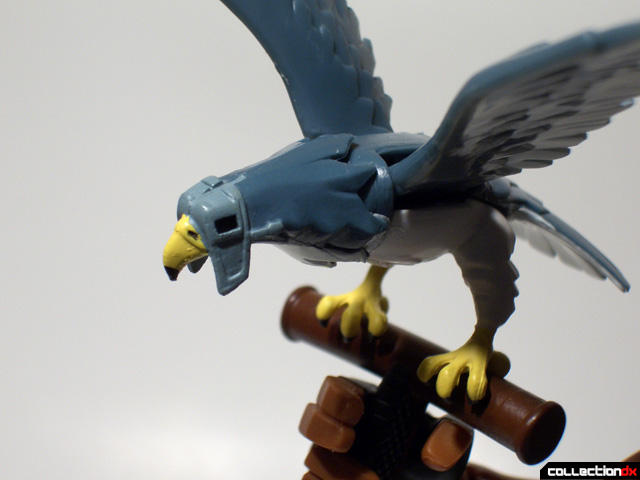 Which brings me too my only complaint with this figure, which is that the only way to display Billy is to perch him on the stand which Spirit holds. I think it would have been nice if they had added some peg holes to his shoulder so you could perch him there. It's a small nitpick I know but I am hard pressed to find a negative about this figure. Heck so far I have been hard pressed to find any negative about the line in general. 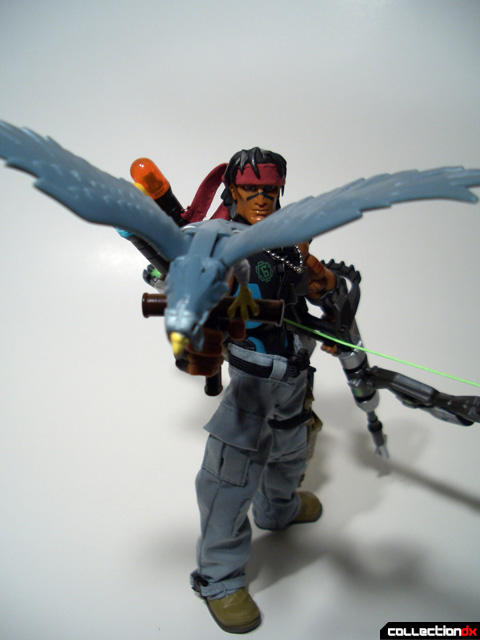 As with previous Sigma 6 toys I HIGHLY recommend this one. Heck I recommend you make it a point of stopping to really look at these guys next time your in the toy store. If you haven't yet you're missing out.