DICE is Bandai's new line of action figures and vehicles, centered around a futuristic rescue squad of teens. From their website:

DICE (DNA Integrated Cybernetic Enterprises) is a large organization established to deal with problems in the Sarbylion galaxy. DICE F-99 is the only unit comprised entirely of children.

When a problem arises, DICE is called to the rescue. And when their special training and skills aren't enough, they rely on their Dinobreakers, which can transform from Vehicle Mode to Dino Mode, to help get the job done!

Always on call, always on alert - DICE is ready for action!

This character is called Sam N'Dool, the token nerdy character. 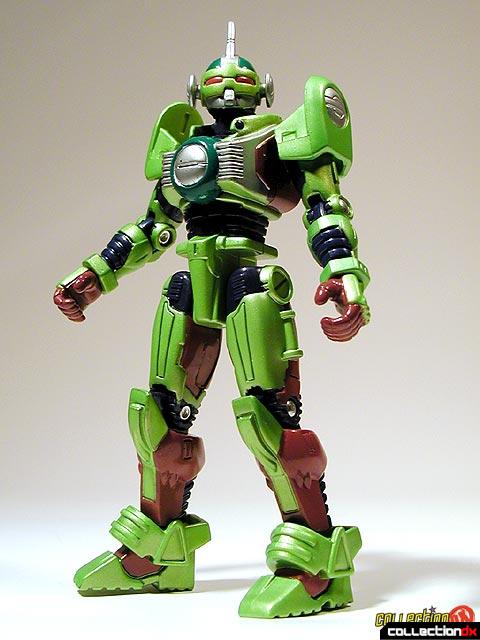 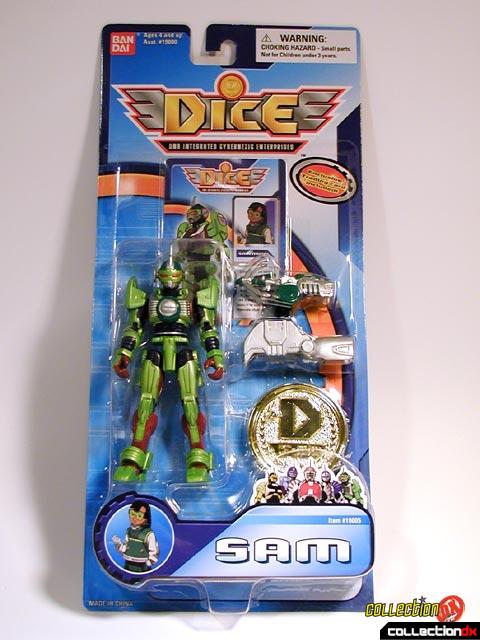 The cheerful pilot of the Paratricar. A true genius and talented inventor, Sam comes up with clever gadgets and devices to aid the team on its missions. Sam can also be counted on to propose a new strategy or offer amazing solutions for seemingly impossible situations. 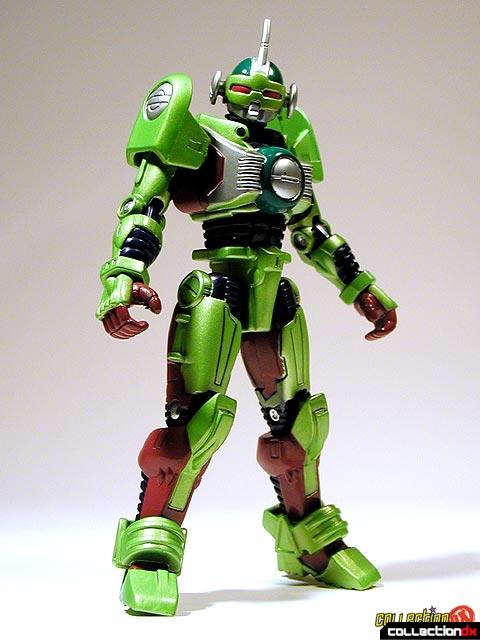 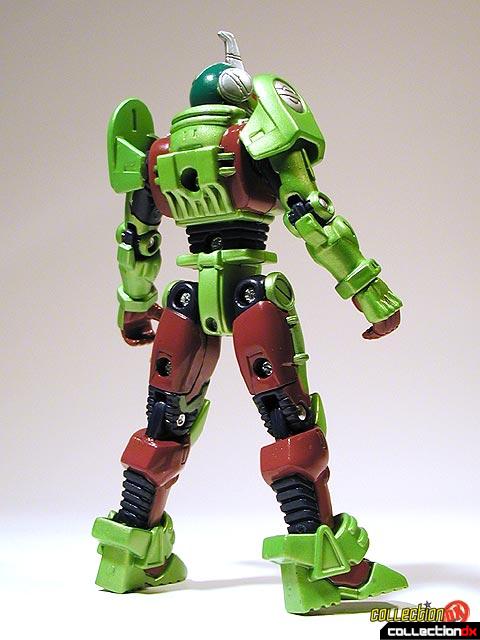 This particular figure is from their 4.5" Gild Up Heroes line. This figure is actually very cool. It's fully articulated, with ball joints at the shoulders, hips and feet, as well as joints in the elbows, wrists, knees, and 2 joints in the neck. You can do a lot with it, and it has the articulation you wish your old Star Wars figures had. The main joints are held together by metal screws and rivets, giving the figure a nice solid feel. The paint job has metallic paint with multiple applications, giving it a highly detailed look. The design is reminiscent of Kamen Rider - very heavily influenced by Japanese design. 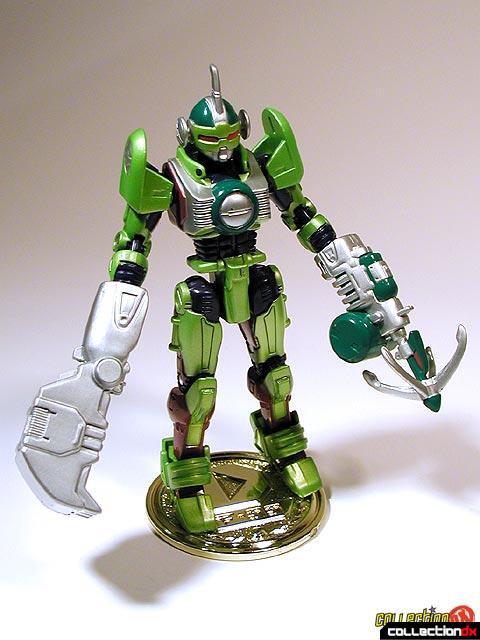 Sam comes with 2 accessories - a grappling hook and a shovel. I'm not familiar with the show, so I'm not sure what purpose each one serves. A trading card is also included. 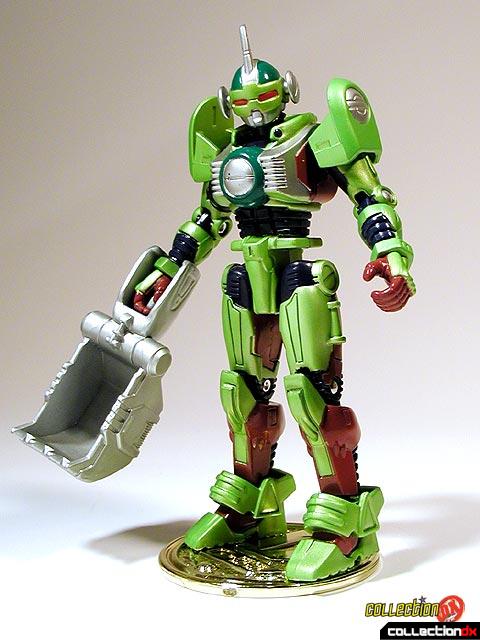 Another really cool touch is the Microman-like display stand. The gold chrome really compliments the metallic paintjob of the figure. There is a peg in the stand that fits in the hole in either foot of the figure. This figure could definitely blend in with a Microman collection. 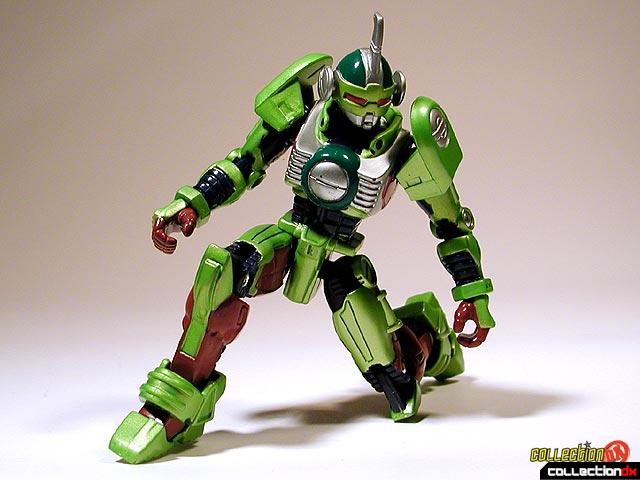 Even if you have never seen the show, these little figures are worth picking up. Collectors will dig the detail, construction, and design, so these figures aren't just for kids.

For added fun, this DICE figure is the perfect size to sit in the cockpit of Yamato's Scopedog. 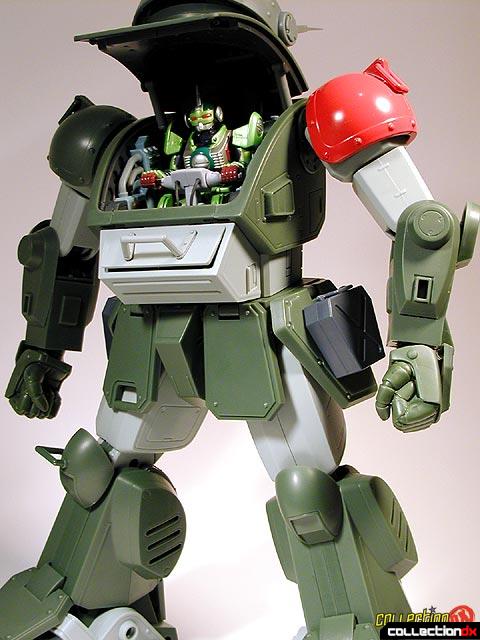