Cobra this time around has taken to using a mechanized army to take over the world much like the Trade Federation in the Star Wars films with varying degrees of design depending on the situation they're used for. 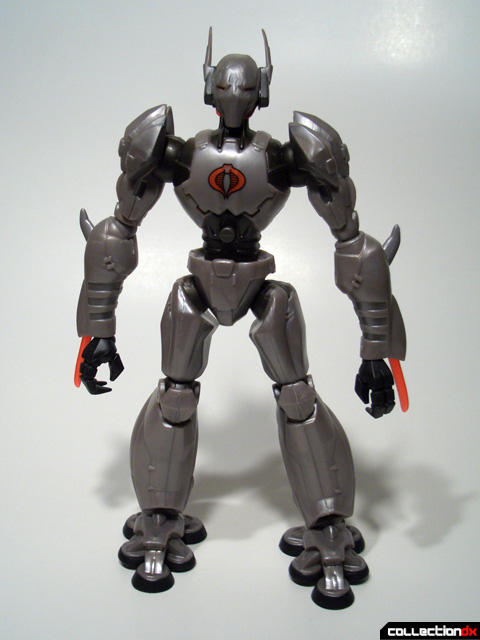 The Cobra Ninja B.A.T is my first villain in the 8-inch Sigma 6 line and again Hasbro continues to impress me with this line. This one is molded in silver with details painted on and no stickers to apply. 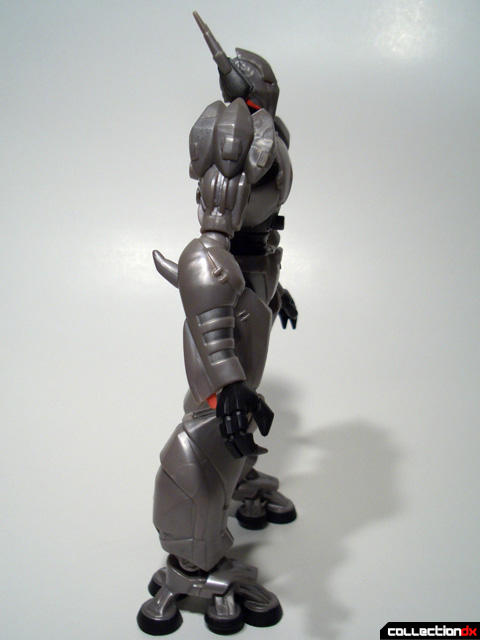 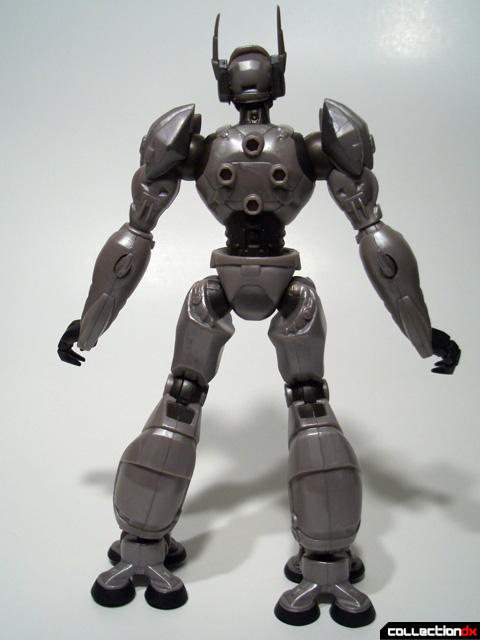 It comes with several decent accessories (1 long sword, 2 short daggers that combine to form a short sword, and laser rifle. Ironically the Ninja B.A.T. doesn't use any of them in the cartoon series. 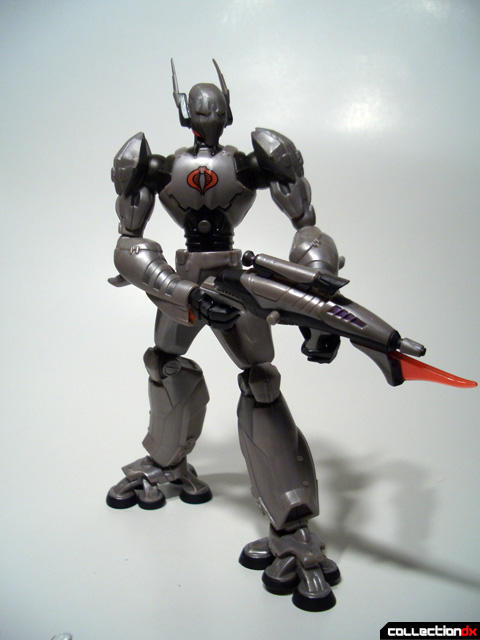 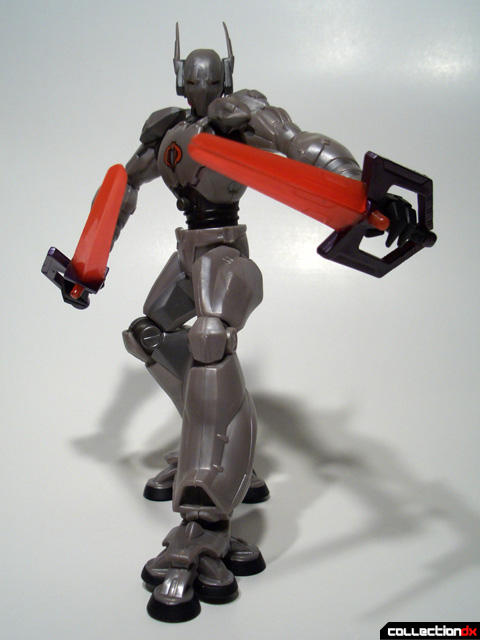 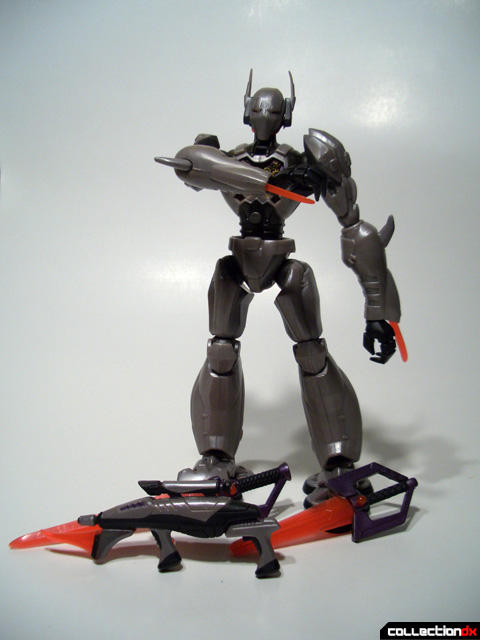 The weapons it does use however include, a pair of spring-loaded wrist daggers which are activated by pressing the spike decoration on the elbows. 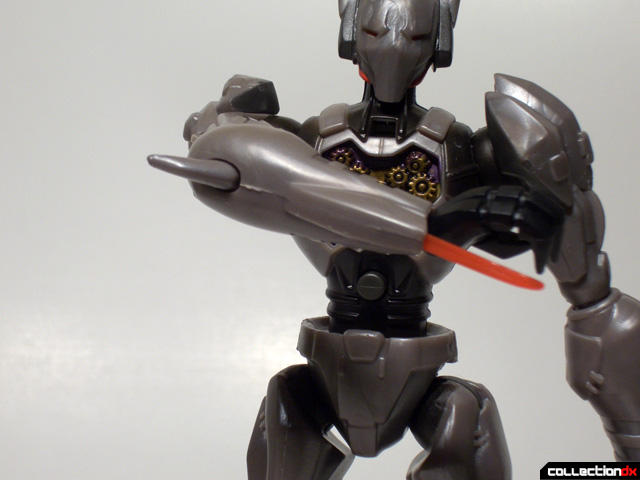 It has thirteen points of articulation instead of the usual fifteen as the left arm is actually on an extendable cord to simulate a grappling claw and the mechanism to retract it is built into the chest. So the chest doesn't swivel up/down and the left arm from the elbow down can only be attached straight on. Not a detractor really as the play value makes up for any lack of possibility in the left arm. 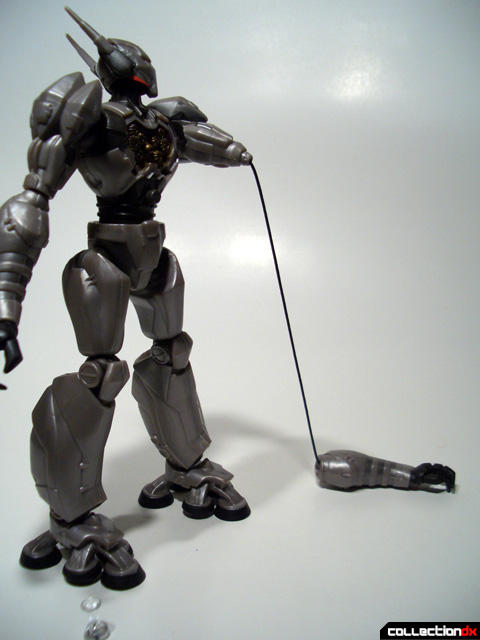 Chest plate removes to expose the gears inside the B.A.T. 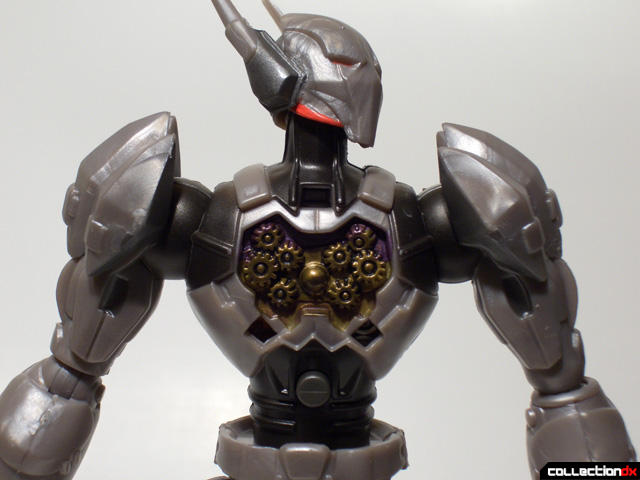 Once again I find myself recommending folks try this guy. If you're a G.I. Joe fan you need to do yourself a favor and try the Sigma 6 line and if you're not this figure makes a great robot to add to any robot collection. At 9.99 it is a great value.