War Of The Colossal Beast

Growing up in Massachusetts, many of us here spent our Saturday afternoons watching "Creature Double Feature", a matinee of back to back classic monster movies. I'm sure each of us has our own fond memories of specific movies, but two films really stuck in my mind. "The Amazing Colossal Man" from 1957 and it's sequel "War of the Colossal Beast" from the following year had a strange hold on me as a kid. It was easy to dismiss many of the other films as pure fantasy, and while I never believed a man could grow to such enormous size, it was the characters mental breakdown as he tried to deal with his unfortunate circumstance that I found chilling. A deterioration of the mind is far more frightening than the growth of the flesh. 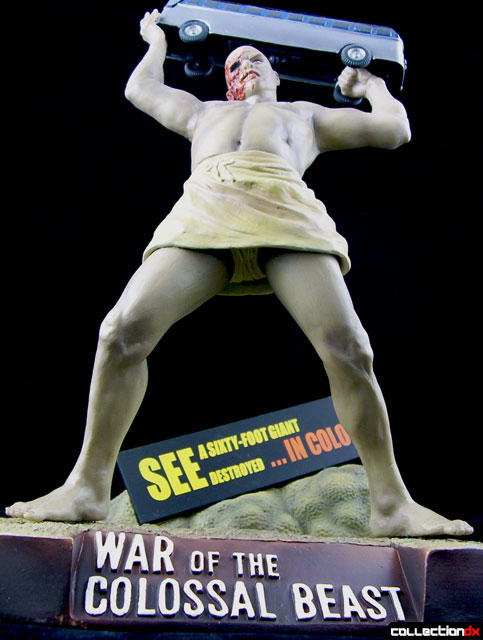 Of course, in this day and age, it's harder to take the films seriously since the special effects are laughable in comparison to what we see now. But back then it must have been remarkable, considering that director Bert I. Gordon seems to have made himself a career consisting largely of films about normal creatures grown to tremendous size.

This figure is the last of the "AMC Monsterfest" line from X-Plus that I managed to snag. For some reason, I hesitated on buying it when it first came out and for awhile I didn't see one. But due to the magic of Ebay, I finally got one a couple months backs, and for less than retail, too.

The figure is pretty well done, in my opinion. I think it was a great decision to have him holding the bus above his head. A colossal man is only colossal if you've got something to show scale, after all. 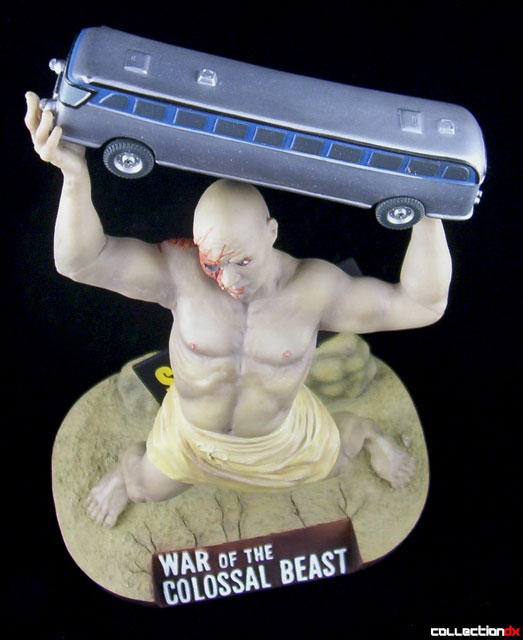 There's been some dissatisfaction with the sculpt of the face, but I think it looks fine. I do think it looks better when viewed from a low angle, but it's not bad overall either. 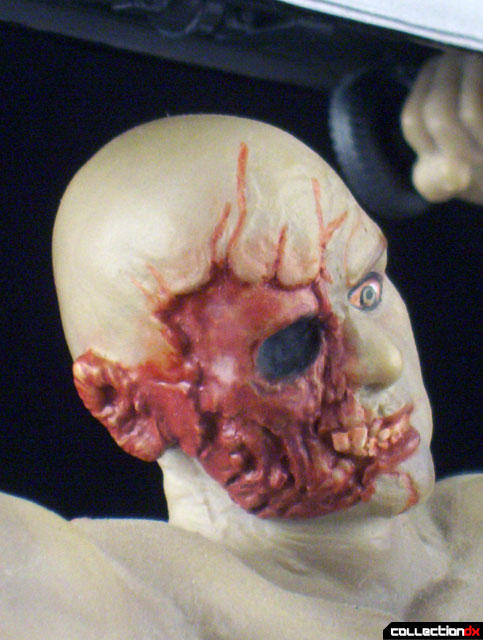 The base is a great addition, just like it was with the previous entries, The She Creature and Marty, the 3 Eyed Mutant. 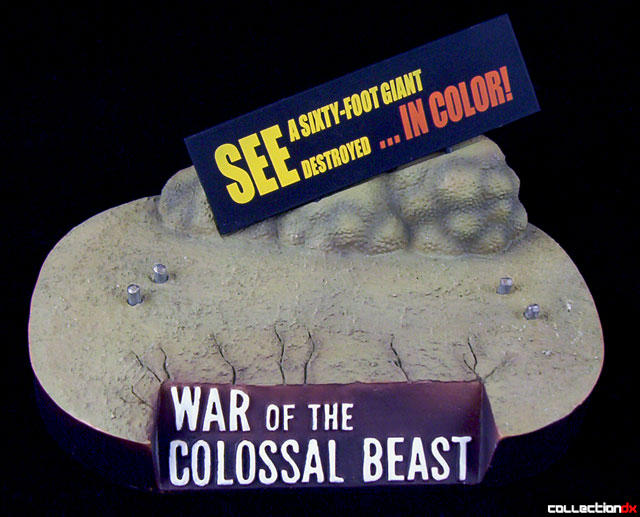 But do you notice anything? How about that ad line? "See a sixty foot giant destroyed.....IN COLOR!" Did you see any color in the trailer above? I sure didn't. The fact is, only the ending (which is given away in the tag-line, of course) is in color. Less than 1 minute. Ahhh, I'd say I miss the 1950's and it's cheap marketing gimmicks, except of course, I never lived it. I'm forced to live it vicariously through these toys. On the bright side, kids in 1958 didn't have Colossal Man toys so I guess I can't complain, can I?