In 2003 Yamato released a series of trading figures from the 90s hit Rurouni Kenshin. Initially released as blind box figures in Japan, they were later brought to the US as carded figures. I purchased Sanosuke Sagara sometime in 2004. 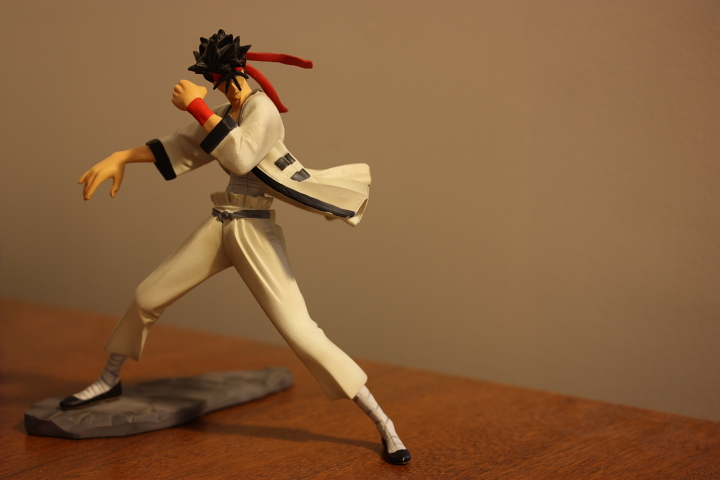 Sanosuke initially shows up as an enemy and has a fight with the series' main character Kenshin Himura early on. After his defeat he decides to give up being a fighter for hire and decides to tag along with Kenshin and his comrades. Sanosuke uses an enormous zanbatō at first, but later decides to focus on hand to hand combat. 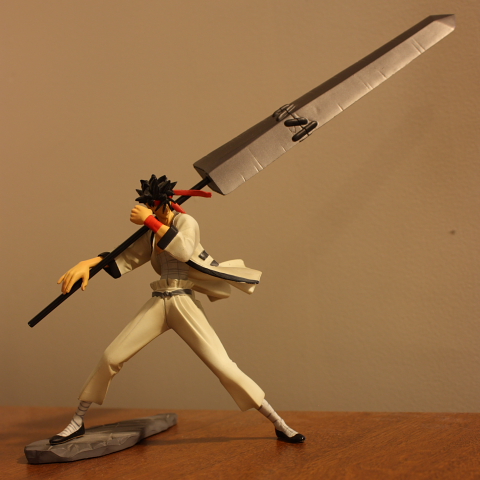 The symbol on his back is 惡(aku), which can be translated as evil. He wears it to emphasize his hatred for the meji government that slaughtered his comrades years ago during the revolution. 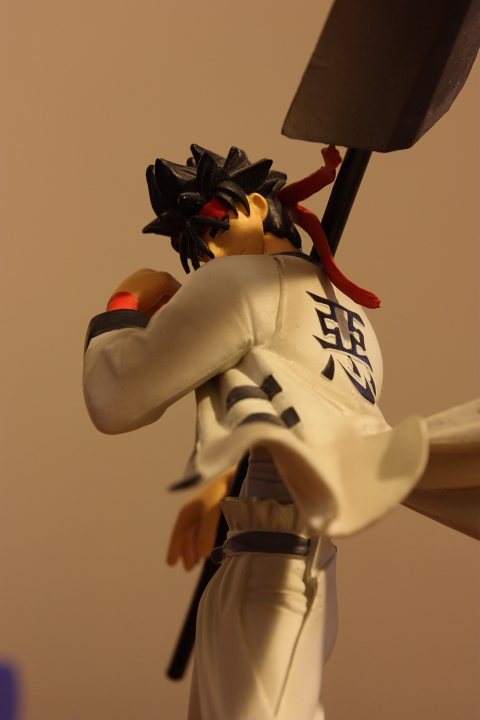 Onto the figure itself, it is mostly PVC with some soft parts for the coat and headband. The base and sword are hard plastic. Sculpt and detail are good, and paint applications are sharp with no notable issues. He stands 5 inches to the top of his head, the sword is just over 10 inches long, and together the figure is just about 9 inches tall. It is a fantastic looking piece, with great shelf presence. 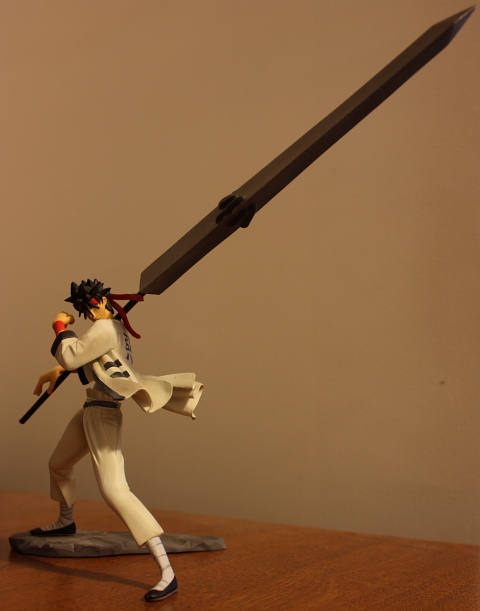 Overall this is a great figure especially for its price point. If you can still find one I highly recommend picking it up.