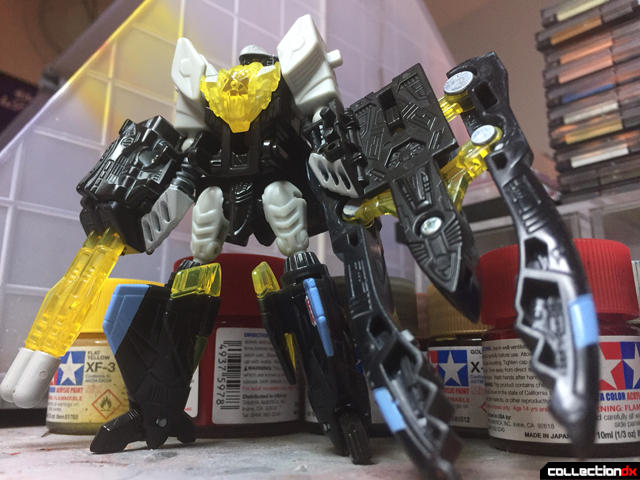 Next in the set is Night Cruz, (same spelling as Ted Cruz) a repaint of the scout class futuristic jet vehicon "Spystreak".

In vehicle mode, Night Cruz is a predominantly black Cybertronian blackbird jet. Most of the black plastic here is actually accompanied by grey panel lining. It looks great and really calls into question why Hasbro doesn't do more deco like this. Breaking the black and grey monotony up are some pale blue highlights here and there, and a neon yellow cockpit windshield; It's a little garish but I don't mind. 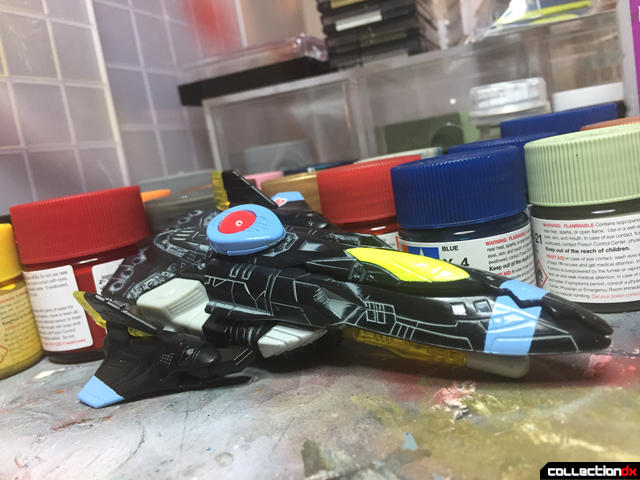 Night Cruz actually has a gimmick in this mode to fire it's missiles. There is a red button on top of the jet that when pushed forward makes the nosecone open up, and two translucent yellow missiles fire beneath it. The seemingly unnecessary touch of the nose opening comes more into play in robot mode than alt mode but, it's still a nice inclusion. 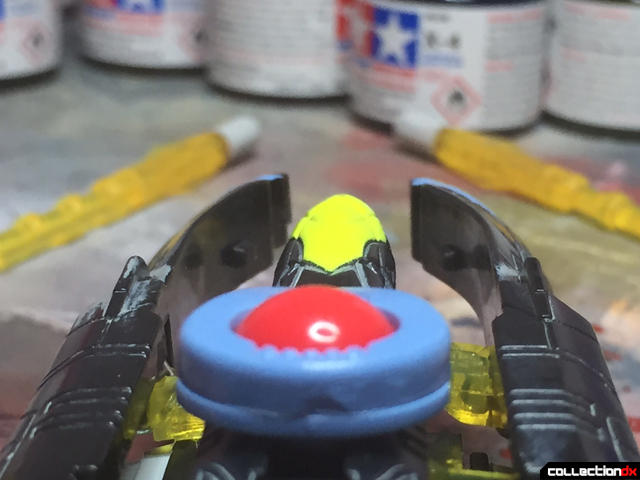 The transformation is very predictable; more a means to an end really. The legs fold out from the back, the middle is the body, and everything else is the arms. What you're left with is... interesting.

The robot mode here is something rarely seen in gimmick-reliant figures like this. Despite the fact that the arms are literally just the missiles and the entire huge jet cockpit, only there for their gimmicks, the finished robot looks really cohesive and actually kind of cool. Something about the proportions, color scheme, and the really detailed (admittedly evil looking) head sculpt come together in a way that shouldn't work at all, but it does. 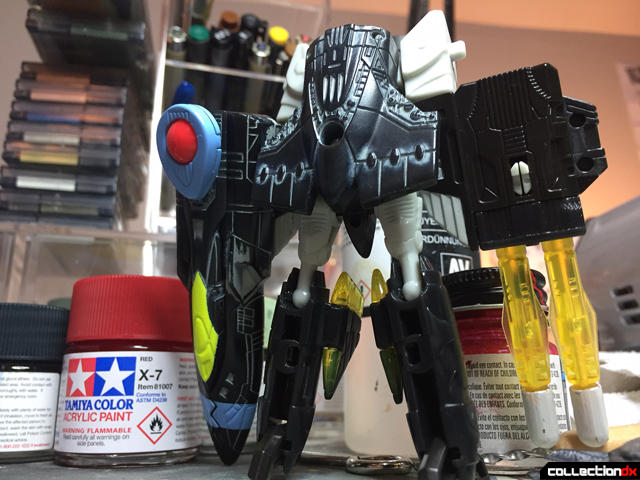 To top it off, Night Cruz's small feet actually support the weight of his huge arms, so balance isn't an issue. Neither is articulation, meaning that you can strike as dynamic a pose as thing design allows. 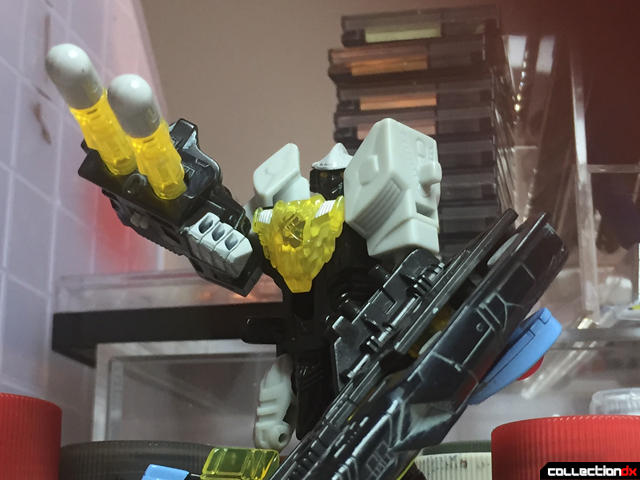 It should also be stated that Night Cruz stands in the middle in terms of height between the three, and is probably average height compared to a more recent Deluxe Transformer. 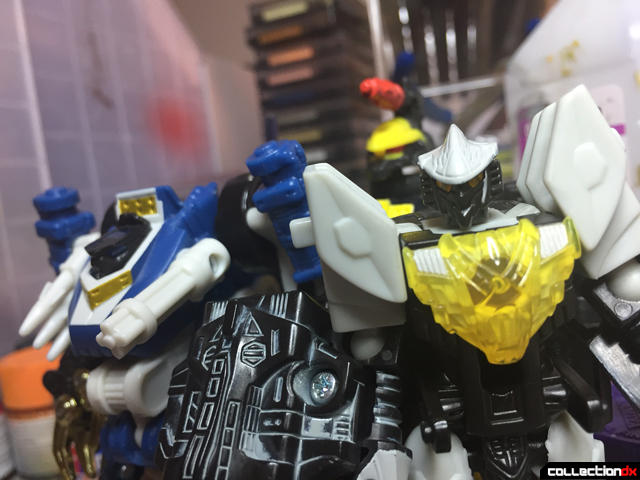 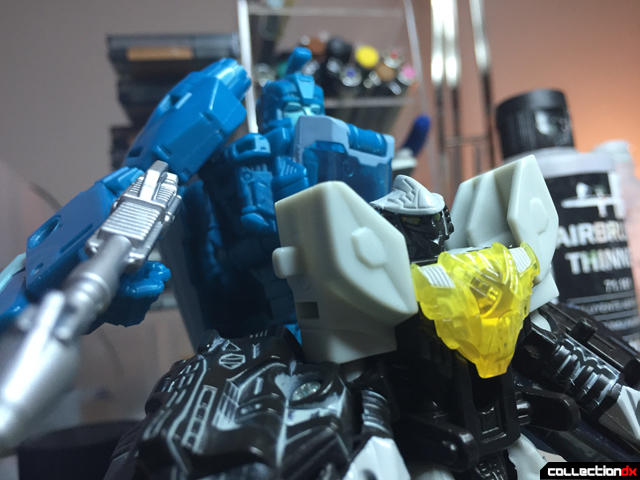 Considering those points, I'm glad to say Night Cruz is much better in my eyes than Mirage GT. It doesn't seem good on paper, and you might not be able to tell without having the mold for yourself. It makes me very glad that I found this set on Transformerland.com because if I didn't, I wouldn't even know this 3 pack existed!

Regardless of that, I confidently say Night Cruz is a good figure but not the best in the set because remember, there's still one more...