Franken Steela is from the first series of Yasushi Nirasawas' "Resurrection of Monstress" series. Steela is obviously a take off of Frankenstein, but done with a Nirasawa slant. 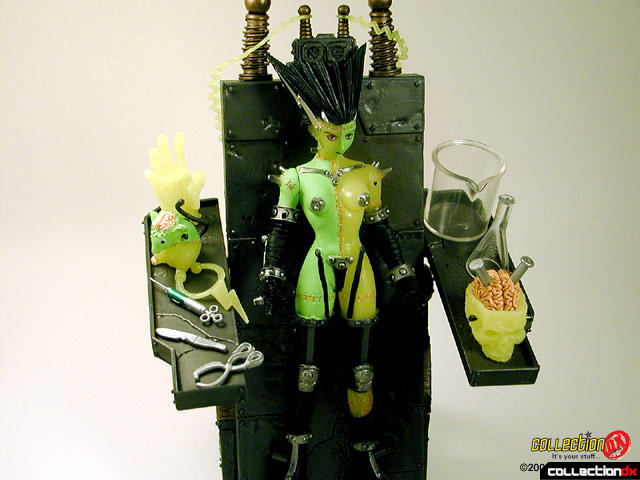 The figure and base combined are 9 1/2 inches tall. Steela is made of PVC while the base and accessories are made of a harder plastic. It is articulated at the neck and shoulders only, making it more of a statue than a figure. The figure comes with a load of accessories, such as: 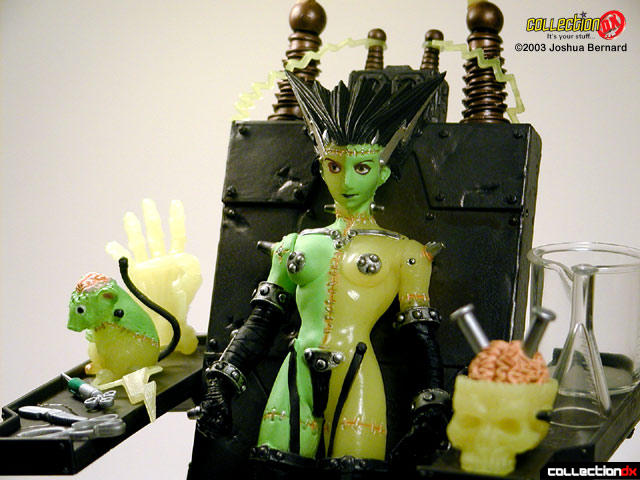 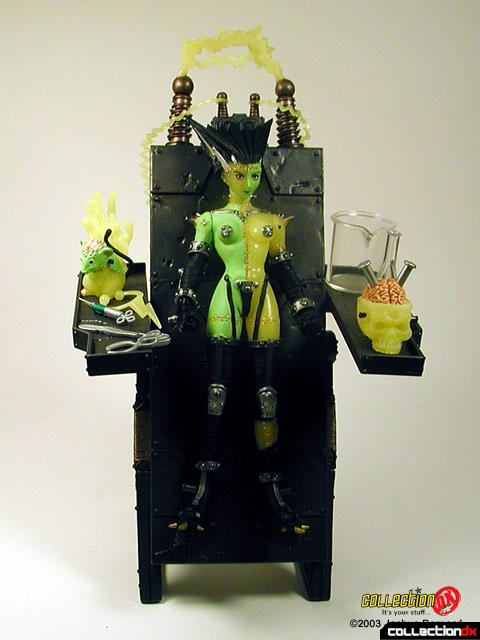 The version shown is the Limited POP version, with a day-glow color scheme. The regular version has much more muted colors. 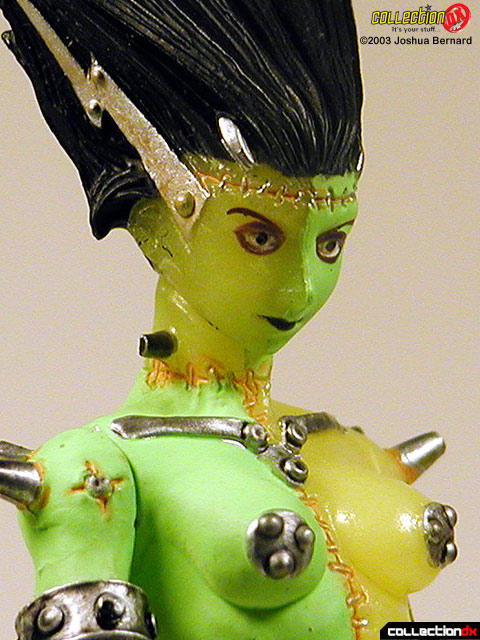 Victor Frankenstein's last bloodline Guille Frankenstein has created a new being from the brains of intellects around the world and stitching body parts from various super models. 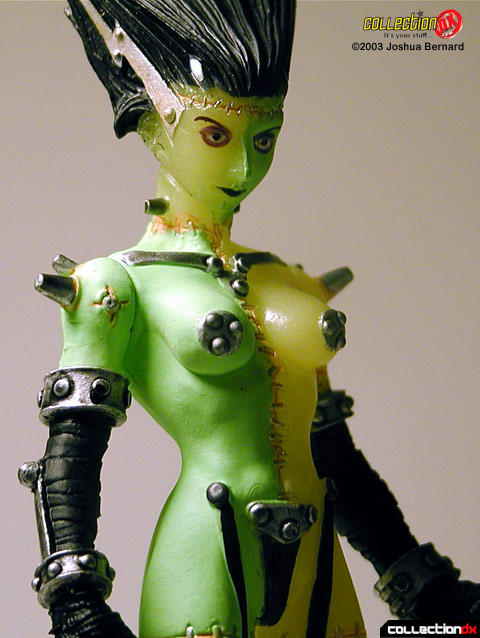 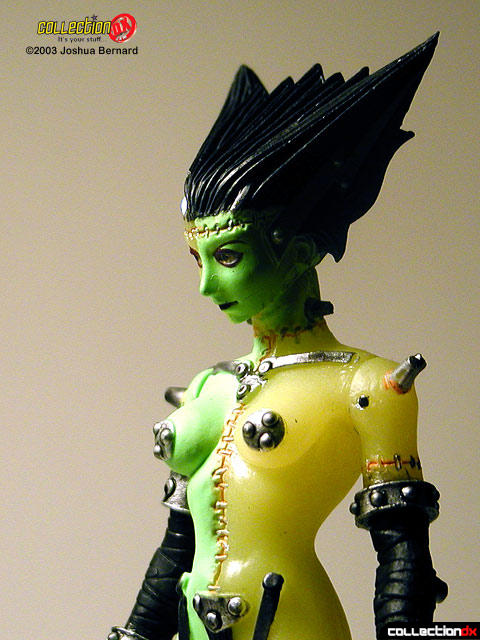 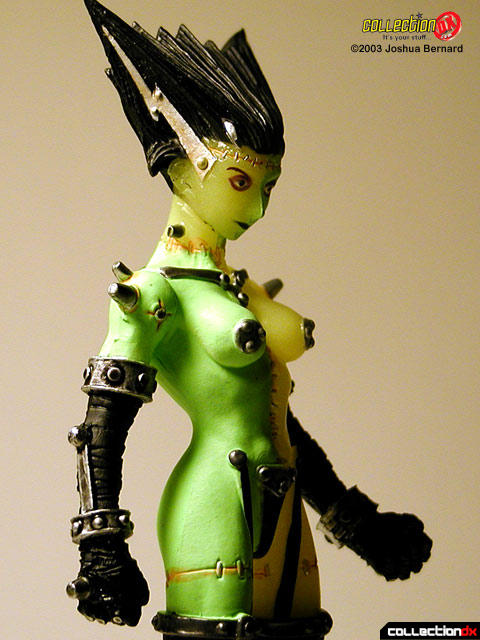 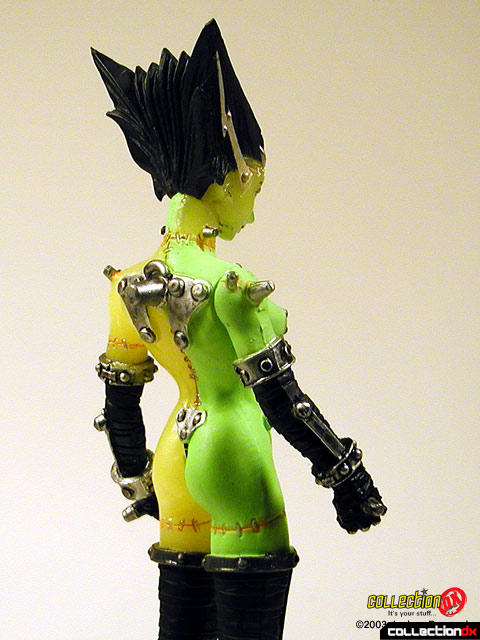 Steela has born into the world destroying the castle with her right handweapon "Electra". 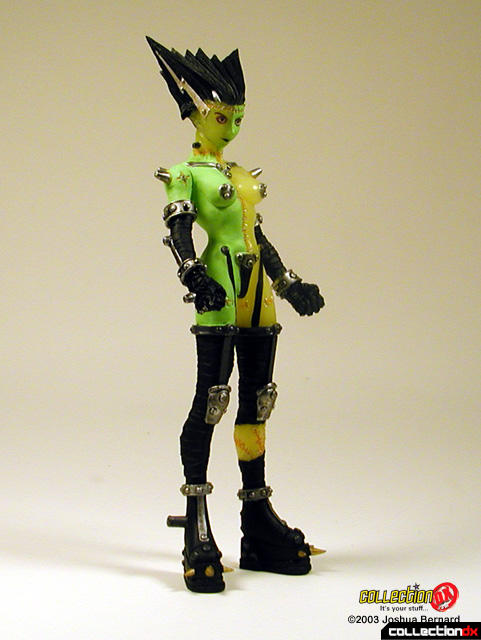