R5-D4 is the unsung hero of the Star Wars universe. If it wasn't for this droid's bad motivator, Uncle Owen would have bought him instead of R2-D2, and the secrets to the Death Star would have been lost in the sand.

I have always loved this little droid. I had the small one as a kid, with the clicky head and the stickers for details. So when it came time to introduce my son to star wars, I made a point to show him R5-D4 in every movie, and in every book. R5-D4 is now his favorite droid, so I hopped on eBay and picked up this guy for him.

This R5-D4 is part of the Action Collection, a series of 1:6 scale figures from the original trilogy. R5-D4 was a Wal-Mart exclusive.

The droid stands around 6" tall and features a rotating head, moveable legs and feet, and an extending third leg. The antenna goes in a hole in the head, but that is the only assembly. The feet have tiny wheels on the bottom so R5-D4 can roll around. 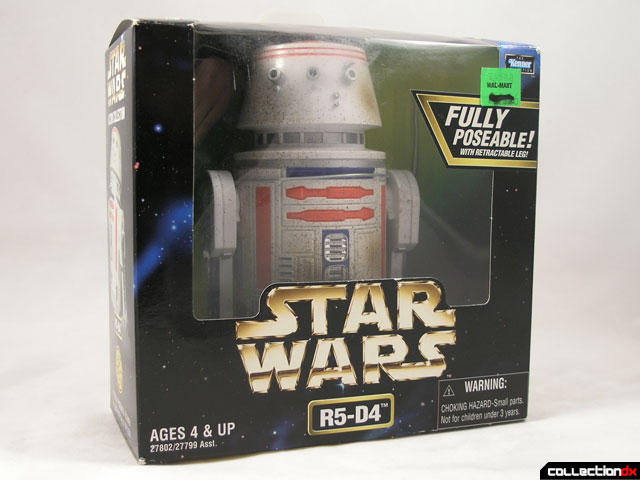 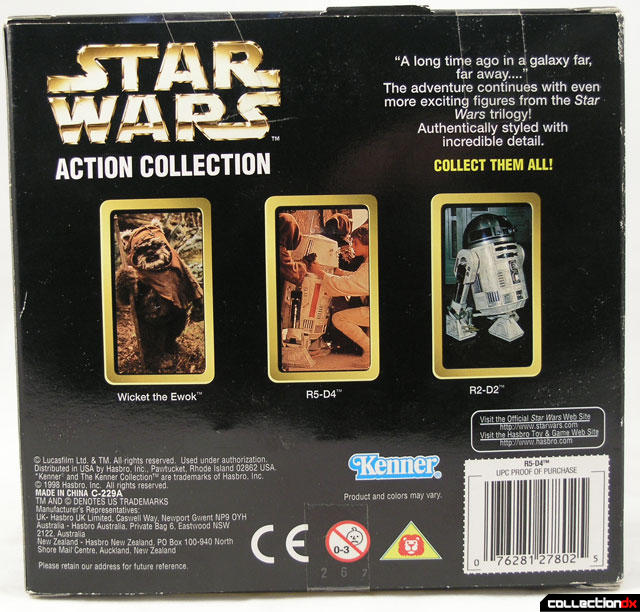 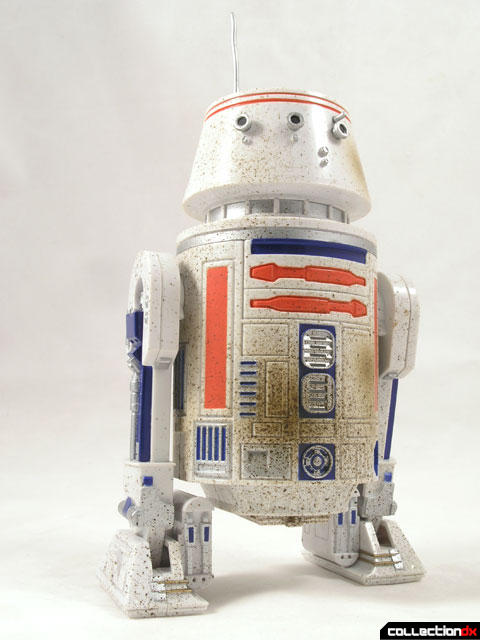 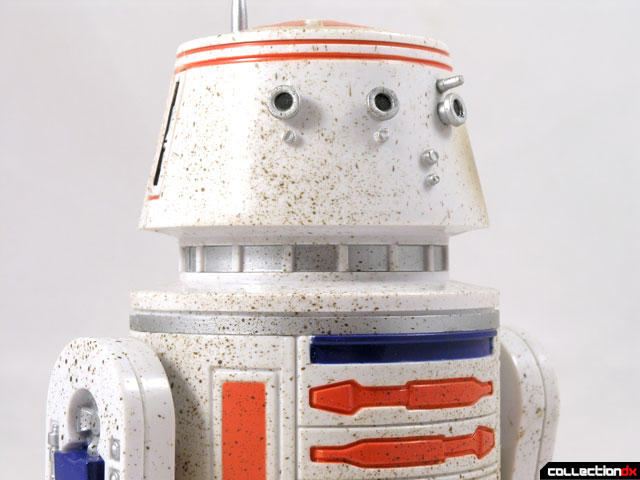 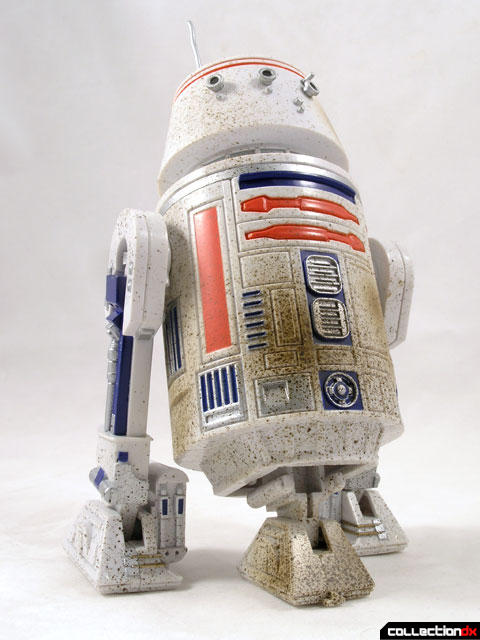 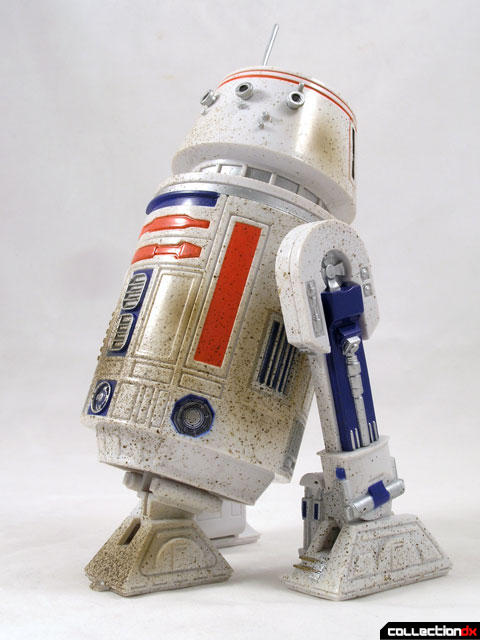 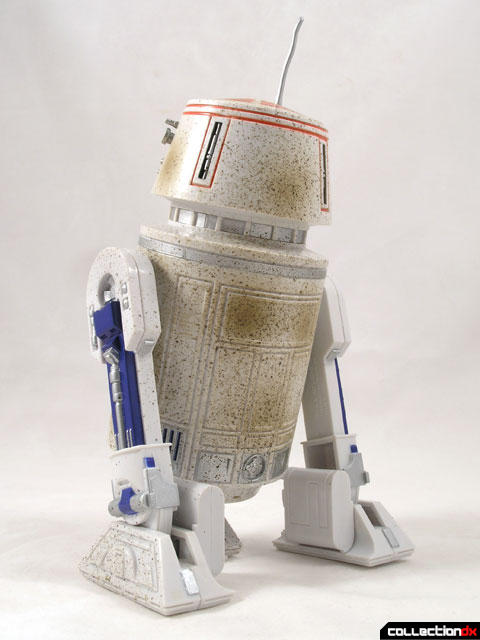 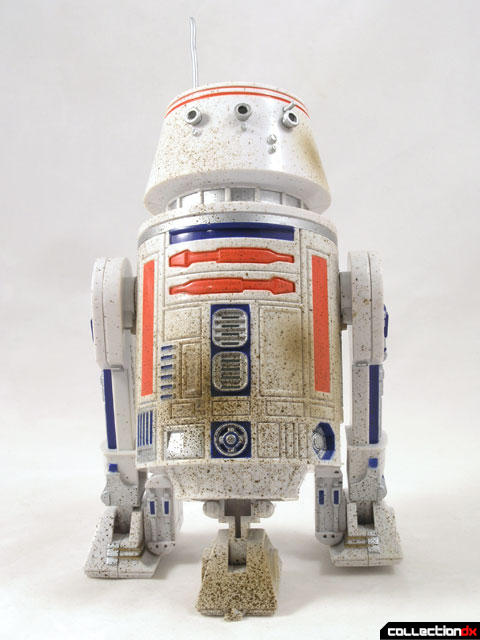 Unfortunately, R5-D4 doesn't really do anything. There are no action features, no clicky head, and no electronic sounds. I suppose you can't expect much at the low price point, but still, it would have been nice to get a little more.

My son doesn't care though, he got his R5, and that's all that matters.