Just when you think you’ve seen it all, another mystery reveals itself.. 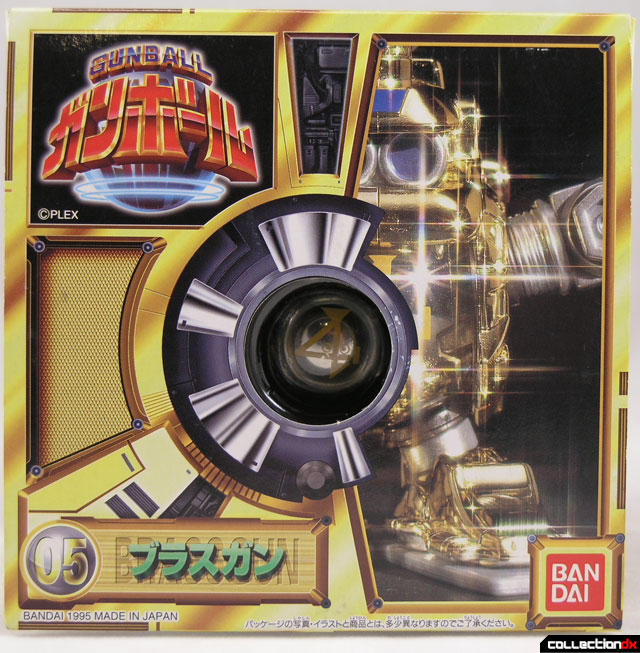 I was at a flea market a few weeks ago, scrounging around for hidden treasures as usual. I came across one booth that had a lot of transformers, old magazines and comics, and much to my surprise – a few Japanese toys. There were a few Ultra Kaiju, some SD gundam kits, and this guy – Brassgun. The guy said he was a friend of Mike Z from Day-Old Antiques from back in the day. He mostly dealt in records, but occasionally he would get some toys from Mike. Once, Mike had a flood in the basement, and he got a bunch of toys from him for cheap. 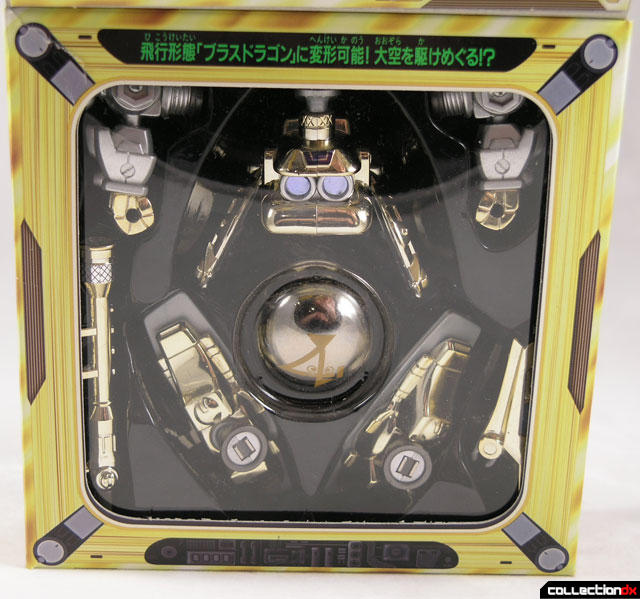 Now, I know nothing about this toy, but to come across an undiscovered toy at a flea market, with a guy who used to know Mike Z, well.. I had to buy it. 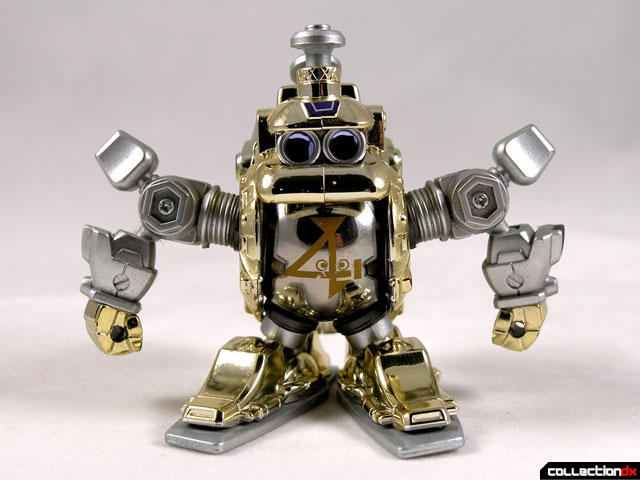 Brassgun (ブラスガン) was made by Bandai in 1995 as part of a line called Gunball (ガンボール).  Gunball existed only as a toy line - as far as I know there was no TV show or anime for it. In fact, the copyright on the toys is ©PLEX, not Bandai, so it appears it is an original PLEX design, marketed by Bandai. There were only 5 toys released in the line so I am assuming it did not do too well. 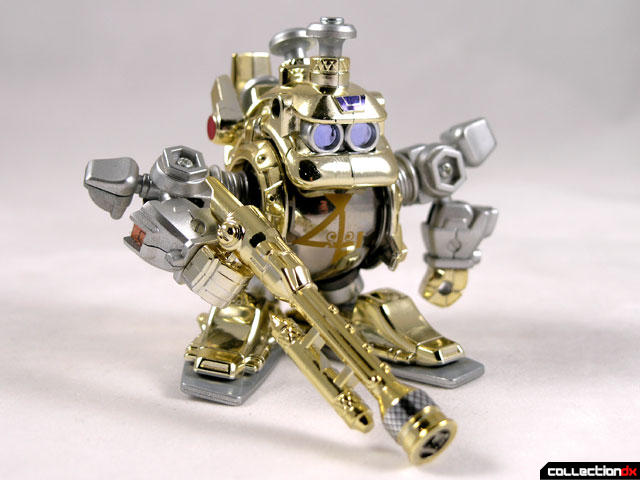 The toy consists of a solid metal ball and several magnetic limbs that attach to it. The main armor is one piece that grips the ball with rings on each side. You can then attach the arms and legs anywhere via magnetic attachment points. Brassgun also has an alternate dragon mode made by rearranging the parts. Included is one weapon, a gun that looks very similar to a trumpet. 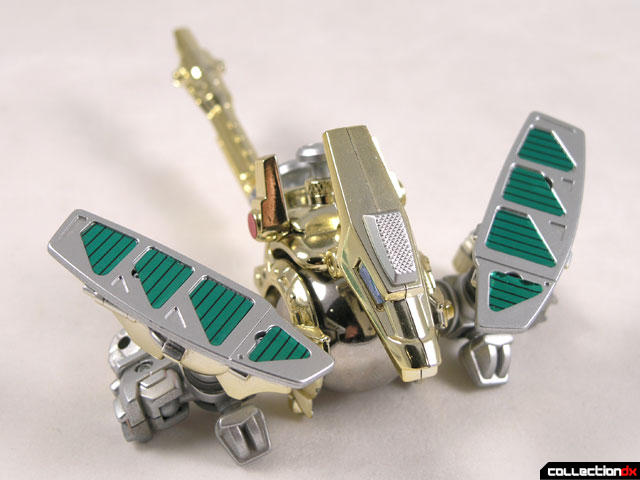 This is a neat little toy, and its design is very similar to some of the Gold Lightan toys. Seeing this glint of gold at the flea market was like finding the proverbial hidden treasure. I wonder what other surprises are out there… 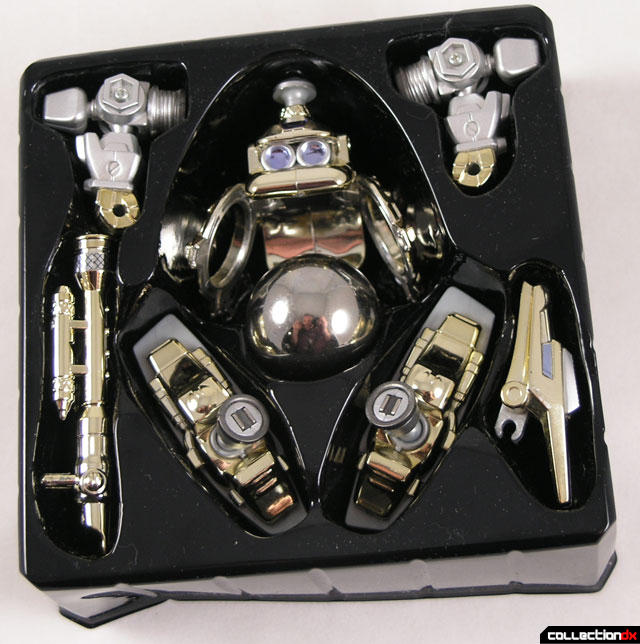