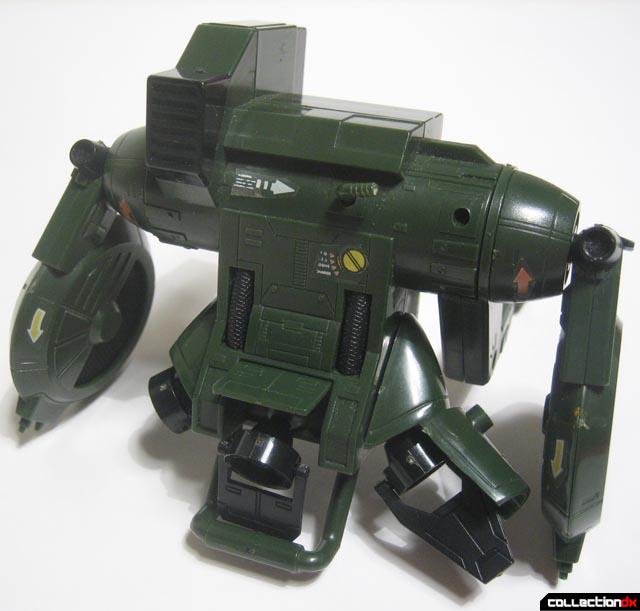 The first of the two Bandai’s 1986 SF Spiral Zone optional backpack units was Act 8: Personal Floater. Nearly 25 years later Personal Floater is still one of the easiest items to locate inexpensively in mint sealed in the box condition. 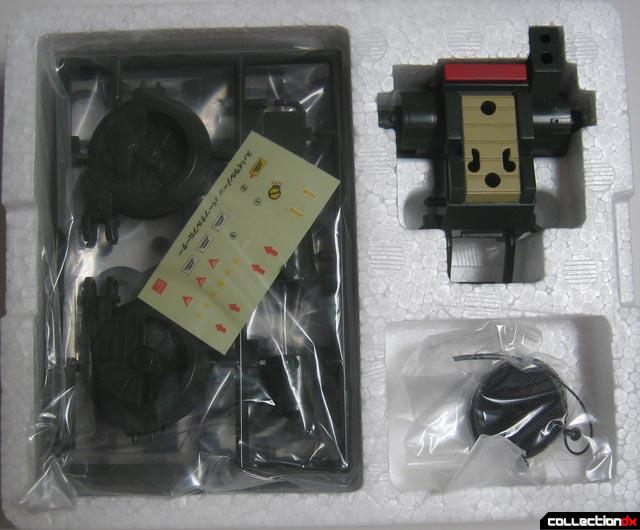 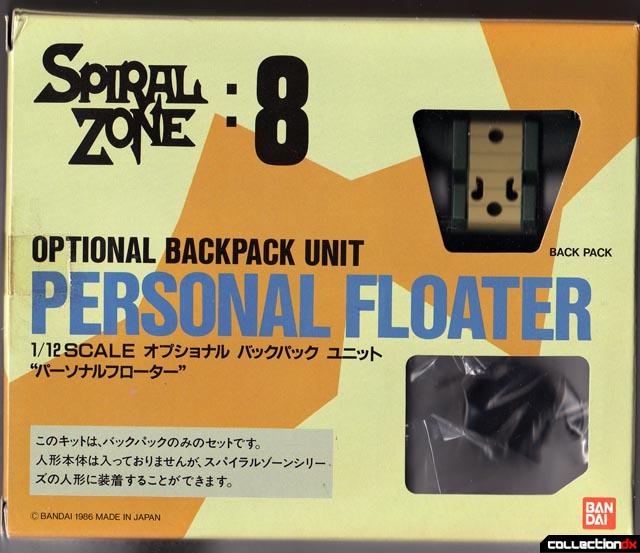 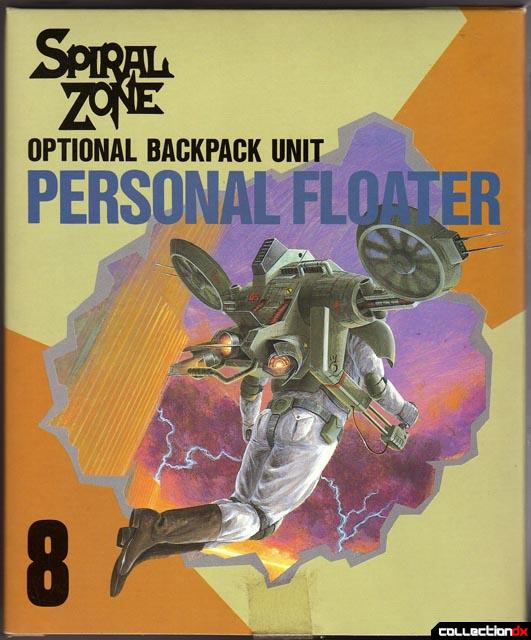 The box is small compared to the other Spiral Zone releases but still has some of the great features found on Spiral Zone packaging. The two display windows feature the preassembled floater backpack and the mesh screen parts, screws and floater fans. The back of the box features another beautiful painting of Act 1: Bull Solid in flight with the Personal Floater with the backdrop of another abandoned skyscraper and a lightning-filled purple and orange sky. 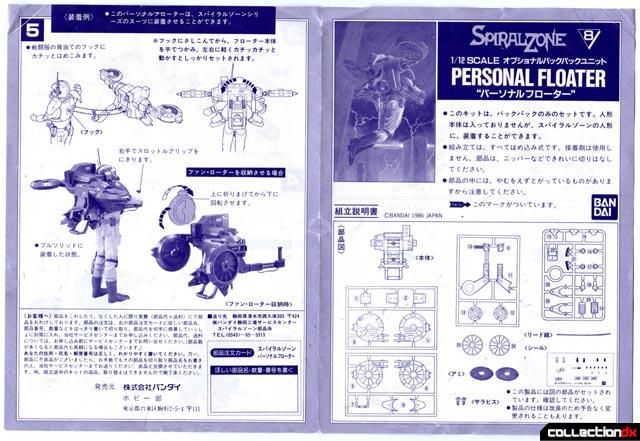 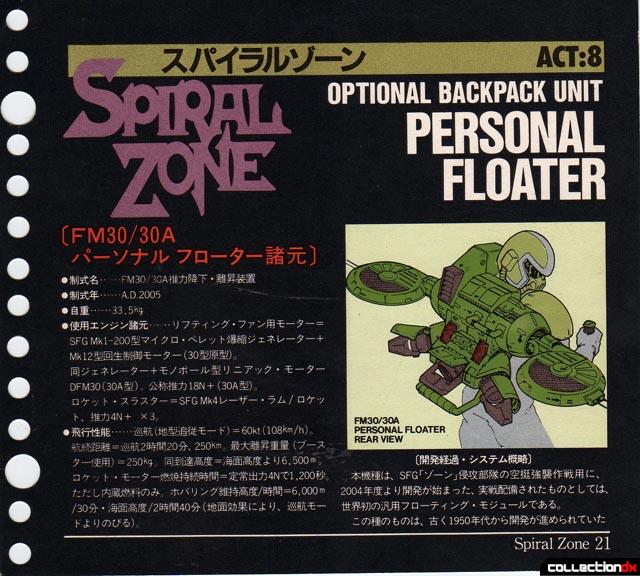 According to the file card Personal Floater was first used in 2005 with a maximum flight distance of 250km and hovering height of 6000m. There are no weapon systems on Personal Floater and although PF can be used with all the Spiral Zone figures it is colored for Act 1: Bull Solid. 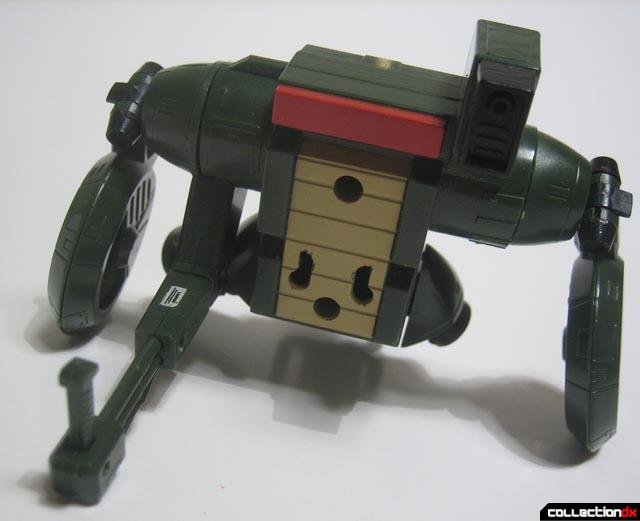 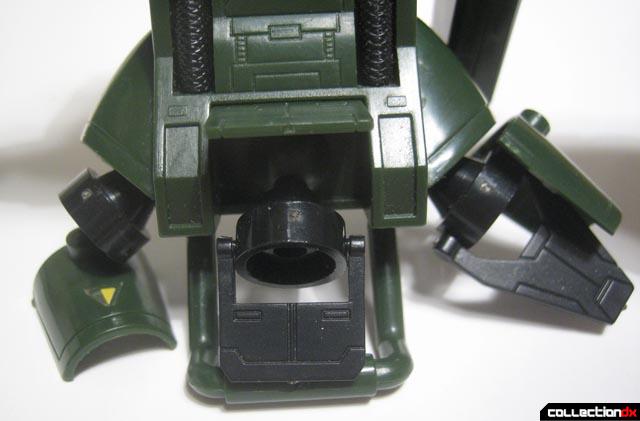 The core of the Personal Floater is already preassembled for the collector but take about three hours out to build up PF not because it is difficult to build but many of the parts are extremely fragile and I highly suggest purchasing sprue cutters from a local hobby shop to get a clean cut of the parts of the sprue. A small crosshead screwdriver is also needed to assemble the toy in three places. 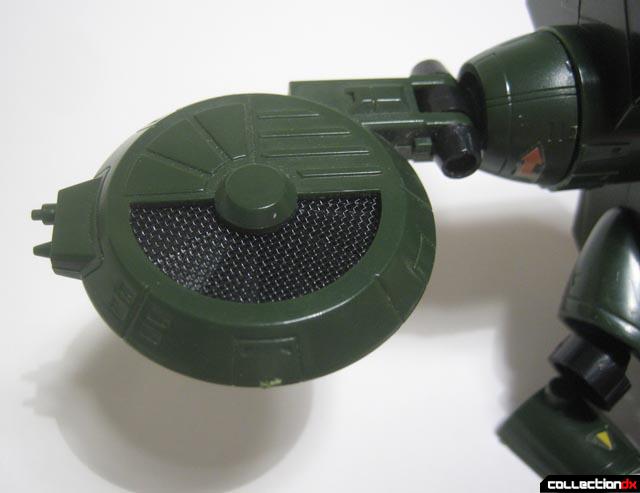 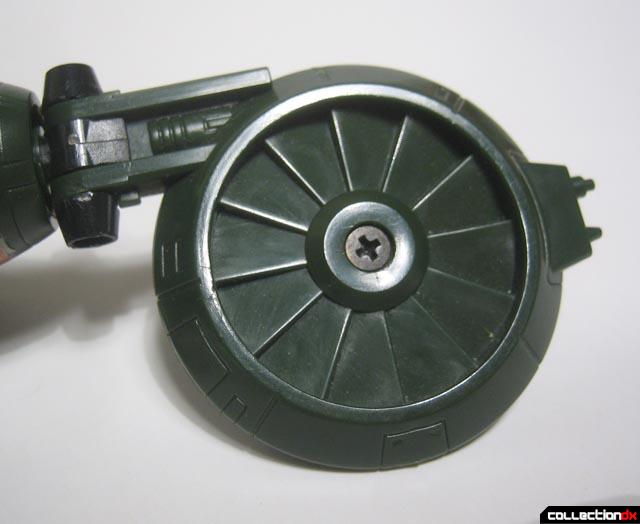 One of the best features of the PF is the screen mesh that is used in the cavity of the PF fan, which looks great in scale with the figures. They are inserted into the fans and are firmly held in place with screws. The jet nozzle fans are also some of the most intricate looking pieces of PF but also the most fragile parts and are easily broken. Great care is needed in putting the parts on the nozzle. 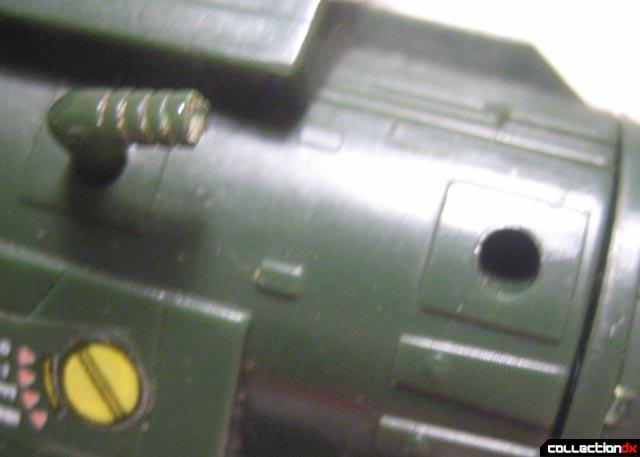 Also, the Handle (Part 7) should be taken off if you are going to put the parts back in the box as the Styrofoam does not have an opening for the part and is easily broken in the tray. The PF direction handle also comes with a plastic wire that attaches to the bottom of the handle, which is a great detail in scale. 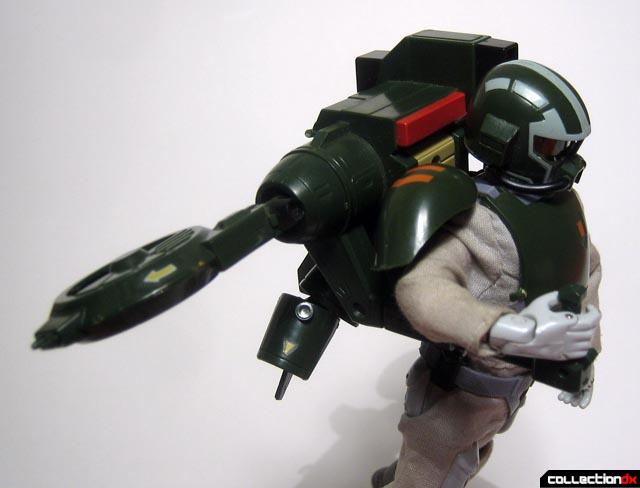 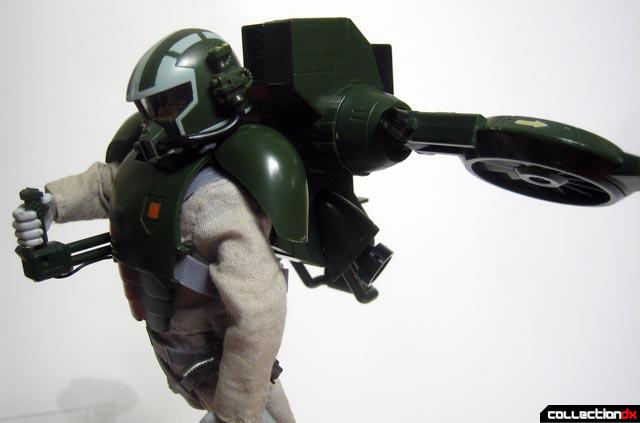 Although PF is a great looking accessory for the Spiral Zone figures I never really liked the look of the backpack on the figure, as it sits to high on the back and looks to top heavy and unrealistic. It really looks quite boring with a backpack on the figure just standing there and I always liked the look of the figure holding the PF from the carrying handle. Considering the availability of aftermarket anime figure action stands I think it would look great in flight mode as action seems to be missing when the figure is just displayed with the backpack on. 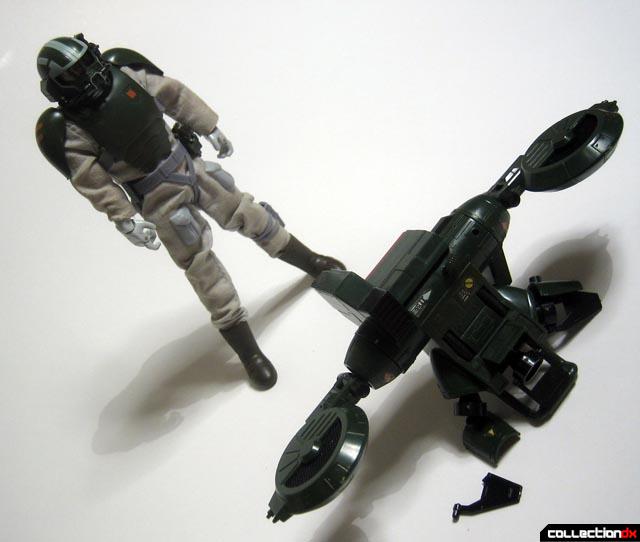 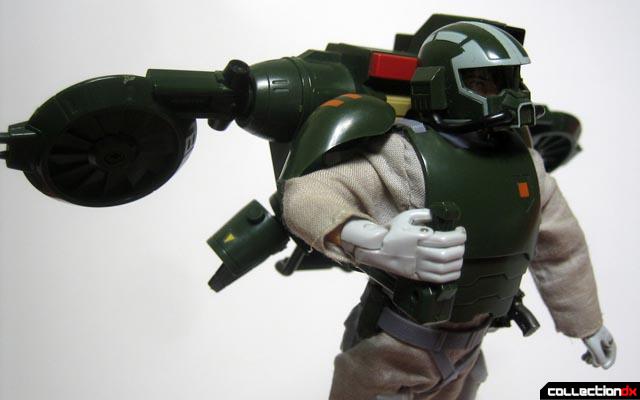 Act 8: Personal Floater is still the easiest Spiral Zone item to locate. They are always on Yahoo Japan and I just recently just purchased a NOS sealed PF floater for $10.00, $5.00 less than for I what I purchased my original PF for back in 1986! It is a quick pick up for the Spiral Zone collection and with a good anime display action stand it has the potential to be a standout figure and accessory set in the display case.